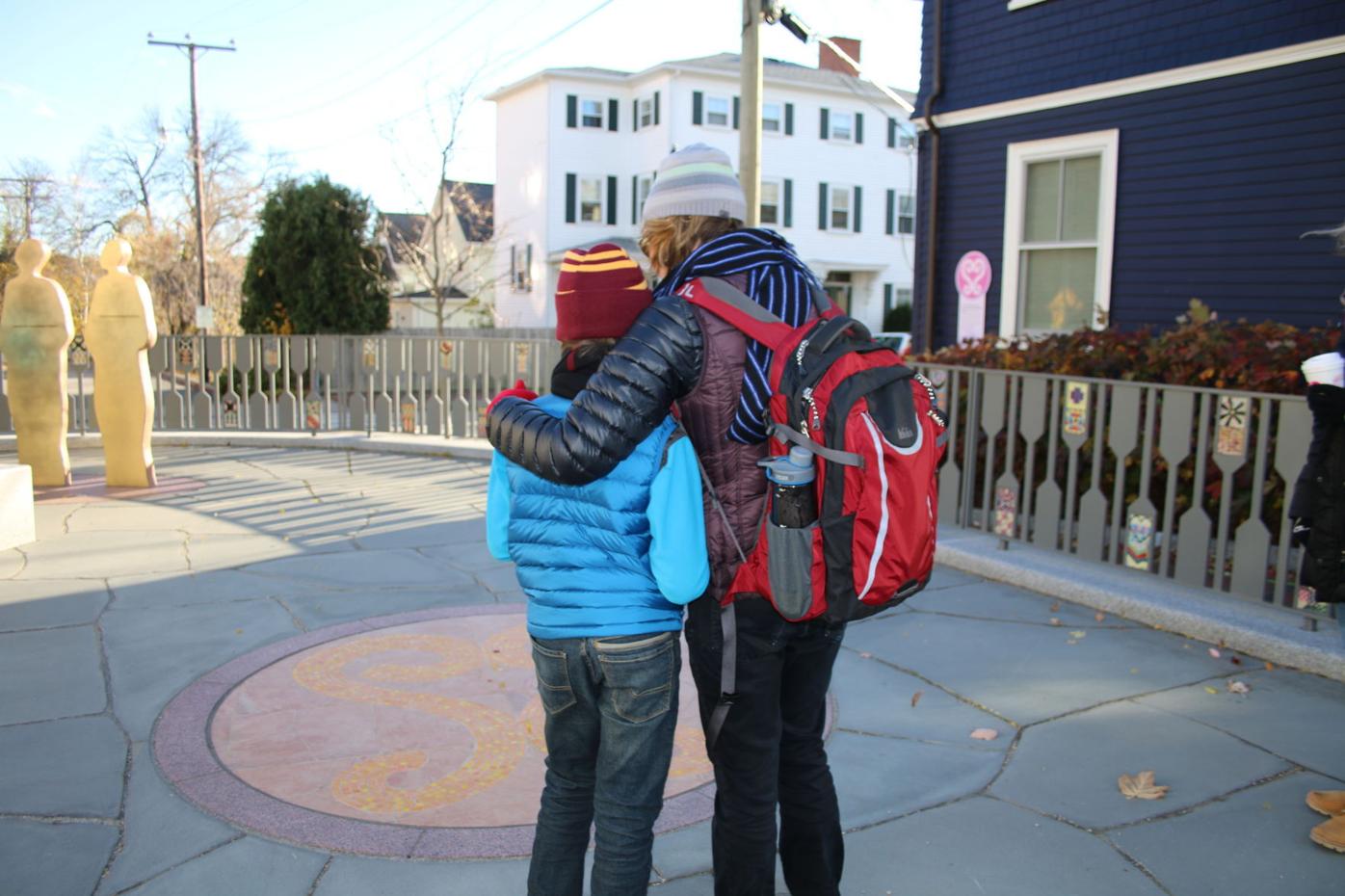 Tonya Ward Singer and her son, Mateo, share a poignant moment at the African Burying Ground memorial in Portsmouth in 2016. 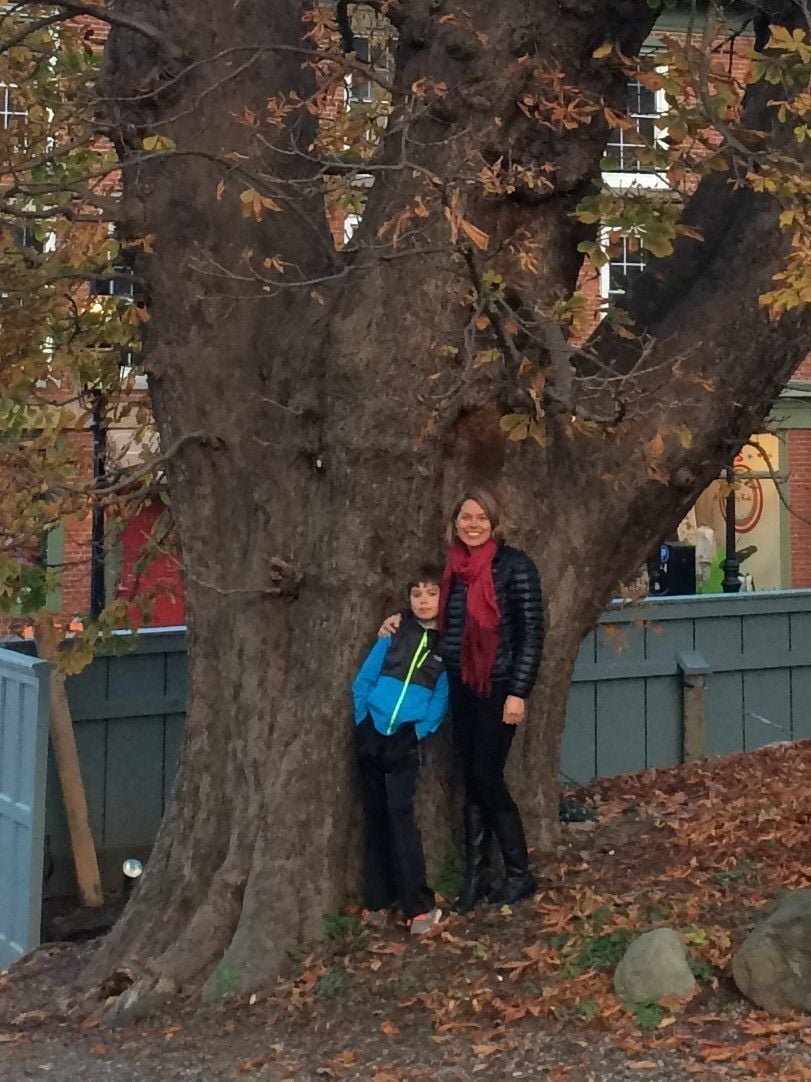 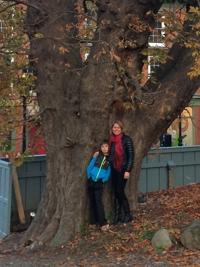 Tonya Ward Singer and her then-10-year-old son, Mateo, visited the Moffatt Ladd House in Portsmouth in 2016 after she learned her Portsmouth ancestors had been involved in the slave trade. This horse chestnut tree had been planted by William Whipple when he returned from signing the Declaration of Independence. 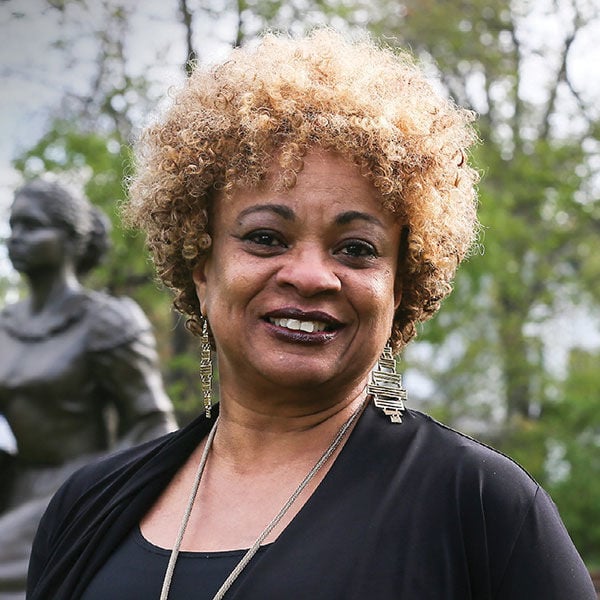 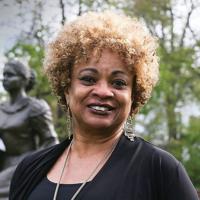 JerriAnne Boggis is executive director of the Black Heritage Trail of New Hampshire. 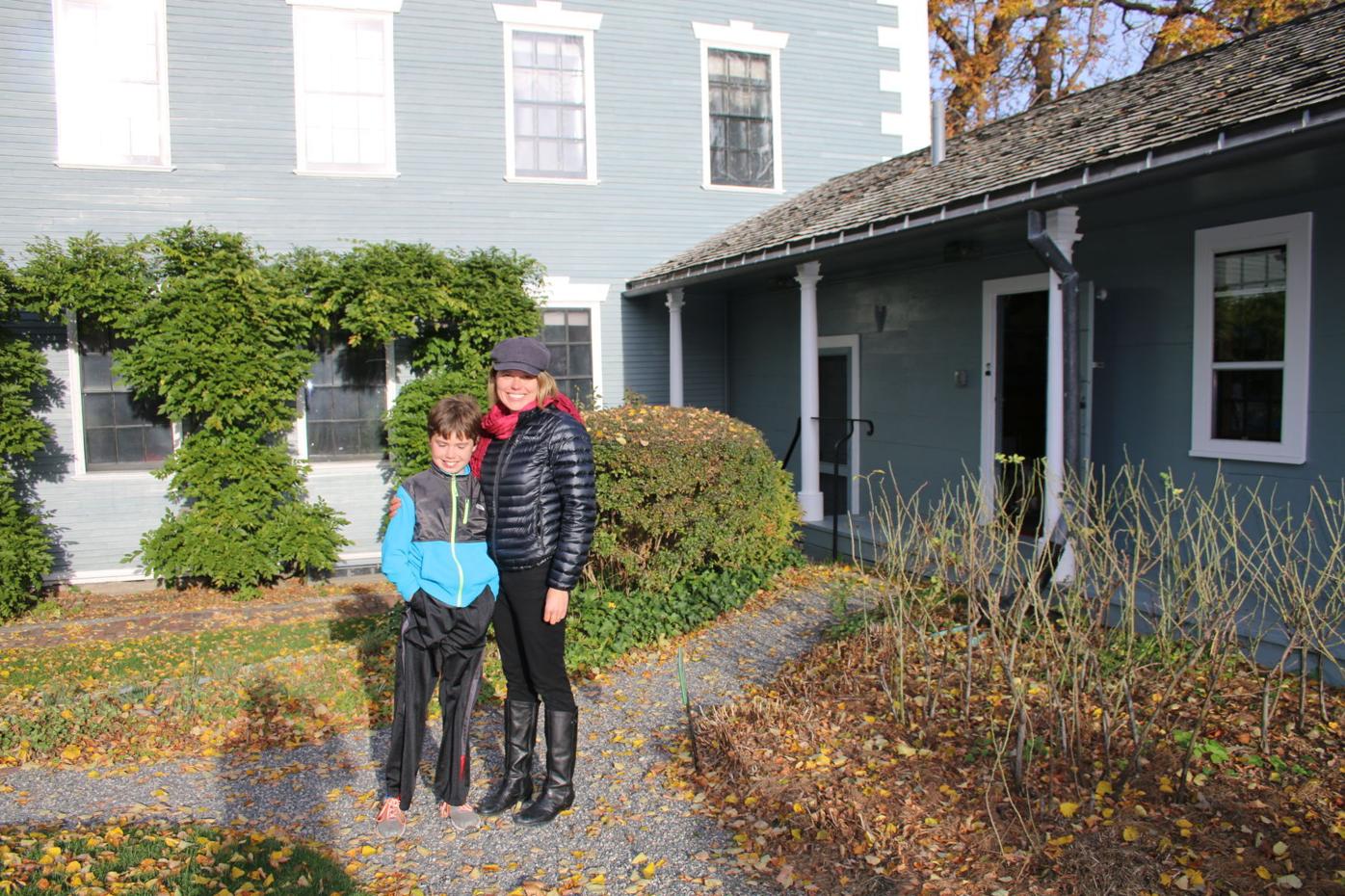 Tonya Ward Singer and her then-10-year-old son, Mateo, visited the Moffatt-Ladd House in Portsmouth in 2016 after she learned her ancestors had lived in the historic home and enslaved people there.

Tonya Ward Singer and her son, Mateo, share a poignant moment at the African Burying Ground memorial in Portsmouth in 2016.

Tonya Ward Singer and her then-10-year-old son, Mateo, visited the Moffatt Ladd House in Portsmouth in 2016 after she learned her Portsmouth ancestors had been involved in the slave trade. This horse chestnut tree had been planted by William Whipple when he returned from signing the Declaration of Independence.

A chance discovery about her family’s history changed everything for Tonya Ward Singer.

Five years ago, Singer learned she was related to some of Portsmouth’s leading Colonial-era merchants — ancestors, it turned out, who were involved in the slave trade.

Singer has since embarked on a journey of discovery and reckoning. She has discovered seven generations of her New England ancestors “were complicit in the slavery economy,” she said.

On Thursday, Singer, 49, a California author and educational consultant in language and literacy, will be part of a virtual workshop on genealogy for the Black Heritage Trail of New Hampshire’s observance of Juneteenth, marking the end of slavery.

The workshop, “Finding Our Roots: Researching Black History & Genealogy,” will offer tools and techniques for anyone interested in researching their ancestry.

Letters from the past

Growing up, Singer never had any interest in tracing her roots. She didn’t even know she had ancestors in Portsmouth.

“I honestly thought that history and genealogy were among the most boring topics,” she said. “That’s how I lived most of my life.”

She was visiting her father in Wyoming in 2016 when she spotted a “big red book” on his shelf titled “The Ward Ancestors.” Inside were papers her grandfather had inherited from his own grandfather, who had been a Union major in the Civil War.

From those records and letters, she learned that her great-great-grandmother had been born in Portsmouth’s Moffatt-Ladd House. Her research has since shown that she is descended from six generations that lived in the home, a National Historic Landmark.

Reading letters from one Sarah Catherine Moffatt to her absent sea merchant husband, Samuel, pulled her in, Singer said.

“I’m just completely hooked. Who are these people?” she said.

But there were later letters, too, from John Moffatt, Samuel’s father, detailing what was in the ships he was sending to his son in the Caribbean islands: “Your wife, the children, the two negroes, the furniture,” she said.

That word — “negroes” — started her journey, Singer said. “I saw that and said, what? Our ancestors enslaved people?”

Singer had so many questions. “And the biggest question was: Why am I learning about this now?” she said. “Why did I not know about slavery in New England?”

The rest of her family was equally unaware of this history and their ancestors’ role in it, she said. “That’s very unsettling.”

JerriAnne Boggis, executive director of the Black Heritage Trail of New Hampshire, said she invited Singer to be part of the genealogy workshop because the history of slavery “is not just a Black story.”

“The story of enslavement is America’s story,” she said.

The reality is that families involved in the slave trade grew wealthy as a result, Boggis said, “and their descendants were able to directly benefit from the slave trade.”

“Telling the truth, like Tonya is doing, is a moment to take that genie out of the bottle,” she said.

Since her discovery, Singer has been delving deeply into her own family history.

She has identified 12 generations of her family in Portsmouth and Kittery, Maine, going back to William Whipple, one of the signers of the Declaration of Independence.

She wants to learn more about the people her ancestors enslaved. (Singer prefers to use the terms “enslaver” and “enslaved” rather than “slave owner” and “slave.”)

Her ancestor, John Moffatt, was responsible for bringing 58 people to Portsmouth in the slave trade, Singer said.

She knows the names of some of those her ancestors enslaved: Windsor Moffatt, Roxanna Moffatt, Cyrus Bruce and Prince Whipple.

Prince Whipple had been brought to Portsmouth from Africa in 1760 at the age of 10. He fought in the Revolutionary War and in 1779 was one of 20 people who petitioned the state Legislature for freedom and for the abolition of slavery in New Hampshire.

Singer visited Portsmouth in late 2016, taking her then-10-year-old son, Mateo, to see both the Moffatt-Ladd House and the African Burying Ground Memorial Park. “It was so powerful,” she said.

“I am working through my own emotions of guilt and responsibility and I am genuinely seeking to be a part of truth-seeking and healing,” she said. “I have a very deep humility and a deep surrender to where this research is taking me, and I am committed to that journey.”

‘The Wall Street of the day’

It’s important to reckon with the past, Singer said, if there is to be progress in the future.

Growing up believing that slavery only existed in the South, she said, “It’s very easy to have this belief system that we’re not part of the problem of American racism. We see racism as a problem caused by other people, to other people.”

Now, she said, “I want to know the truth. I want to understand.”

The truth is that an entire industry grew up around the slave trade, the Black Heritage Trail’s Boggis said.

“It was the Wall Street of the day that everybody invested in and made money from, and those families grew wealthy,” she said. “They had plantations in the Caribbean and they had the mills in the North. They were doing sugar in the Caribbean and cotton in the South and shipping it to their factories in the north.”

That chance discovery of her ancestors’ letters has led to an all-encompassing mission, Singer said. “It’s like history grabbed me and said, ‘You’re going to process this and find a way through,’” she said.

“I feel very strongly that I need to keep surrendering to the pull,” she said. “To understand, to reckon, to engage people in dialogue around this work. I deeply believe that we do need to reckon with our past, and I think there’s a way to do it that’s healing.”

In California, Singer is a facilitator for a local affiliate of Coming to the Table, a national organization dedicated to bringing America beyond the legacy of slavery and racism through dialogue and relationships.

It takes will, and it takes work, she said.

“Every single person alive today, none of us created this mess,” she said. “We are born into it. That’s where, I think, some love is important.”

“There does seem to be a shared idea that we don’t want people discriminated against or judged for their race,” she said. “But we have to get beyond the pride and shame because that’s where we get stuck.”

Singer urges people to think about the grandchildren they may have someday. “What world do you want them to inherit?” she asked.

“Do you want them to still be clamping this tight box on history, afraid to open it?”