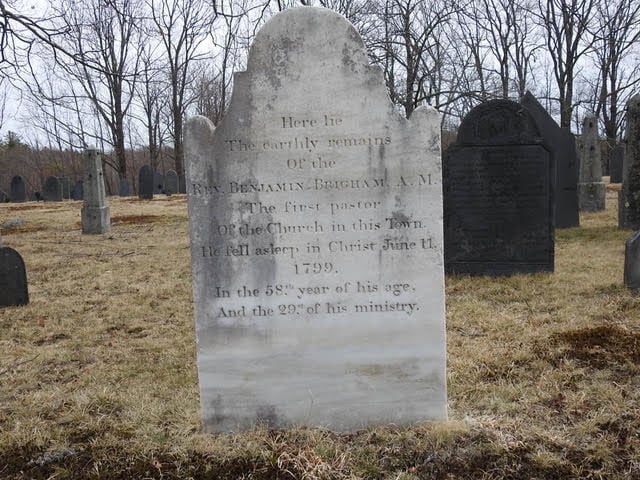 The Rev. Benjamin Brigham is buried in the Fitzwilliam Village Cemetery. 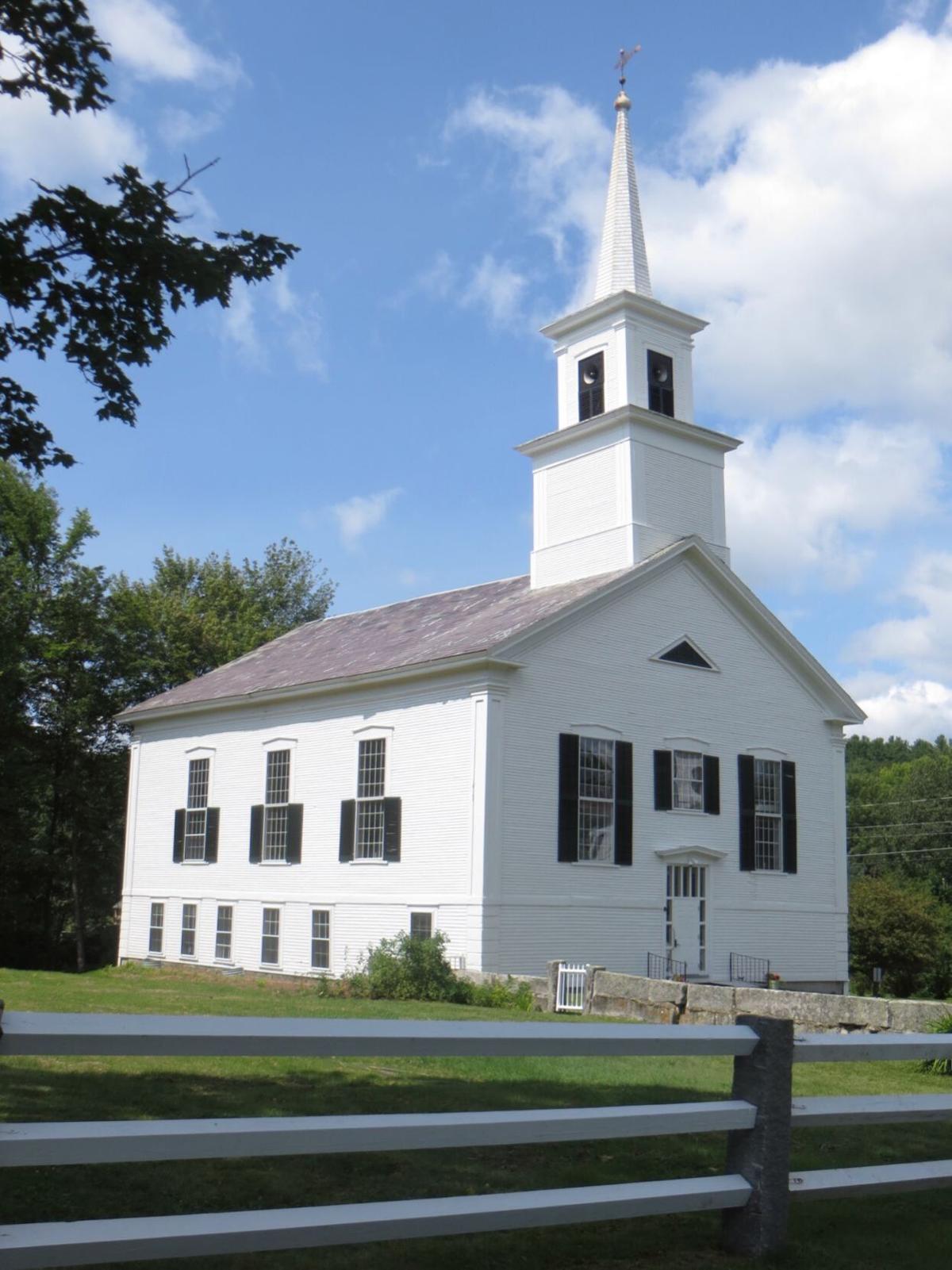 The Rev. Benjamin Brigham is buried in the Fitzwilliam Village Cemetery.

According to a history written by church trustee Allen Cates, Brigham became the first ordained pastor of Monadnock No. 4 (now Fitzwilliam) on March 27, 1771. Fitzwilliam was settled in 1762, and the first public worship began in 1768. At that time there was no Meeting House and no pastor, so people met in their homes.

“The first Meeting House in Fitzwilliam was provided by the Masonian proprietors,” Cates wrote of the land grants made by the British monarchy. “They were required by their charter to provide a Meeting House for public worship within five years, and a settled pastor within six years, in order to receive the grant and settle the town.”

In 1770 a committee of Fitzwilliam men was given five acres of land and told to select a location to build the Meeting House and establish a cemetery.

“In 1770 the Meeting House was raised 100 yards north of the present George S. Emerson School, near the Fitzwilliam Village Cemetery,” Cates wrote. “Most of the Proprietors did not live in Fitzwilliam so the burden of building fell to those already living locally. The tradition was that every man in town was present and aided in the work.”

It took 10 years to finish the Meeting House, and it served as the religious home of the entire Fitzwilliam population for 40 years. Two hundred acres of wooded land were to be provided for a pastor, according to Cates, and another 200 acres for the pastor’s use.

“In addition to the land, ample provision was made for his support including a generous salary and an inducement gift to accept the call,” Cates wrote. “This ‘signing bonus’ was a common feature in the calling of pastors at that time.”

Brigham was the first ordained pastor of the new Meeting House and the first of 31 pastors to serve Fitzwilliam Community Church.

Born in Marlboro, Mass., on March 11, 1742, Brigham was a 1764 graduate of Harvard College. In March 1771 he was ordained at the Inn of James Reed in Fitzwilliam’s first timber-framed house because the Meeting House was not yet ready. He was 29.

“He was a young man of industry, energy, acknowledged capacity and worth, and he entered zealously upon his work as the religious teacher and guide of his people,” Cates wrote. “He was frequently called on to settle differences among other churches or to serve on various councils, demonstrating public confidence in his ability. In 1775 he represented Fitzwilliam in the Provincial Congress.”

“Rev. Brigham was a loyal patriot and a firm pacifist,” Cates wrote. “During the Revolutionary War a committee was formed to determine every man’s preparedness for war in terms of arms and ammunition. It was reported that Rev. Brigham was ‘not furnished.’”

Brigham married Lucy Morse of Shrewsbury, Mass., on June 6, 1771. They had four children. They remained married 22 years until her death in 1793. Rev. Brigham then married Puah Mellen on Feb. 11, 1795. They remained married until his death at 58 in 1799. Puah died in 1821. They are buried in the Fitzwilliam Village Cemetery.

Brigham served the church in Fitzwilliam for 29 years.

“He was very well thought of, an esteemed and beloved man, righteous and truthful,” Cates wrote. “He was remembered as a humble man.”

Nathaniel Kitchel was only hoping to find something that would interest his Dartmouth College students when he visited the Hood Museum of Art’s storage warehouse that winter’s day. “Really just to see what was there and if there was anything that struck my eye as particularly interesting,” h…

Valerie Ann Johnston of Thornton is blazing a new trail as a member of the first class of female Eagle Scouts.

From the street, the old house looks weary after standing vacant for five years. Construction fencing encircles the building, its rotted porch off limits.