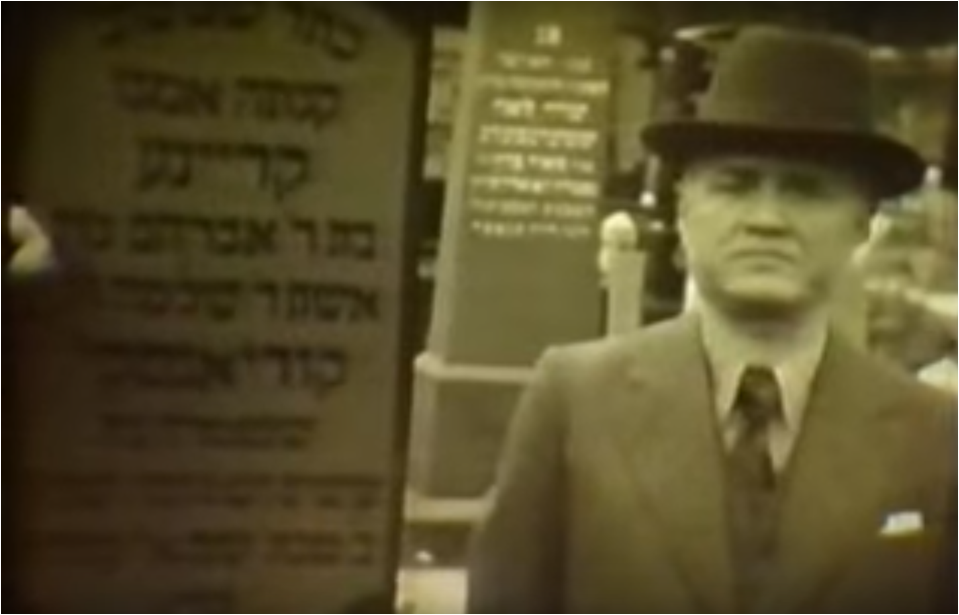 A rare image of Bialystok’s Bagnowka Cemetery as it looked in 1938 before the Nazi occupation. 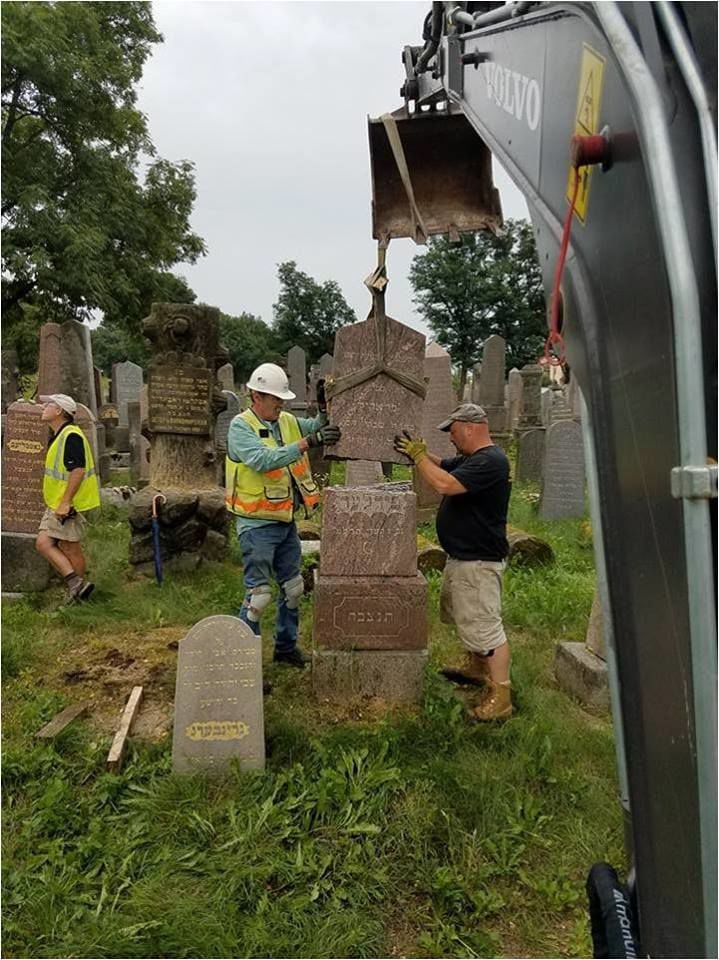 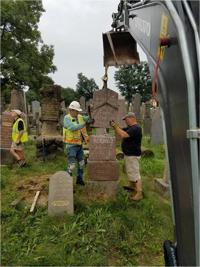 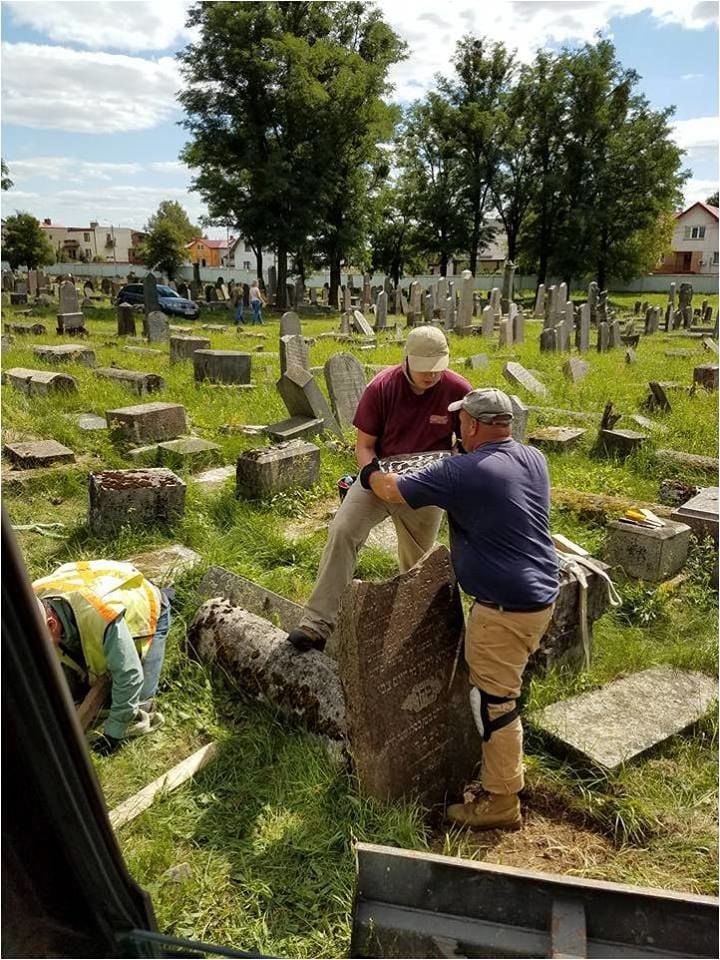 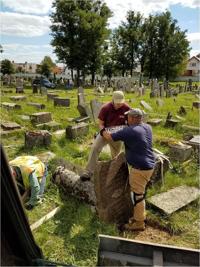 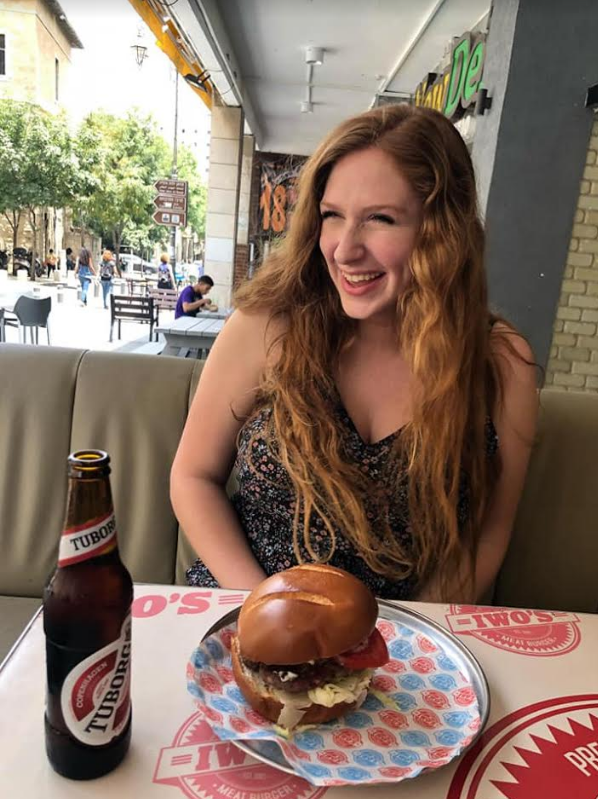 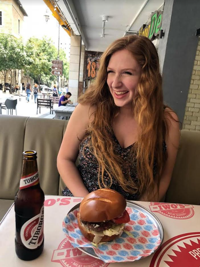 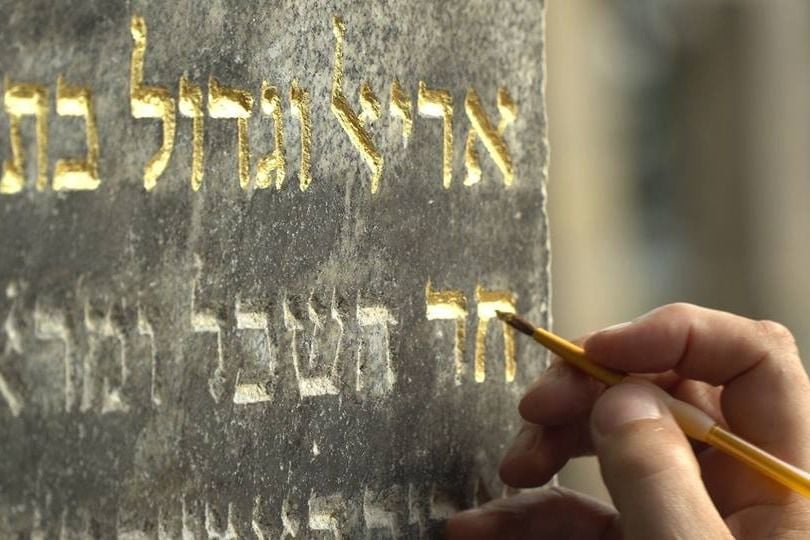 As part of the restoration process, volunteers repaint all of the lettering on the headstones with gold leaf.

A rare image of Bialystok’s Bagnowka Cemetery as it looked in 1938 before the Nazi occupation.

As part of the restoration process, volunteers repaint all of the lettering on the headstones with gold leaf.

In hopes of fulfilling her long-held dream to participate in international community service, Vivianne Schill is raising money for a trip to Poland where she’ll help an American organization dedicated to restoring a Jewish cemetery that was desecrated by the Nazis during World War II.

A Goffstown resident and Southern New Hampshire University student, Schill says she’s always looking for volunteer opportunities, but it wasn’t until her mother came across a Facebook post about the Bialystok Cemetery Restoration Project that Schill saw an opportunity to connect her passion for service with her Jewish heritage.

“Growing up Jewish, it’s always important to help each other out and do a lot of mitzvah,” said Schill, referring to a spiritual duty to express acts of kindness for others.

Founded in 2015 by Amy and Josh Degen of Groton, Mass., the Bialystok Cemetery Restoration Project is a grassroots organization working to restore the headstones in the Bagnowka Cemetery in Bialystok, Poland, that were smashed and toppled by the Nazis in 1943.

Nazis invaded Poland in 1939 decimating the population of 50,000 Jews, sending thousands to their deaths to Treblinka Extermination camp, murdering them in the streets of the enforced Jewish Ghetto, and killing more than 2,000 in a single day in the horrific Great Synagogue Fire of June 27, 1941.

As of 2017, Bialystok’s Jewish population was estimated to make up just .000017 percent of the city.

Schill was awarded an $1,800 grant from SNHU’s Chandler Center for Community Engaged Learning; however, she needs $3,000 to get to Bialystok.

In the process of spreading the word about her plans to travel to Poland, Schill says she’s been contacted by several people with ancestral connections to Bialystok who have asked her to try to find a relative’s headstone.

One of those people who made contact with Schill was Sharon Burnston of Epsom, whose grandmother was born in Bialystok in 1900 and arrived in America in 1902.

Last June, Schill traveled to Israel as part of Birthright Israel, a program that provides a free trip to the Holy Land for Jewish people between the ages of 18 and 26.

Schill says her experiences in Israel have made her all the more passionate about helping to repair the stones in Bialystok.

“When I went to Israel, we walked through all of these Holocaust museums, a few that were dedicated to children that had died in the Holocaust and families that were torn apart,” Schill said.

“It was very chilling to see all of these things. I definitely feel more connected to the project (in Bialystok.)”

Those interested in contributing to Schill are asked to donate through her GoFundMe page: www.gofundme.com/bialystok-restoration-project.