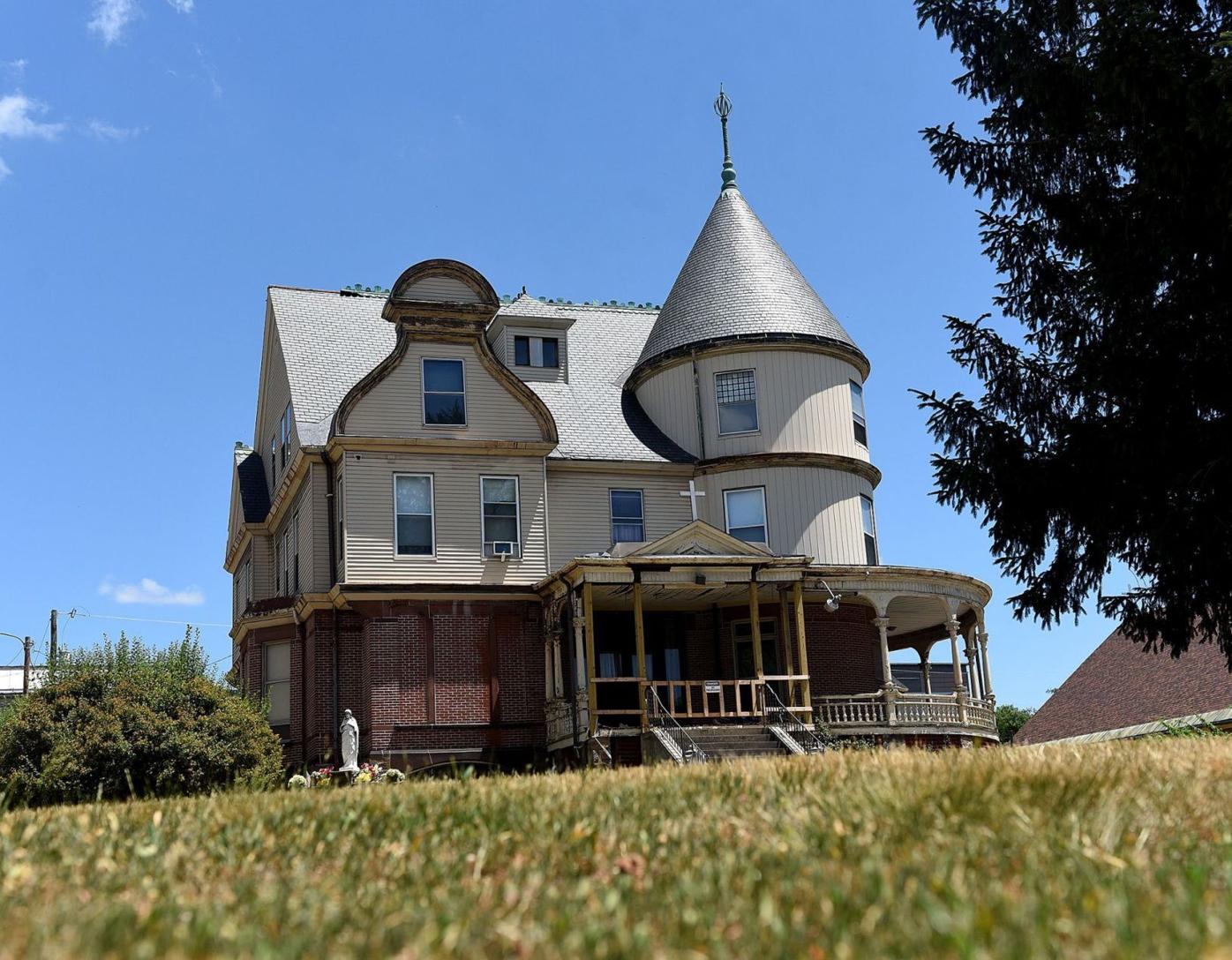 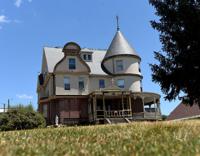 The Chandler House on Walnut Street in Manchester. 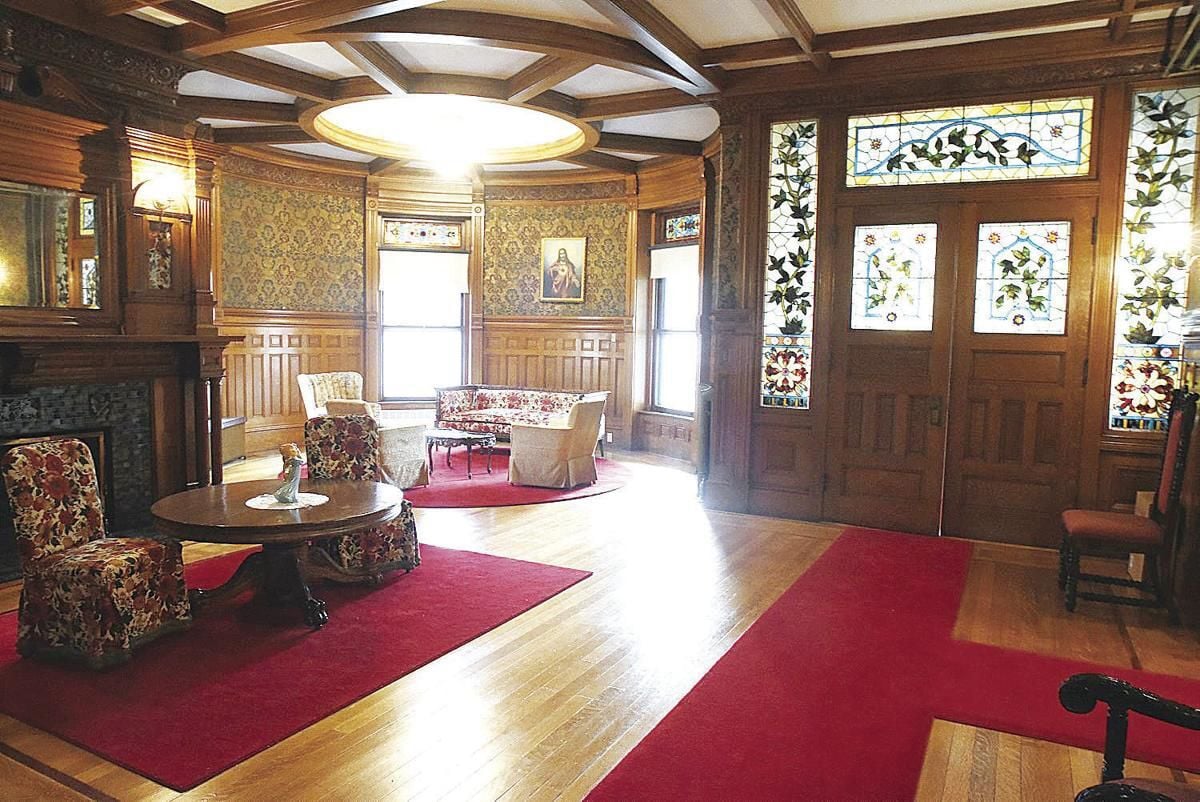 The Chandler House on Walnut Street in Manchester.

Craig asked the leader of New Hampshire Catholics for a meeting to discuss the pending demolition, which has distressed historic preservationists.

“This 150-year-old structure is of vital importance to our city’s history given the significance of the Chandler family, as well as the history of Bishops that lived there. I strongly believe we should do everything we can to ensure it is preserved for generations to come,” Craig wrote in a letter dated Thursday. 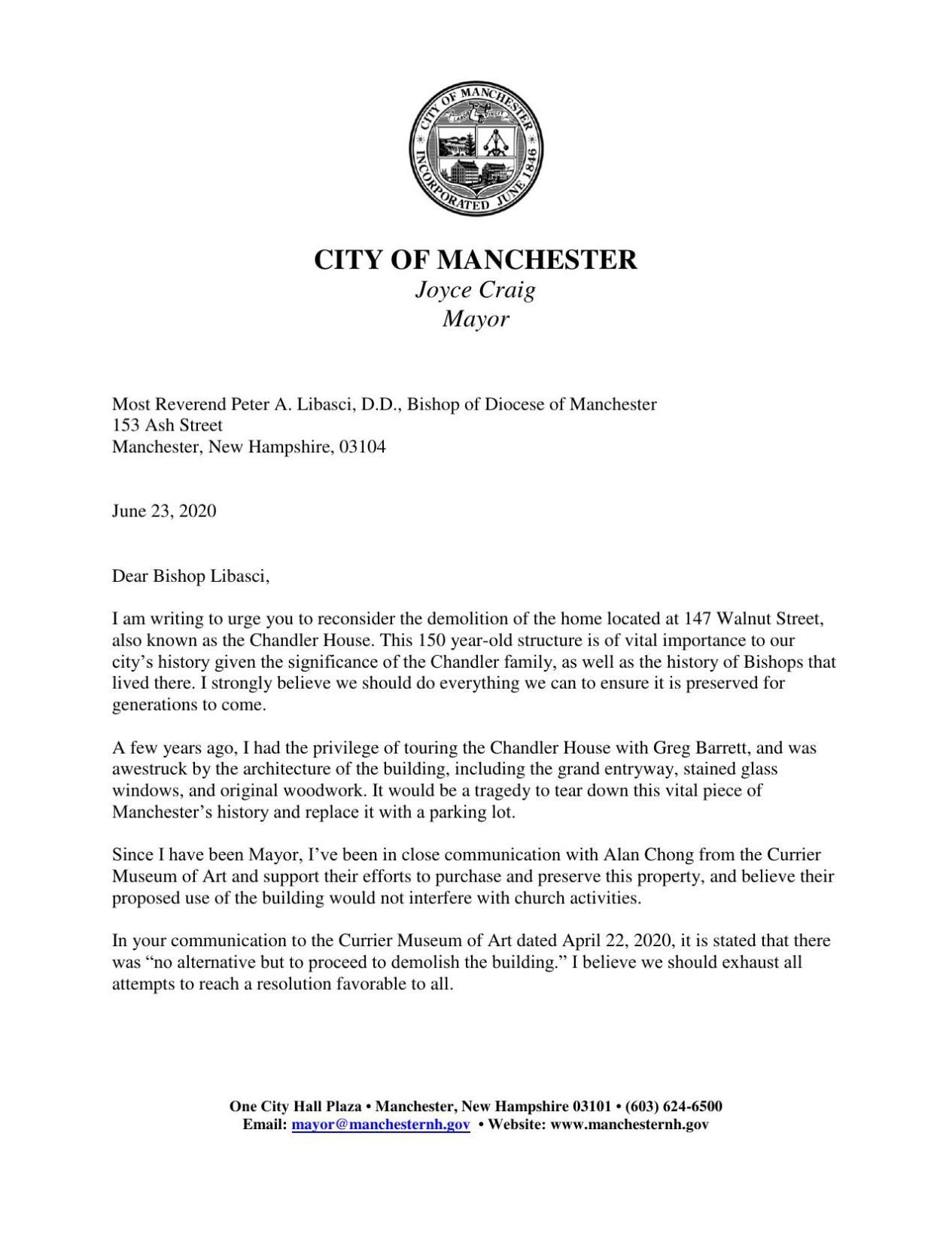 Earlier this month, the diocese applied for a permit to demolish the 147 Walnut St. mansion adjacent to St. Hedwig Church.

The property has been unoccupied and on the market for five years. The diocese said it has been unable to come to terms with any potential buyers. It has insisted that any reuse be consistent with the church’s mission.

A real estate agent and the Currier Museum of Art, which is across Beech Street from the mansion, have complained that the diocese has rejected reasonable offers and let others languish.

Libasci believes it would be discourteous to Craig to make a public comment about her letter before she receives his response, said Diocesan spokesman Thomas Bebbington.

The mansion was built by George Chandler, a businessman, banker and state senator, whose family sold the property to the diocese in the the mid-1910s.

It has been the home to three bishops and, most recently, a convent for nuns connected to the adjacent St. Hedwig Church.

The structure’s impressive front and entrance face little-traveled Walnut Street. Its facade features a tower with a cone-shaped roof, ornate gables, a wraparound porch, arching windows and a rolling lawn.

In her letter, Craig said she toured the interior or the house and was awestruck by the grand entryway, stained-glass windows and original woodwork.

She said it would be a tragedy to tear down the mansion to make room for a parking lot. Five years ago, the diocese said the land was needed for that purpose. More recently, officials have said current plans call only for the mansion’s demolition.

Libasci has said the building is a safety hazard.

Craig asked to meet with Libasci at his earliest convenience.

The Currier Museum has developed a plan to restore the structure and open the main floor of the mansion to museum visitors. Upper floors would be used for offices.

The Currier would need a long-term lease as part of the deal. In April the diocese signaled that it would need to keep control of the structure. 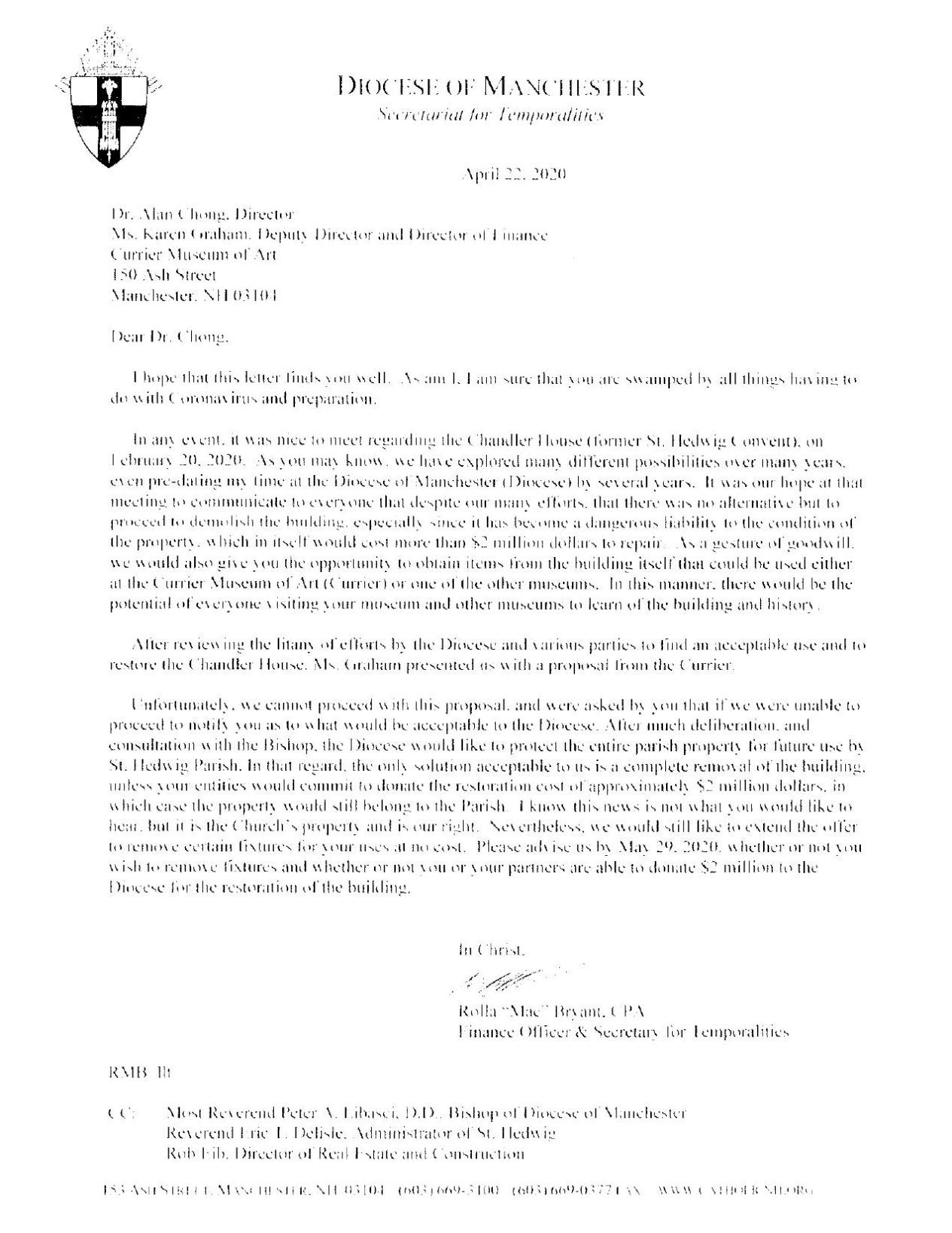 The mansion was on the New Hampshire Preservation Alliance’s 2015 Seven to Save list. As of Wednesday afternoon, 700 had signed an online petition supporting preservation of the structure.

MANCHESTER — Demonstrators lined Beech Street on Sunday morning during a rally to save Chandler House, a 19th-century mansion scheduled for de…