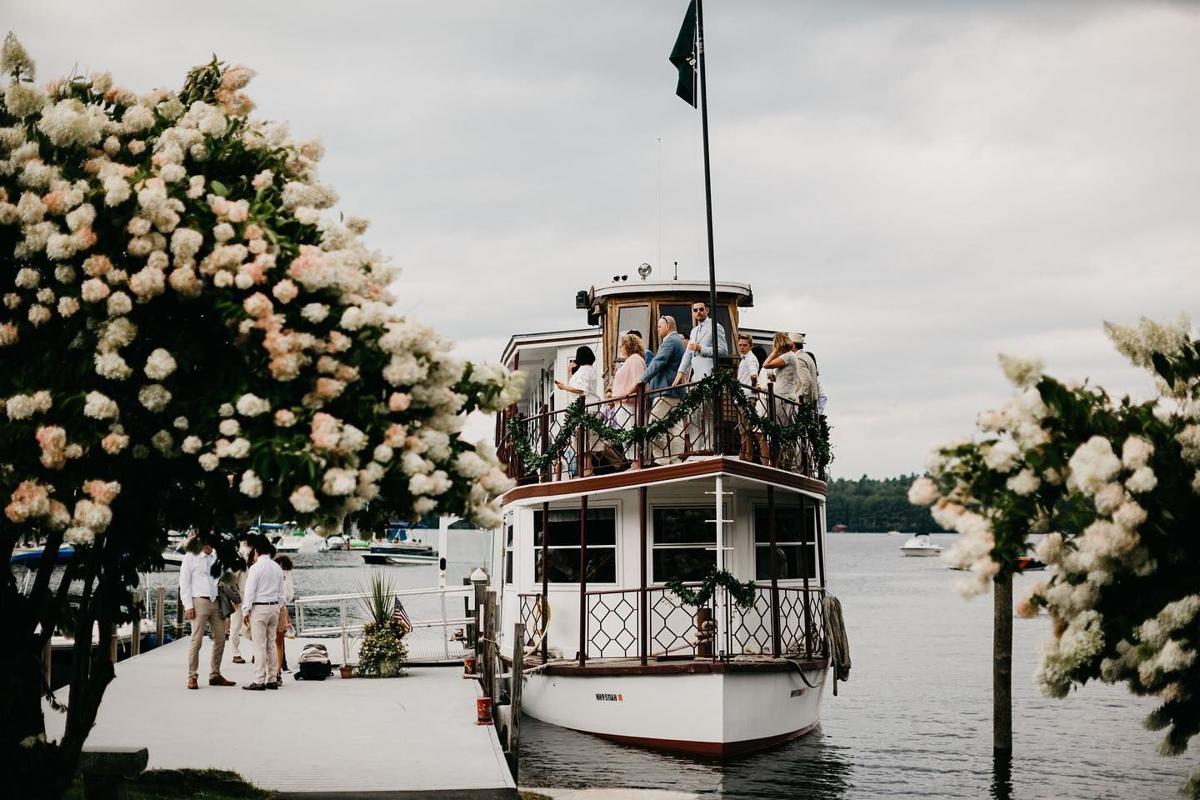 After 40 years of pleasure cruises on Lake Sunapee, the MV Kearsarge dinner boat is heading into retirement. 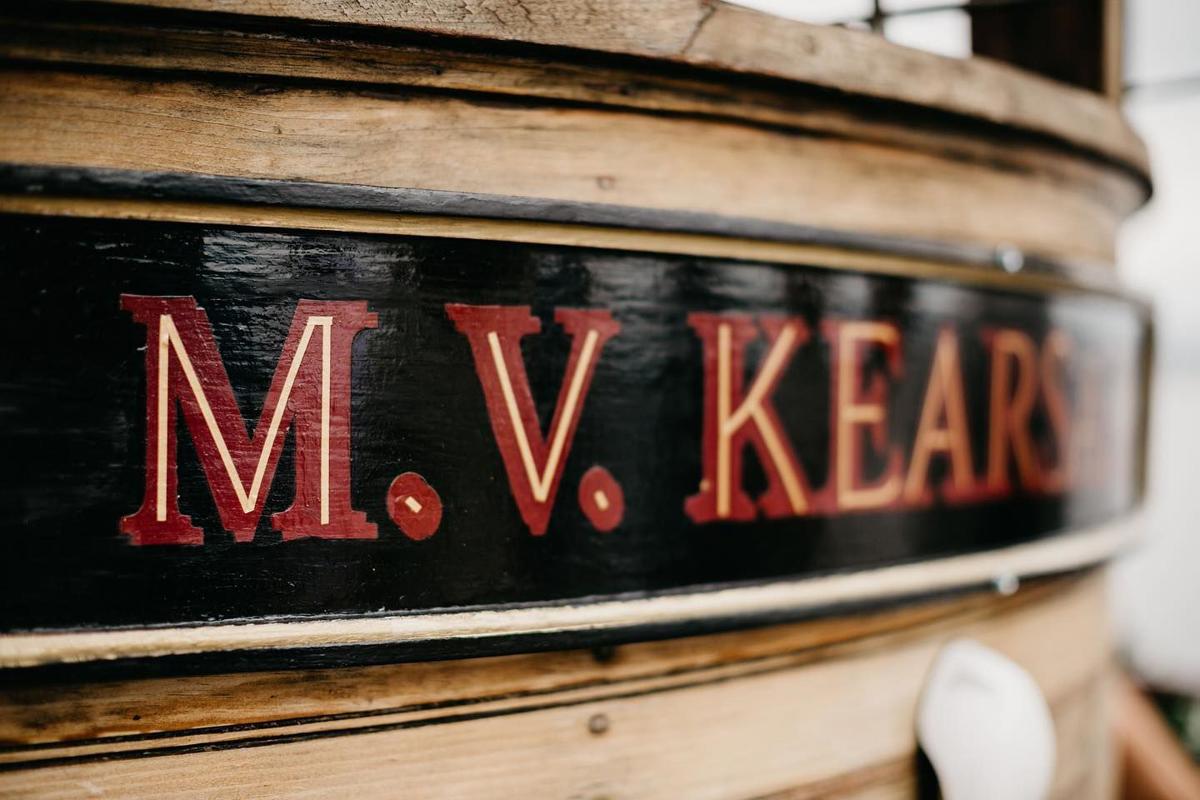 The MV Kearsarge has earned a special place in the hearts of longtime visitors to the Lake Sunapee community. 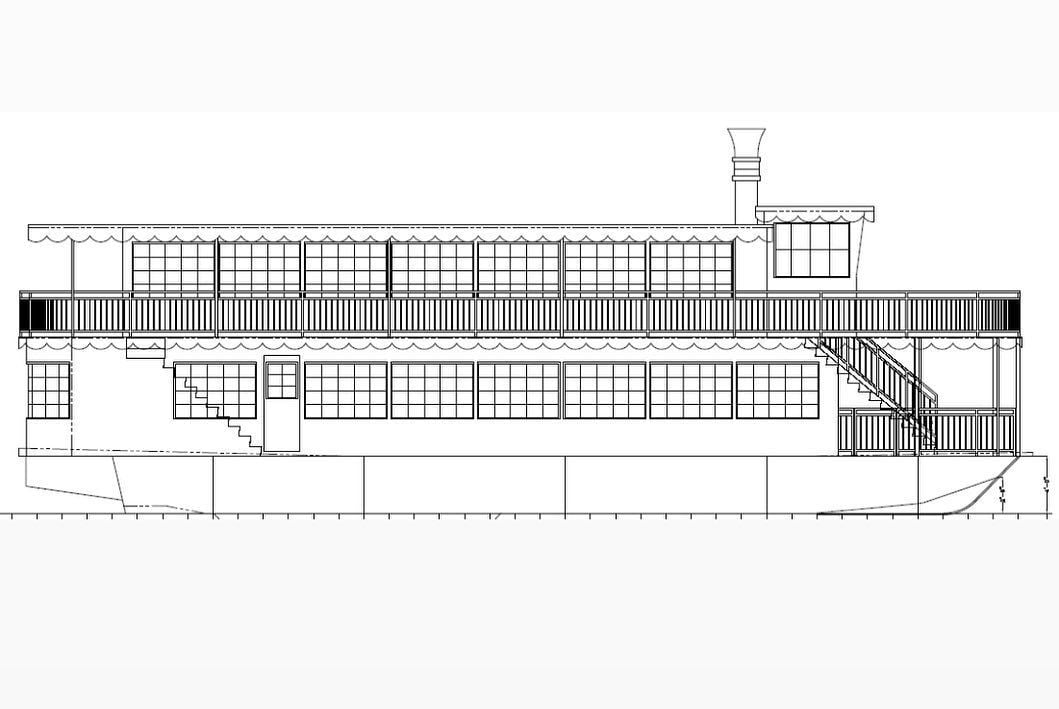 Sunapee Cruises plans to unveil a rebuilt boat this summer designed to look like an old-fashioned steamboat.

After 40 years of pleasure cruises on Lake Sunapee, the MV Kearsarge dinner boat is heading into retirement.

The MV Kearsarge has earned a special place in the hearts of longtime visitors to the Lake Sunapee community.

Sunapee Cruises plans to unveil a rebuilt boat this summer designed to look like an old-fashioned steamboat.

Tim Fenton was 18 when he saw Lacey Hargbol for the first time.

He and his brother were aboard Sunapee Cruises’ dinner boat, the MV Kearsarge.

Today, that moment is all part of a family legacy: Hargbol was the daughter of Capt. Dave Hargbol, the then-owner of the cruising company.

Now she’s married to Fenton, who these days is known as Capt. Tim Fenton. He is one of the owners of the cruise line that has been taking people out on Lake Sunapee for pleasure tours since the 1950s.

But now an integral part of the business is retiring. The Kearsarge is heading into the sunset, to be replaced by a Mississippi River boat that is being refurbished to look like an old-fashioned steamboat.

“We hope to start cruising with it in early July, ” Fenton said.

The transition comes after a tough season. COVID-19 restrictions limiting the cruise capacity resulted in the toughest financial year in the company’s history.

Still, the large investment actually lines up, he said. The larger boat will allow for more passengers, even with social distancing protocols, and there is reasonable hope those restrictions can start easing up as more people are vaccinated in the spring and summer.

“It’s always been a huge part of our families’ history,” Fenton said.

When the company got its start in the 1950s, the first vessel they floated was the MV MT. Sunapee I, a wooden hull boat that had originally been a rumrunner off the coast of Maine.

It was sunk by the U.S. Coast Guard and then used as a sub-searching vessel in World War II before coming to Sunapee, Fenton said. The MV MT. Sunapee I was replaced by the MV MT. Sunapee II in 1966, which still makes the day tours.

The MV Kearsarge was introduced in 1980. It was built out of the old dinner boat, the Sunapee Belle.

Some longtime customers are a bit nostalgic about the Kearsarge’s retirement. Steve and Donna Cole, who live in Massachusetts, have been coming to Sunapee as a couple since the 1970s.

“Our kids grew up with Capt. Dave,” Steve Cole said. “We’re happy for them, (that) they’re going to a bigger venture,” Donna Cole said.

Jessi Zodda, and her sister Josie Smetana, both 35, have been celebrating their birthday on the Kearsarge since they were 10.

“It’s been something we can both agree on as twins,” Smetana said.

The twins were on the boat this summer for their party. With the pandemic a concern, the family rented out the whole boat for a small celebration.

Zodda said that was important as she was eight months pregnant at the time with her daughter, Zoe. She hopes to bring Zoe for a trip on the Kearsarge this summer before it docks for good.

Like her sister, Smetana is sad to see the Kearsarge go, but wants to keep taking the cruise, continuing their 25-year tradition.

“I’m heartbroken about the boat being gone,” Smetana said.

40 acres and a mule: How the first reparations for slavery ended in betrayal

At 8 p.m. on Jan. 12, 1865, days after his "march to the sea," Major General William Tecumseh Sherman, met with 20 Black ministers on the second floor of his headquarters in Savannah, Ga.

Abandoned Bethlehem train station may be back on track

For the first time in nearly a century, there’s activity at the Maplewood Train Station in Bethlehem as a volunteer group begins documenting the structure before reassembling it and opening it to the public.

CAIRO — Archaeologists said on Thursday they had uncovered a large ancient pharaonic city that had lain unseen for centuries near some of Egypt’s best known monuments.