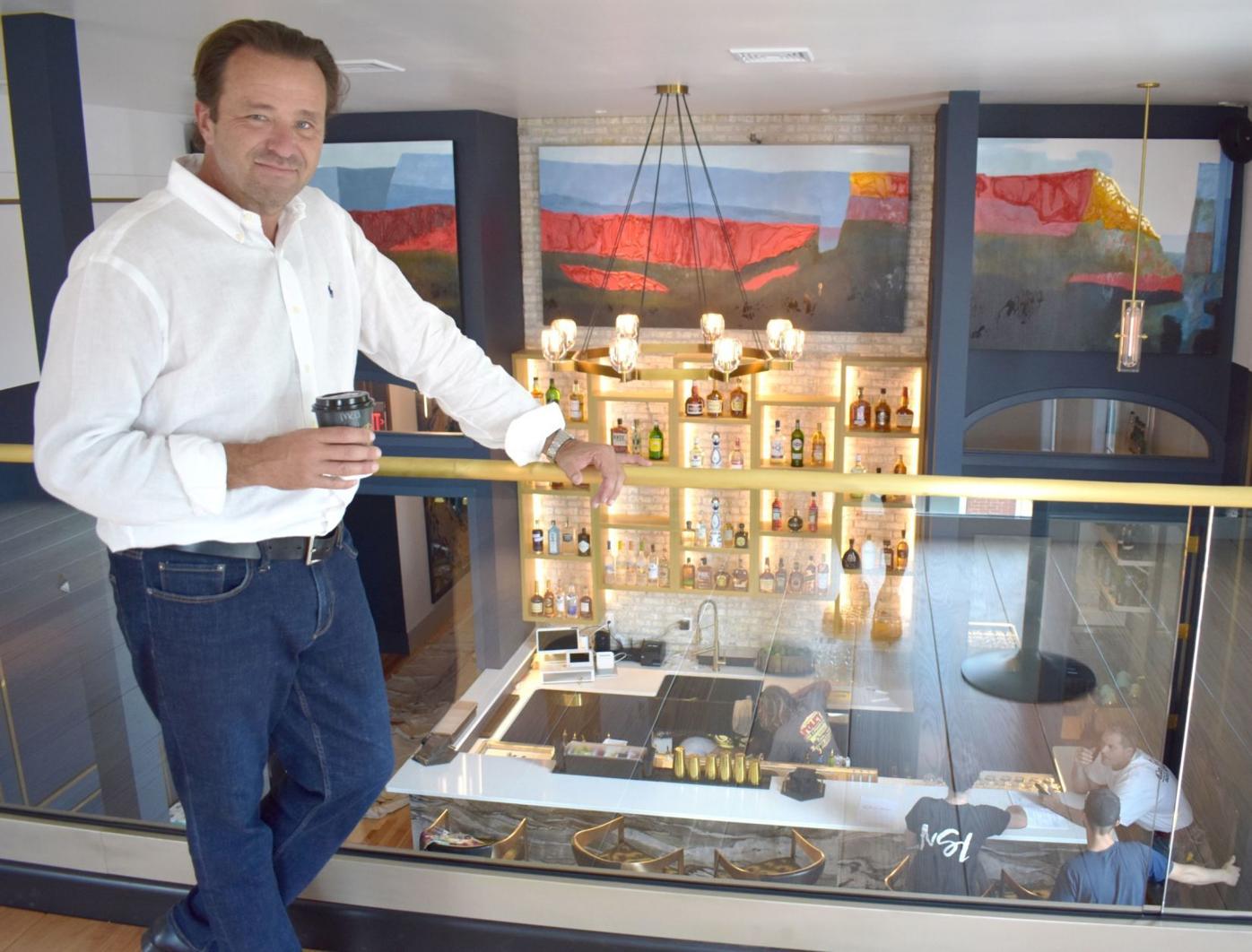 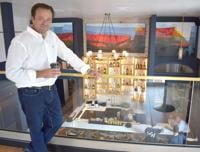 Tim-James Everett, director of the Lakeport Opera House and brother of its owner, Scott Everett, stands on the skywalk overlooking the Rendezvous Bar inside the theater, which reopens this weekend after 61 years. 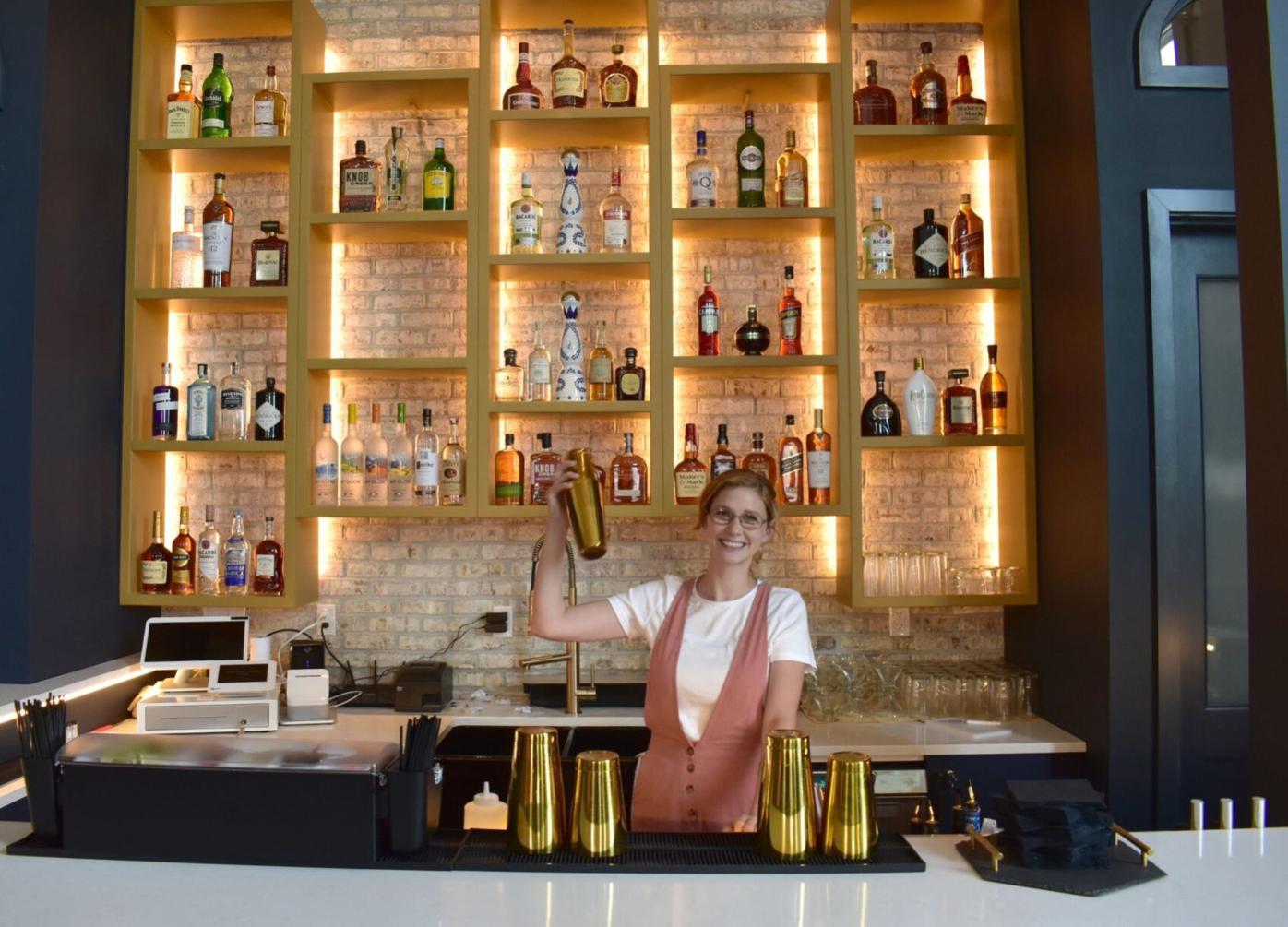 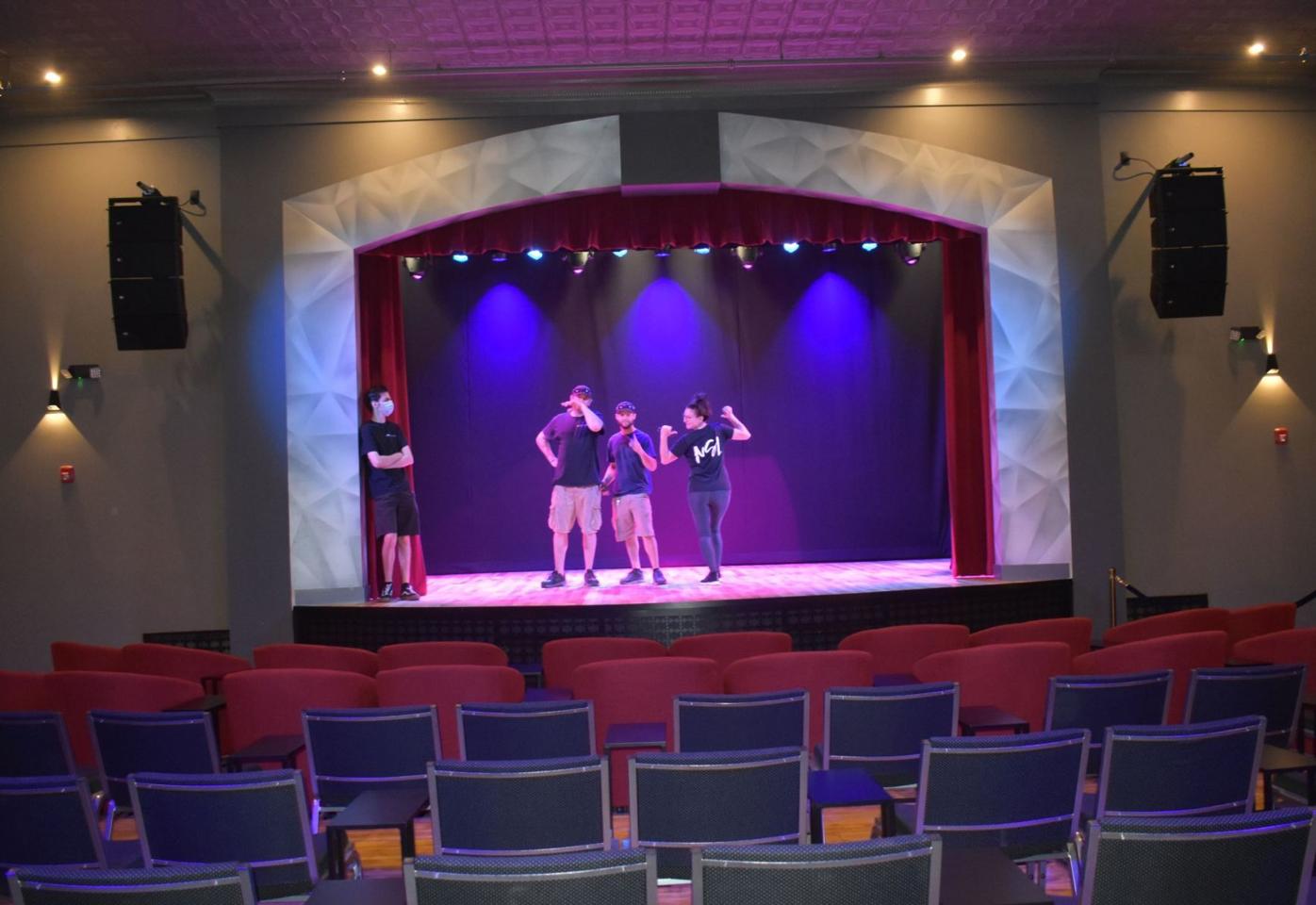 Staffers at the Lakeport Opera House take to its stage on Wednesday.

Owner Scott Everett thinks the Laconia theater can set a new standard for cool in the region and could even help make the city a music capital along the lines of Austin, Texas.

Everett, 52, is a Lakes Region boy who made his mark in Texas and is now doing good in the area he once called home.

A 1987 graduate of Gilford High School, Everett founded Supreme Lending in Dallas in 1999. While he still lives in Texas, he comes back to New Hampshire often.

During one of those trips three years ago, Everett’s attention was drawn to the Opera House, which is located on the corner of Clinton Street and Union Avenue in the Lakeport section of the city. For many years, it was was home to a series of short-lived businesses.

“When you drive around (Lake Winnipesaukee), it’s absolutely stunning except for Lakeport, and I had an epiphany and a calling and I saw the building had been vacant for 10 years and I just knew I had to buy it,” Everett said during a telephone interview Tuesday.

He quickly found tenants for the two commercial spaces on the Union Avenue side of the 30,000 square-foot building. To date, he has spent more than $1 million to renovate all the spaces.

Everett said he wants the Opera House to be “the centerpiece of Lakeport.” Last year he set about creating some of its immediate neighborhood through his Paugus Properties, LLC, subsidiary, which is currently building a mixed-use development that will have retail space, apartments and condominiums on nearby Elm Street.

The Lakeport Opera House is the first to open of what may eventually be three similar performance venues in Laconia.

Downtown, the Colonial Theater on Main Street is poised to open soon after a $14.4 million rehabilitation.

In nearby Veterans Square, the band Recycled Percussion, which has a retail store next door to the Opera House, has said it wants to bring Las Vegas-style entertainment and local performers to the building that most recently was the Holy Grail of the Lakes pub, and before that, a Baptist church.

Everett said he doesn’t see the venues as competitors, but as collaborators, noting that at seating for 750, 450, and around 220 patrons, respectively, the Colonial, the potential Recycled Percussion space and the Opera House are “three separate venues and three separate audiences.”

Together, he said, “We have the opportunity to turn this part of New Hampshire into a musical hub,” Everett said. “I’ve watched Austin turn from a small venue into a musical epicenter,” and the same could happen in Laconia.

Everett said he hopes the Opera House will help place Laconia and Lakeport on the entertainment map.

“The feel of the place is going to be very different from anything in the Lakes Region. We’re a little more chic,” he said. With features like the Rendezvous Bar and the Rendezvous Sky-Walk above it, and from the lighting to the sound system, “We went first-class on the whole thing,” he said. “People are going to be surprised that it’s Lakeport, New Hampshire.”

As to the Opera House’s profitability, Everett doesn’t expect any, at least in the conventional sense.

“Some things in life you don’t do for money, and the Opera House is one of those things,” said Everett. “This is about turning the community around first.“