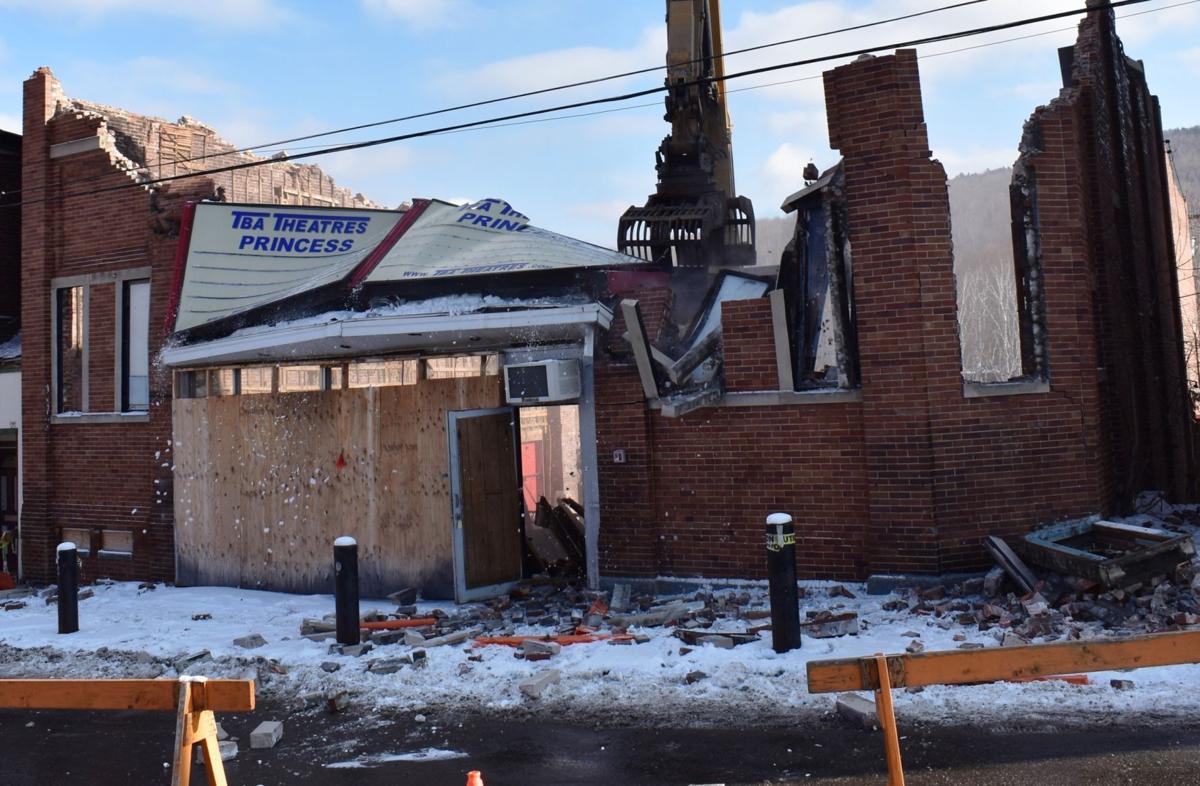 Ravaged by an arson fire in 2013, Berlin’s Princess Theatre was demolished on Monday. 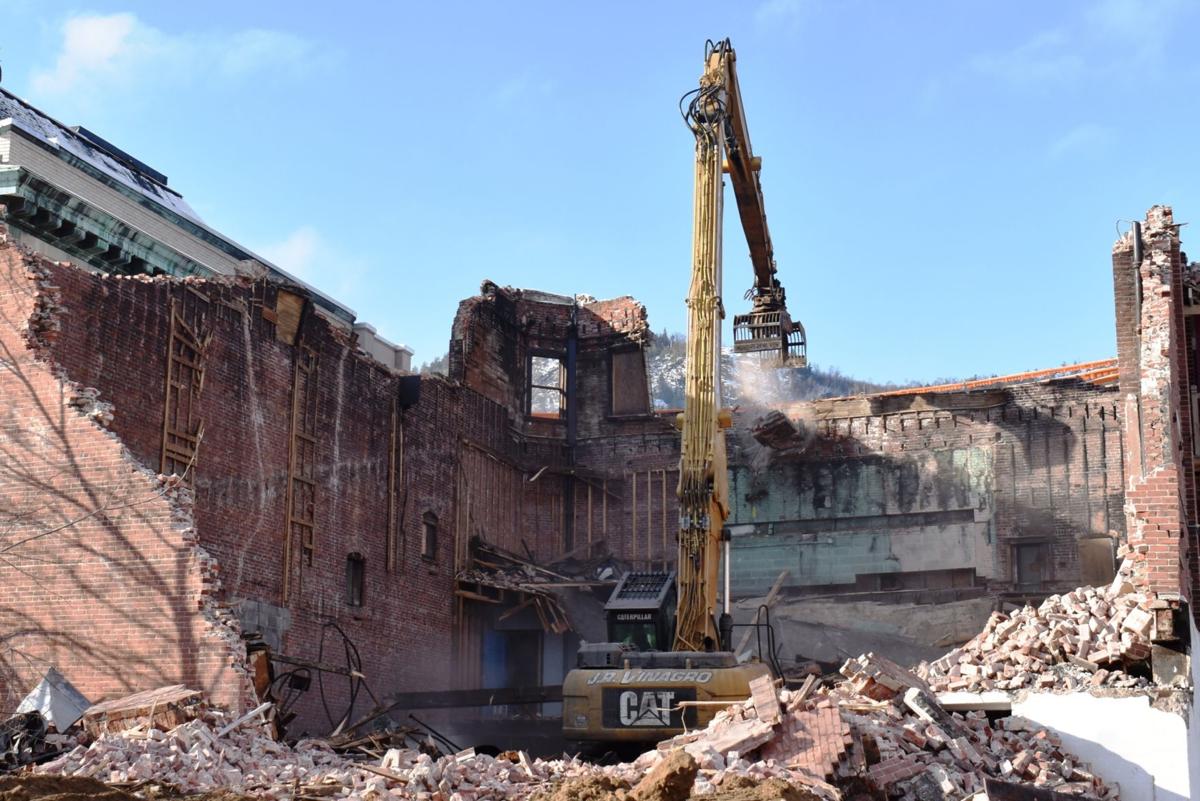 A deft hand and a powerful excavator brought down the former Princess Theatre on Monday in downtown Berlin. 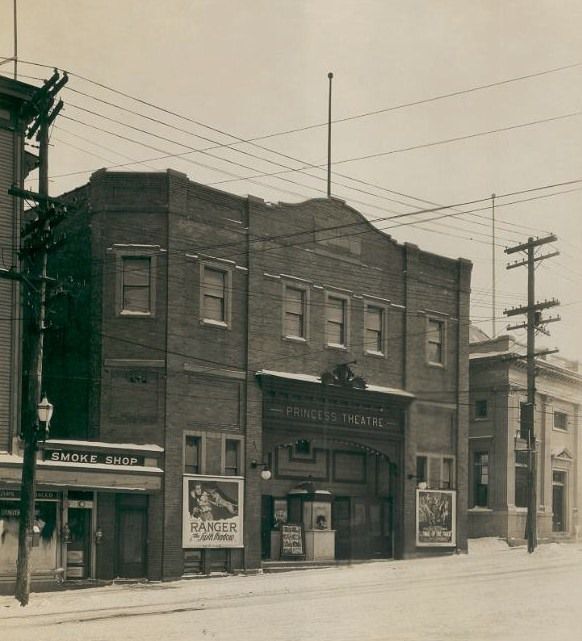 In this Facebook photo posted on the Berlin, New Hampshire History page on Dec. 18, the Princess Theatre is shown in 1933.

Ravaged by an arson fire in 2013, Berlin’s Princess Theatre was demolished on Monday.

A deft hand and a powerful excavator brought down the former Princess Theatre on Monday in downtown Berlin.

In this Facebook photo posted on the Berlin, New Hampshire History page on Dec. 18, the Princess Theatre is shown in 1933.

BERLIN — The scene of many great memories, but more recently the victim of neglect and arson, the former Princess movie theater on Main Street was razed on Monday.

Opened in 1914, the Princess Theatre was located in Green Square at the gateway to the downtown, on the west bank of the Androscoggin River.

“It was sad but necessary” to tear down the Princess, as well as a former restaurant that occupied space in the building, Berlin Mayor Paul Grenier said.

As someone who grew up in the City That Trees Built, Grenier said the Princess “was THE movie theater in town.”

A fire that was deliberately set there seven years ago “heavily damaged most of the structural timbers,” he said.

Grenier recalled that “the gentleman who purchased the building subsequent to that did his best to try to rehab it, but at the end of the day, the building was too far gone beyond repair and he walked away from it and we (the city of Berlin) had to take it over for non-payment of taxes and here we are.”

Apart from levelling the lot and making it look presentable, there are no immediate plans for the former Princess property, said Grenier.

“The hope is to find something appropriate to go in there,” he said.

Eventually the city will also look to remove the former F.W. Woolworth building, which is a short distance from the Princess Theatre, on the opposite side of Main Street.

According to cinematreasures.org, the Princess originally had one screen and was later expanded to two. It was renamed as The Royal Twin Theatre, but in 2009 reverted to its original moniker.

The Princess was operated by TBA Theatres until September 2011. On Dec. 14, 2013, the theater was badly damaged by an arson fire and never re-opened.

The city deemed the building a public danger and closed off the sidewalk in front of it.

Monday’s demolition took a couple of hours and drew about a dozen spectators. Many of them photographed or videoed the last moments of the Princess Theatre.

L. Annette Binder didn’t know her father had been in the Hitler Youth until she found a picture of him in uniform.

W hen the eyes of history regard us, perhaps our smallest stories will best reveal how we lived, loved and lost in this time of pandemic.