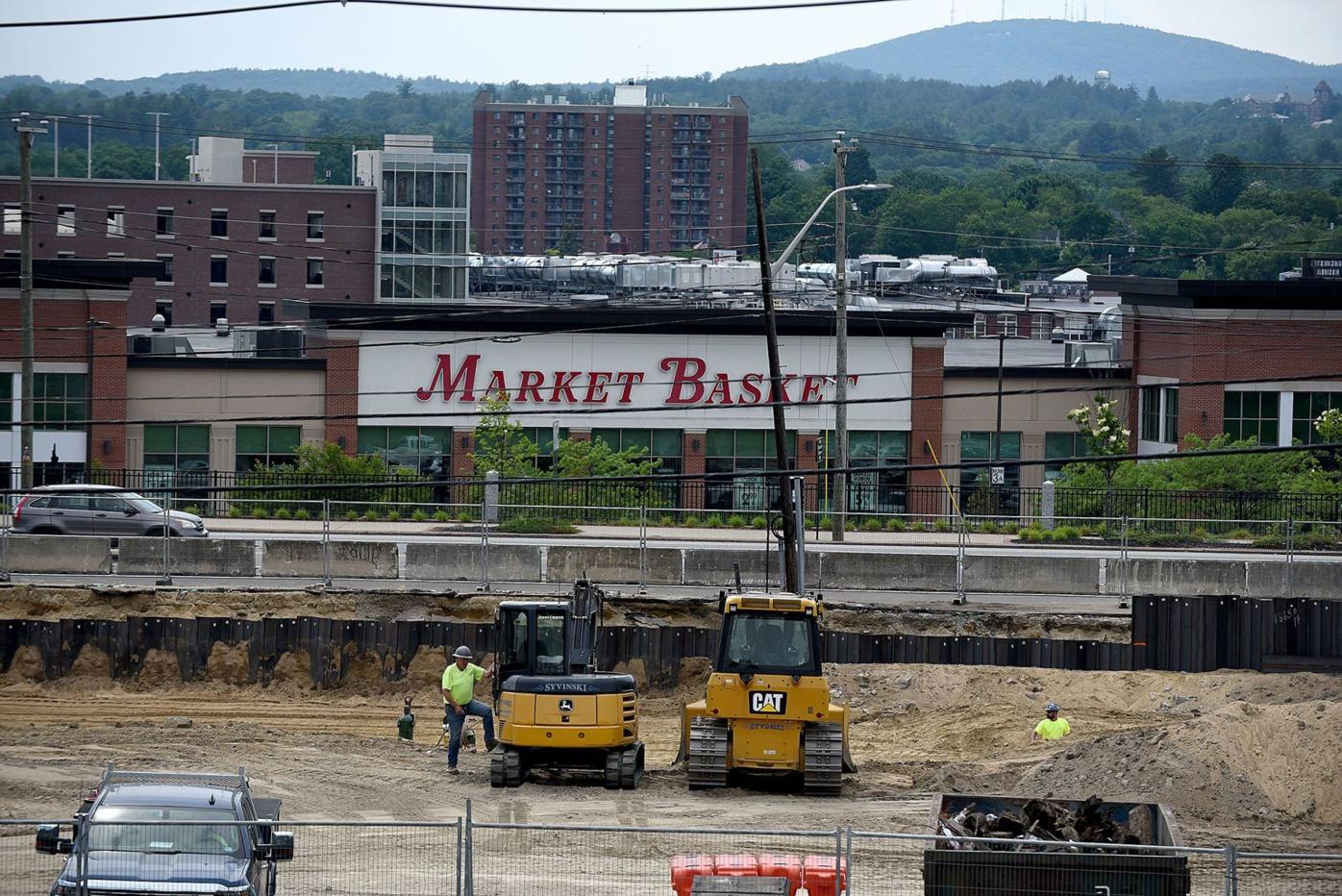 Site work is underway for the new apartment building at 409 Elm St. across the street from Market Basket in Manchester. 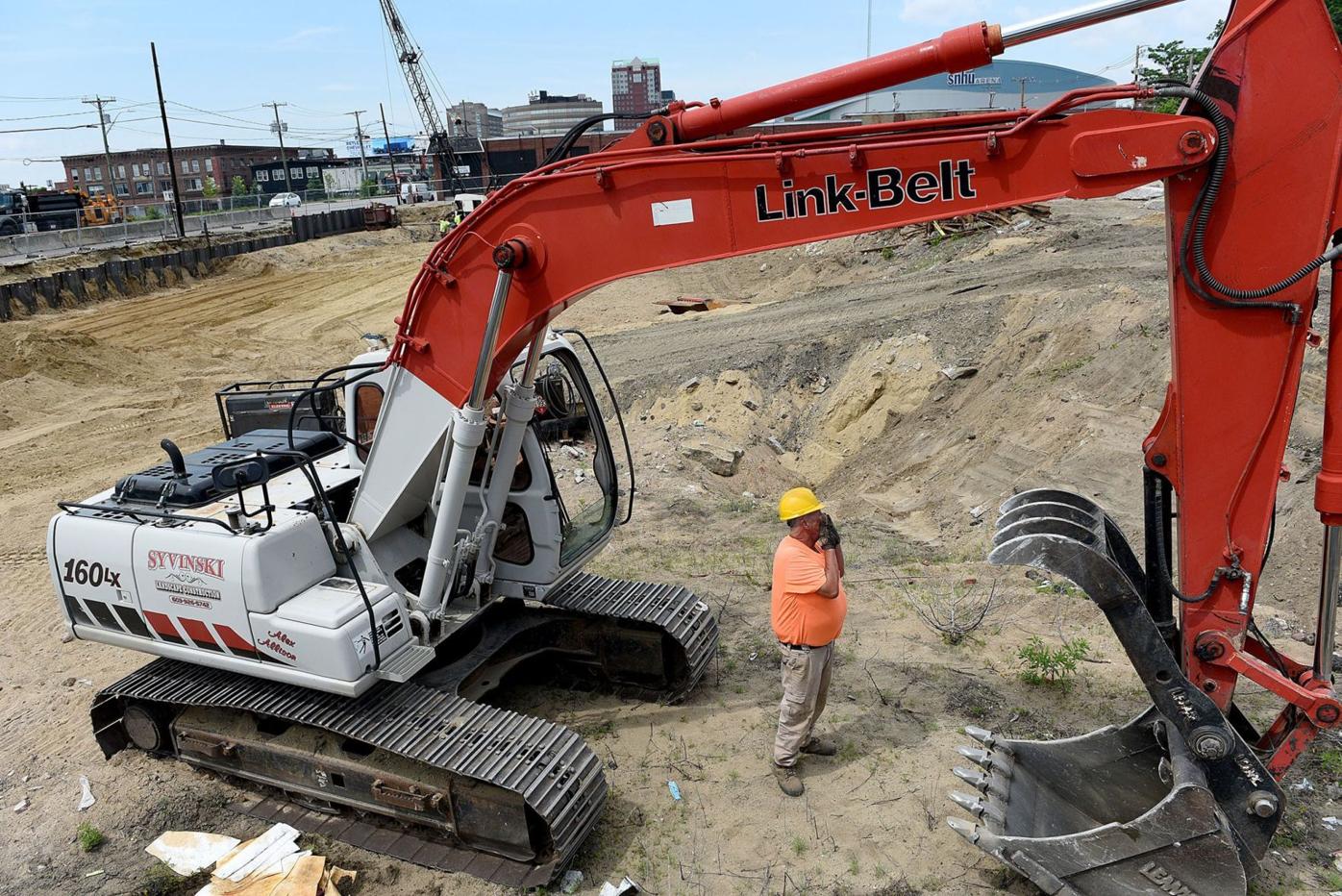 Calvin Eaton shouts directions while working on site preparation for the new apartment building at 409 Elm St. in Manchester. The six-story building will have 90 apartments, a fitness club, office space, cafe and co-working space.

Site work is underway for the new apartment building at 409 Elm St. across the street from Market Basket in Manchester.

Calvin Eaton shouts directions while working on site preparation for the new apartment building at 409 Elm St. in Manchester. The six-story building will have 90 apartments, a fitness club, office space, cafe and co-working space.

After numerous legal appeals, construction activity has begun at the property owned by Oak Leaf Homes at 379, 387 and 409 Elm St., located across from Market Basket.

Beginning in 2013, the project faced years of court challenges from the owners of a nearby commercial building. Decisions of the city’s planning and zoning boards were upheld by a Superior Court judge last year, but the appeals continued.

“We’re all set to go,” said Ronald Dupont, principal of Oak Leaf Homes. Dupont and his Red Oak Properties own about 1,200 rental units in the city.

South Elm Street has been an area of growth in recent years.

Keith Murphy, who owns Murphy’s Taproom and Diner, has been waiting for work to begin on the apartments.

“It obviously means more customers, more business,” he said. “We are not in the middle of downtown, and we don’t have a residential neighborhood right around us. Unlike a lot of my competitors, we don’t have those advantages. I’m excited to have the beginning of a neighborhood around us, and hopefully there will be more to come.”

Other growth in the area has included the construction of a New Hampshire Liquor & Wine Outlet and the expansion of The Spider-Bite at 179 Elm St.

The six-story, 95,288- square-foot building will have 90 apartments, a fitness club, office space, cafe and co-working space. Other amenities include a pet-washing station, yoga studio and charging stations for electric cars.

The project is expected to cost about $18.5 million, Dupont said.

He said the site is one of the most desirable for apartments in the entire state.

“It is across the street from Market Basket. It’s steps away from bars and restaurants, jobs and an urban lifestyle,” Dupont said. “All the amenities in the world are right out your door and you can walk to it.”

George and Phyllis Zioze, who own the building just to the south of the lot, worried about traffic being able to move freely and safely on the property and surrounding streets. The Zoning Board of Adjustment granted a variance for parking spaces three feet from the Willow Street property line, where the ordinance calls for 10 feet.

The Ziozes’ lawyer, Roy Tilsley, said he does not anticipate any further litigation in the case.

“We are obviously disappointed in the court’s decision,” he said. “We continue to have concerns about the internal traffic flow of the project and continue to believe the planning board should have looked harder at that.”

The Ziozes never opposed the project itself, their lawyer said.

“Hopefully he can do it in a way that doesn’t interfere with our property and our easement rights in the rear of the building,” Tilsley said.

Construction is expected to last 16 to 18 months. Rent has yet to be determined for the studios, one- and two-bedroom apartments, Dupont said.

He expects a younger resident demographic, even with COVID-19 interrupting the urban market for more than a year.