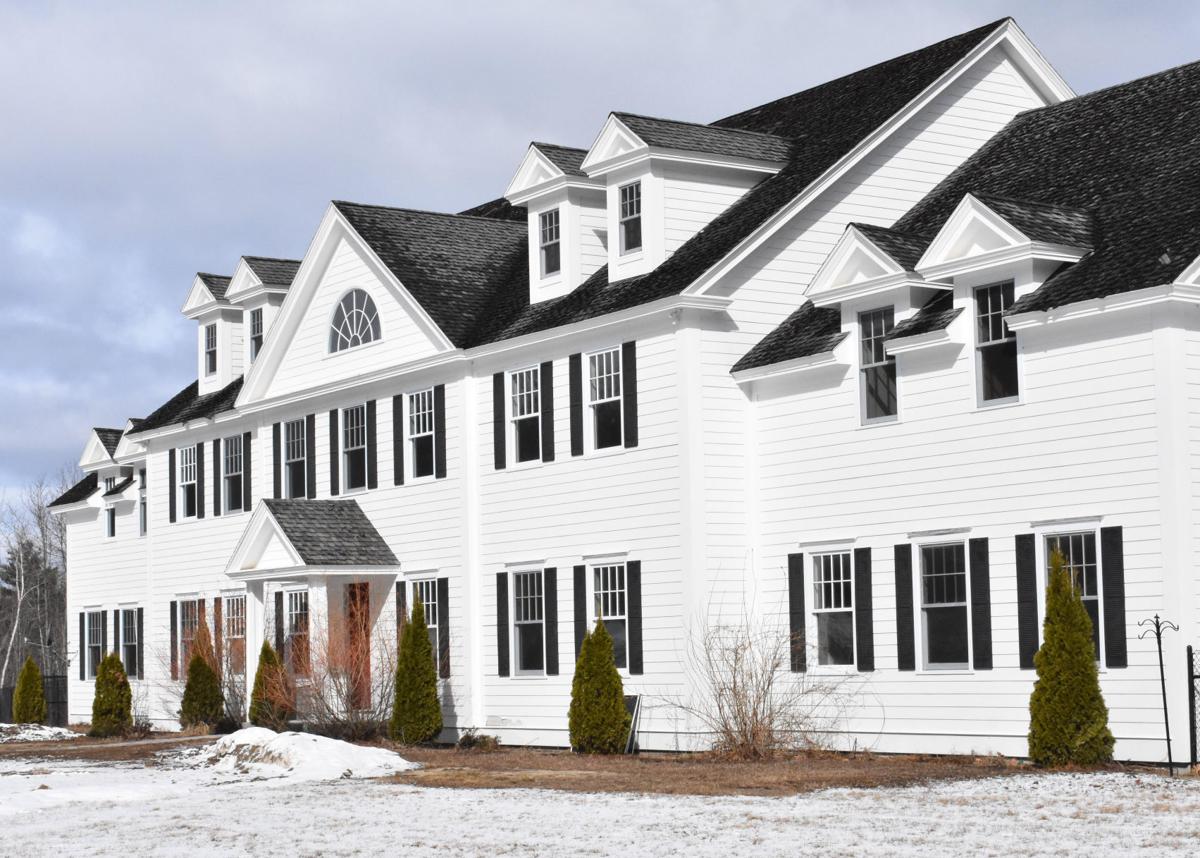 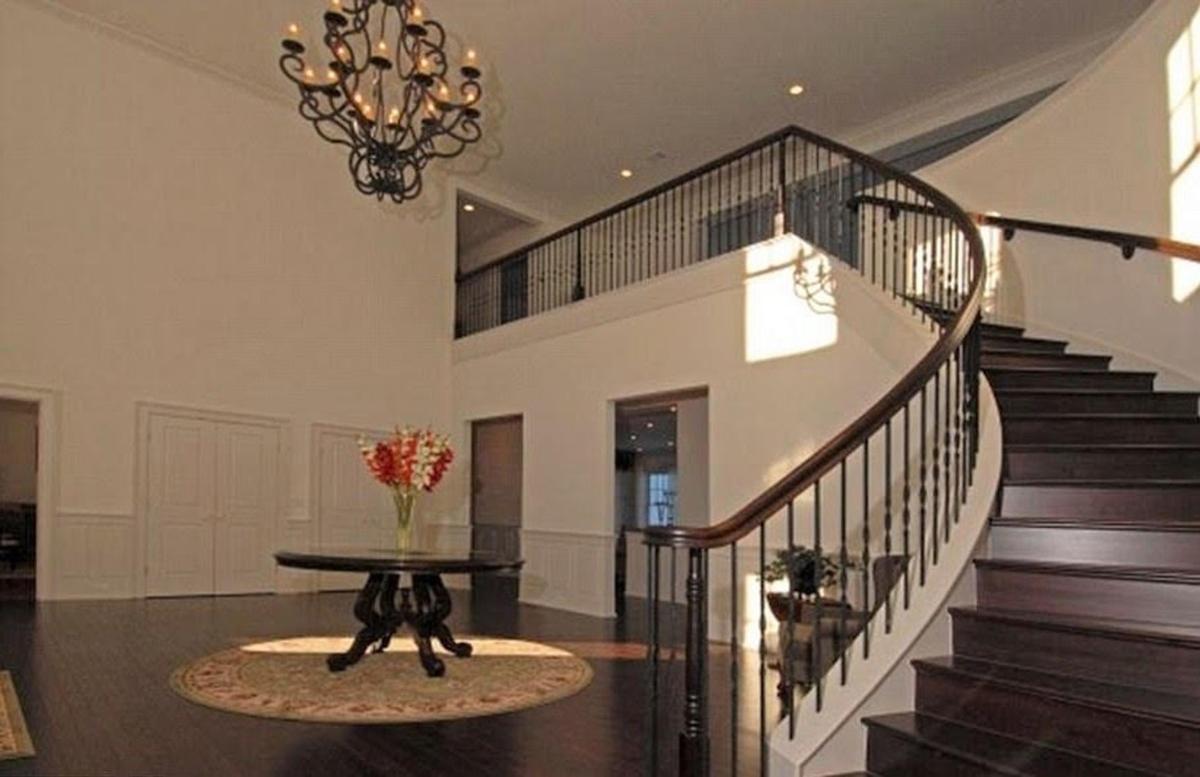 An inside view of the home's foyer from a real estate photo. 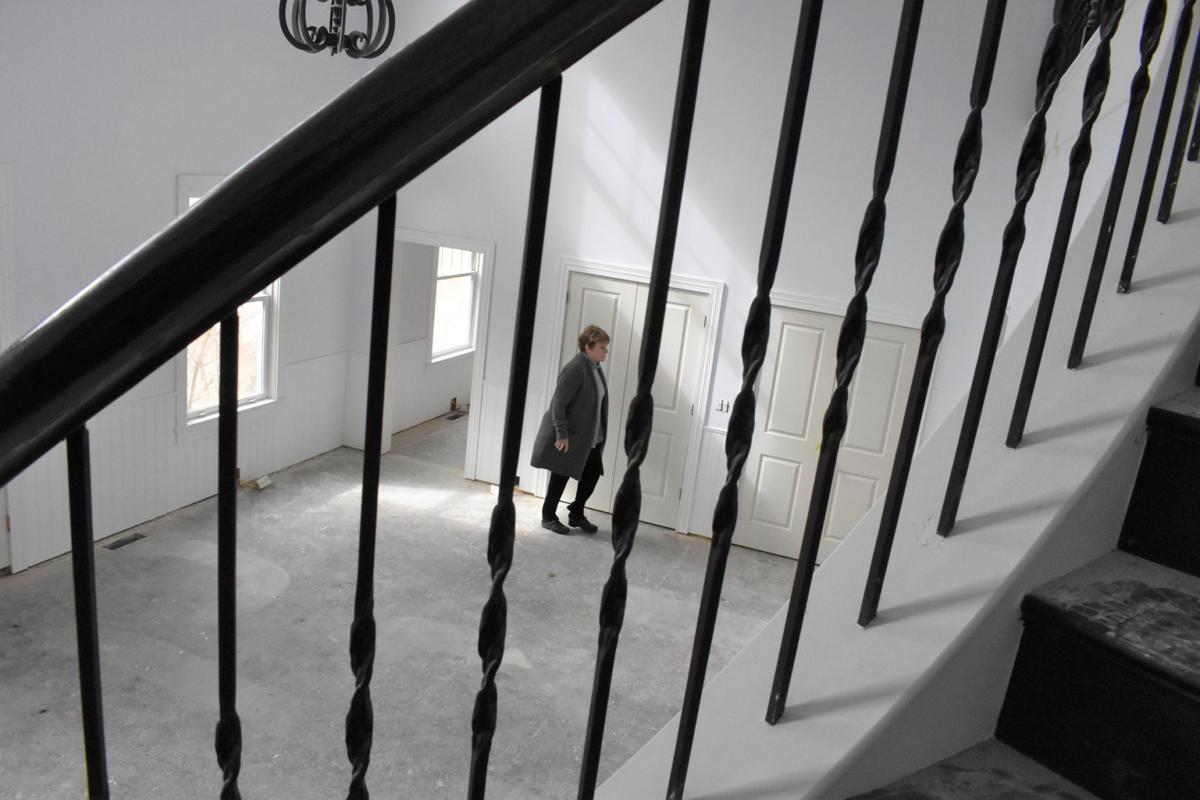 Christina Fay walks through the foyer of her house when the jury visited the home during her trial in March 2018. 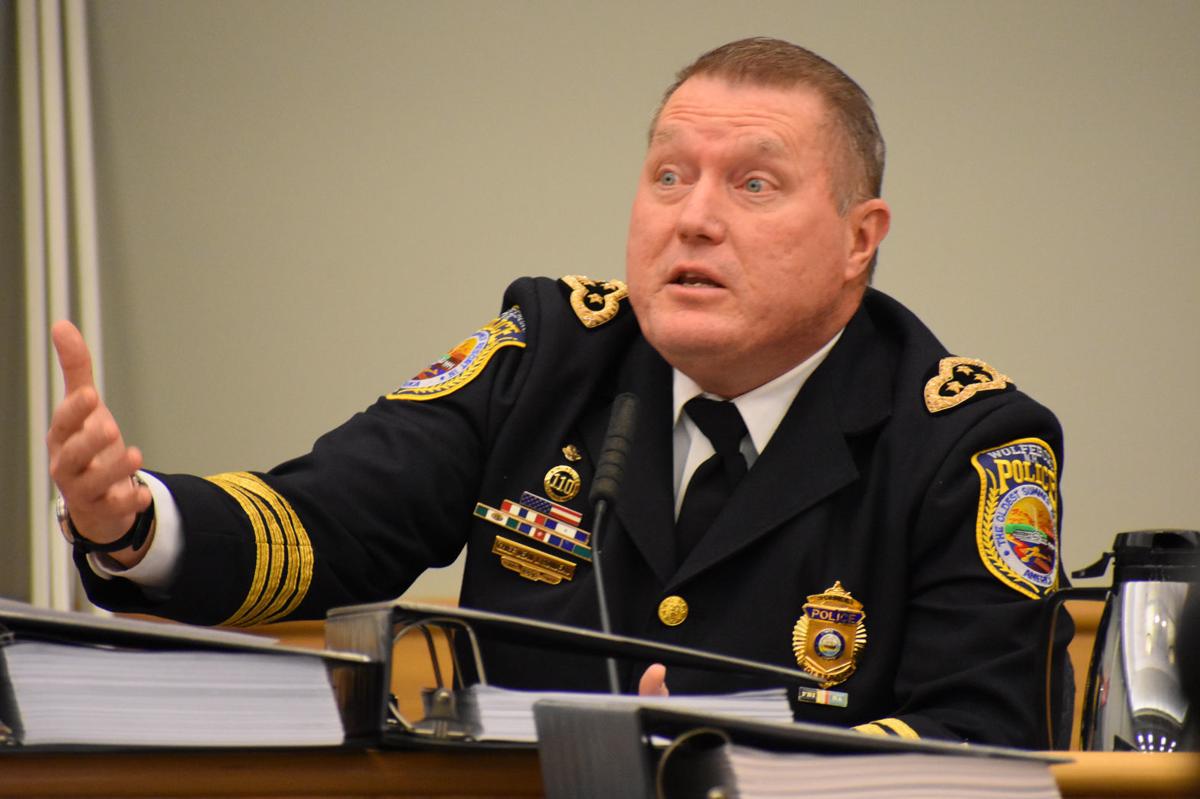 During Christina Fay’s trial, Wolfeboro Police Chief Dean Rondeau, an Army veteran, said the conditions inside her house were worse than a war zone. 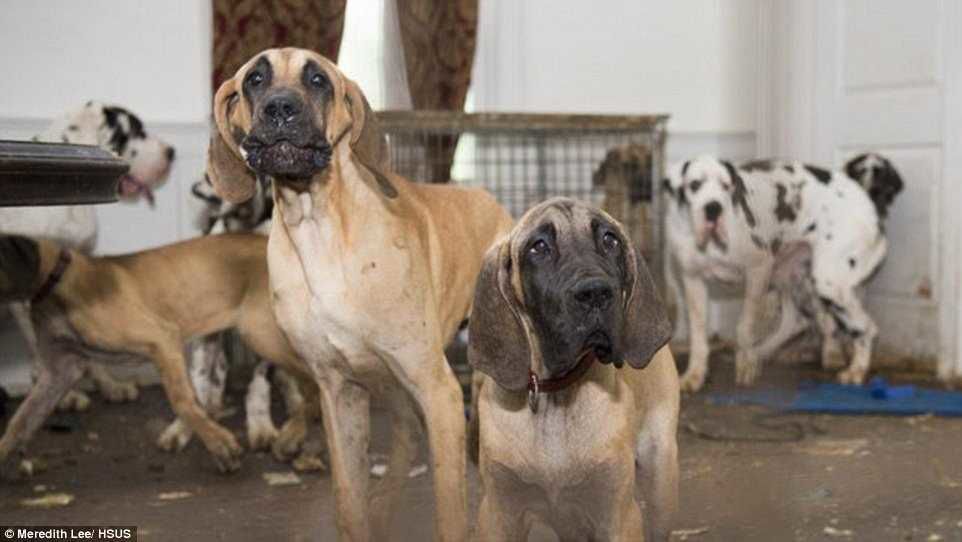 These Great Danes were among the 84 rescued from the Wolfeboro mansion in June 2017.

These Great Danes were found living in fetid conditions inside a Wolfeboro mansion in June 2017. The dogs are in the foyer, the same room as pictured in the real estate photo. 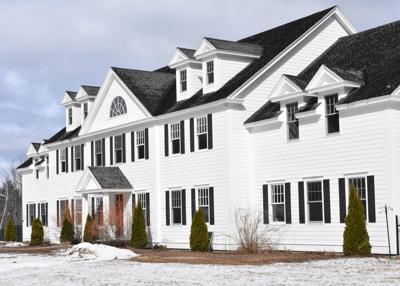 WOLFEBORO — A mansion once home to 84 Great Danes at the center of the state’s most notorious animal cruelty case has new owners, a family taking on the challenge of making it fit for humans again.

Christina Fay, 61, was convicted in April 2018 of animal cruelty and neglect for keeping a pack of Great Danes in a feces-spackled, nine-bedroom, 11½-bath Georgian Colonial hellhole at 149 Warren Sands Road.

If the discount seems steep, so too has been the restoration bill, said Eric Haddock, who bought the property “as is” with his father and one of his brothers.

Besides the typical repairs a new homeowner might expect to have to make, like a new roof, Haddock had to deal with such problems as a heating system with ducts full of cat litter that had been poured through floor grates in an apparent attempt to stem the stench.

“Whoever built the house did a wonderful job. Obviously, she ruined it,” Haddock said.

The property’s notoriety was also a nuisance for the new owners, who added a high-tech security system to deter curious trespassers.

A mechanical contractor from Medford, Mass., Haddock has two children, one of his brothers has another, and his second brother is starting a family. Together, they plan to share the property.

“It’s a huge house and makes a nice place for everyone to go to,” he said.

The mansion had “good bones,” as real estate agents like to say. There’s an in-law apartment with its own kitchen above a six-bay garage, and a sweeping grand staircase with wrought-iron spindles anchors the grand foyer.

“The basement still has a kind of funk to it,” Haddock said, but he expects that will fade as it takes on the scent of home cooking and happier lives.

Once a gravel pit with a view of Lake Wentworth and Mount Shaw, 149 Warren Sands Road hasn’t been the source of much joy since it was built in 2004.

Former owner Steve Fair planned to turn it into a 24-bed rehabilitation center, town records show, but was unable to secure town approval and ran out of money. He died of a heart attack in 2013 at 57.

The same year, a caretaker committed suicide on the grounds, mistakenly believing he had killed another driver while drunk, Haddock said.

Then came Fay, who purchased the property to create a gated compound for her dog-breeding operation.

Complaints from a neighbor about incessant barking prompted multiple visits by police, who ultimately discovered the animals living in squalor.

Debra Cameron, operations manager for the Conway Area Humane Society who participated in the rescue, said the contrast was stark.

“You looked at it and think, ‘This is heaven for dogs.’ You go in it and realize it is hell,” she said.

Prosecutors said the dogs — many in need of immediate medical care — were living on 12,000 square feet of flooring slicked with an accumulated slurry of feces and urine that Humane Society of the United States workers traversed like skaters as they rescued the animals, many of whom were being kept in basement kennels.

“Feces was everywhere, from floor to ceiling,” Rondeau said.

Although he wore glasses and a respirator, his eyes still watered and his throat burned from the strong ammonia fumes. The prodigious waste generated by giant dogs living on a diet of raw meat induced debilitating dry heaves that Rondeau described for jurors.

Fay’s defense attorney tried to place Rondeau’s comments in context, citing the chief’s 30-plus years as an Army officer.

“The life lesson here is just because you have money doesn’t mean everything is good,” said Laconia attorney Jeff Philpot, who worked with the New Hampshire Humane Society after a raid on a Center Harbor property found 120 cats and 30 dogs living in filth alongside school-aged children.

When jurors visited the Warren Sands Road home, hardwood floors, doorway trim and wainscoting had been stripped away. Sheetrock on the lower walls had been cut out. Throughout the house, heavy wooden doors were clawed and window ledges chewed.

Finding Fay guilty, a judge suspended any jail time for five years on the condition she participate in twice-monthly mental health counseling.

Fay also was ordered to repay more than $1.95 million that the Humane Society of the United States said it had spent caring for the rescued dogs. The court also ordered that the 78 dogs that remained in the care of the Humane Society be forfeited to the state, sterilized and found new homes.

Fay has appealed her conviction to the N.H. Supreme Court. Oral arguments are scheduled for Feb. 12.

The dog got spooked on a walk around Thanksgiving, slipping his collar and running away.

LACONIA — Police are investigating a report of gunfire in the city Friday night.

Treasures in Your Attic: Lamp might have originally been part of stand-alone sculpture

DEAR HELAINE AND JOE: My wife’s grandmother gave us this lamp, which has “Humplik” on the bottom. Do you have any information on this piece? Thank you.

Real estate Q&A: You signed agent's agreement, so grit your teeth and pay

Q: My tenant wants to purchase the home he recently rented with the help of my real estate agent. I checked the listing agreement I signed with the agent and noticed that it states that if I sell the property to the tenant, I need to pay the agent an additional sales commission. I already pa…

AMHERST — Worried that the cultural charm and small-town character of Amherst could be altered because of clustered housing complexes, local residents are taking matters into their own hands.