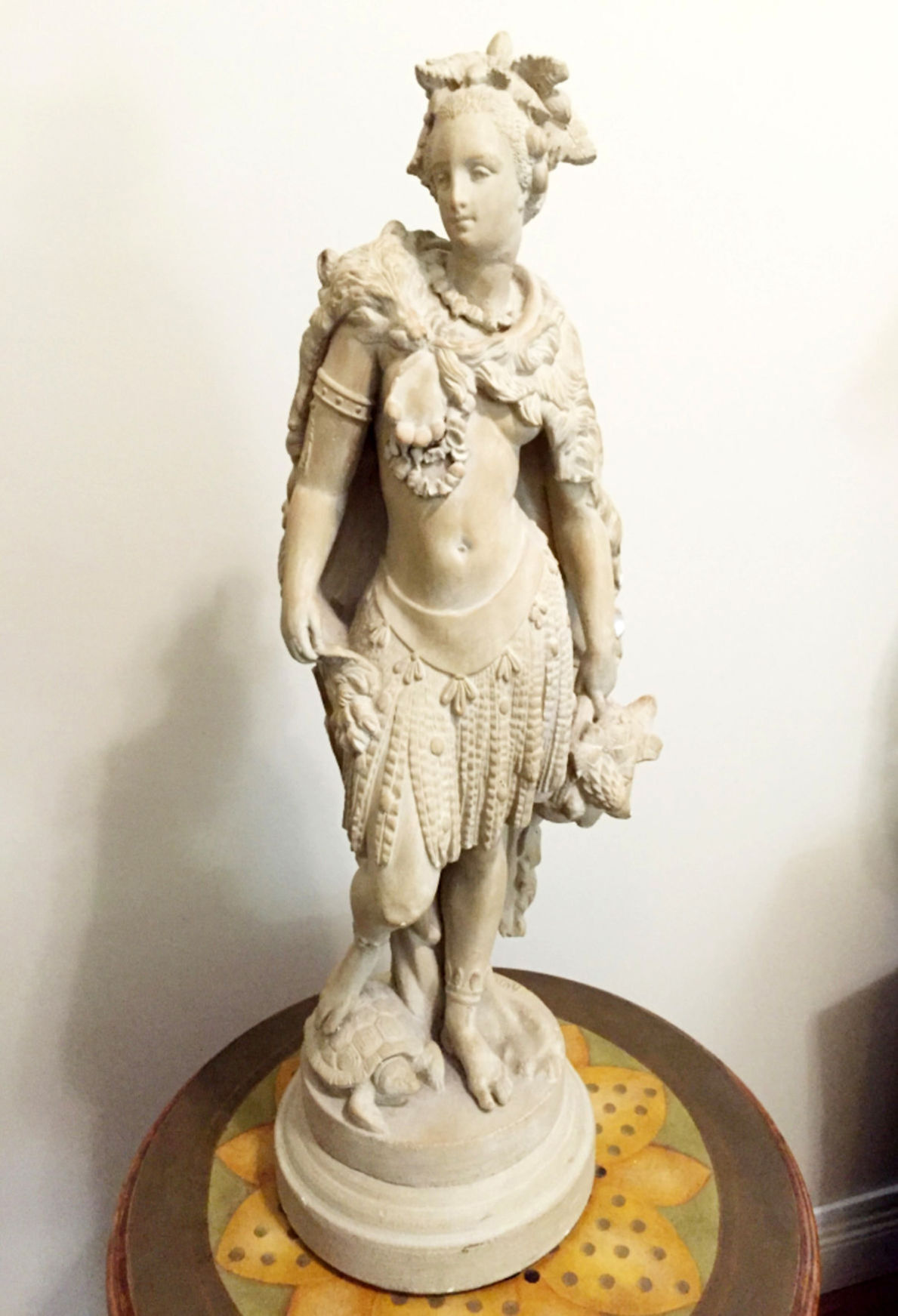 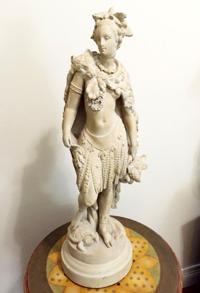 This terra cotta statue of Aphrodite is by a famous 19th-century French artist.

Dear Helaine and Joe: This statue was included in the purchase of a home we bought 15 years ago. It stands 30 inches tall, including the base. It weighs 36 pounds, and I have included pictures of the signature along with a number of other views. I have no idea if it is real or a replica. It looks to be made of terra cotta. Can you estimate a value? — P. T.

Just so we are all on the same page, the signature on the base reads “A. Carrier,” plus something else that is rather hard to read. We believe this to be the signature of French artist Albert-Ernest Carrier-Belleuse, who was born in June 1824 and died in June 1887 about a week before his 63rd birthday.

Carrier-Belleuse began his working life as an apprentice to a goldsmith, but continued it under the famous artist David d’Angers (born Pierre-Jean David) at the Ecole des Beaux-Arts in Paris.

Carrier-Belleuse was a prodigious sculptor and ceramist — he worked for Mintons in England and was artistic director of the Manufacture Nationale de Sevres outside of Paris — and created many artworks in both terra cotta and bronze. (Sometimes the bronze pieces are accented with ivory faces.)

We think the answer is yes, but with qualifications. We are encouraged by the size of the piece and at 30 inches (including the base) it is approximately correct for most original Carrier-Belleuse terra cotta pieces, which are often approximately 25 inches tall (with a base adding another 4 inches or so).

Terra cotta is Italian for “baked earth” and is a type of earthenware (as opposed to porcelain) used to make sculptural figures as well as more utilitarian products such as flower pots, bricks and water pipes. Terra cotta has been made for more than 4,000 years and is said to be the only type of ceramic produced by Westerners and pre-Columbians until the 14th century.

Carrier-Belleuse is known for his neoclassical figures, and his most famous terra cotta piece is probably “The Abduction of Hippodamia,” which in Greek mythology occurred on her wedding day by centaurs. The woman in the statue may be a representation of the Greek goddess Aphrodite. She is clothed and has her foot on the back of a turtle reminiscent of “Aphrodite Ourania” in the Louvre. The piece needs an in-person examination to make sure it is an original. And if it is, it should sell for $2,500 to $3,500 plus at auction (if it is in perfect condition).