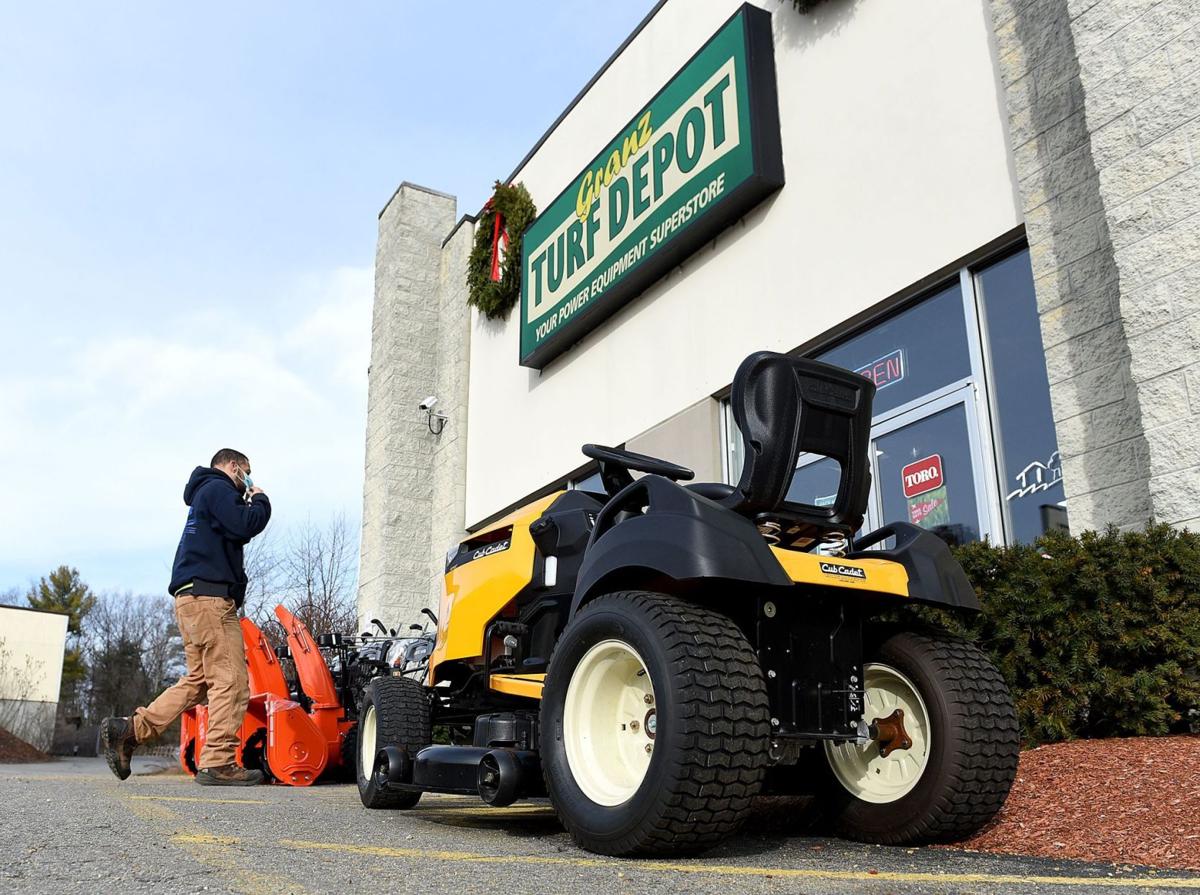 A customer enters Turf Depot in Salem last Wednesday. The company is opening a new store in Hooksett. 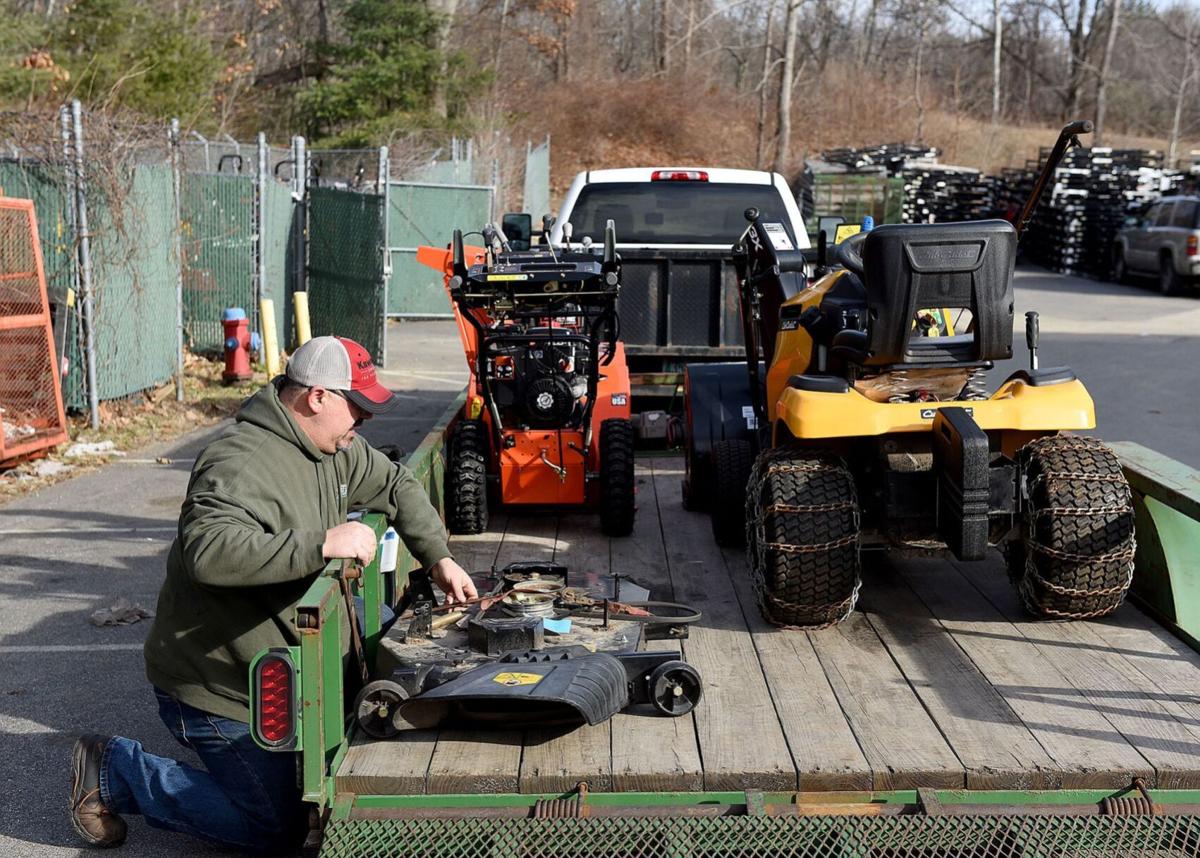 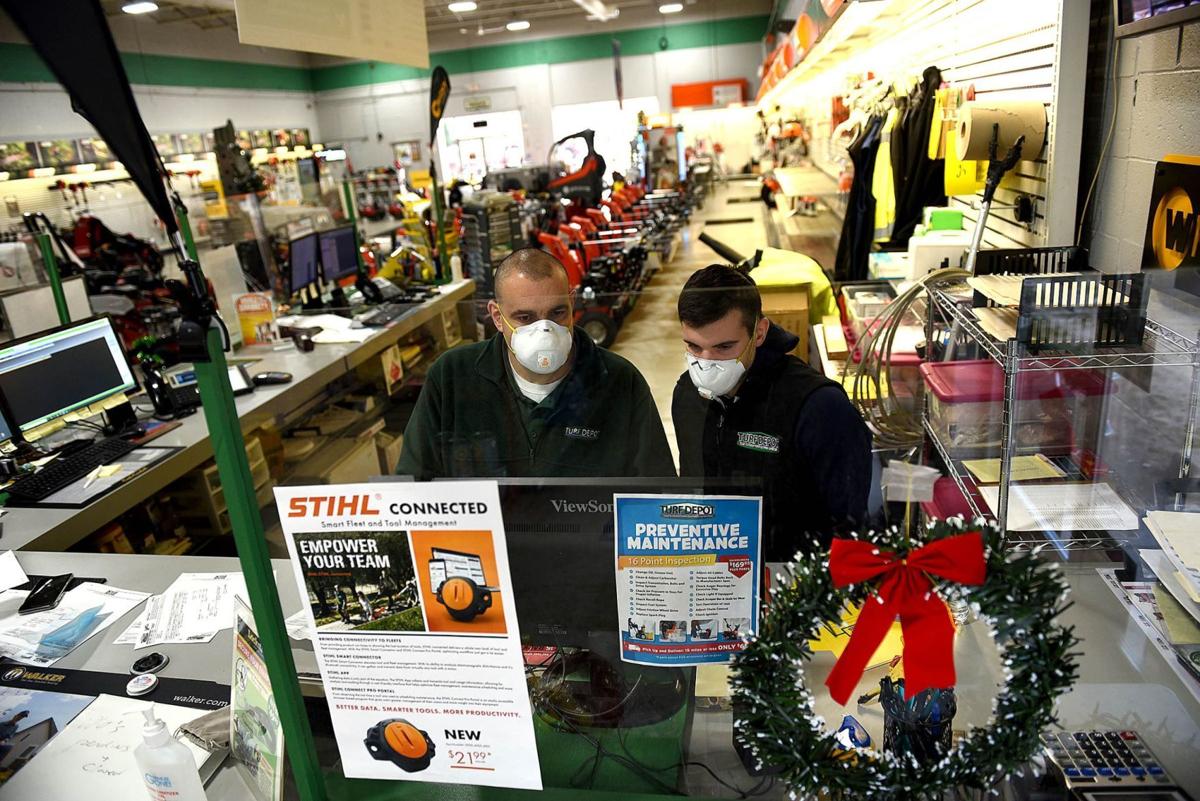 Brian Bodenrader and his son, Joey, check the inventory at Turf Depot in Salem last Wednesday. The company is opening a new store in Hooksett. 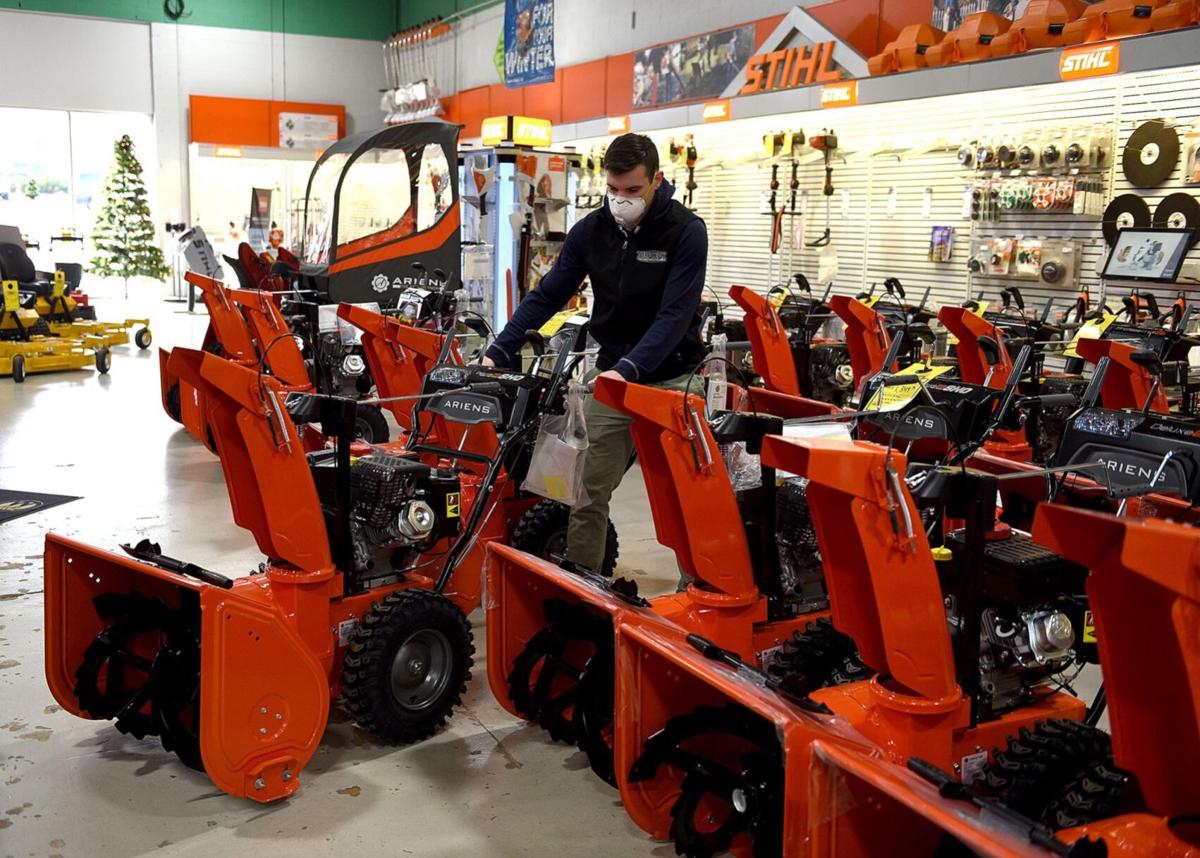 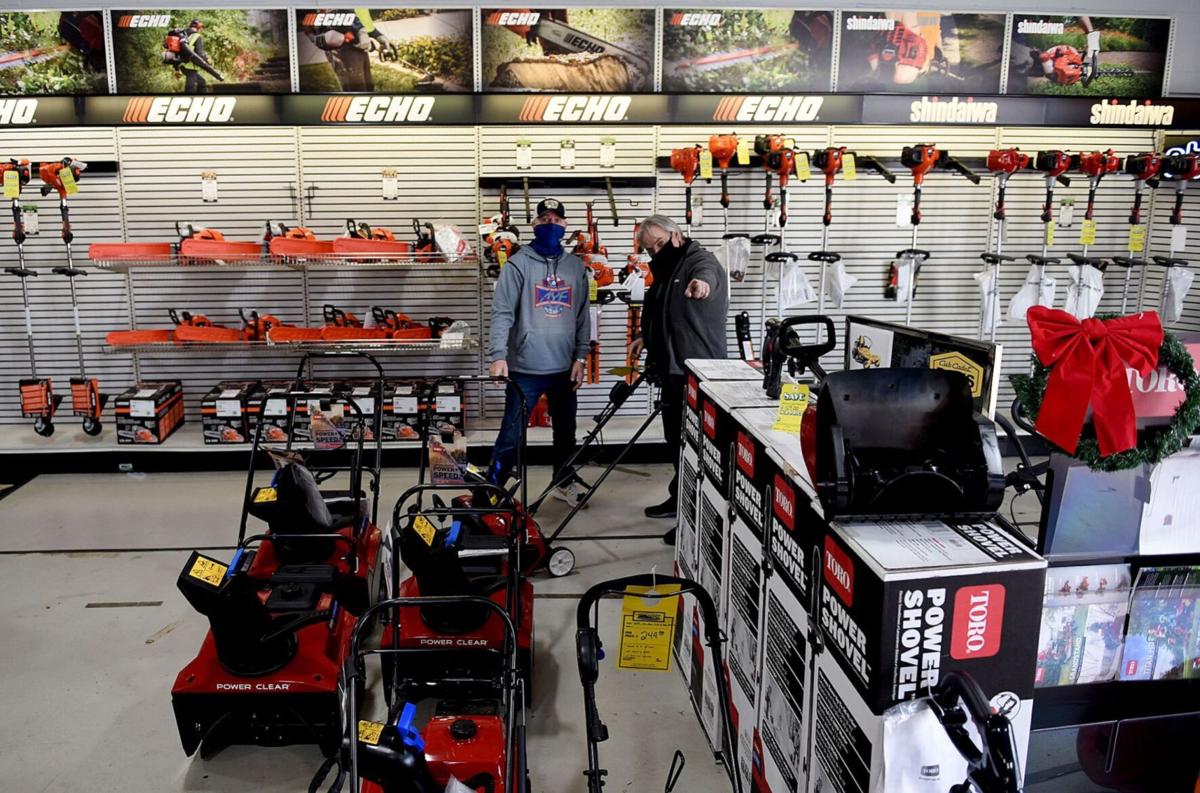 Sales associate Bob Magee points something out to a customer at Turf Depot in Salem last Wednesday.

Turf Depot will open its fifth power equipment store after a nearly two-year search for the perfect spot.

The company purchased 39 Londonderry Turnpike Road (Route 28) in Hooksett this spring. The store is expected to open by the end of the month.

“We were looking to get more into that market,” said Edward Proulx, chief marketing officer. “We don’t touch Concord as much as we would like or the Deerfield and Candia area.”

The Hooksett building was previously Ben Franklin Printers and before that an Elks Club. The renovations cost more than $1 million.

“It was quite a transformation from what the building used to look like to what we have now,” Proulx said.

The business has done well during the COVID-19 pandemic with more people spending time at home or deciding to no longer hire a landscaper. Chainsaws, mowers and weed trimmers were popular items.

“They are looking at their yards a little more,” Proulx said. “They are saying, ‘Oh I can mow the lawn’ or ‘I want to do a patio.’ We’ve done well sales-wise.”

He expects to see similar growth going into 2021.

Other companies have reported a similar spike in sales during the pandemic.

“The COVID-19 pandemic continued to have a significant impact on consumer demand in the third quarter of 2020 across all of the company’s major product categories as customers focused on the care of their homes, land and animals,” the company wrote in its financial report.

Turf Depot projects $4.5 million to $6 million in sales in Hooksett.

Along with products on the floor and a service department, the new space will include an online pickup area and a cafe where customers and employees can talk about purchases and financing. Eventually, the space will be used for training and seminars.

The company now has more than 50 employees, many of whom have been with the company for more than 10 years.

The stores carry more than 40 brands.

Proulx expects more Turf Depots to open in the future.

OTTAWA, April 19 (Reuters) - Canadian housing starts rose 21.6% in March compared with the previous month on a surge in multiple urban starts, data from the Canadian Mortgage and Housing Corporation showed on Monday.

The warmth of natural wood trim is the finishing detail that outlines windows and doors and adds distinction to a room. Whether furnishings are stark contemporary or tried-and-true traditional, any furniture style is complemented by wood trim, and white oak is one of the most popular choices…

How to start a backyard garden

While spring is the ideal time to begin digging and growing a traditional vegetable or flower garden, plenty of planning and other tasks can be done at any time of the year. Gardeners spend most of the summer watering, weeding and watching young plants grow. Fall is a good time to plant tree…