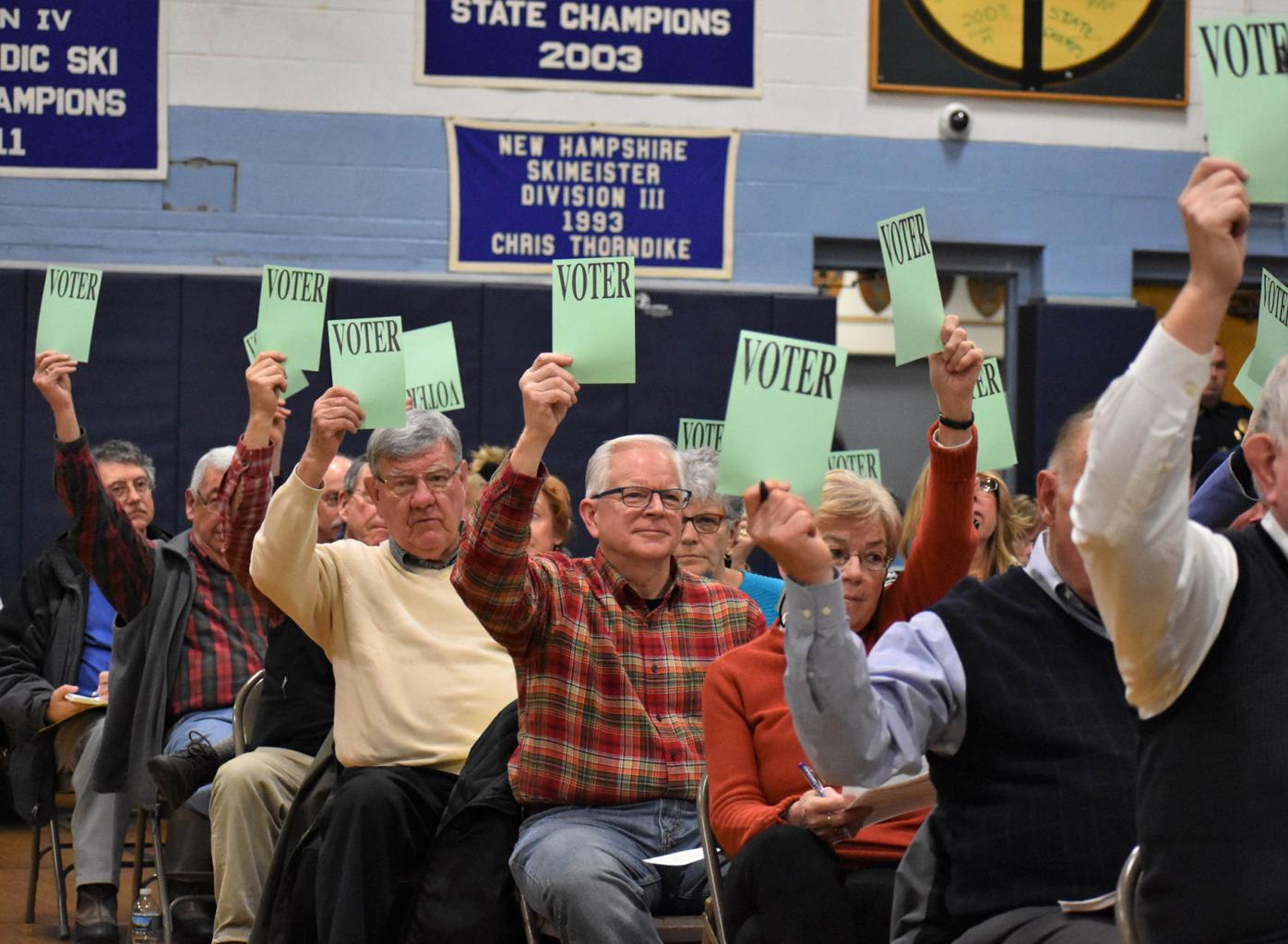 Meredith voters cast ballots at their Town Meeting in 2018. The pandemic has prompted changes in town meeting traditions this year, and perhaps in years to come. 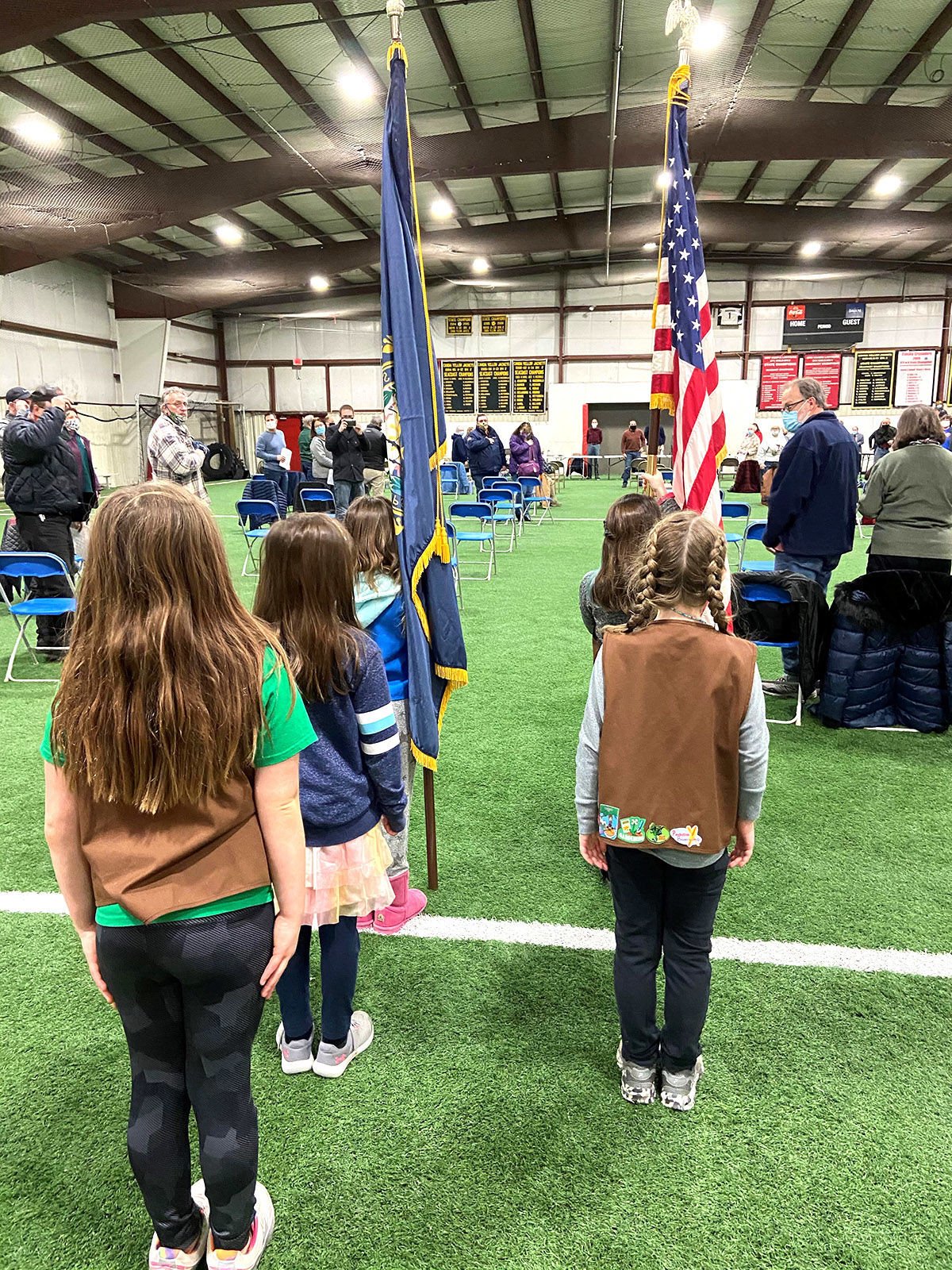 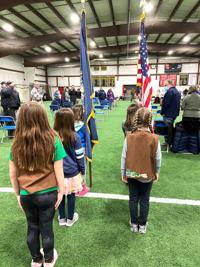 Candia Girl Scouts of Troop 59185 participated in the town’s deliberative session on Jan. 30. Serving as the Color Guard at the meeting was part of their civic education. 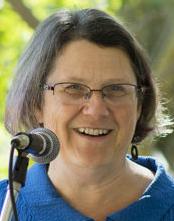 Author and humorist Rebecca Rule wrote an obituary for Northwood’s town meeting after her town adopted SB 2 in 2011.

Virtual hearings, drive-through voting, default budgets — that’s how many New Hampshire communities got through town meeting season in 2020, the year of the pandemic.

They’re about to do it all over again.

And some worry that the traditional New Hampshire town meeting could become another casualty of COVID-19, as Granite Staters become accustomed to new ways of taking care of business.

Many communities are voting for local officials and zoning amendments on Tuesday. Residents who are concerned about exposure to COVID-19 can vote absentee, but the rest will cast their ballots in person.

“Most municipalities have convinced themselves, and probably correctly so, that they can do that safely because they did it safely at the voting in November,” said Stephen Buckley, legal services counsel at the New Hampshire Municipal Association.

Many towns have put off the business sessions of town meeting until April or May because of ongoing concern about public gatherings. As vaccinations continue to increase across the state, those meetings now look more promising for in-person voting.

There’s a lot of confusion out there, Buckley said.

His legal services office at Municipal Association fielded 450 calls from local officials in January, twice the number as the previous January.

Buckley said some local officials are concerned that some of those emergency provisions may end up limiting the right of voters to amend warrant articles. That’s because after virtual meetings for public input, the final content of the town warrant is left to the select board or school board, he said.

“There’s just the concern of taking the public out of that process,” he said.

A lot to figure out

Other community leaders have questions about when a newly elected individual takes office, Buckley said. Is it right after election day, or must the person wait until the business meeting is held in May or June? And can someone be sworn in virtually?

Local officials are doing the best they can to figure it all out, but it’s challenging, Buckley said.

“The process of running town meeting and doing it correctly according to the dates and deadlines could already be a little complex, and now you throw in some changes … and it adds a set of variables which are challenging for volunteers and elected officials to make sure they navigate it all correctly,” he said.

For many towns, postponing town meeting means living within the constraints of last year’s budget until they can pass a new one.

State law (RSA 32:13) authorizes towns that operate on a calendar year (Jan. 1 to Dec. 31) to make expenditures “which are reasonable in light of prior year’s appropriations and expenditures for the same purposes during the same time period.”

Towns that operate on a fiscal year (July 1 to June 30) typically have more time to get their new budgets passed, since the new year doesn’t begin until summer.

This year, the governor’s Emergency Order No. 83 allows both calendar-year and fiscal-year towns to make expenditures based on the previous year’s budgets, but all towns have to adopt budgets by Sept 1.

Town warrants have always reflected the times, and this pandemic year is no different.

In addition to the usual articles to purchase fire engines and plows, many towns this year will vote on expanding broadband access.

With families working and learning from home, and town business being conducted virtually during the pandemic, dependable internet service has become critical, said Buckley, who heard a lot about the issue from local officials over the past year.

“Certainly in the North Country, as we were talking with towns and cities up there that were trying to have virtual meetings, it was really a challenge,” he said.

It’s also an issue in the southwest corner of the state. That’s where Henry Underwood, a planner at Southwest Region Planning Commission, has been focusing on expanding broadband access for the past several years. He also works with other local, regional and state leaders on the issue.

In 2014, the SWRPC developed a regional plan for improving broadband service that has since become a playbook for rural communities to follow. Chesterfield led the way, passing a bond article in 2019 to expand broadband, with subscriber fees going to fund the bond payments, Underwood said.

Five neighboring towns adopted the so-called “Chesterfield model” in 2020, and at least 10 other communities have warrant articles for broadband expansion this year.

Underwood, who is a Geographic Information Systems (GIS) specialist, said broadband networks were designed to prioritize download speeds, but “during the pandemic we’ve needed better upload speeds to send our data out.”

While New Hampshire overall has good speeds, he said, “If Cheshire County were a state, we’d be one rank up from the bottom — just edging out Alaska.”

According to NHMA, approximately 70 municipalities in New Hampshire have adopted the provisions of what’s known as SB 2. The 1995 legislation allows towns that adopt it to vote by ballot on all warrant articles, including the budget, after the public gets the chance to weigh in during “deliberative sessions.”

More towns and school districts, including in Bow and Hopkinton, are deciding on SB 2 on this year’s warrant.

Buckley said some communities may decide to adopt SB 2 because of the pandemic, to make it easier for individuals to vote by ballot instead of at in-person town meetings.

“I think it’s possible that people might not see as much of the value with the social capital and social networking that you get with coming together with your neighbors, and discussing and making decisions on important matters.” he said.

But author and humorist Rebecca Rule hopes the isolation of the past year will prompt more Granite Staters to embrace anew the tradition of gathering to argue, convince and compromise with their neighbors.

Rule was just finishing her book about New Hampshire town meeting, “Moved and Seconded,” when her own town of Northwood voted to adopt SB 2 a decade ago.

“She guided her town through peacetime and wartime, beginning in 1779 when she sent three of her native sons to fight for freedom,” she wrote.

Rule went on to list the many accomplishments to come out of town meeting — schools, libraries, roads and bridges, caring for the poor.

“Yes, she could be feisty. Better, she thought, to get our differences out in the open and settle them with as much civility as could be mustered,” Rule wrote. “And she was a good listener. In her presence all were welcome to speak their minds.”

Rule said she has enjoyed watching her local select board and school board meetings online during the pandemic. “I think more people are watching those,” she said. “So I think that’s a really good thing and I hope they keep Zooming them after COVID is over.”

But she misses the traditional March town meeting with its debate and compromise, Rule said. There’s a bit of that at the deliberative session, she said, but fewer people actually attend, and many communities just vote to adopt default budgets from the previous year.

“Where with town meeting, you go and if you don’t like the budget, you compromise, and come to a budget that people can agree on and then move on,” she said.

“It makes me sad,” she said. “It’s like skim milk when you expect a frappe.”

Rule said she knows the culture has changed.

“People don’t want to go to a meeting and sit for four hours or five hours or eight hours and talk about the affairs of the town. They just don’t value that, and they don’t want to do it and that’s the way it is,” she said.

Most people today don’t know the history behind the tradition, she said. In the old days, she said, “March is when the farmers come out of the hills, and go to the town center and see their relatives and their friends that they have not seen since the snow started falling.

“It’s celebratory and it’s a renewal, and you need to be there in person to do that and to feel that, and to be part of the community.”

NHMA’s Buckley said it’s too soon to know whether communities will change how they conduct their annual business because of the pandemic. Some towns may opt for SB 2, or adopt charters and town councils instead of traditional town meetings, he said.

“Once we’re through what we’re going through right now, the picture as to what town meeting will look like will be clearer, when we see whether there are changes the towns want to pursue at next year’s town meeting,” he said.

Rule said she remains optimistic that the traditional town meeting won’t disappear entirely. “I hope that some towns, especially the smaller towns, continue to see the value in that,” she said.