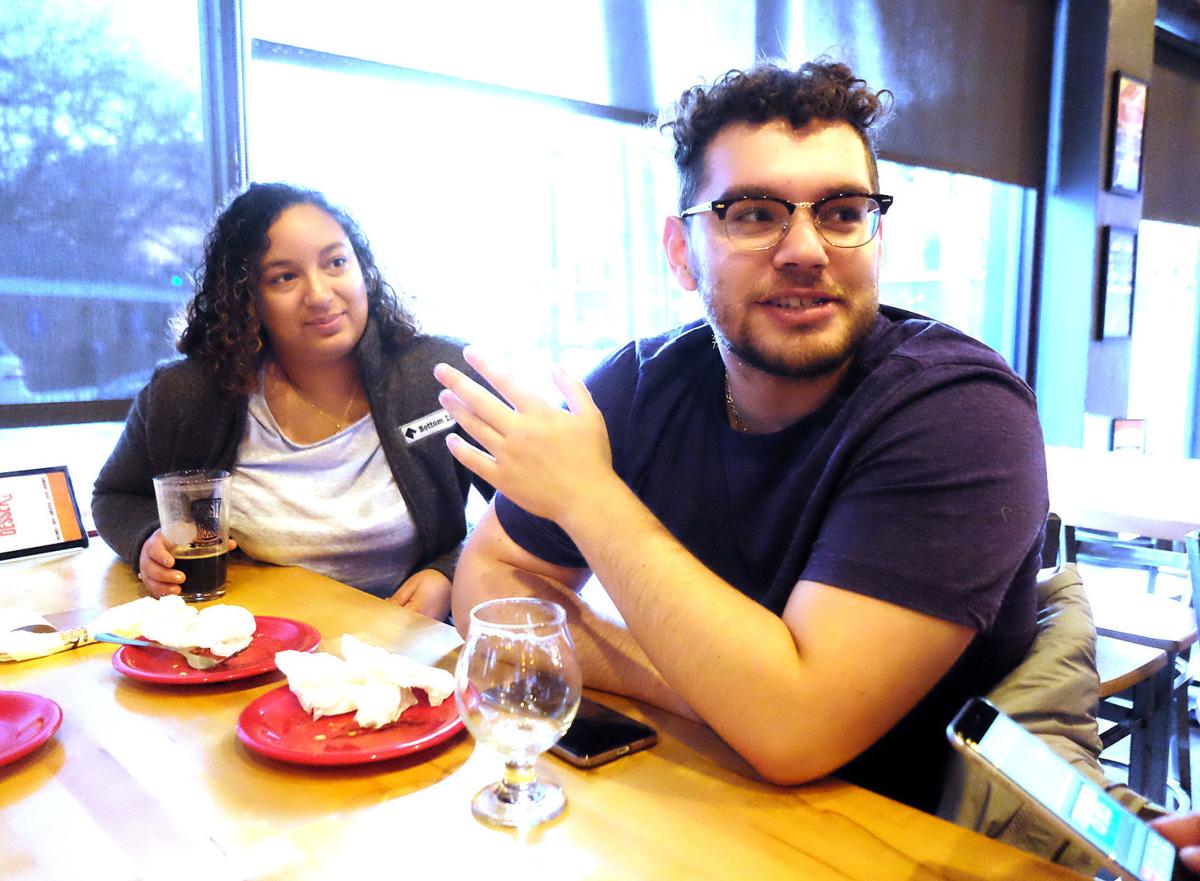 Omri Alpuche of Lynn, Mass., right, talks about the New England Patriots at the Thirsty Moose Taphouse in Manchester on Sunday. With him is Laura Monegro of Lawrence, Mass. 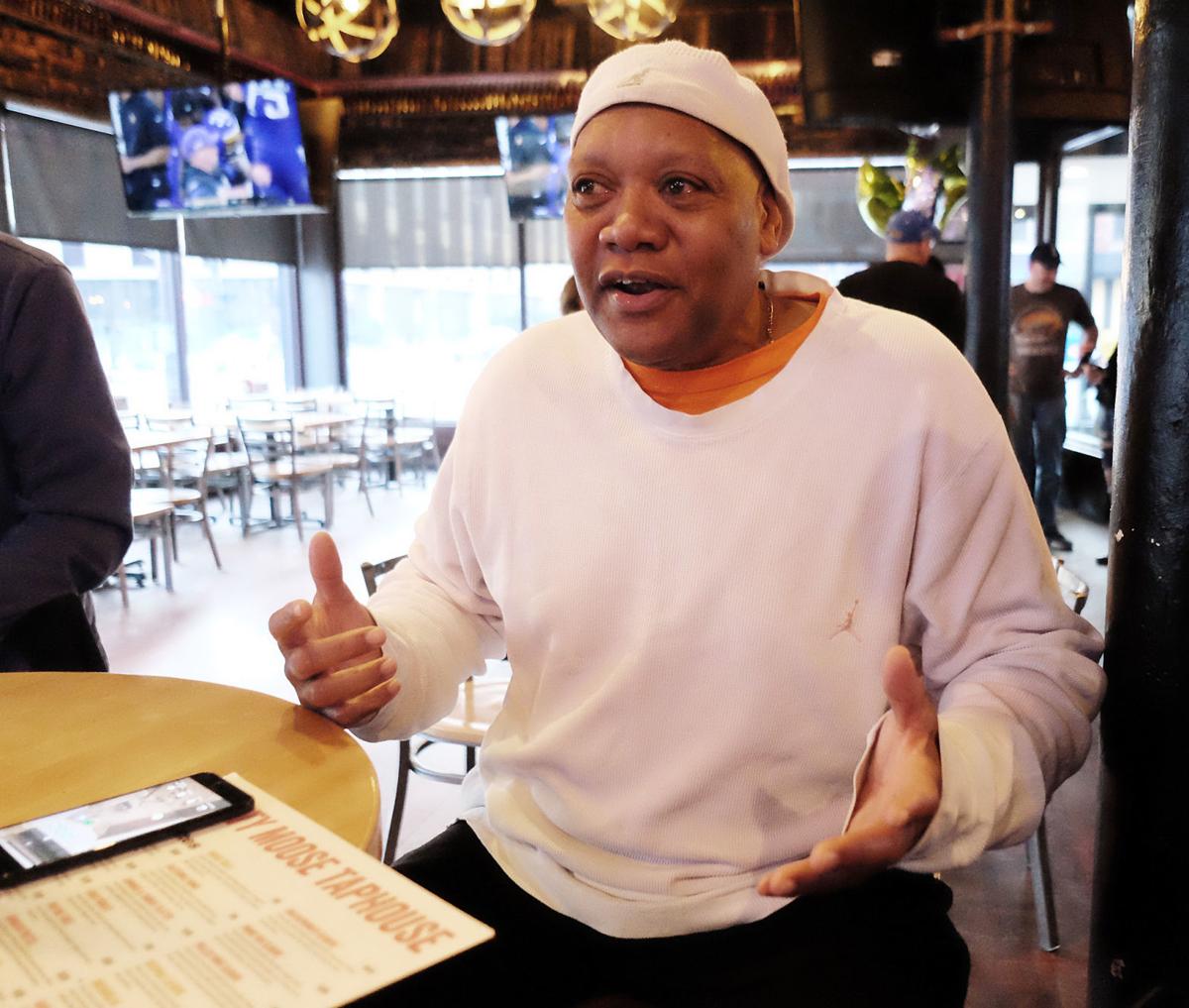 Ralph Wade of Manchester discusses the New England Patriots’ loss during an interview at the Thirsty Moose Taphouse in Manchester on Sunday afternoon. 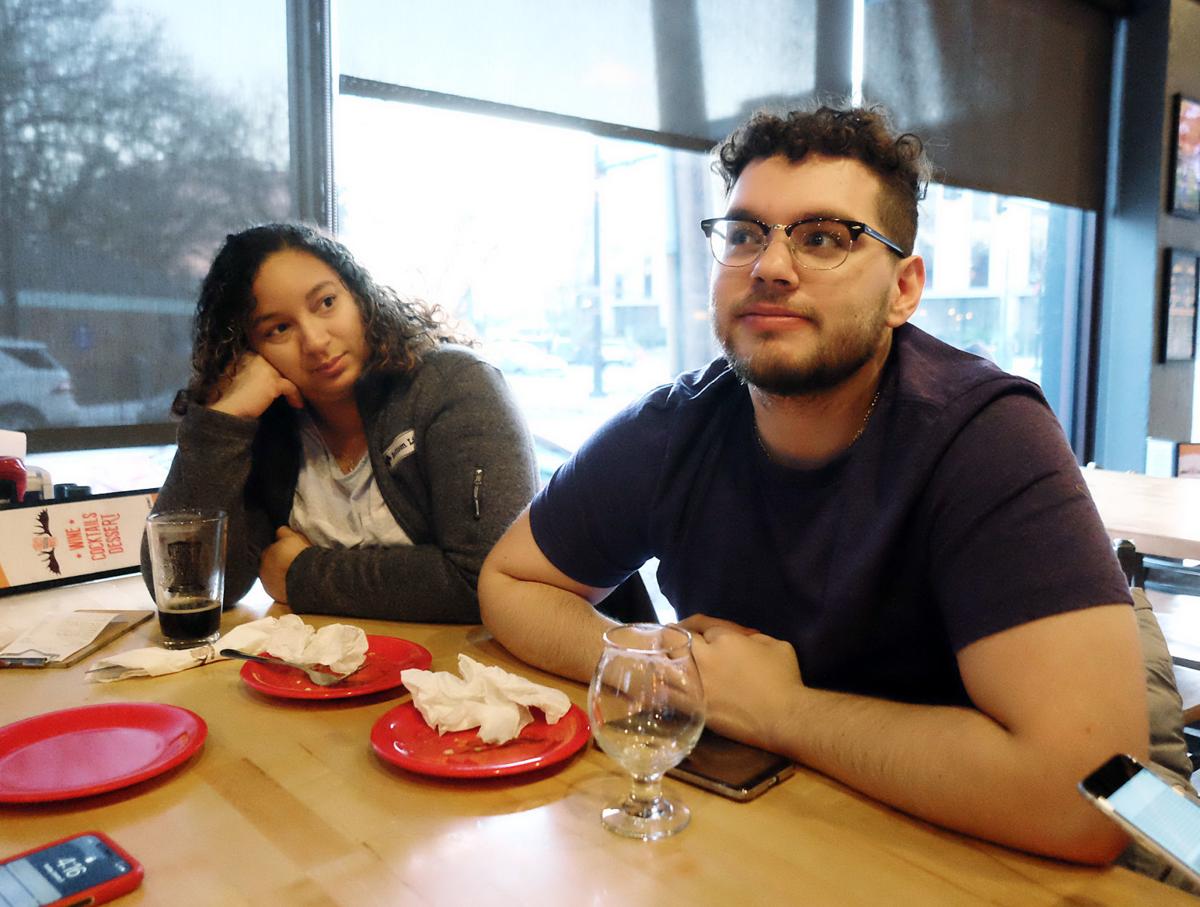 Omri Alpuche of Lynn, Mass., right, pauses as he talks about the New England Patriots at the Thirsty Moose Taphouse in Manchester on Sunday. With him is Laura Monegro of Lawrence, Mass.

In the 24 hours after the Pats fell to the Tennessee Titans in the wild card round of the playoffs Saturday night, many in the media labeled the loss “the end of an era.”

On Sunday, football fans around Manchester were a bit more optimistic about their team’s chances next season and beyond.

“It’s been a great run,” said Ralph Wade, 65, of Manchester, at the Thirsty Moose Taphouse on Elm Street. “I thought they would pull it out, and have a shot against Kansas City. There’s going to be some rebuilding. It’s just disappointing ... you just don’t want to see it end this way.”

“I’m glad it ended last night, honestly, because I don’t want to see how bad we would have played against the Chiefs and the Ravens,” said Omri Alpuche, 24, of Lynn, Mass., at the Thirsty Moose. “I think the Ravens are playing as best as you can, and the Chiefs, I think their offense is better than last year and our defense couldn’t keep up with them. I don’t think we would have been in the Super Bowl.”

At Billy’s Sports Bar & Grill on Tarrytown Road in Manchester, fans taking in a game between New Orleans and Minnesota were a bit more somber. Most fans declined to comment on their feelings following the Patriots loss, with one man summing up his mood in a single word.

At Shoppers Pub + Eatery at Indian Head on Lake Avenue in Manchester, John Deltona of Manchester said New England’s loss was due to a lack of preparation the week prior against Miami.

“They got fat and happy over the Christmas break, and altered the practice schedule,” said Deltona. “Some people work on Christmas. They should have, too. They didn’t practice as much, and they weren’t ready for the Dolphins. They never should have been playing this week.”

Patriots quarterback Tom Brady threw an interception that was returned for a touchdown to end the game against the Titans Saturday. The team has not renewed his contract, which expires at the end of this season, raising questions over whether the future Hall of Famer could retire or join another team next year.

Fans in Manchester said they believe Brady will be back in a Patriots uniform next season.

‘I don’t think he’s done here, but I think there’s going to be a huge shakeup in this team,” said Alpuche.

Wade said if he were “a betting man,” he likes the odds Brady will be back in New England.

“Would I put money on him being here? I think I would,” said Wade. “I have no clues as to what he’ll do, but I don’t think he wants to go out this way.”

“Non-Patriots fans are celebrating that the dynasty is over, and our teams may actually have a chance now,” said Harvey.

LONDON — Prince Harry and his wife, Meghan, will no longer be working members of Britain’s monarchy, will forgo public funds and will repay money spent on refurbishing their cottage west of London as they embark on an independent future, Buckingham Palace said on Saturday.

Jason Reynolds wants kids to love his stories, but he wants them to love their own stories more. The award-winning author, whom the Library of Congress announced Monday will be the seventh National Ambassador for Young People’s Literature, plans to use his two-year appointment to listen as k…

Dog walking etiquette: Should you walk your dog on the left or the right?

DEAR JOAN: My dog, Wanda, is taking chemo for lymphoma and fortunately, she’s doing great. I’m trying to get her on nice trail walks several times a week, and this raises a question.