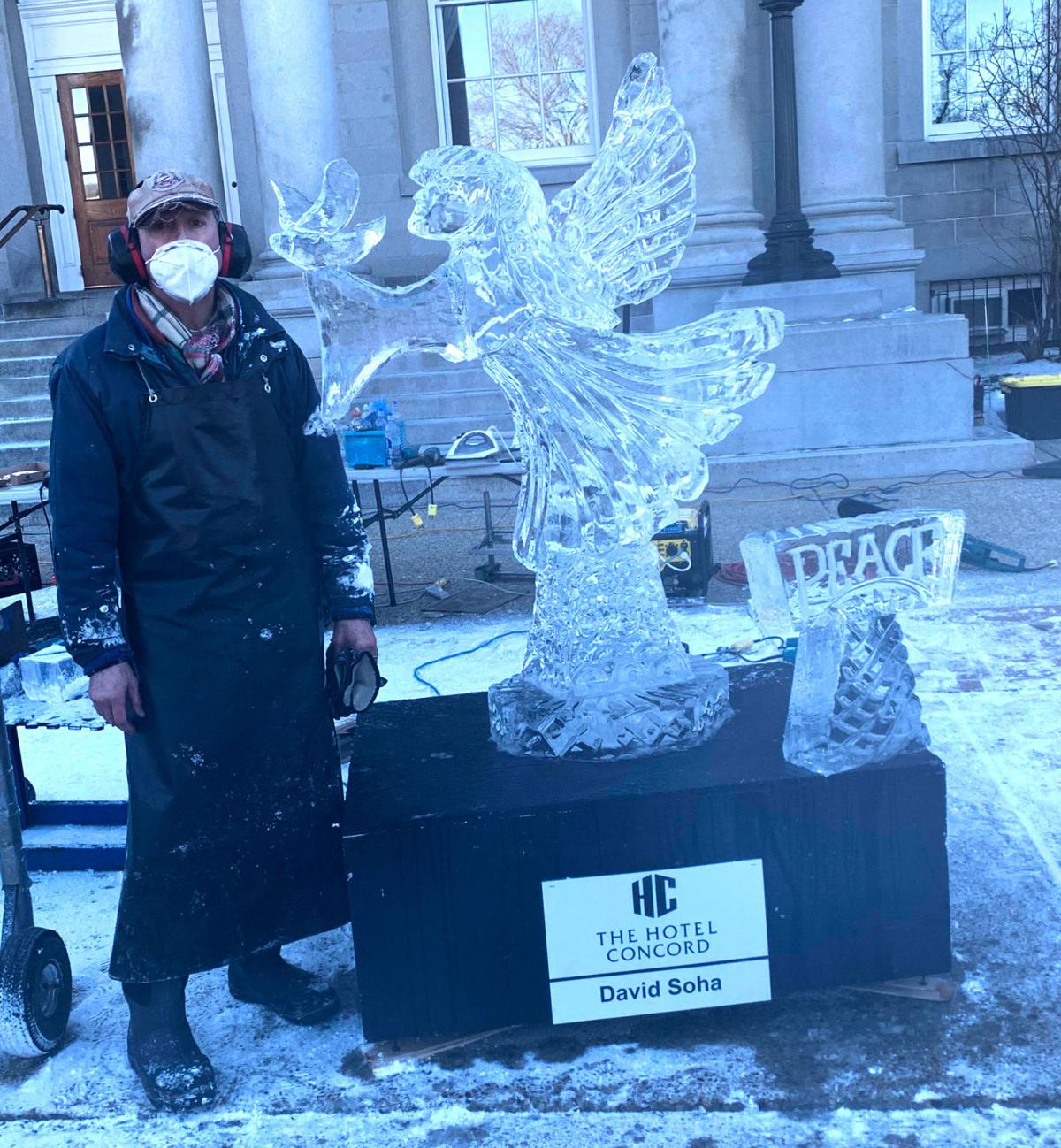 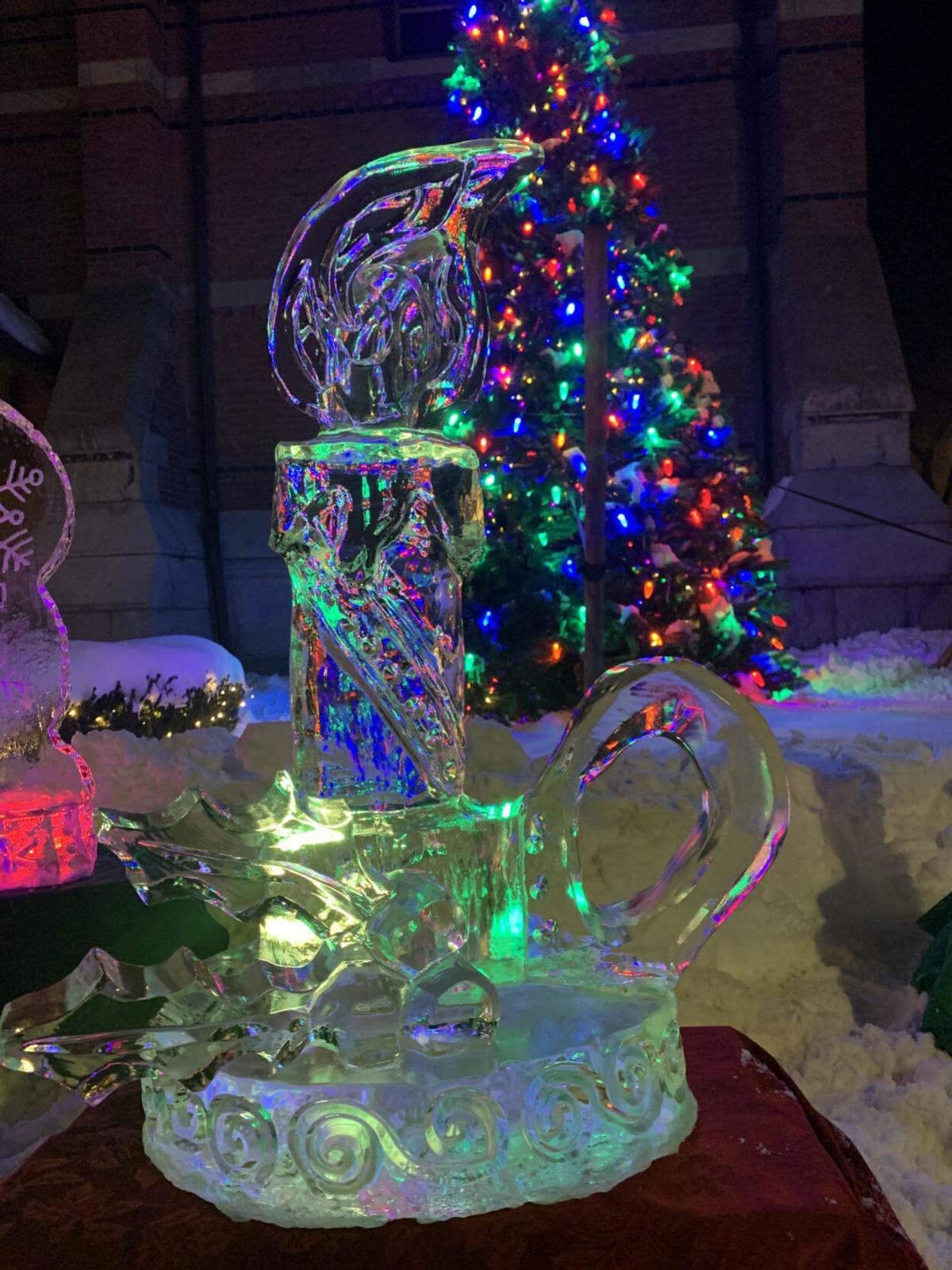 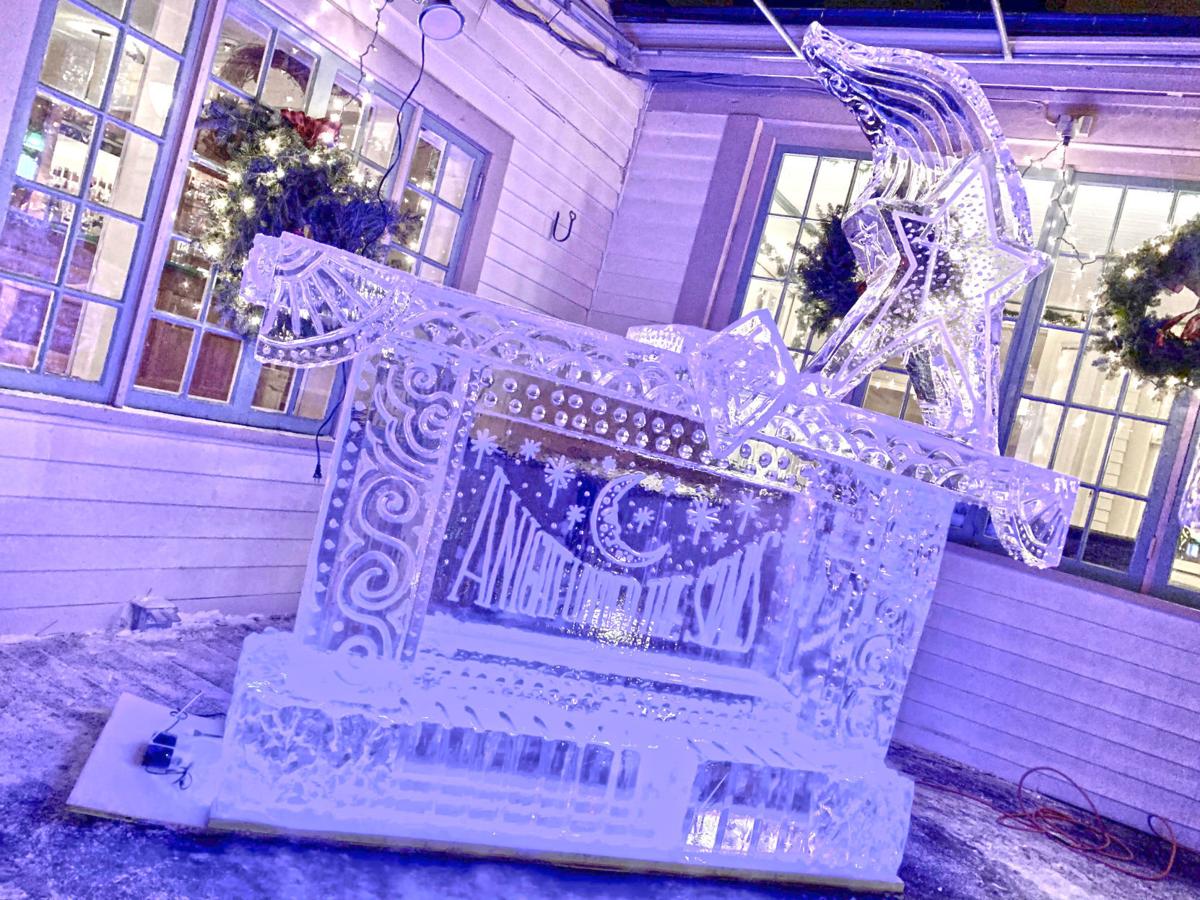 For a winter celebration dubbed A Night Under the Star at the Wentworth Inn in Jackson, Ice Breakers Ice Carvers sculpted an ice bar with celestial designs and embellishes. 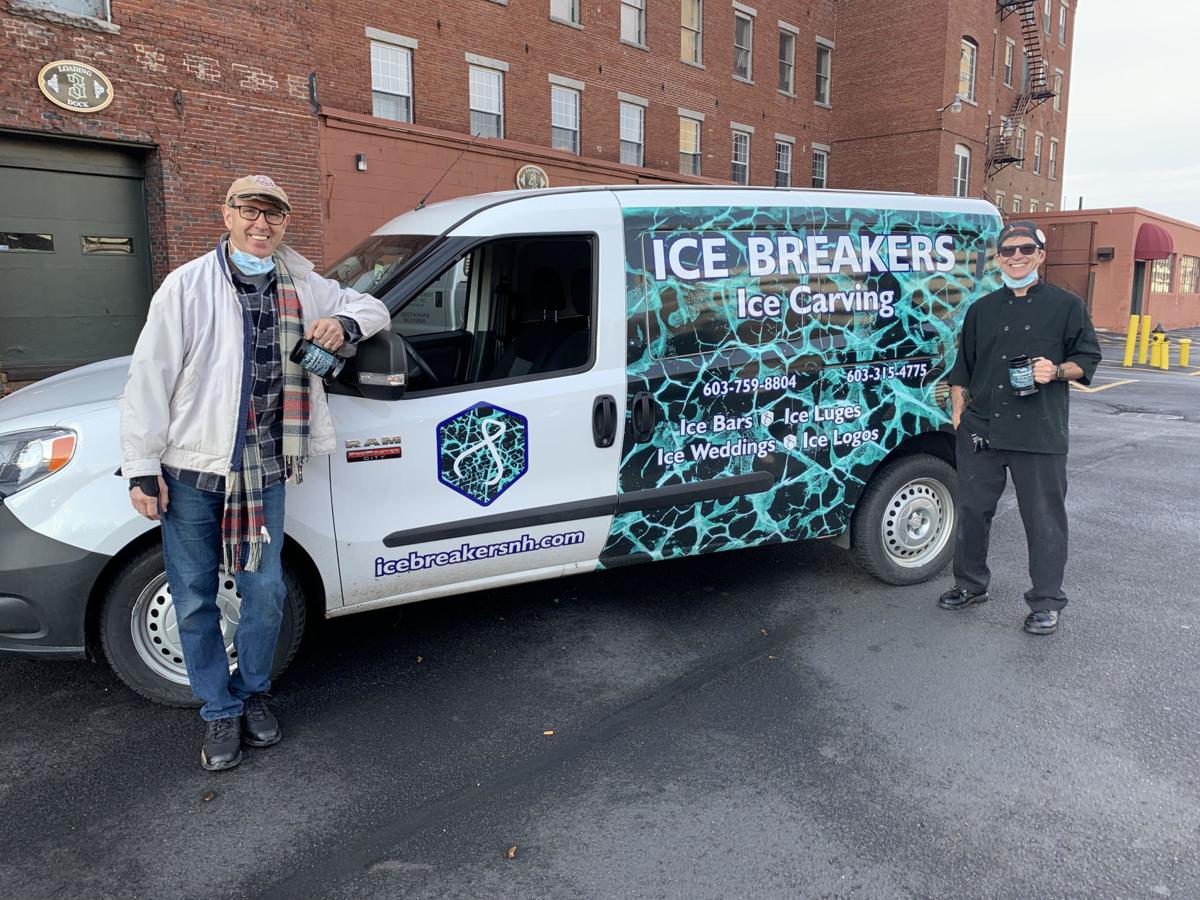 Dave Soha, left, and Dennis Hickey are co-owners of Ice Breakers Ice Carving, which sculpts ice bars and ice luges, turns businesses’ logos into frozen art for events, and creates conversation pieces for everything from winter festivals to weddings.

For a winter celebration dubbed A Night Under the Star at the Wentworth Inn in Jackson, Ice Breakers Ice Carvers sculpted an ice bar with celestial designs and embellishes.

Dave Soha, left, and Dennis Hickey are co-owners of Ice Breakers Ice Carving, which sculpts ice bars and ice luges, turns businesses’ logos into frozen art for events, and creates conversation pieces for everything from winter festivals to weddings.

It’s not as easy as tossing the ice skates or saucer sled in the back of the car.

For Dave Soha, his next wintry adventure involves getting three quarters of a ton of ice, along with a shop full of chain saws, chisels, grinders and generators into a van and a truck.

“All in all, it’s a pretty good way to get through winter,” Soha said with a laugh.

Since 1997, he and co-owner Dennis Hickey have operated Ice Breakers Ice Carving, a Manchester-based business that handcrafts frozen conversation pieces, including ice bars, sculptures and luges at everything from annual festivals and competitions to wedding receptions and corporate events.

Next up for the carvers is the Frost Festival in downtown Derry from noon to 3 p.m. Saturday.

Prep work will begin on Friday at their Queen City shop, which is inside the Morgan Storage building at 400 Bedford St. Because of the scale of the blocks and the project itself, they’ll do some framing work in advance. Once on site at the festival the next day, they’ll fabricate additional elements and add finishing touches.

“Each block is 300 pounds and there are five blocks, so we try to get organized before we bring it all down there,” he said.

It will be a circus-carnival theme, a grander-scale version of a creation they did earlier this month at Winter Fest in downtown Concord, where the duo shattered the competition. Hickey earned a first-place finish for his clown carving and Soha got second place for his “Peace Angel’’ sculpture.

Soha said it’s often more practical to do cartoon-inspired or fantastic creatures — say, SpongeBob SquarePants or Olaf the snowman from “Frozen” — since this type of art isn’t designed to last for long. Doing a detailed portrait of a person isn’t going to age as well as Snoopy when the face begins to melt.

That brings us to another pop-culture reference, and this one is a triple dog-dare of a trade secret.

Soha is talking about how ice carvers use heated aluminum sheets to get layers of ice nice and flat and primed to “stick” to one another.

It’s like that iconic movie scene of the kid with his tongue stuck to the frozen flag pole in “A Christmas Story.”

“It’s the same concept,” Soha said, chuckling. “You pull the sheet out (between the layers) and it fuses together. It just has to be cold.”

What you need to know:

Ice Breakers Ice Carving will be creating their icy art at 1 West Broadway on Saturday at the free Frost Fest in Derry. There will be ice skating on Hood Pond, sledding and snowboarding at Alexander Carr Park, a scavenger hunt for Frosty posters at local shops, restaurants and public buildings and live music.

In addition, there will be a virtual puppet show accessed through a link on the Facebook page for 2021 Frost Festival. Also, there are a couple of programs available to those who register in advance. Sign up at culinary-playground.com to pick up cookies at 16 Manning St., No. 105, and go to derrynh.org/parks to get on a list for a Craft Kit, which can be retrieved at Derry Parks and Recreation, 31 West Broadway.

It’s winterfest every day in February at Squam Lakes

Through Sunday, Feb. 28, visitors can sled, walk, skate and try out an icy mini-golf course. Bring your own equipment, although some sleds, golf clubs and tennis balls will be on site.

The stations aren’t staffed, and the public restrooms won’t be open.

MANCHESTER — The SEE Science Center, in the Queen City’s Millyard District, will be open daily through Sunday, Feb. 28, during winter breaks.

Reserve a session in advance for slots at either 10 a.m. to 1 p.m. or 2 to 5 p.m. Capacity is limited in light of social distancing measures.

The center, which was upgraded with a new air intake system in December, will be closed from 1 to 2 p.m. for cleaning between sessions. Masks and social distancing from other families is required. Admission is $9 for ages 3 and older.

PORTSMOUTH — Jelani Remy, whose last Broadway run was “Ain’t Too Proud,” will take the stage at the Music Hall, 28 Chestnut St., at 8 p.m. Friday Feb. 26 in a night of pop and musical theater.

Remy made his Broadway debut in “Disney’s The Lion King,” playing the role of Simba. Other credits include “Disney’s High School Musical,” “Smokey Joe’s Cafe” and “The Apple Boys.”