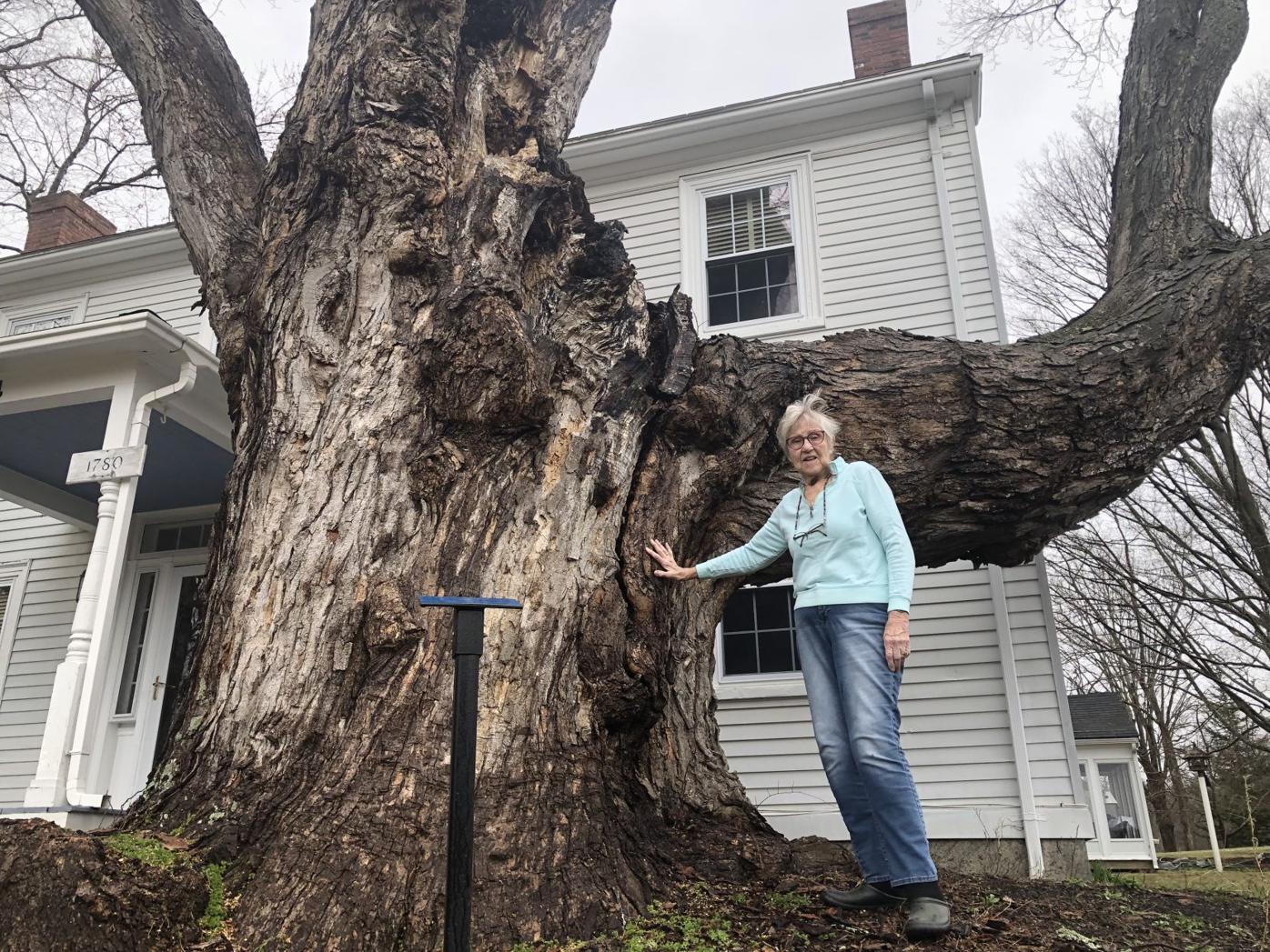 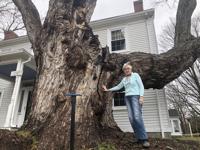 Janet Buxton stands next to the massive “champion” sugar maple tree that is to be taken down on Monday. 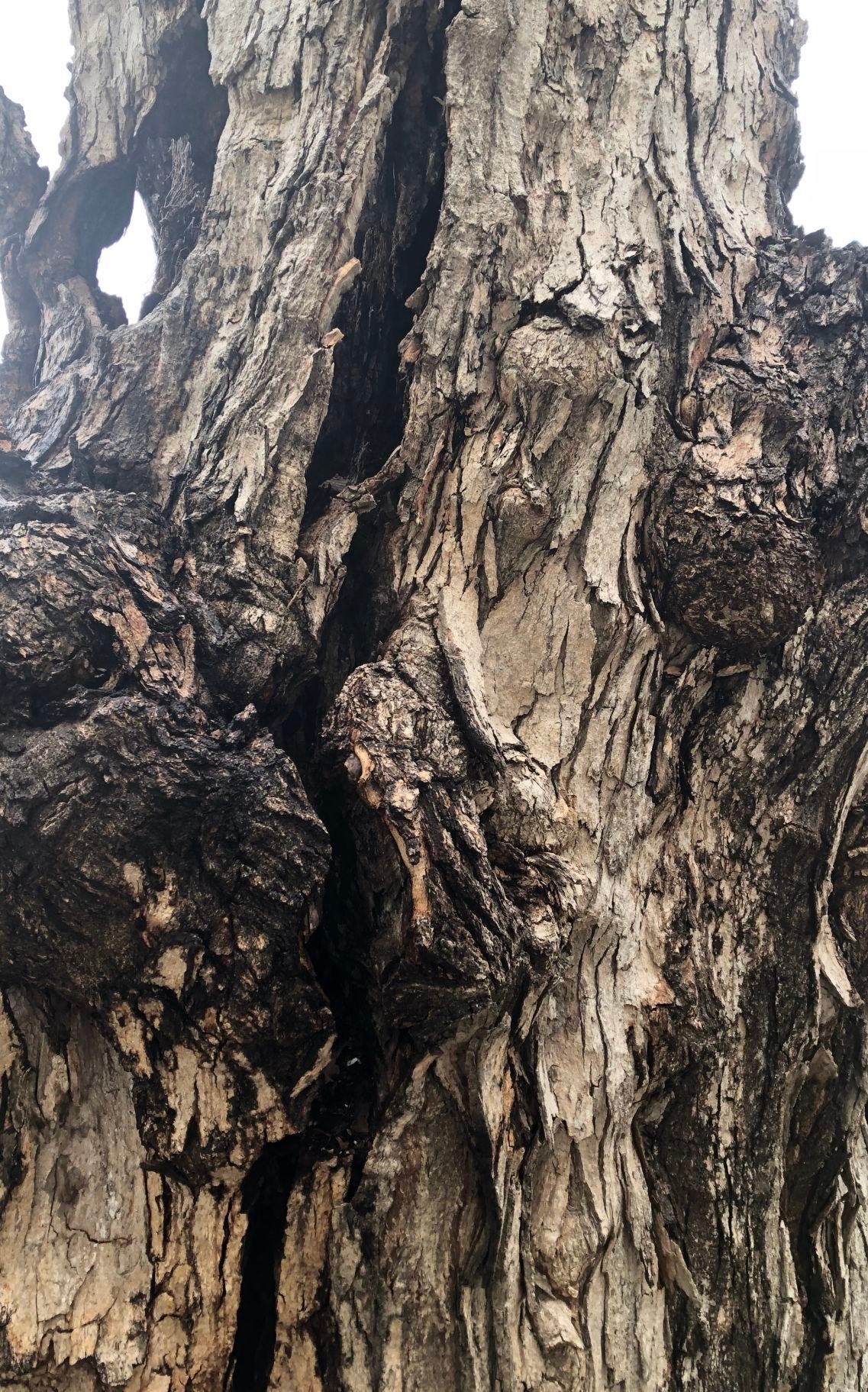 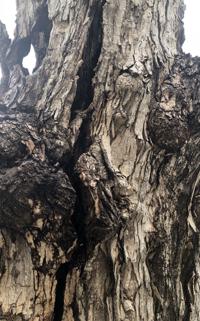 A crack in the sugar maple tree on the Buxton property in Kensington is widening and is one of the reasons why the tree must be removed.

Janet Buxton stands next to the massive “champion” sugar maple tree that is to be taken down on Monday.

A crack in the sugar maple tree on the Buxton property in Kensington is widening and is one of the reasons why the tree must be removed.

A treasured sugar maple tree that is the largest known of its kind in the country has towered over the front of the Buxton property for nearly 250 years, but now it is dying.

On Monday, the decaying tree that has made memories for generations of locals is to be taken down. The tree has withstood beatings from fierce hurricanes and other harsh weather during its long life, but recent winds took a heavy toll and a widening crack has worsened, raising fears that it could break apart and damage the 18th-century farmhouse or hurt someone.

“We’ve had many years of pleasure from the tree,” said Janet Buxton, whose family moved to the Drinkwater Road farm property in 1954.

The tree is known as a “champion” sugar maple. It has long been considered the largest sugar maple in the state through the New Hampshire Big Tree Program.

Last year, the Buxtons’ sugar maple appeared on the National Register of Champion Trees after it was determined to be the largest known tree of its species in the United States based on measurements provided to American Forests, the country’s oldest national nonprofit conservation organization.

The tree is believed to have been planted alongside a second sugar maple around 1780.

According to the last official measurements taken in 2014, which were used when it was crowned a national champion, the tree stood 101 feet tall and had a crown spread of 100 feet and a trunk circumference of 230 inches.

The decision to remove the tree wasn’t an easy one. Buxton likened it to euthanizing a pet.

“I’m very emotional. The whole family is. We love the tree. It’s been very special to us and we tried to take good care of it,” Buxton said.

So many people have strolled by and admired the tree and its twin, which isn’t as big but is healthy and will remain. Some have stopped and asked if they could stand under the tree.

The tree hasn’t been tapped during the time that the Buxtons have lived there. People asked for permission to tap over the years, but they wouldn’t allow it.

“We didn’t want to hurt her,” Buxton said.

The tree has been under the care of Micum Davis, an arborist and owner of Cornerstone Tree Care in Portsmouth. He’s been working with the tree since around 2008 and has done his best to save it.

Buxton calls Davis the “doctor,” so when he recommended the tree come down for safety reasons, the family decided it was the best option.

Davis has witnessed the tree’s slow decline over the years. When he started caring for it the tree had just one supporting cable. There are now five support cables holding things together.

“It’s become clear that there’s not enough structure to brace any longer,” he said.

Several branches ranging from 6 to 12 inches in diameter were removed to reduce some of the weight until the tree is taken down.

“I feel very fortunate that I’ve been able to work with such a large tree and such an old and iconic tree and thankful the tree has lasted as long as it has,” Davis said.

Richard Adams, a Portsmouth resident and former Big Tree Program coordinator for Rockingham County, remembers measuring the Buxtons’ tree for the first time many years ago and is the one who nominated it for the program.

“I measured it and it was certainly a state champion. It turned out to be a national champion,” he said.

Adams said it’s awe-inspiring to think that the tree was alive and flourishing during the Revolutionary War.

“To think of everything that tree has, in effect, seen over its life is quite remarkable,” he said, adding that at one point he recalled that New Hampshire had five national champions of different species.

“Part of the focus of the program is to bring attention and appreciation to big trees like this sugar maple. Large trees are very special and this tree has lived through many years of local history. Large old trees have a life cycle and with proper care they can be maintained up to a point,” said A.J. Dupere, an urban forester with the Urban Forestry Center in Portsmouth.

According to Dupere, UNH Cooperative Extension and the Division of Forests and Lands have worked with other communities to provide tree care for their champion big trees and repurpose wood products from significant big trees in the state, including a maple tree at the Robert Frost Farm in Derry.

Lorraine O’Keefe, 68, is president of the Kensington Historical Society and was saddened to learn of the tree’s demise.

“I grew up in Kensington so I’ve seen it my whole life. It’s a shame, but I don’t think they can really save that tree,” she said.

Elaine Kaczmarek, 78, also grew up in town, and while she admired the tree, she worried about it.

“It’s always been a beautiful tree that I have enjoyed looking at when I’ve walked by and I walk by quite frequently. Every time I look at those limbs right next to the house I find it beautiful, but I always find it dangerous. I really understand that if it’s not safe anymore it should come down,” she said.

KENSINGTON — As the “Old Lady” came down Monday, those who knew her well and others who were strangers gathered to watch.