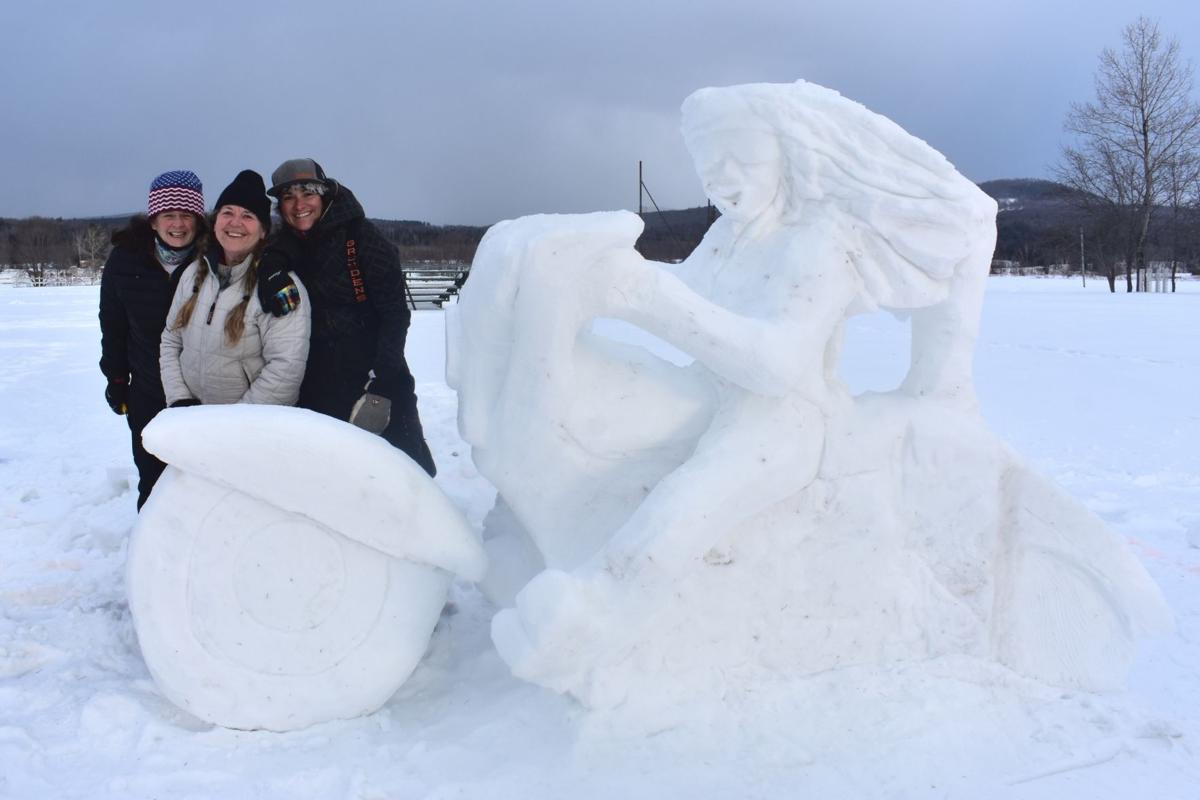 Team Think, composed of, from left, Kathleen Fraize, Sandy Hall and Erin McNall, worked Saturday on “The Unknown Legend,” which was inspired by a Neil Young song, during the first day of Milan’s snow-sculpting contest. 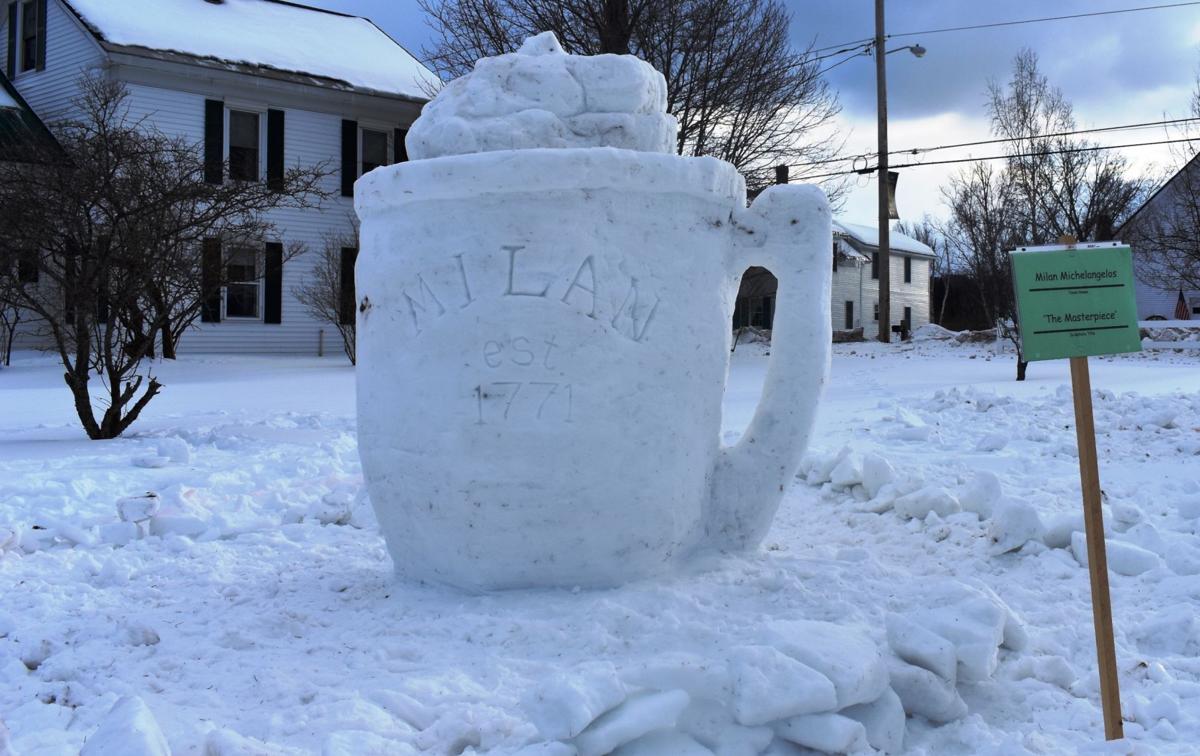 The Milan Michelangelos created “The Masterpiece” on Saturday as part of the snow-sculpting contest.

Team Think, composed of, from left, Kathleen Fraize, Sandy Hall and Erin McNall, worked Saturday on “The Unknown Legend,” which was inspired by a Neil Young song, during the first day of Milan’s snow-sculpting contest.

The Milan Michelangelos created “The Masterpiece” on Saturday as part of the snow-sculpting contest.

The town of Milan has kicked off a year-long celebration of its founding.

On Saturday and Sunday, Milan marked its 250th year with a snow-sculpting contest that saw 11 teams of competitors take on cylindrically-shaped slabs of snow that they transformed into ephemeral works of art.

Dave Woodward, who chairs the Milan NH 250 Celebration 2021 committee, said on Saturday the contest is the first of several 250th anniversary events.

A former Milan selectman, Woodward said the Board of Selectmen approved the contest after being assured that it would be held with COVID-19 safety foremost in mind.

He conceded that the idea was easier to conceive than to execute.

“We had no idea how to do this,” he said, before organizers realized they could reach out to the operators of the Black Mountain Ski Area in Jackson, which for more than 20 years has hosted the New Hampshire Sanctioned & Jackson Invitational Snow Sculpting Competition.

The competition, not being held in 2021, has refined the process of holding snow-sculpture contests, beginning with the creation of the cylinder of snow that will be carved.

The cylinder is loaded with snow that is then tamped down by people who climb into the cylinder, said Woodward.

Woodward said he was “very surprised” and delighted that two teams of “professional” snow carvers were taking part in the Milan contest.

Among them were Sandy Hall, Erin McNall and Kathleen Fraize, who together carved a sculpture titled, “The Unknown Legend,” inspired by a Neil Young song.

In 2020, Hall and Fraize, along with Bob Orfant, won a competition at Black Mountain that qualified them to travel to the 2021 United States National Snow Sculpting Championship in Lake Geneva, Wis. Unfortunately because of the pandemic that trip didn’t happen.

In addition to experienced carvers, Woodward said the locals, too, “we’re doing a fantastic job,” among them the Cho family and its Disney-inspired Minions sculpture and Stacia Roberge, who was carving a gnome fishing.

A stay-at-home mom, former teacher and entrepreneur, Roberge said she had never competed in a snow-sculpting contest.

As a family, however, “We always participate in local events,” she said, and the Milan contest was both a both fun and safe activity.

Although his committee’s charge for overseeing the snow-carving contest ended Sunday, Woodward was hopeful based on the turnout that the town or another entity might make snow-carving an annual event in Milan.

For more on upcoming events to celebrate the 250th anniversary of Milan, go to the Milan NH 250 Celebration 2021 page on Facebook