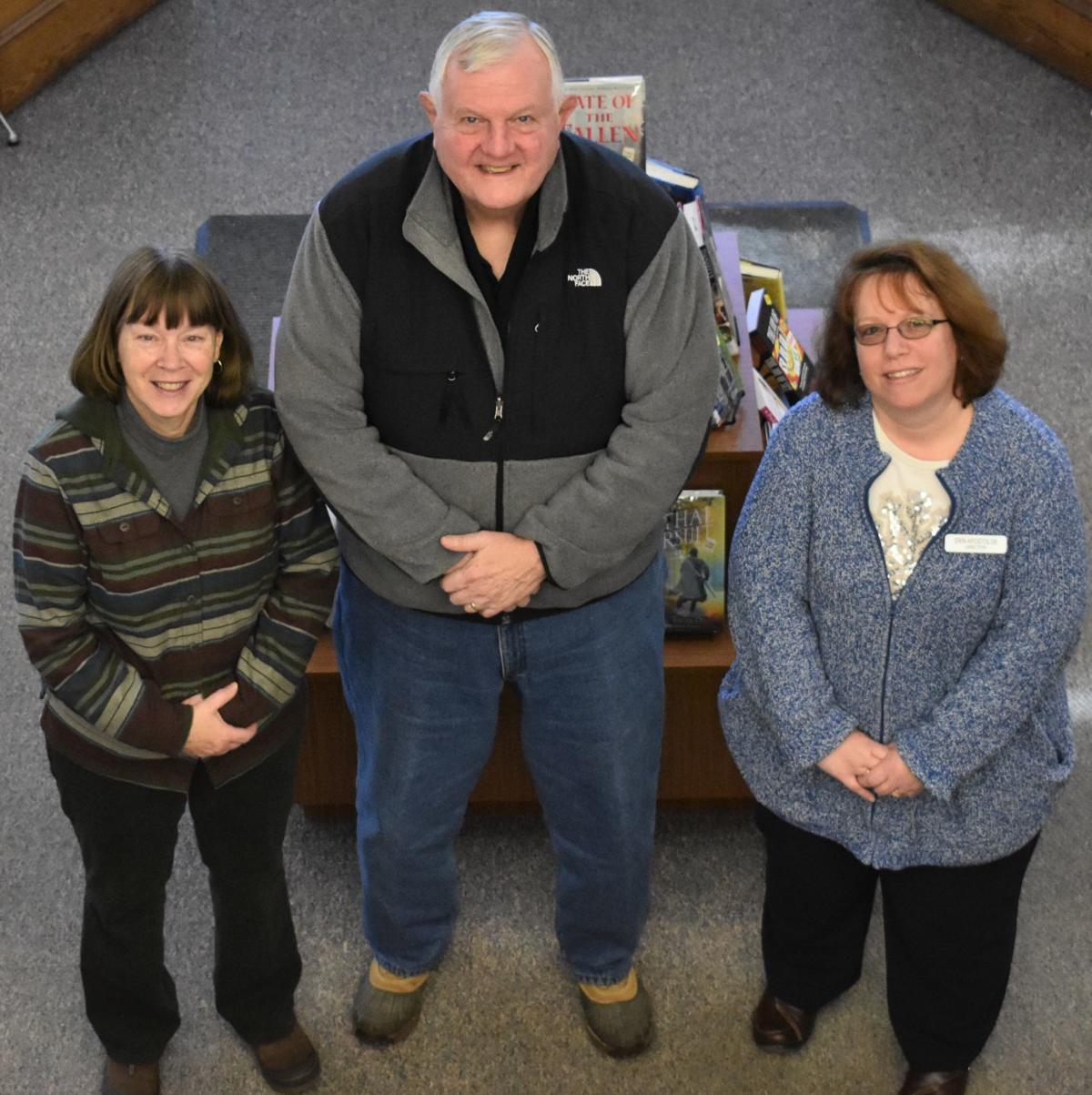 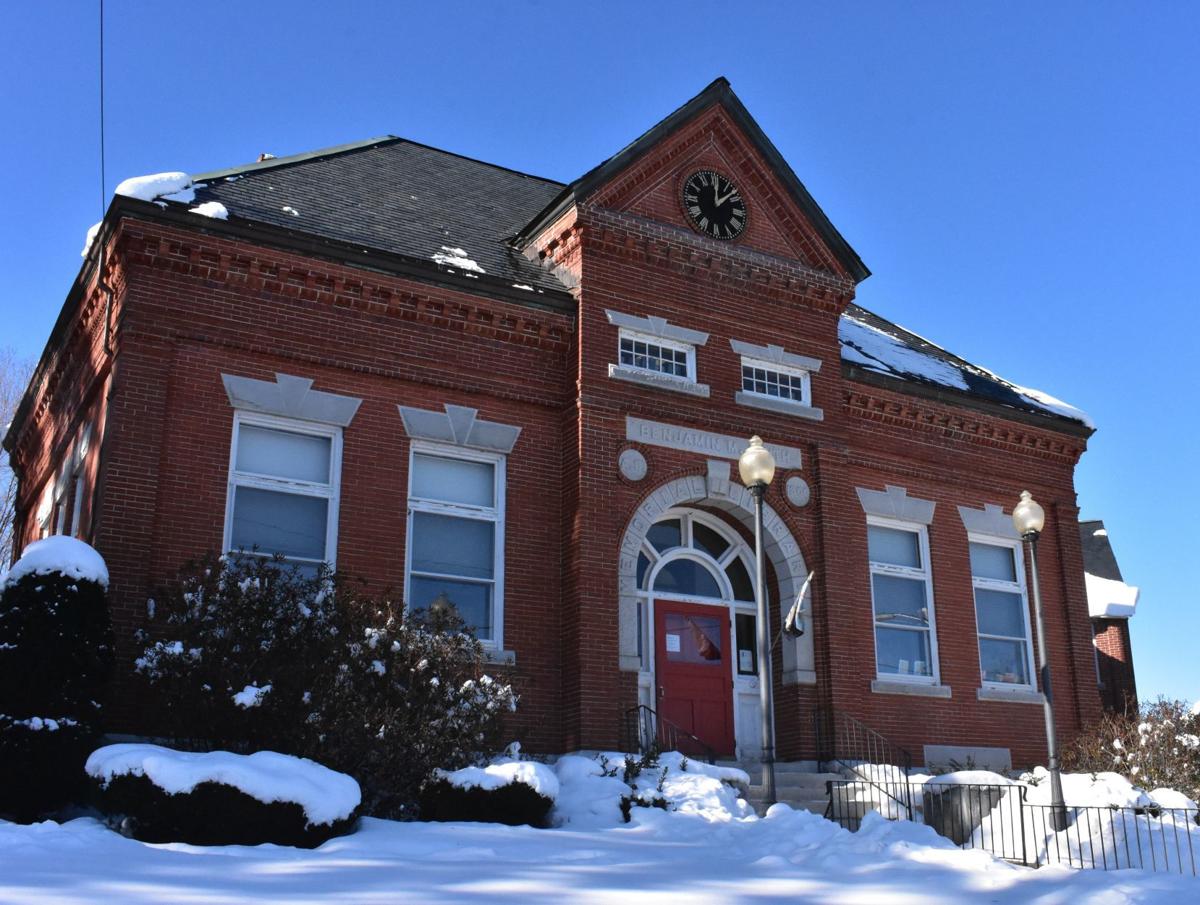 The Meredith Library Fund has raised $650,000 to help offset the cost of an approximately $4 million bond to fund the restoration and expansion of the historic Benjamin M. Smith Memorial Library. Residents will be asked to vote on the bond issue at town meeting on March 11.

MEREDITH — When residents head to town meeting on March 11, they’ll be asked to approve a multi-million dollar bond issue to renovate and expand the community’s public library.

Library Trustee Betty Strader said how the library is used is changing. In addition to books in a variety of formats, it is offering hands-on courses on many topics and has also become a social center.

“The library has evolved into a gathering place and people want the opportunity to come in and learn things in a group setting,” she said.

The nearly 8,000-square-foot library was cited for safety code violations in 2011, inducing consideration of improvement plans at a cost of about $4 million.

In the fall of 2018, Meredith Selectmen and the Library Trustees announced that the library would remain at its current Main Street location and that both restoration and enlargement were needed to meet the needs of residents, seventy-five percent of which use its services.

“We got a great design that works within the constraints of the limited lot size to meet our vision of being handicapped-accessible, energy-efficient and having the space to provide more programming,” said Strader.

Jim McFarlin, president of the Meredith Library Fund, said last February the volunteer group set an ambitious goal of raising $1,125,000 in tax-deductible donations and grants to reduce taxpayers’ cost for the project. To date, they have raised $650,000 given by 300 donors ranging in size from $20 to $100,000.

“People feel very strong about this library and it has been a huge benefit that it is a beloved institution,” he said. He eyes the investment as paying it forward so that the next generation can have a facility that can offer expanded resources for everyone in the community.

A two-thirds majority vote is needed for the bond issue to pass at town meeting, which will be held at the Inter-Lakes High School gym at 7 p.m.

Librarian Erin Apostolos said the proposed 8,000 square-foot addition will double the size of the existing building while “maintaining the historic integrity of the library and meeting the needs of the 21st century.”

The project will retain the legacy brick portion of the library built at the turn of the 19th century and the addition constructed in 1988, but simplify the building’s layout, reducing the existing seven levels to just three, served by an elevator instead of endless stairs.

The proposal includes a first-floor children’s area with a tree theme painted on a glass-fronted room featuring an overhead canopy of leaves, that will be outfitted with its own dedicated bathroom. A new teen room will feature its own computers and furniture on rollers, allowing it to be positioned in groupings favored by youngsters. The twin sitting rooms in the original building that flank the entryway will have their fireplaces restored and fitted with gas-fired inserts.

The interior design of the entryway, with its curved oak Gothic-style arches will be mirrored along with some of the Greek columns and raised paneling retaining the historic integrity of the iconic building while making space for a genealogy room.

A series of ramps plus the three-stop elevator will make the library completely handicapped-accessible. Lavallee Brensinger Architects of Manchester added book shelves and display space along the ramps that are also ideal for carrying book-laden carts.

A warrant article approved at town meeting last year appropriated $400,000 to pay for the design work.

While the historic front entrance from Main Street will remain, a new entrance accessible off High Street will be at ground level and provide 28 new parking spaces made possible after residents voted in 2017 to approve the purchase of the abutting Price property. The granite steps leading to the original front door will be leveled and repointed and the railing raised to make it more user friendly.

Other features in the proposed new section of the library will be glass-fronted quiet rooms that will allow people to meet privately to get assistance with using technology or help with preparing their taxes, for example. A maker space to encourage peer to peer collaboration could be equipped with sewing machines, sewing sergers, 3D printers, or demographics that allow old home movies to be transferred to a format that can be viewed on a computer or used to transform slides into photographs.

Aspostolos said grants have been identified to help equip the new space but stressed that she wants the community to decide what is purchased for the maker space. A media room can be outfitted with a large screen television and other technology that would support podcasts and give a vacationing visitor for instance, the ability to participate in a FaceTime meeting for work.

The proposed expansion will also include a public meeting room for 125 people equipped with a kitchen, ideal for hosting meetings, events or cooking classes and 1,600 square feet of unfinished space that can be completed in the future to allow for expansion of the stacks.

Located at 91 Main St., the library was built in 1900-1901 by Benjamin M. Smith in memory of his parents John and Mary Smith and is listed on the National Register of Historic Places as one of the earliest libraries in the Lakes Region. It is described as a fine example of the classical style popular for public buildings in the early 20th century and features a clock in the center of the gable facing the street.

More information about the library expansion plans can be found at meredithlibraryfund.org.

The Nashua Transit System is getting three new energy-efficient vehicles, to replace the three oldest vehicles in its fleet.

Nashua Mayor Jim Donchess, in a pitch for his proposed budget of $333 million, warned city officials on Wednesday that the city is facing difficult economic circumstances.

Exeter town officials are considering allowing dogs in Gilman Park, but it’s a sticky situation as the park sits along the Exeter River in an area where water is pumped from the river to provide drinking water for the town.

After the New Hampshire Association of Assessing Officials reprimanded a city assessor for an ethical violation, another complaint has been filed against him.