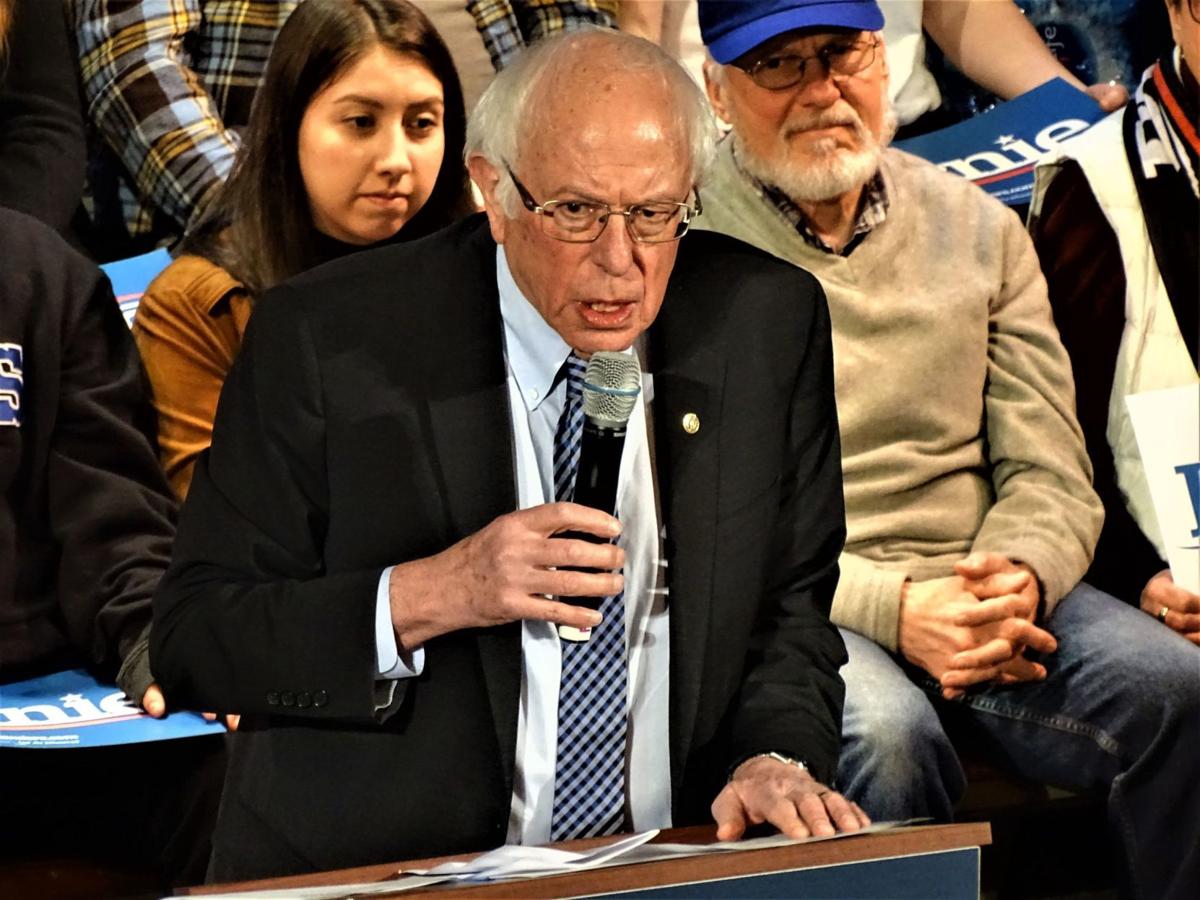 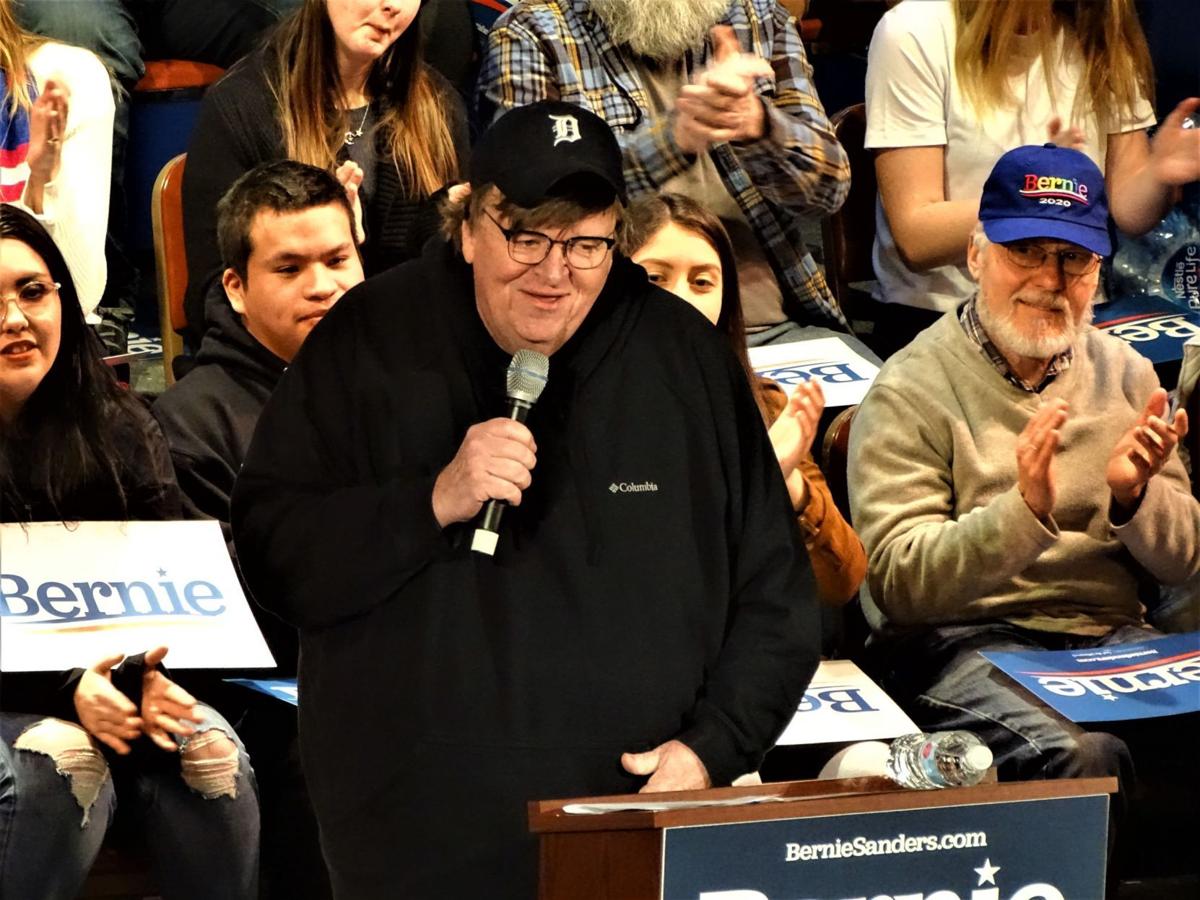 Young people at the restaurant went wild, she said.

“I thought Justin Bieber or someone was there,” Messmer said.

Messmer said that with the temperature hitting 65 degrees in Antarctica last week and the Pentagon agreeing that climate change is the biggest threat to the nation, young people know it is time for a president who can stand up for them when it comes to the earth they will inherit.

“That’s why those kids went crazy for him last night. We have to listen to the youth and fight for them,” Messmer said.

Filmmaker Michael Moore, who has been hitting the campaign trail with Sanders, said he is not surprised the 78-year-old does so well in  polls with people between 18 and 45.

“Young voters want Bernie because he is fighting for their future. With all due respect, the senator is not fighting for his future. He is in his future,” Moore said.

Moore said Sanders strikes a chord with young voters on climate change and another issue that is important to them -- college costs and debt.

Moore said when Baby Boomers went to college, it was affordable enough that people could work and pay for classes. Today, graduates are in a “debtor’s prison” until they are middle-aged, he said.

“This is so wrong, and Bernie is so offended by that,” Moore said.

When Sanders spoke, he addressed climate change and college affordability, among other issues.

Sanders said scientists are saying they have underestimated the severity and speed at which climate change is ravaging the world. He promised a more sustainable method of powering the planet.

“We are going to take on the greed of the fossil fuel industry. We are going to tell them that their short-term profits are not more important than the future of this planet,” Sanders said.

Sanders said he will bring together global leaders to fight climate change if he is elected president.

“Maybe, just maybe, that instead of spending $1.8 trillion a year collectively as a planet on weapons of destruction designed to kill each other, maybe we should pool our resources to fight our common enemy,” Sanders said.

Sanders said children who study hard should have access to higher education for free. He said he will cancel all student debt by imposing a modest tax on Wall Street speculation.

Sanders said the U.S. Congress “bailed out the crooks on Wall Street” 11 years ago.

“Well, today, we’re going to bail out young people in this country and ask Wall Street to pay for it,” Sanders said.

An estimated 1,100 people turned out to see Sanders on Saturday afternoon. Some people who waited outside in the cold were turned away from the Rochester Opera House, which has a capacity of 900.

Sanders apologized to those people.

Sanders also had appearances in Manchester, Dover and Concord on Saturday.

On Sunday, Sanders will hold town halls at Hanover Inn Dartmouth and Stevens High School in Claremont. A rally is planned for 6:30 p.m. at Keene State College.

WASHINGTON -- There was no distribution plan for the coronavirus vaccine set up by the Trump administration as the virus raged in its last months in office, new President Joe Biden's chief of staff, Ron Klain, said on Sunday.

WASHINGTON — A Republican congressman played a role in ex-President Donald Trump’s efforts to oust the top Justice Department official and replace him with a loyalist willing to support efforts to overturn his election defeat, the New York Times reported on Sunday.

WASHINGTON — The coming second impeachment trial of former President Donald Trump on a charge of inciting the deadly storming of the Capitol has aggravated a rift among his fellow Republicans that was on full display Sunday.

TAIPEI — A U.S. aircraft carrier group led by the USS Theodore Roosevelt has entered the South China Sea to promote “freedom of the seas,” the U.S. military said on Sunday, at a time when tensions between China and Taiwan have raised concern in Washington.