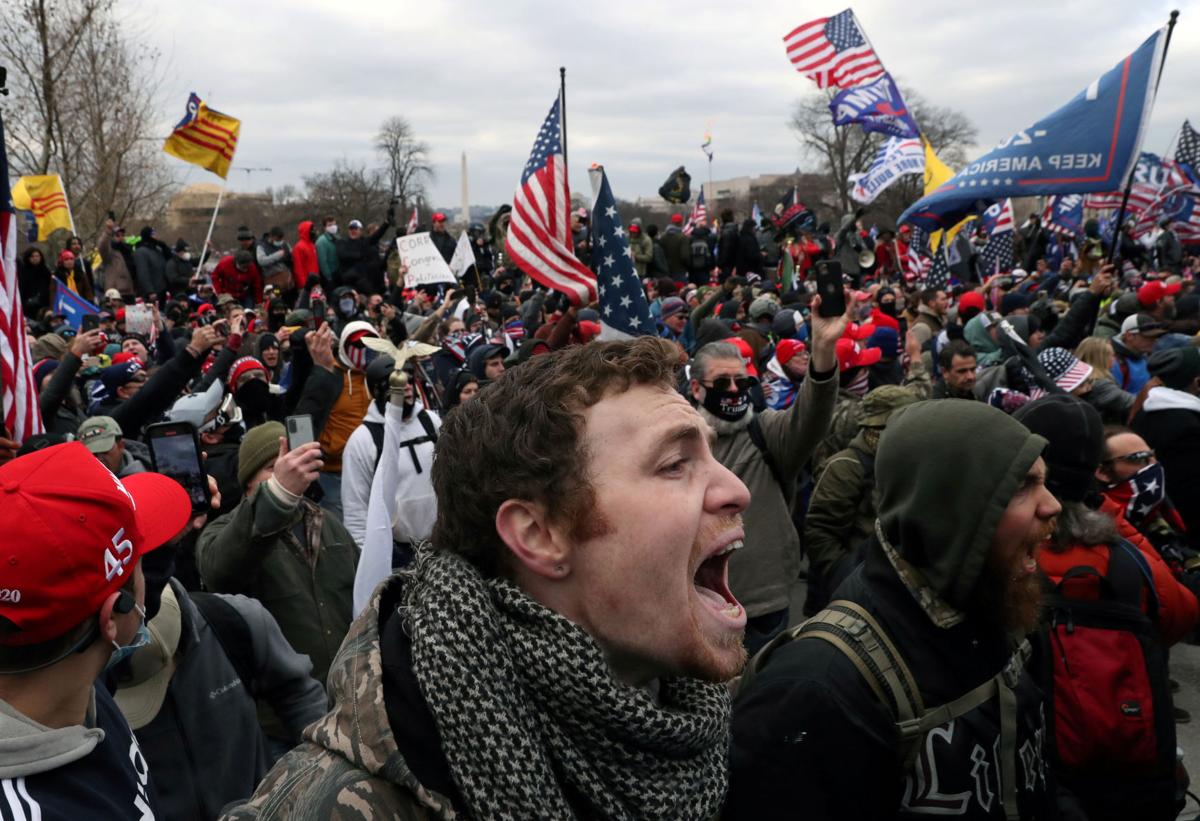 A mob of supporters of U.S. President Donald Trump storm the U.S. Capitol Building in Washington on Jan. 6. 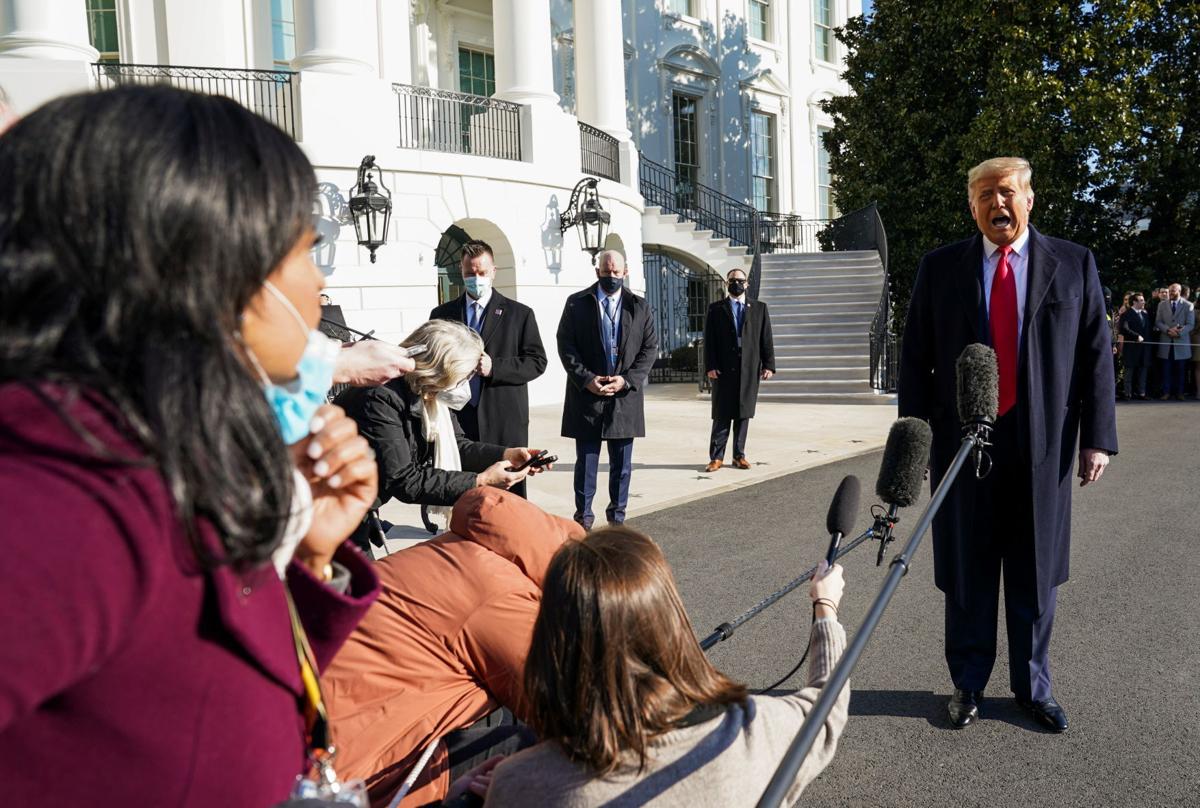 President Donald Trump speaks to reporters Tuesday as he departs the White House to visit the U.S.-Mexico border wall in Texas.

A mob of supporters of U.S. President Donald Trump storm the U.S. Capitol Building in Washington on Jan. 6.

President Donald Trump speaks to reporters Tuesday as he departs the White House to visit the U.S.-Mexico border wall in Texas.

JOINT BASE ANDREWS, Md./WASHINGTON -- President Donald Trump, facing impeachment on a charge of "incitement of insurrection" on Tuesday declined to take responsibility for his supporters' violent invasion of the U.S. Capitol last week and said his remarks before the siege were appropriate.

The Republican president told reporters his speech before Wednesday's assault -- in which he urged supporters to march on the Capitol and fight -- had been analyzed by unnamed others, who he said believed it was "totally appropriate."

"If you read my speech ... what I said was totally appropriate," he told reporters at Joint Base Andrews when asked about any personal responsibility he had regarding the Jan. 6 attack when his supporters stormed the Capitol with members of Congress and his own Vice President Mike Pence inside.

"They've analyzed my speech and my words and my final paragraph, my final sentence and everybody ... thought it was totally appropriate," he said before heading to Alamo, Texas to visit and sign his signature wall on the border with Mexico.

Democrats in the U.S. House of Representatives plan to impeach Trump on Wednesday unless he steps down or is removed before then, which would make him the only U.S. president ever to be impeached twice.

Trump's remarks on Tuesday were his first in public since Wednesday, although he released a video on Thursday in which he condemned the violence but did not concede the election.

Trump did not answer a shouted question before leaving the White House about whether he was responsible for the violence at the Capitol, which led to the deaths of six people.

House Republican Leader Kevin McCarthy told Republicans on Monday that Trump had acknowledged during a phone call that he bears "some responsibility" for the siege.

However, Axios reported that Trump during the same call had blamed 'Antifa people' for storming the Capitol, even though clear video and documentary evidence shows the rioters were overwhelmingly his supporters.

WASHINGTON, Jan 26 (Reuters) - The White House said U.S. President Joe Biden will provide governors of U.S. states with an update on Tuesday on efforts to bolster the supply of vaccines for the coronavirus as demand far exceeds supply.

Janet Yellen to say U.S. does not seek weaker dollar

Janet Yellen to say U.S. does not seek weaker dollar