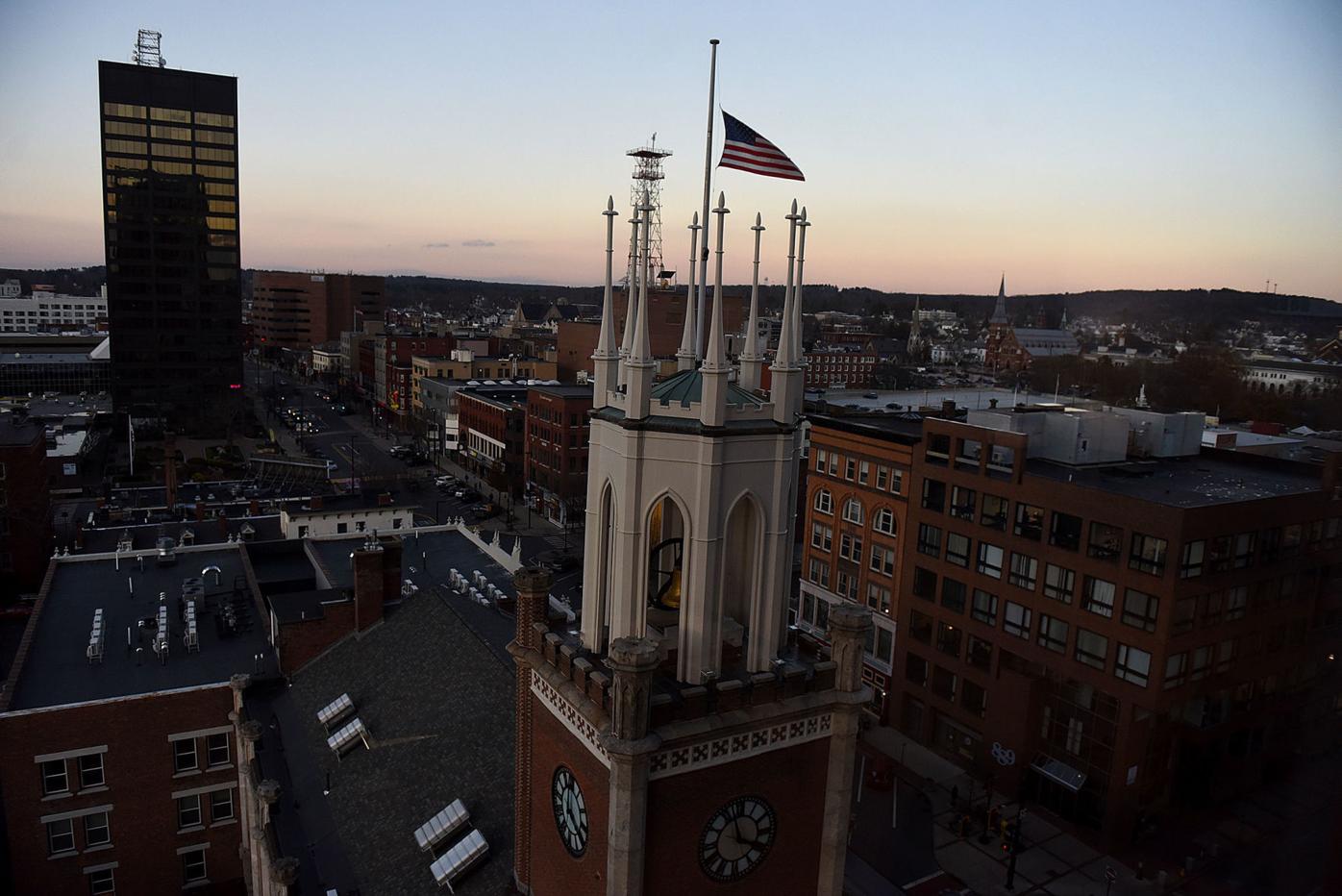 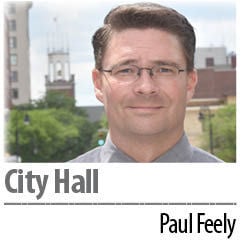 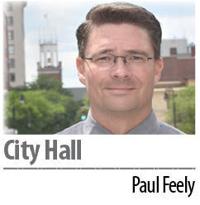 CITY ALDERMEN WON’T resume meeting at City Hall any time soon, after board members balked last week at voting on a proposal to return to in-person sessions drafted by City Clerk Matt Normand.

The proposal allows for board members to return to meeting in-person at City Hall and sitting in their regular spots — about three feet apart. Masks would be required of anyone in the aldermanic gallery, and any board members uncomfortable with returning to City Hall could continue to participate remotely.

Normand’s proposal recommended the remainder of the chamber seating be socially distanced at 6 feet for both the audience and mezzanine areas.

Department heads who have agenda items or have anticipated dialogue with the board or committees would occupy eight seats in the mezzanine. Overflow for department head seating could be accommodated in the second- and third-floor conference rooms with access to Channel 22 to follow the meetings live.

Department heads uncomfortable with returning to in-person meetings could continue to participate virtually.

The lower, public level of the chambers would be able to accommodate just 14 people from the public wishing to attend in person. They would have to wear masks.

The proposal accommodates 14 aldermen, the mayor and four staff in the gallery seating; 14 public seats in the lower chamber seating; and 18 department head seats in mezzanine and conference rooms, for a total of 51 people.

Before the discussion, Mayor Joyce Craig asked her counterparts around the state if local boards and city councils in their communities were meeting in person.

According to information provided by the mayor’s office, officials in Berlin, Franklin, Somersworth, Portsmouth and Rochester said they plan to return to in-person meetings either this month or next. Dover is using a hybrid model. Keene meets remotely, though committee meetings are held in-person.

Few board members expressed support for the proposal last week, with some citing the news that Ward 9’s Barbara Shaw would miss the meeting after being hospitalized with COVID-19 as proof it is “too soon” to return to in-person sessions.

At-large member Joe Kelly Levasseur said he would prefer not to return to in-person meetings until the mask requirement at City Hall is lifted.

“I don’t want to go back to City Hall and wear a mask,” he said. “At least here (meeting remotely), we can talk to each other.”

Craig said she appreciated the work put into drafting the proposal. She said it is important that the city come up with a process for returning to in-person meetings that everyone is comfortable with and ensures the health and safety of those who attend.

“As we enter into this budget season I think it’s going to be very difficult to do everything that we need to do remotely, which is why I was hoping that we could meet in person again,” Craig said. “For ourselves and being our most productive, but also to encourage the public to participate. But if the board isn’t there yet. I guess we’ll continue with remote.”

No vote was taken on Normand’s proposal.

Fireworks but no yelling

In another sign of things returning to the “old” normal, aldermen last week approved moving additional funds from a completed project into a fireworks account — meaning that barring any unforeseen COVID-related complications, the city will offer Independence Day fireworks again this year on July 3.

It was quiet on Independence Day 2020 around the state as most displays were canceled because of outdoor crowd restrictions.

Aldermen approved moving a balance of $10,100 — funds allocated but not needed for the Visitors Center/Police Substation at Veterans Park — and approximately $14,100 in savings from the public works budget, after Intown Manchester announced it won’t be holding its Summer Concert Series downtown and won’t need funds for a tent structure and stage.

Craig was among 200-plus people who testified during a Senate public hearing on the proposed two-year state budget, House Bill 1 and House Bill 2.

In her testimony, Craig asked the Senate to consider the impact state budgets have had on municipal governments and local property taxpayers over the past decade.

“Budget decisions at the state level have resulted in significant losses of revenue to municipalities, contributing to property tax increases and delays in needed infrastructure improvements,” she testified.

“As a mayor, I understand the difficulties associated with balancing a budget. There are always competing priorities, finite resources and a need to reinvest for growth. But for the last decade, the state has failed to prioritize funding to municipalities, resulting in a heavy financial burden on our local taxpayers that puts a particular strain on retired Granite Staters on a fixed income, young people purchasing their first homes and limits municipalities’ ability to invest in infrastructure.”

Craig said the reduction in meals and rooms tax distribution is one of the biggest factors contributing to significant losses in revenue.

Manchester alone has lost out on over $41 million in revenue over the last decade from “a failure of the state to live up to its commitments,” the mayor said.

Craig said while the state reneges on its commitments to municipalities and local taxpayers, cities and towns will continue to provide things like trash collection, street paving and emergency services.

“In return, I ask that the Senate Finance Committee prioritize these services that our municipalities provide and put an end to this unsustainable downshifting,” she said.

The Senate Finance Committee has until the end of the month to amend the budget sent over by the House, and the full Senate must vote on the budget by June 3.

Aldermen confirmed Ben Dion to replace Art Beaudry on the Board of School Committee. Beaudry resigned effective May 3, after announcing he planned to move out of the city.

Shaw is currently the only female alderman, but two women hope to change that this fall.

June Trisciani and former Ward 6 alderman Elizabeth Moreau both have announced candidacies for alderman-at-large seats in this fall’s municipal elections.

Trisciani is vice chair of the planning board and spent several years teaching at the high school and post-secondary levels before working for various software companies in sales, engineering and operational positions. In 2008, Trisciani opened an Interior Design firm, j. ellen Design, LLC.

Moreau served as Ward 6 alderman for three years before resigning last fall after moving to Ward 1. She is an Army veteran, a former immigration officer, real estate agent and current Hillsborough Register of Probate.