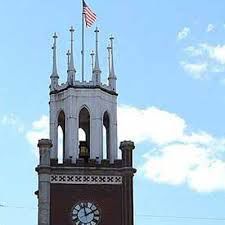 Chronic absenteeism among Manchester teachers has surpassed 50% at many schools over the past three years and is rising, according to a report released while teacher contract talks remain stalled.

At Manchester High School West, 62.5% of teachers were absent 10 or more times in the 2018-19 school year, according to the report compiled by the district. At Parkside Middle School, 57.7% of teachers called in 10 or more days. At Green Acres Elementary School, the rate was 54.8%. 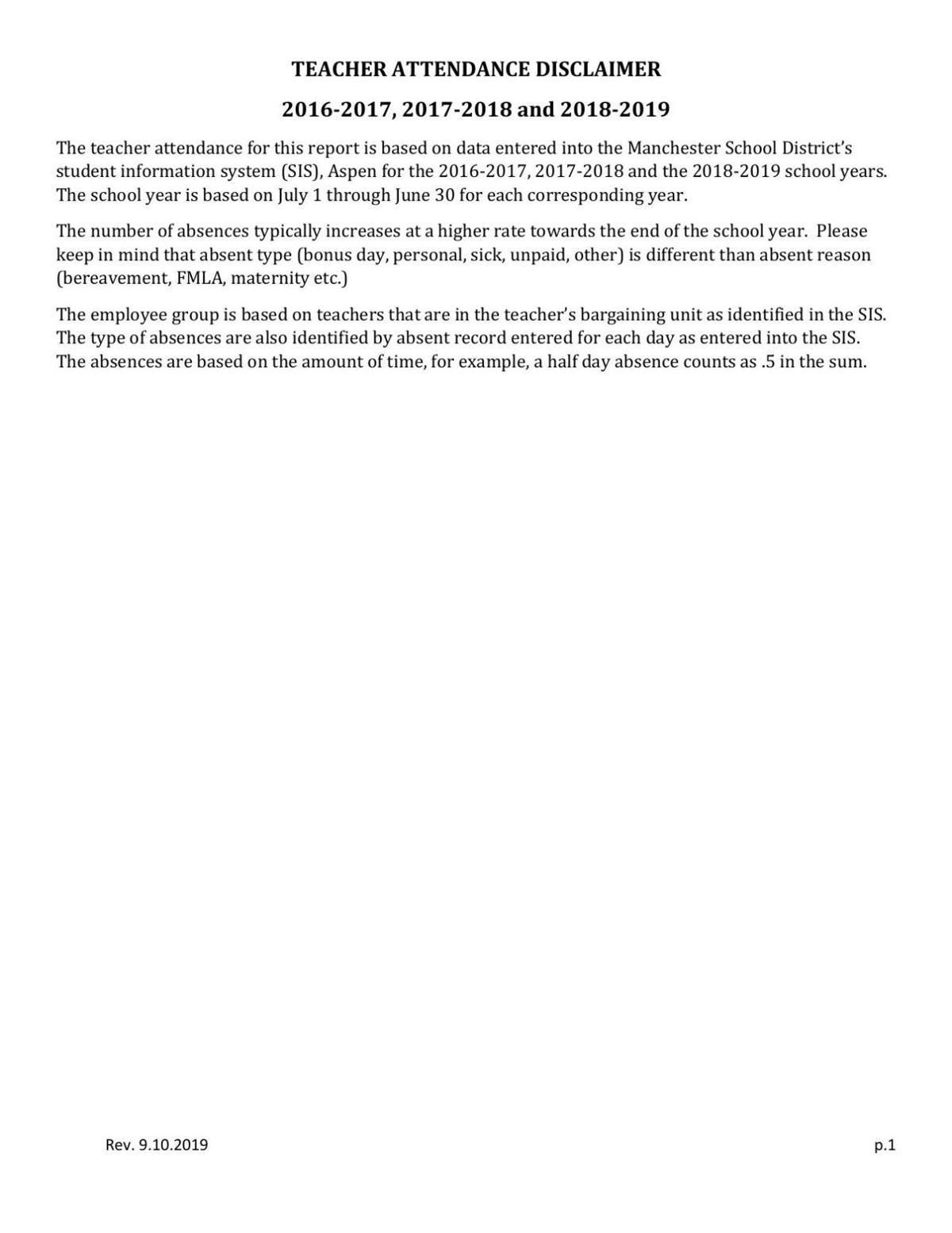 The district’s three high schools collectively had the highest level of chronic teacher absenteeism — 54.9%. The district also reported that 288 teachers were out of class for long periods — 15 days or more — which amounts to 24% of all absences.

Superintendent of Schools John Goldhardt said chronic absenteeism hurts the district in a number of ways — most notably in the classroom.

“It has the most negative impact on the students of the district because they do not have a highly qualified teacher, and due to our substitute shortage, many of our elementary classes have to be combined with other classes,” Goldhardt said.

“The final negative impact is the professional image of education to the public,” Goldhardt said. “We must keep the public’s trust at all times. Abuse of sick leave loses the trust of those we serve, and the citizens in our community who fund our schools.”

Goldhardt said the Manchester Education Association, which is the teachers union, is aware of the excessive number of absences.

“We have had several discussions about this topic, and we will continue to collaborate together,” he said. “I feel like I have developed a working relationship with the MEA leadership.

“My expectation is that the MEA becomes the ‘first line of defense’ in working with their members to reduce absenteeism.”

Sue Hannan, MEA president, said the numbers need to be interpreted with caution because they don’t “represent the humanity of the educators in this district.”

“MEA has worked hard over the last 45 years to secure a reasonable number of accepted sick days and personal days,” said Hannan. “Our unit has very responsible people who take the use of their days very seriously. Are there a small few who take some advantage? The law of large numbers would say yes, and MEA does realize that there are some who may. But it is not the majority.”

The current teacher contract with the MEA’s 1,100 members — which expired in June 2018 but remains in effect until a new one is negotiated — provides 15 sick days every year, five that can be used to care for a family member.

Teachers also get two personal days, five days for a death in the family, two days to settle a family estate, up to 10 days for military reserve duty, a day for religious purposes, days off for union activity (the union must pay the cost of the substitute) and incentives (one day) for not using sick or personal time the previous year.

Hannan said it’s “not as easy” as dividing the number of days taken by the number of educators to “jump to a conclusion that everyone is taking all of their sick days.” She said she didn’t take any sick days last year and took only one personal day, which was “justified and necessary.”

“In our learning environments, we also entertain a host of germs and other issues that may keep us out of school,” Hannan said. “I would challenge that our schools are nowhere as clean on a daily basis as any of us would like — the days of the district having their own custodians on staff and dedicated to their buildings are gone with contracted services. We had one educator last year who taught her students while fighting stage 4 cancer, and she was in school until the day she passed away. We have educators with small children who get sick and they cannot be in day care.”

Another 350 teachers missed 12 or more days that school year, though not consecutively.

Hannan pointed out that the report records Professional Development (PD) days, allowed under the contract, as absences.

“Although each school provides PD in some form after school time, it is often not relevant to the certifications educators hold, or is just not enough time to cover the number of hours educators need,” Hannan said.

“Over the past two years the district has provided PD for Project Based Learning. This has involved 50 to 70 educators at the same time, and for many days each year. With this opportunity, training hundreds of educators has been a major undertaking, but has resulted in many of our educators out of their classrooms.”

Hannan said some schools have a “very stressful culture,” where teachers become sick from the work environment, including supervisors. She stressed that data presented need to be reviewed with “caution and care.”

“There are informational pieces that are not considered in such an impersonal report,” she said. “The MEA agrees that it is vitally important to have the classroom teacher in front of the students every day. Student achievement is the priority. People get ill, family members become ill and are in need of care, significant in some cases. Overall, our educators find it much easier to come to school sick than to create sub plans that are not utilized because there are so few substitutes available to cover their students. Educators do make every effort to educate, support and attend to their students.”

During contract talks this fall, negotiators for the school district presented a sick time proposal to reduce absences.

Under the proposal, if MEA members collectively used more than 8,000 sick and personal days in the previous school year, the maximum number of sick days granted to each teacher the following school year would be reduced by two.

Manchester operates under a cap on property taxes established by a voter-approved amendment to the city charter. Generally referred to as a tax cap, the charter provision limits the total amount of money raised from property taxes rather than the tax rate itself.

The cap limits the city’s tax revenue to the average increase in the federal consumer price index, or CPI, during the three previous calendar years, plus the value of new construction.

According to Sanders, the city’s net assessed valuation increased by $79.1 million, or 0.87%, from 2018. The budget passed by the Board of Mayor and Aldermen assumed an increase of .83%.

The new tax rate will be reflected in the first tax bill for fiscal year 2020.

MANCHESTER — Three schools on the city’s West Side have some of the highest rates of teacher absenteeism in the city, according to a school-by…

Ahead of this week’s scheduled vote by the school board on a proposed strategic plan for city schools, Manchester Proud organizers planned their version of the “Bat Signal” to celebrate the school district.

Although school board members won’t vote on Manchester Proud’s strategic plan for city schools until Feb. 20, the committee’s chairman is already touting the proposal.

Meetings of the Manchester School District Charter Commission may be off the radar for many, but the group’s initial talks on revising or amending the charter of the state’s largest school district have produced some of the more interesting conversations at City Hall in recent memory.

The wait is almost over.

Editor’s note: The following column was originally published in the New Hampshire Union Leader on Feb. 23, 2002.

Bloomberg says 3 women can be released from non-disclosure pacts

WASHINGTON — Democratic U.S. presidential candidate Michael Bloomberg said on Friday that his company has identified three women bound by non-disclosure agreements regarding his past conduct and that they would be released from their accords if they choose.

SALEM — Sen. Maggie Hassan met with residents at a cafe Friday afternoon to discuss the high costs of prescription medication.