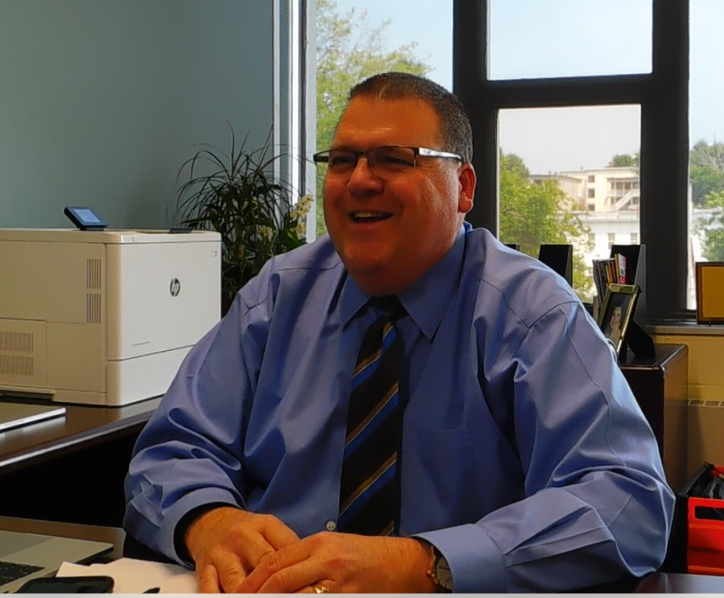 THE Manchester School District is restricting student access to Wi-Fi on a one-month trial basis to address complaints, concerns and frustration, including students accessing pornography.

According to school officials, a major reason for the trial is a lack of wireless internet capacity at the schools. When students connect to the network with their cellphones, it slows down and hinders official school use, administrators say.

“That was part of it,” Superintendent of Schools John Goldhardt said. “The other reason was because we probably had a stack twice this thick of printouts that students were using their Wi-Fi for pornography access. That was a bigger problem.”

Femi Fatukasi, Nathan Duval and Kenray Emadamerho, students at Manchester Memorial High School, went before the school board recently to speak out against the restricted Wi-Fi access pilot program, saying the policy hasn’t only affected students but teachers as well.

“On behalf of myself and other students I’m sticking up for, we are requesting that it be turned back on because not only is it affecting our education, students can be going to quizzes late, preparing for quizzes and tests,” Fatukasi said. “There are students that have no data plan or little data plan. We don’t want to increase the bill that is currently going on.”

“Personally, myself, I depend on the Wi-Fi to do my research for my homework, use studying aids to prepare for tests,” Fatukasi said. “Sure, you can look at the students who are using the school Wi-Fi to do miscellaneous things, like scroll social media, but it’s really not fair to the students who are using it for the proper academic and structural needs that they need the school Wi-Fi for.”

“More and more teachers every year are using Google Classroom for their syllabus and syllabi,” O’Connell said. “I have a few teachers who post all their homework on there, you get all your assignments, when your tests are. So not being able to access that during school is critical. Second, Google Docs — if you need to write a paper, because you don’t have Wi-Fi at home, you need it at school to write. You also need Google Docs to print in the library. So, if Wi-Fi can’t be accessed in the library, you can’t print your papers for classes, which then leads to points being taken away for being late.”

O’Connell questioned how the pilot program was developed.

“Consultation with teachers and students would have been helpful in determining the policy,” O’Connell said. “One question I might ask is: What is the point of having a policy if no one is aware of it, and no one abides by it? It is just pointless at that point. Also, policies are more likely to be adhered to if people understand the rationale behind them. Plain and simple.”

“My understanding why we had to do the internet policy is that we had so many kids using our internet that it was reducing the ability of our schools and our staff to use it for official business, that it was hindering their ability. Is that correct?” asked Ward 7 school board member Ross Terrio.

Goldhardt informed board members that students were using their Wi-Fi to access pornography.

“I think this is a topic that we should talk further about and maybe there’s an area that could be designated for Wi-Fi in the library with more monitoring, to ensure that students who need to access it can do so,” Mayor Joyce Craig said.

“The homework issue, I know it’s been a while since I’ve been out of school, but do teachers no longer announce the homework assignment in class?” at-large school board member Rich Girard asked.

“What typically happens is a teacher says, just check Google Classroom for your homework, all the details are in there, because teachers like to elaborate on what you have to do, what questions you have to answer,” O’Connell said. “So, it’s easier than writing it up on the board.”

“But can kids not access that once they leave school?” Girard asked.

“If you don’t have Wi-Fi (at home), you can’t,” O’Connell said. “You’d have to use your own data, which is taking money from families and students.”

Committee member Mary Georges of Ward 3 asked if district officials could determine who was accessing adult material on district Wi-Fi.

“There is a way to address that: What we’d have to do is we have to have our Wi-Fi system set up so that they can sign on for student access instead of guest access where it’s more open,” Goldhardt said. “And that’s the system that needs to be redone. That is something we will be presenting in this next year’s budget, because we have to upgrade our fiber (optics) in order to do that correctly, but that will be one way to address it.”

The Concerned Taxpayers of Manchester (CTM), a local conservative group, has issued a statement congratulating the “Significant Six” on being elected to the Board of Mayor and Aldermen, while also calling for the results of the charter commission election to be invalidated.

CTM Chairman Jim Gaudet said the organization was very pleased that the voters elected a veto-proof number of candidates who pledged not to override the city’s tax cap. All six victors — incumbent aldermen Joe Kelly Levasseur (R-at-large), Keith Hirschmann (R-Ward 12) and Elizabeth Moreau (R-Ward 6), and newcomers Jim Roy (D-Ward 4), Ross Terrio (R-Ward 7) and Mike Porter (R-Ward 8) — were endorsed by CTM based on their responses to the organization’s questionnaire and past records, if available, Gaudet said.

“While CTM endorsee Victoria Sullivan was not successful in her uphill fight for mayor against an entrenched, heavily-funded Democratic machine, she performed admirably in putting taxpayer concerns and issues in the forefront of this race,” Gaudet said in a statement. “The CTM was proud of its endorsement of her candidacy and believes Sullivan will be a force to be reckoned with in future races.”

Gaudet said if the new school Charter Commission survives the “further legal proceedings” referenced in the New Hampshire Supreme Court order blocking the Superior Court’s injunction of the election, CTM urges any fiscally responsible members to demand the inclusion of the existing tax cap and “meaningful conflict of interest provisions that meted out consequences for violators.”

“CTM agreed with the Superior Court’s ruling and that the election should be invalidated because the city failed to follow the statute creating the commission,” he said.

Bennet, Sanders pick up key supporters, Biden-Buttigieg back in NH

MANCHESTER — While camped out on Capitol Hill during the Trump impeachment trial this week, Sen. Michael Bennet, D-Colo, landed the support of two veteran Democratic activists for his 2020 presidential campaign.

NASHUA — School officials are supporting the permanent implementation of Eureka Math for the city’s middle schools.

BRENTWOOD — The sentencing of a former custodian convicted of inappropriately touching an 86-year-old dementia patient at a residential care facility in Rye has been delayed because of an investigation into a “potential issue with the jury,” according to court documents.

KEENE — Keene High School students may have to get up early after all as the Monadnock Regional School District is again asking Judge David Ruoff to issue an injunction against Keene over its new schedule.

DOVER — A city man was handcuffed and taken into custody Thursday after a jury found him guilty of sexually assaulting a woman more than four years ago.