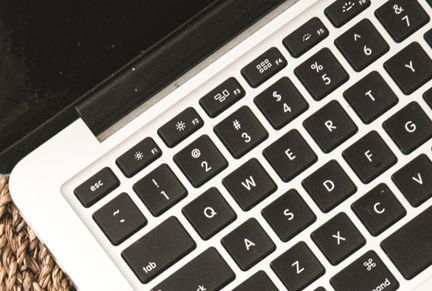 The touchy-feely New Hampshire primary campaign seems like a lifetime ago. Remember those handshakes, hugs and pinky promises at campaign events for the Democratic presidential candidates, the bodies packed into the SNHU arena at President Donald Trump‘s rallies?

Now, a town hall seems ill-advised. Packing 40 strangers into your house to talk about a political candidate is just unsanitary. A selfie line? Pass the Purell.

The coronavirus crisis has not yet suspended any campaigns, but campaigning sure looks different than it did last week.

Corky Messner, a Republican candidate for Senate, is holding his first virtual town hall Thursday. Messner cancelled a series of town halls set to start later this month. His campaign said he would focus on online events to talk to voters.

State Senate majority leader and gubernatorial candidate Dan Feltes has replaced his planned house parties with virtual town halls. The host is still responsible for getting people to attend, the campaign said, but they need only click a link to be part of the video conference. Feltes’ campaign will also be doing more livestreams on Facebook to give people the semblance of closeness with the campaign.

“It is going to be an adjustment moving online,” said Feltes spokesman Emma Sands, “but we are optimistic that our virtual events and Facebook live streams will give us the ability to connect with people safely.”

Candidates are also making a point to show their support for local businesses. Messner and House candidates Matt Mayberry and Matt Mowers all announced they had purchased St. Patrick’s Day boiled dinners from Murphy’s Taproom in Manchester. Photos of their corned beef and cabbage were accompanied with messages of support for small businesses.

The embrace of social distancing has already changed how activists reach people.

NextGen New Hampshire, the local arm of a group focused on youth voting, closed its Manchester office and suspended door-knocking and campus organizing last week, said spokesman Dan Bristol. Organizers are working social media to keep people engaged while they are socially distant, and while college students are off campus.

“Engaging with people face-to-face is a key piece of the work NextGen New Hampshire does in the communities we organize, but while we wait for the campuses we work with to re-open, we will double down on our digital organizing efforts,” said the group’s state director Brian Rogers in a statement.

Trump’s campaign staff is working from home, but still making phone calls to voters, according to field organizers’ tweets.

Groups like the New Hampshire Young Republicans have felt a shift too.

“It’s a particular disappointment for the Young Republicans as we do love our socials,” said the group’s treasurer, Ross Berry. But, he said, there’s been an uptick in Facebook activity.

He thought the young people’s groups might be better equipped to weather the era of social distance, because they’re used to working through social media. They just have a little more company online now.

If you can’t shake hands, maybe rapping knuckles is the next best thing. Several candidates have criticized their opponents for politicizing the coronavirus crisis.

Last week, Mowers accused Rep. Chris Pappas of “playing political games” for supporting a bill aimed at undoing Trump’s 2017 travel ban. Mowers claimed the bill would limit the president’s authority to shut down travel to contain contagion, though the bill does allow travel restrictions “when required to address a compelling government interest.”

Shut down the slopes

Waterville Valley announced its closure for the rest of the season about an hour after Volinsky’s statement. In its explanation of the closure, the resort said it was closing in response to criticism about staying open.

The resort had worked hard to follow the guidelines issued by the Centers for Disease Control and Prevention, the statement read. Restaurants and most indoor areas had been closed, and staff were trying to keep people the recommended six feet apart.

“Despite these efforts, and despite the extremely limited personal contact inherent in our reduced operations, our continuing operations have been met with outcry by many who choose to misrepresent our efforts and have created an environment that has incited people to act irresponsibly to the point of becoming abusive and threatening to our staff,” the resort’s statement read.

Granite Status asked who had misrepresented the resort’s efforts, and how staff had been abused and threatened, but did not receive a response Wednesday evening.

Former Vice President Joe Biden swept to decisive wins in Florida, Illinois and Arizona on Tuesday, extending his run of victories on a primar…

During Sunday night’s debate, former Vice President Joe Biden vowed to select a woman as his running mate if he becomes the Democratic nominee…

Hints from Heloise:Wash or sanitize?

National Guard to be on standby in Manchester; man accused of encouraging riot

MANCHESTER — New Hampshire National Guard troops were en route to Manchester on Tuesday morning and one store owner on South Willow Street was boarding his glass entrance as the state's largest city prepared for potentially violent protests in the aftermath of the police killing of George Floyd.

The Massachusetts Department of Public Health released new data Tuesday showing continued progress in the state’s battle with the coronavirus.

As protests over the killing of an unarmed black man by Minneapolis police spread across the U.S., Mark Mason, one of Wall Street’s most senior black executives, debated whether to weigh in.

DEAR ABBY: My 13-year-old son and I recently had a discussion that maybe you can help clarify. We are seeing more about trans people these days, and I’m not sure how to address them.

President Trump threatened during a speech on Monday to deploy the U.S. military to states that refuse to take what he described as “necessary” actions to curb the riots that have erupted across the country over the police killing of George Floyd.