Gov. Chris Sununu speaks at a news conference on the coronavirus in Concord last week. 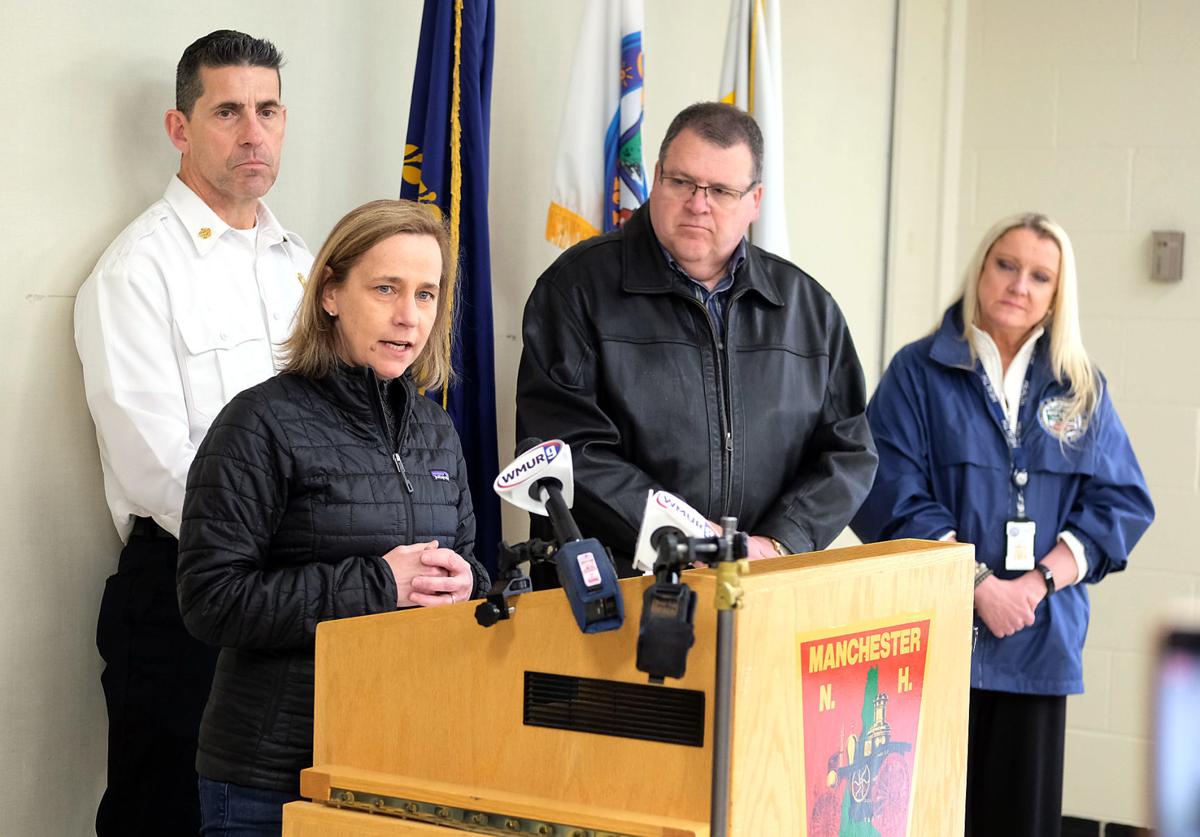 Gov. Chris Sununu speaks at a news conference on the coronavirus in Concord last week.

THE CORONAVIRUS RESPONSE has forced partnerships between rivals — even Gov. Chris Sununu and Mayor Joyce Craig of Manchester are working together.

The last time the two tried to cooperate in a crisis, there were fireworks.

After one August meeting about Manchester’s difficulty dealing with an influx of people with substance abuse and mental health disorders, a Sununu spokesman fired off a news release claiming that Manchester did not have an opioid response plan. Craig and city health officials said they had three plans, and were blindsided by the attack from Sununu’s office.

The next day, Craig convened a news conference at the Manchester Fire Department to criticize Sununu’s Doorway program. She and city health officials said it was funneling people to Manchester for addiction treatment, worsening the city’s problems.

Amid the current crisis, Craig and Sununu have thanked and praised each other.

“We appreciate all the state has done,” Craig said Wednesday.

At a Tuesday news conference, Sununu said the city has been a strong partner as New Hampshire ramps up its COVID-19 response.

Manchester and the state have collaborated on the hospital overflow site set up at the Southern New Hampshire University field house this week, and the testing site last week, which Craig said on Wednesday had tested 722 people so far.

Sununu has said he is open to such an order if it becomes necessary, but said Granite Staters’ voluntary social distancing has been effective so far.

Craig and other city officials started calling for a stay-at-home order last week. On Wednesday, Craig said she is practicing what she preaches. She is mostly working from home, she said, other than occasional stops at the city Emergency Operations Center. She did not participate in the Tuesday news conference at which the state Department of Public Health gathered about 25 people to tour the overflow site at Southern New Hampshire University’s fieldhouse.

“Every opportunity we get, we should be staying home,” Craig said. “I am really trying to limit where I’m going and what I’m doing.”

The necessity of a stay-at-home order has quickly become a central issue to Executive Councilor Andru Volinsky’s campaign for governor. Volinsky has called for Sununu to issue a shelter-in-place order for New Hampshire, saying the mandate would be the best way to save lives.

“With this in mind, I am gravely concerned about our governor’s approach to this crisis,” Volinsky said in a Tuesday statement. “We have already lost precious time. We can’t afford not to take immediate action.”

On Wednesday, 200 Democratic state representatives joined the calls for a stay-home order with a letter to Sununu.

Sen. Jeanne Shaheen said Wednesday evening that New Hampshire could get $1.25 billion if the coronavirus stimulus package gets through Congress, in addition to the one-time payments for individuals.

“I’ve been adamant that we get this legislation right so that it provides real relief to those who need it most, particularly families and small businesses who are struggling,” Shaheen said in a statement Wednesday.

Shaheen worked on a team with Sens. Ben Cardin (D-Md.), Susan Collins (R-Maine), and Marco Rubio (R-Fla.) to put together a piece of the stimulus legislation that will give small businesses and self-employed people across the country access to $350 billion in low-interest loans.

“I think I and most of my colleagues here are working in a bipartisan way and with this administration to find common ground,” Shaheen said Tuesday.

WASHINGTON (Reuters) - Southwest Airlines Co. said Tuesday it will cut more than 40% of flights from May 3 through June 5 amid a sharp decline in travel demand from the coronavirus pandemic.

Dear Abby: Long-absent dad chooses friend over his own family

DEAR ABBY: My father has been mostly absent from my life. We reconnected when I was an adult. I have always had feelings of abandonment, and because of this, I have constantly tried to build a relationship with him and allow him to have one with his grandchildren.

DEAR HELOISE: Please, will you repeat your mother’s recipe for Italian spaghetti sauce? I want to make it for visitors who are due in a month.

LONDON - OPEC oil output rose in March from the lowest in more than a decade last month as Saudi Arabia boosted output following the collapse of an OPEC-led suply pact, offsetting further declines in Libya, Iran and Venezuela.