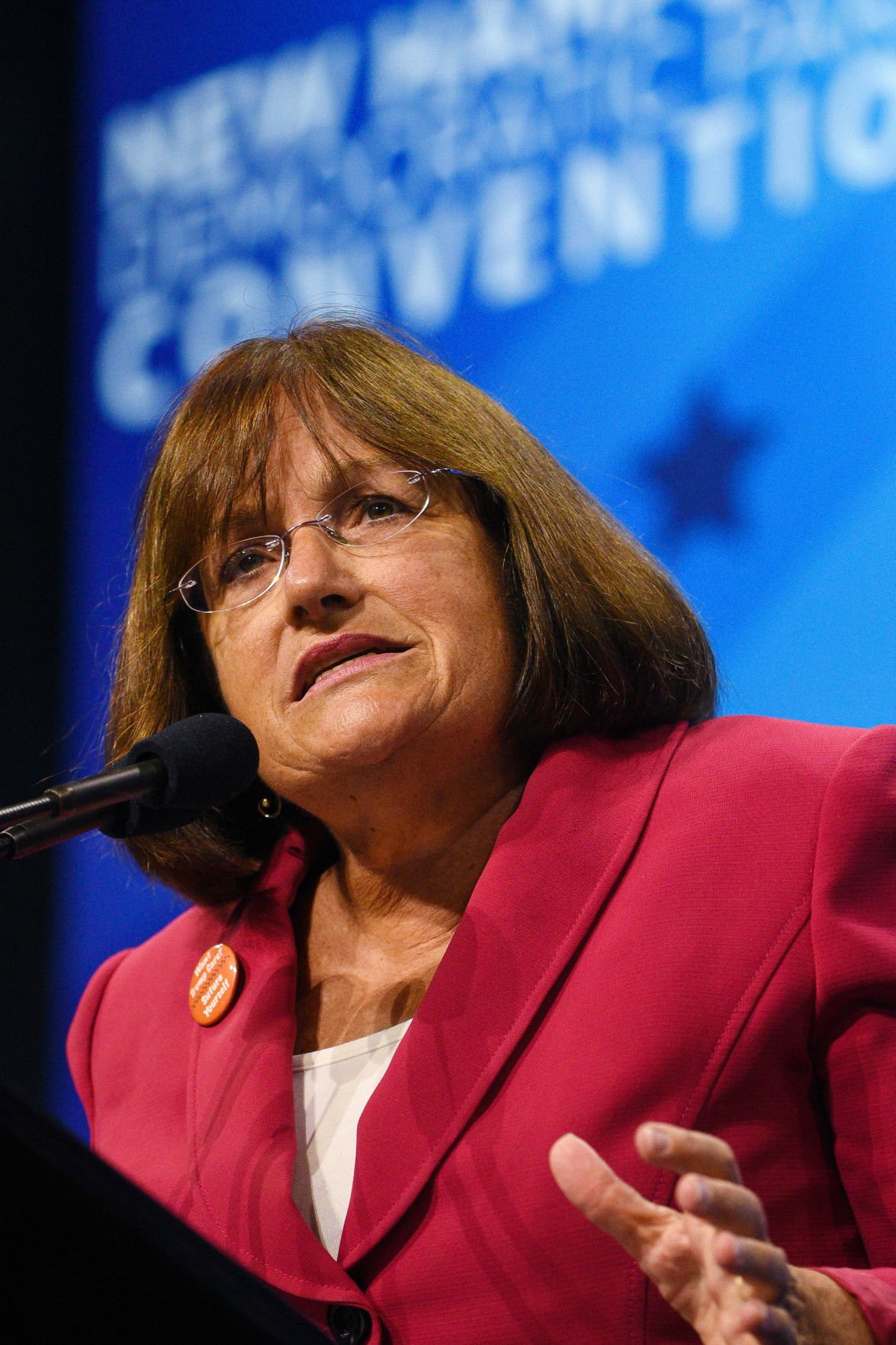 “Articles of impeachment are formal charges against the President — this is not a vote to remove him from office,” Kuster said in a statement.

In a video posted to her Twitter account on Tuesday afternoon, Kuster said she believed Trump had abused the office of the presidency for his personal gain, at the expense of national security and election integrity.

“President Trump continues to solicit foreign interference in our upcoming elections, which is a direct threat to our democracy and the sanctity of every American’s vote,” she said. “I believe the President has violated his oath of office.”

In a quieter statement, Rep. Chris Pappas said only that he would consider the facts of the case without bias.

Over the summer, Pappas said he supported opening an impeachment inquiry, but has not said which way he will vote on the articles of impeachment.

Instead of impeachment, Pappas’ office has been highlighting bipartisan bills Pappas has been working on this week.

The National Republican Congressional Committee has named Pappas’ district one of 55 pick-up opportunities in 2020, in part because Trump won the district in 2016. Kuster may be a little safer, running for her fifth term in a seat that has not been held by a Republican since 2010.

Pappas’ predecessor, fellow Democrat Carol Shea-Porter, also won the district in 2016. Shea-Porter voiced her desire to impeach Trump more than two years ago, less than a year into the Trump presidency.

A pair of polls released this week highlights the gap between New Hampshire primary voters and the rest of the country.

A national poll shows a much different picture, with Buttigieg a distant fourth. The poll of 1,553 registered voters, conducted by Quinnipiac University Biden was the top pick of 29 percent of surveyed voters, followed by Sanders with 17 percent and Warren with 15 percent. Buttigieg is the first choice of 9 percent of voters in the national poll.

Chris Galdieri, associate professor of politics at St. Anselm College, said the difference could be explained in part by how much time candidates are spending in New Hampshire.

“The candidates who aren’t Biden and Sanders are putting in lots of time all over New Hampshire and Iowa,” he said.

Biden and Sanders were both familiar to voters at the beginning of the campaign. It’s not too surprising that they’re still the most popular candidates among voters who have not had as much time getting to know other hopefuls.

Because candidates have been crisscrossing the Granite State all year, New Hampshire voters might be more familiar with people like the mayor of South Bend, who were not marquee names this time last year.

Buttigieg, for example, has spent a lot of time in New Hampshire, and Galdieri said it seems to be paying off for him.

“Voters like talking to candidates in person,” Galdieri said. “It’s a horrible cliché about the New Hampshire primary, but it’s true.”

Delaney is undeterred. Though the former Maryland congressman cancelled a New Hampshire town hall this week, his campaign assures us there’s absolutely nothing to read into that.

Delaney had been set to speak Tuesday at a forum at Manchester Community College. Delaney’s deputy state director Julian Sutcliff said the campaign worried about low turnout during the college’s finals period. The Delaney camp didn’t want to make kids choose between studying and seeing the candidate.

In the meantime, Marianne Williamson, California writer and presidential candidate, will appear at Nashua Community College on Dec. 18 at 12:30 to answer questions at a town hall sponsored by the Community College System of New Hampshire, in collaboration with the Union Leader and Goldman Sachs 10,000 Small Businesses.

Between town halls in Manchester and Nashua on Friday, Sanders and Rep. Ilhan Omar of Minnesota are stopping by the New Hampshire Young Democrats’ “Granite Slate” awards night. Fellow presidential candidate and former Massachusetts Gov. Deval Patrick is speaking too. Massachusetts Rep. Ayanna Pressley will be stumping for Warren, and businessman Tom Steyer‘s campaign is sending a surrogate.

The event rounds off a big year for the Young Democrats group. According to state campaign finance filings, the group raised more than $156,000, and spent more than $120,000 on local campaigns and state representative races this year.

Most of this year’s 602 donors gave less than $100, but it doesn’t hurt to have a few high-dollar donors in the mix: State Sen. Martha Fuller Clark and yogurt magnate Gary Hirshberg each kicked in $10,000.

Lucas Meyer, president of the group, said a year of strong campaigns led to strong fundraising. “That’s a testament to the body of work our volunteers and candidates are able to do,” he said.

WASHINGTON — Rep. Annie Kuster, D-N.H., became the first member of the Granite State congressional delegation to back an inquiry into the impe…

LAS VEGAS -- The top six candidates competing for the Democratic nomination to take on President Donald Trump in November debated Wednesday night, with one quickly becoming the focus: Michael Bloomberg.

Heart of Nashua: How well do you know your city?

HEY, NASHUANS, how well do you know your city?

CONCORD — The state's highest court reversed a lower court decision Wednesday, ruling that a court-appointed guardian did have the authority to remove life support.

Nashua elementary school to be fitted with 1,000 solar arrays

NASHUA -- Four months after school officials rejected a proposal to install about 1,000 solar arrays on the roof of Dr. Crisp Elementary School, the Board of Education this week approved the solar project.

State of the City: Nashua's best is yet to come, mayor says

With ambitious plans to address infrastructure, housing and schools, the mayor says that the best of Nashua is yet to come.

IN 1980, the U.S. Department of Agriculture issued America’s first national dietary guidelines. They recommended you dramatically reduce your intake of fats — all fats.

BEDFORD — The Masiello Group has signed a long-term renewal agreement that will extend its affiliation with the Better Homes and Gardens Real Estate brand into the next decade, the companies announced Wednesday. The Bedford company was one of the original affiliates when it joined the Better…