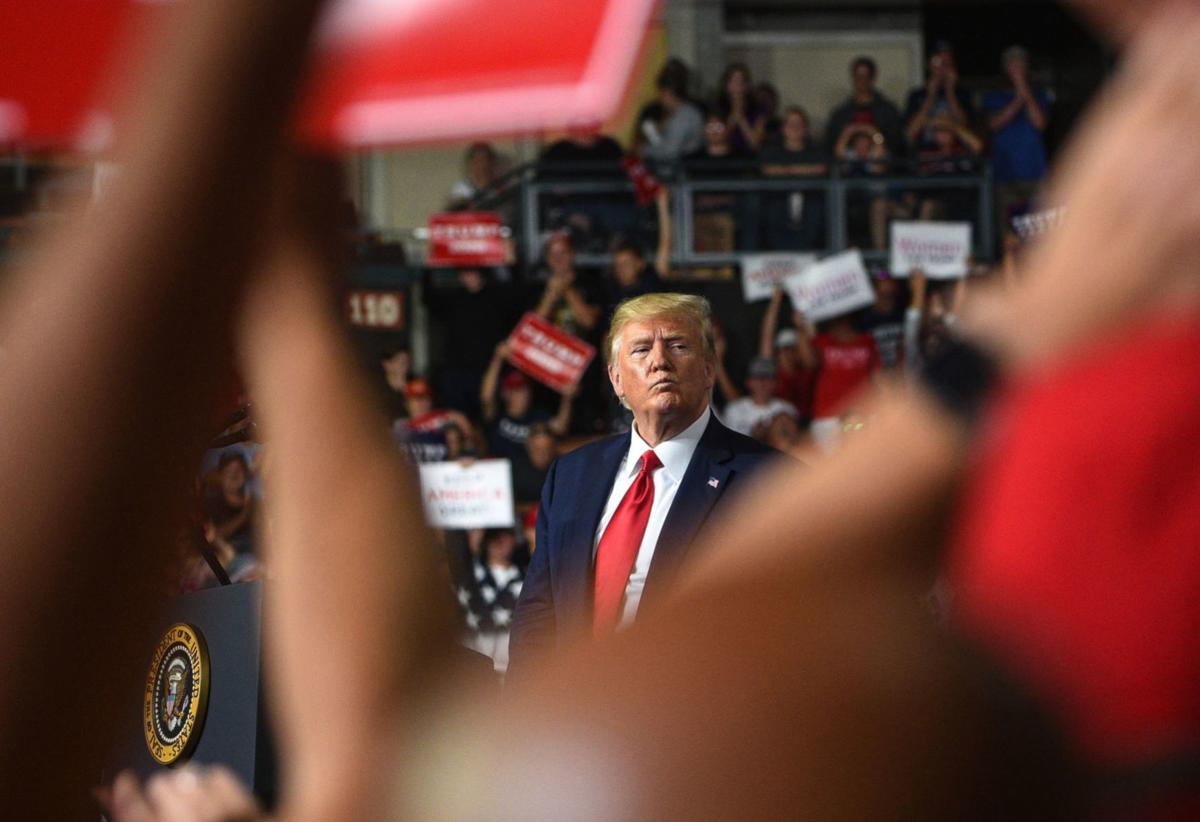 IN AN EMAIL Tuesday, supporters of Don Bolduc‘s Senate campaign were told that President Donald Trump‘s endorsement of Corky Messner in the Republican primary to take on Sen. Jeanne Shaheen was an example of Washington butting into local affairs.

“Picking the best candidate to beat Jeanne Shaheen in November is up to Granite State Republican voters in September, not the RNC in June,” read the message from Bolduc to his supporters.

The President tweeted his endorsement of Messner earlier this month, but it’s not clear if the president’s reelection campaign or the Republican National Committee will campaign or fundraise for Messner.

Josh McElveen, senior adviser to the Bolduc campaign, said the RNC has already removed a key support from Bolduc’s campaign. Bolduc’s team cannot use the party’s vaunted database — its stockpile of detailed information about voters and potential voters.

“It’s key to voter outreach especially for a first-time campaign. You can’t generate a list out of thin air,” McElveen said. “We have our house list, but it makes it difficult to expand.”

He said the campaign is collecting the information it can from its own events and email sign-ups, but the RNC’s list is exponentially larger — with more potential voters and donors.

McElveen compared the situation to the Democratic National Committee’s treatment of Sen. Bernie Sanders in the 2016 primary. At the time, McElveen said, Republicans said they were outraged by the DNC’s treatment of Sanders. “Faux outrage, it seems now, that they were picking winners and losers.”

To the victor go the spoils?

“We’ll adjust and overcome, but it’s counter to the principles of a democracy: let the voters decide,” McElveen said.

Trump-endorsed candidates have won primaries far more often than they’ve lost. But a nod from the president doesn’t guarantee victory. Just ask Lynda Bennett, who won Trump’s endorsement for a North Carolina congressional seat, only to lose her primary on Tuesday.

The state Democratic party took note of the rancor Wednesday morning, highlighting Bolduc’s 2019 pledge to run a positive campaign and accusing him of making a “broken promise.”

Trump’s reelection campaign has had a New Hampshire staff for about a year, but they’re finally getting an office this week.

Messner will be on hand at the opening, as will Matt Mowers, the Trump-endorsed candidate in the Republican primary in the First Congressional District.

The campaign is advertising the office opening as a “Trump Ticket Rally,” even though the ticket will not be officially set until the Sept. 8 primary.

Bolduc did not get an invitation, McElveen said.

On the other side of the political spectrum, the Progressive Turnout Project is opening an office in Manchester to serve as a base for canvassing in Manchester, Nashua and Concord. The project, a political action committee, aims to turn out Democratic voters who don’t always make it to the polls, and is opening offices in 17 states with competitive Senate races. Their planned canvassing is of the in-person, door-to-door variety.

Will Democrats open their doors? A University of New Hampshire Survey Center panel published Wednesday found people who identified themselves as Republicans were more likely to say they were comfortable going out to restaurants and big events than self-identified Democrats.

Bolduc campaign insists primary 'far from over,' despite disadvantages

President Donald Trump tweeted his endorsement of Matt Mowers Thursday in the Republican primary to challenge Rep. Chris Pappas for the first …

Cheryl Kimball Nature Talks: A variety of perches makes for a variety of bird to watch

SOME PEOPLE LOVE daylilies, some not so much. I love them, especially the orange-colored ones (one of the three original colors, the others being yellow and red) that are so ubiquitous in New Hampshire. You will likely see clumps of them growing on any property that once housed or still hous…