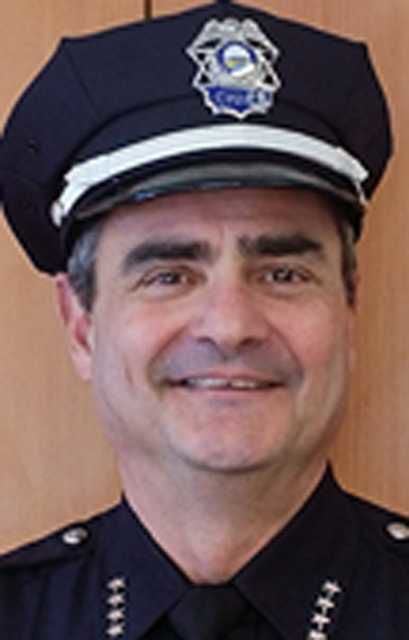 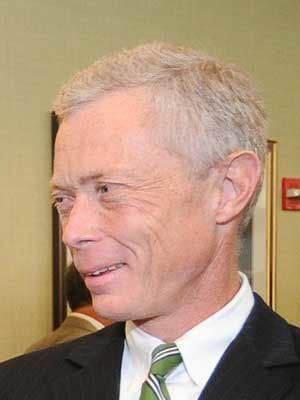 County Attorney Michael Conlon learned of the move — announced Friday via a news release — while speaking to reporters in the lobby of the Hillsborough County courthouse.

The move came after Conlon rejected MacDonald’s call for his resignation. It highlights a growing frustration in the Attorney General’s office with the Hillsborough County Attorney’s office and its decisions in several high-profile cases.

“The administration of justice and the protection of the people of Hillsborough County requires swift action to ensure there is adequate leadership and oversight of prosecutorial functions,” MacDonald wrote in a two-page letter to Conlon, which was dated Friday and distributed to media.

Last November, Conlon, who lacks experience as a prosecutor, ousted a three-term Republican who also was inexperienced when first elected.

Conlon has faulted MacDonald and his office for providing inadequate resources and few specific recommendations during his first eight months as county attorney.

Speaking to reporters, Conlon said he welcomed the move and will work collaboratively with Mara.

“I’m not trying to fight anybody,” he said.

In his letter, MacDonald said Mara will eventually assume control of day-to-day law enforcement duties of the office. Mara is a former Manchester police chief who went on to serve as an interim Portsmouth police chief and then as Gov. Chris Sununu’s drug czar.

Mara has a law degree and once worked handling arraignments, juvenile prosecutions and other courtroom duties as a Manchester police prosecutor. He will have to be appointed as an assistant attorney general, meaning he must go through the Democrat-controlled Executive Council.

“David Mara has proven he knows how to be in a leadership role,” said Manchester Police Chief Carlo Capano. Capano’s criticism last week of the plea bargain in the Joshua Garvey negligent homicide case highlighted police concerns over Conlon’s office.

“It’s going to be nice to have someone who has the background as a prosecutor and understands the criminal justice system the way David Mara does,” the chief said.

“It’s a little curious that of all the persons he would pick it is an inactive lawyer who hasn’t practiced in a long time,” said Scherr, who has nearly four decades of experience as a public defender and criminal law professor.

Scherr said all parties in the matter are worthy of criticism: Democrats for putting an inexperienced Conlon up for office, Capano for criticizing a plea deal that Scherr said appears to be in line with similar cases, and MacDonald for selecting a person with no ongoing experience. “It’s New Hampshire at its less than prettiest all around,” he said. 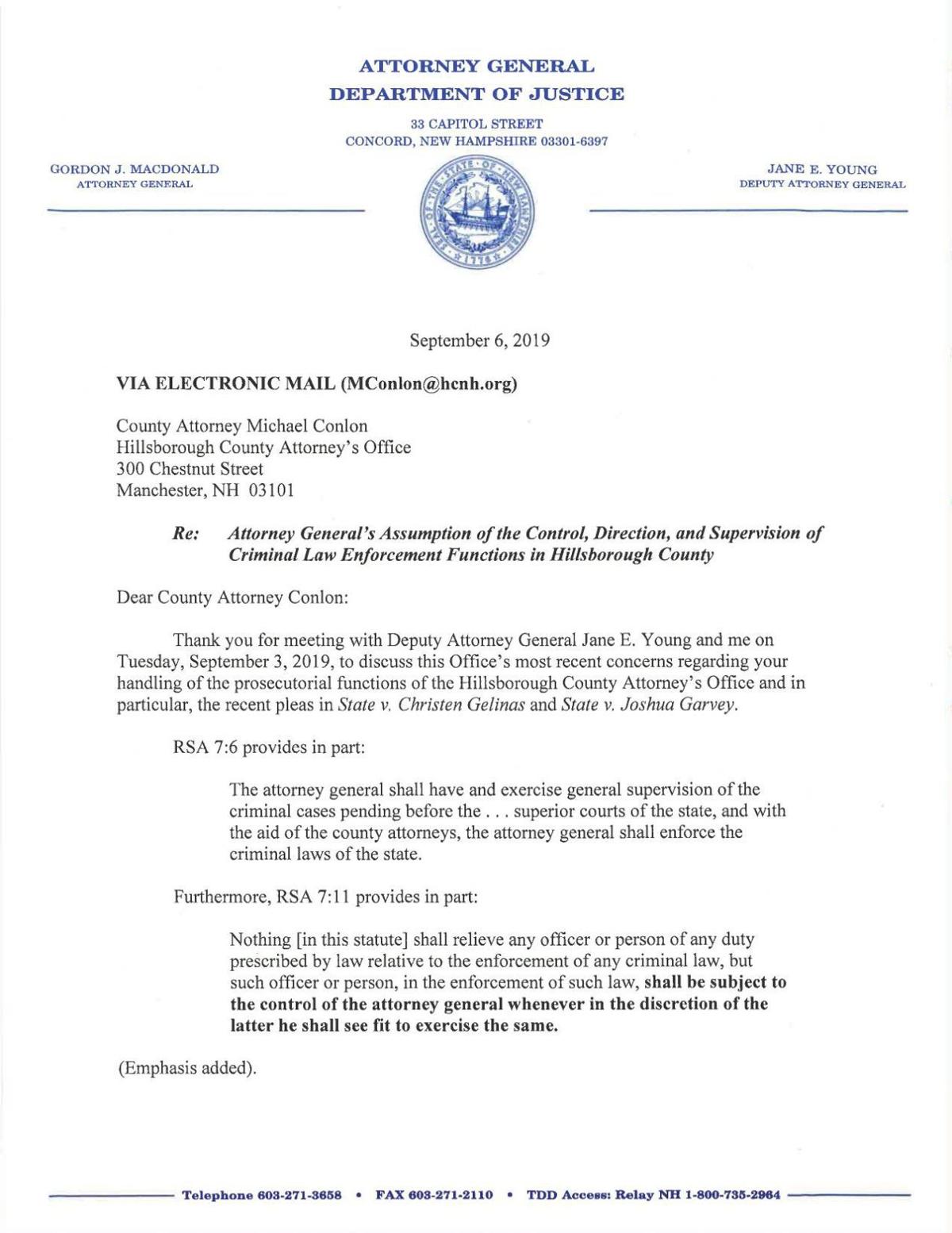 In his letter, MacDonald cited three cases that caused his concern, including the Garvey plea bargain. They show, he wrote, “systematic failures in the leadership of the prosecutorial function of your office.”

Conlon obtained a double-digit percentage increase to the office’s budget this year. He told reporters he has hired experienced prosecutors, one of whom used to work for the Attorney General’s office. His prosecutors are at full staff, morale has improved and he’s adopted policies that cover communication with police about plea bargains and management approval for plea bargains in domestic and sexual assault cases.

Conlon said he has brought a “gentle, more thoughtful approach” to the job, and he said no one from MacDonald’s office has visited to talk to his staff about the supposed leadership problems.

“They would find an office that has an effective management team and is working to make continued progress,” he said.

Reams fought the suspension, and a judge ultimately sided with Reams.

“The Attorney General asserts that he has the power to suspend a county attorney’s prosecutorial powers based upon his belief that the county attorney has engaged in official misconduct in violation of (state law). The court disagrees,” wrote Superior Court Judge Richard McNamara of the Reams case.

Reams ended up collecting his salary and doing little else. Foster filed court papers to officially remove him, although no such procedure is spelled out in state law. Reams eventually resigned and the state ultimately paid his legal expenses.

“Chief Mara has served in an exemplary manner as our state’s Drug Czar and has an incredible record in law enforcement – specifically in Hillsborough County,” Sununu said of Mara.

“The Attorney General has requested his assistance in the County Attorney’s office. We thank him for his willingness to take on this critical challenge on behalf of our state.”

“Too often we hear from prosecutors that the victim recanted,” said Amanda Grady Sexton of the Coalition Against Domestic and Sexual Violence. “Victimless prosecution is something every prosecutor should be trained in.”

MANCHESTER -- State health officials have been unable to determine the culprit in the late November outbreak of norovirus at the Puritan Backroom banquet center, which sickened 20 and factored into the death of one, according to an eight-page report released Thursday.