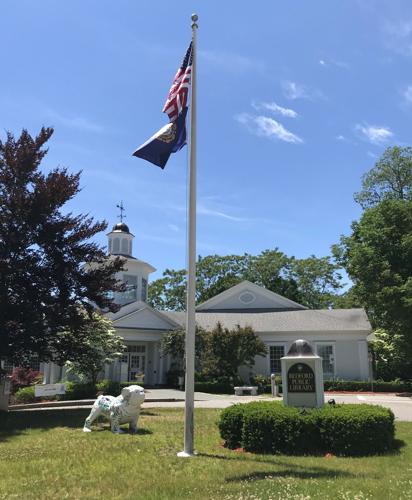 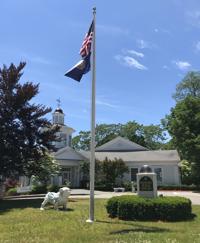 Residents whose property abuts the Bedford Library oppose plans to pave over green space and expanding the parking lot. 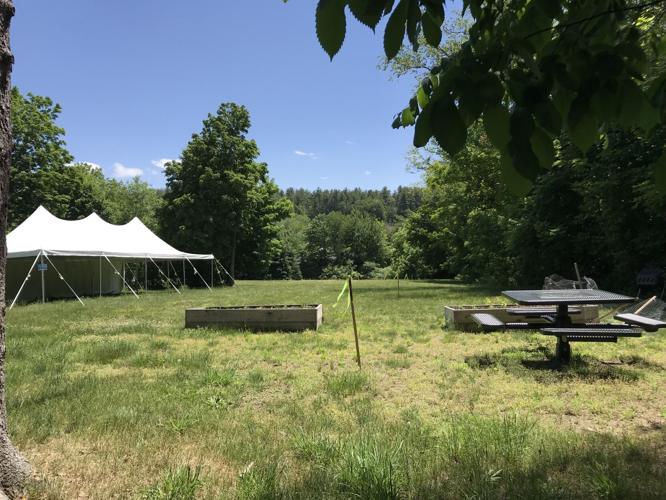 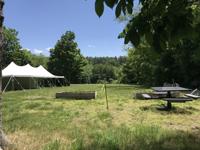 Green space near the Bedford Library would be paved over for more parking, according to the town.

Residents whose property abuts the Bedford Library oppose plans to pave over green space and expanding the parking lot.

Green space near the Bedford Library would be paved over for more parking, according to the town.

Several Bedford residents are rallying to save the last public green space in the town’s historic district, protesting a proposed plan by town officials to turn the spot into a large parking lot.

At the center of the debate is the Bedford Public Library, located at 3 Meetinghouse Road, and a proposed plan to nearly double the number of parking spaces the library has, currently about 60.

Since early 1995, the library’s board of trustees has been pushing for more parking, which they argue is needed to accommodate library and town center events.

“Since Bedford does not have a traditional downtown where residents may gather with their neighbors, the historic center — including Town Hall, the Library, BCTV, and the Bedford Village Common — serve that purpose,” the library trustees stated in a letter to the town council, which was read at a May 11 town council meeting.

Currently, the library “limits large community group gatherings in its meeting rooms, because parking does not allow for simultaneous events,” the library trustees stated.

According to town records, the first blueprint for the parking lot expansion was produced in 2002, but funds have never been available to move the project forward.

Then the COVID-19 pandemic struck, and the federal American Rescue Plan Act was passed, which in spirit was intended to provide funding to cash-strapped towns for essential services.

In November 2021, Bedford’s town council voted to reserve approximately $250,000, or 10%, of the town’s ARPA funds, for the library’s parking lot expansion, in addition to the $159,375 in capital reserves the town already had earmarked for the project, according to its 2022 municipal budget summary.

News of the parking lot expansion plans caught many residents off guard.

“No one really voted on this,” said Deirdre Menard, whose property abuts the library.

While residents had a chance to vote on the issue at the town’s annual meeting on March 9, a day after the town’s election, they weren’t informed about it, she said.

Library abutters were only made aware of the plans through notification of a Historic District Commission meeting on April 5, when the Department of Public Works presented the preliminary plans for constructing the lot, Menard said.

But the town has been clear it essentially can do what it wants, because the plans are being presented under zoning ordinance RSA 674:54. Municipal property constituting “governmental use of land,” doesn’t require the Town Council to receive approval from the town’s zoning board, planning board or historic district commission.

Town Councilor Kathleen Bemiss, who voted against the parking lot expansion, said if the matter had to go before those three boards for approval “it would never pass.” She suggested that the ARPA funds be spent in a “more fruitful way,” such as on the fire or police station.

The total construction costs don’t account for the costs of maintaining the additional pavement, including plowing, sealing the surface, lighting and more, opponents said

“Those are all variable costs that are going to add significantly to the taxpayer burden,” said David Clark, who has lived in Bedford for 40 years and opposes the plan.

But the biggest concern expressed repeatedly by several residents who have appeared at numerous meetings over the past several weeks is that the lower and upper levels of the library parking lot are hardly ever full and often are empty.

Supporters of the plan disagreed, saying the lot often is full and that the current parking situation for the town’s center is inadequate. The library’s trustees have not produced any data showing how often the parking lots are at capacity.

Carol Davis, president of the Craftworkers Guild, located at the library’s bottom lot, commented at one meeting that producing the data isn’t so simple: “How do you quantify what is not happening because of programs that are not being offered, or meetings that are not being held, because of the parking issue and COVID?”

Many compromises have been discussed, including holding large gatherings at other public spaces like Bedford High School, using the empty parking lot that abuts the library as overflow parking, or implementing a shared event-scheduling system.

“The library is a beautiful facility and has served the town of Bedford very well, but the proposed doubling of the parking area is a waste of taxpayer money, unneeded and will destroy the charm of the Bedford Historic District,” Clark said.

The green space is all that is left of the “historic heart of Bedford,” Menard said. “The original plan did not include any trees at all. There is nothing that would screen the street view from Route 101 beneath it.”

The library trustees said they have consulted with a landscape architect and will ensure the changes made to the parking area are “aesthetically pleasing.”

Concerned residents said there are no guarantees.

“Most importantly, there are grave environmental concerns that need to be considered,” Clark said. That much pavement not only will “raise the temperature substantially in Bedford Center,” but also create rainwater runoff contaminated with automotive leaked pollutants, sweeping them into nearby wetlands. “None of these environmental concerns have been vetted in any of the meetings I’ve attended,” he said.

“We need to make preservation and protection of our heritage and history a priority,” Elaine Tefft, a Bedford resident, said at the April 5 Historic District Commission meeting.

“Please, don’t pave paradise and put in a parking lot,” she said, alluding to the song “Big Yellow Taxi” by Joni Mitchell.

In response to residents’ concerns, the Department of Public Works submitted to removing 10 parking spaces. Its preliminary plan was to add 60 more, but it has not landed on a final number.

For now, concerned residents are keeping up the fight. On May 27, a group of residents attended the Library Board of Trustees Meeting. “They told us they would walk the site with us, so we walked down the field they’re proposing to pave over,” Menard said.

Of what was discussed at the meeting, she said, “It was pretty contentious. They just aren’t listening to the concerns of the residents.”