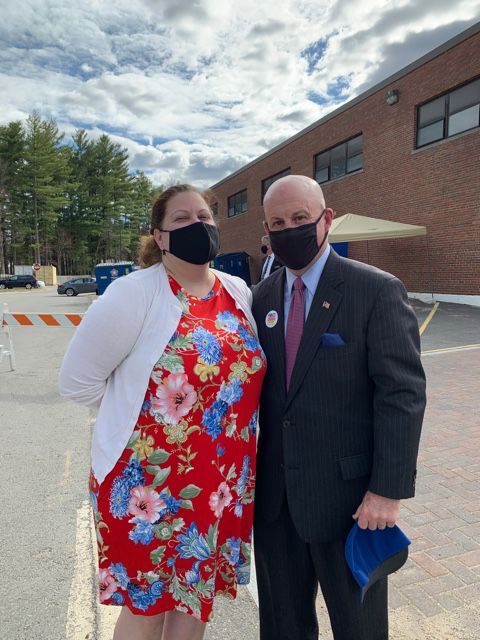 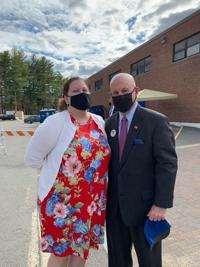 House candidate Bill Boyd and his wife, Michele, pose for a photo after voting Tuesday in Merrimack. 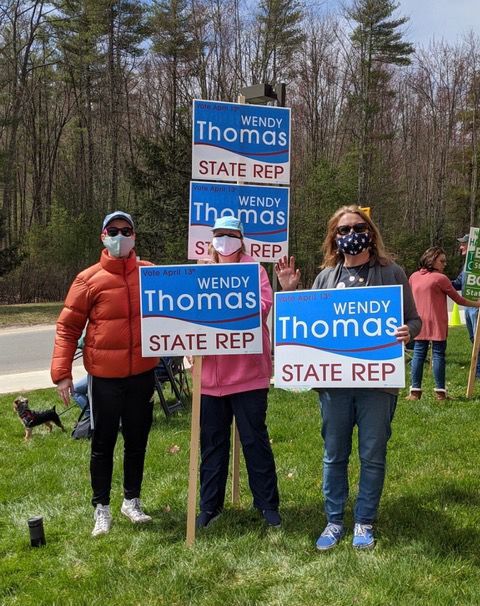 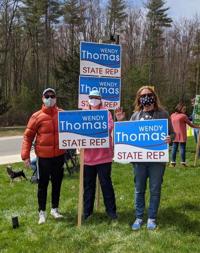 House candidate Bill Boyd and his wife, Michele, pose for a photo after voting Tuesday in Merrimack.

Election officials ran out of their initial 4,000 machine ballots and had to switch to paper ballots Tuesday evening. About 900 paper ballots had to be hand-counted after the polls closed at 7 p.m.

Hinch, a Republican and seven-term member of the House, died of COVID-19 complications on Dec. 9.

“Concord needs a sobering voice right now,” Boyd said on Tuesday outside the polls, pledging to be a responsible and respected voice for Merrimack residents.

“I am optimistic at the turnout. It’s good to see so much involvement,” Thomas said on Tuesday. “I know the issues we’re talking about matter to the people of Merrimack.”