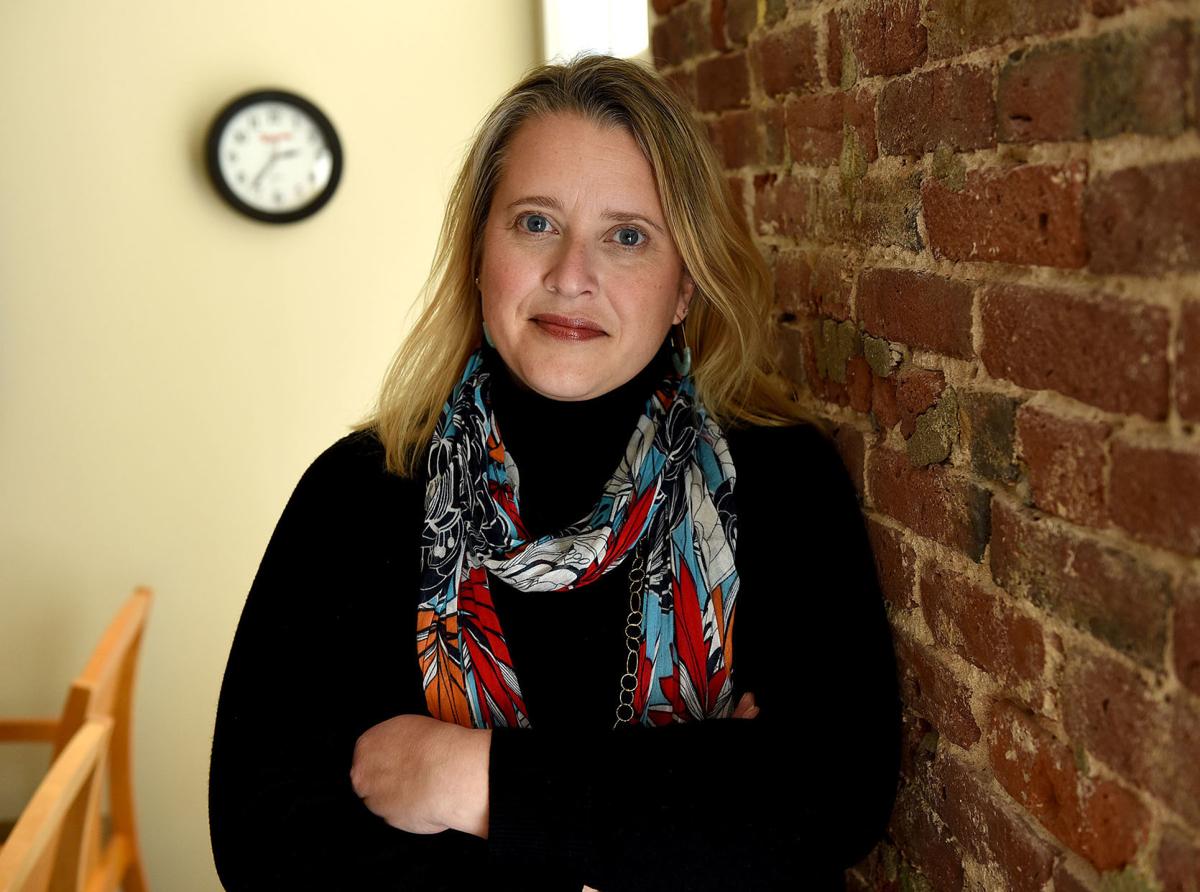 Lara Quiroga, founder of Manchester’s ACERT, works at Amoskeag Health. She will be joining Rep. Chris Pappas for Tuesday’s State of the Union. 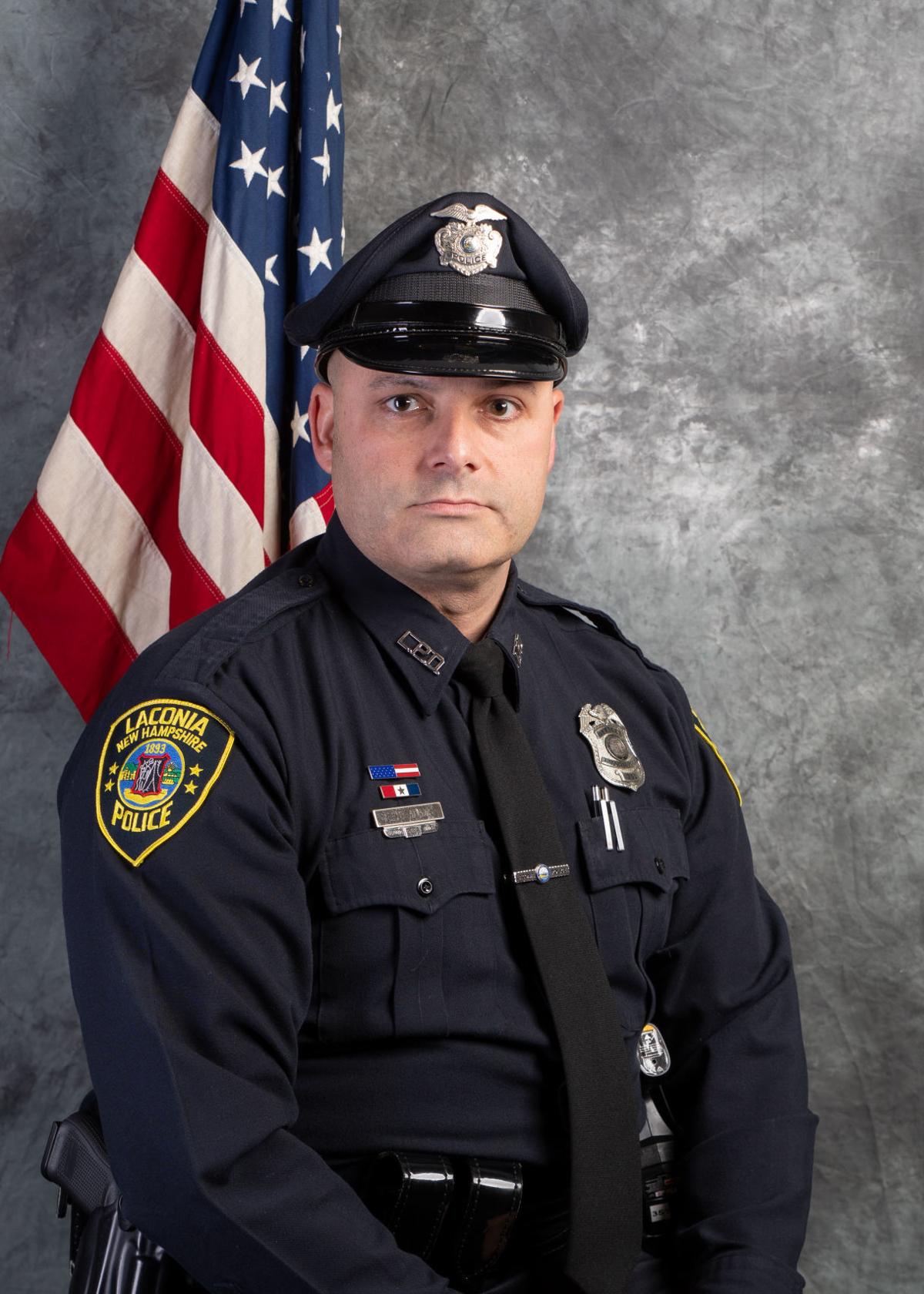 Laconia police officer Eric Adams will be the special guest of Sen. Maggie Hassan, D-N.H., at Tuesday's State of the Union address. 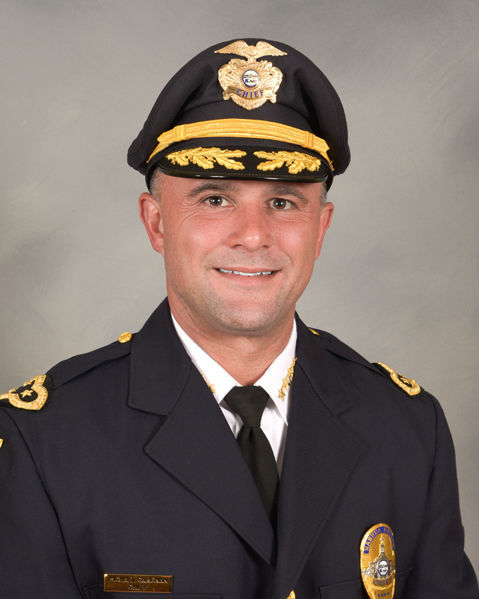 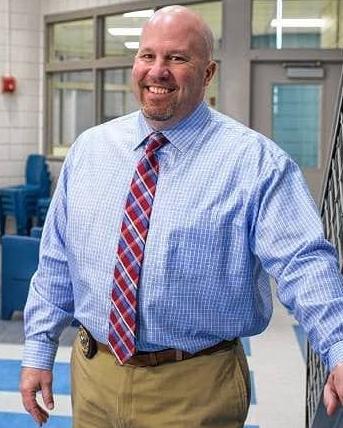 On Tuesday, four individuals who have been on the front lines of New Hampshire’s addiction and mental health challenges will be in the House gallery when President Donald J. Trump delivers his State of the Union address to Congress.

Each year, senators and congressmen invite special guests to attend the speech. This year, members of New Hampshire’s delegation have invited:

What the four have in common is an unconventional approach to addressing mental health and substance use disorders. Tuesday’s spotlight gives them a national platform to promote their ideas to a wider audience.

Early on in her career in early childhood education, Quiroga saw firsthand the effects of domestic violence, substance abuse and other family troubles on young children. But she also saw how offering those families help made a difference in how resilient children were as they grew up.

Back then, no one was using the term ACES — adverse childhood experiences — to describe the kind of trauma that studies have since proven can lead to long-term medical and mental health problems.

Fast-forward to 2013, when Quiroga, working for the community health center in Manchester, captured federal grant money to create the ACERT program, a partnership with the city’s police and the YWCA’s crisis services. A few days after police respond to an incident in which a child is exposed to trauma, such as domestic violence or a parent’s overdose, the team visits the family, offering to connect them with community services such as counseling, art therapy and therapeutic riding.

Fundamentally, Quiroga said, ACERT “is about connecting children and their families to those positive experiences that will improve the odds for them.”

Concord and Laconia have since created their own teams. And last fall, Rep. Pappas sponsored the National ACERT Grant Program Authorization Act, which would provide funding for communities around the country to create programs.

Six years ago, Laconia Police Officer Adams, with the support of his chief, launched what would become the department’s Prevention, Enforcement and Treatment (PET) program. He took a different approach to the individuals first responders encountered at overdose scenes, handing out his cell phone number and offering to connect them to help when they were ready.

And they started to call. Adams did what he could to help them find treatment, even with relatively few resources available back then. “I think changing that conversation from ‘Why don’t you just quit’ to ‘Hey, I want to see what we can do to help you out,’ just that little bit was huge,” Adams said.

Today, Laconia has the Doorway, a recovery center and sober living houses, Adams said. And police officers, he said, understand the necessary balance between arresting those who are selling drugs and trying to help individuals who are suffering from addiction. He hopes Laconia’s PET program can become a model for the country.

Last year, after Capt. Jon Lehto, a 20-year veteran of his department, died by suicide, Nashua Police Chief Carignan vowed to do everything he could to break the silence. With the blessing of Lehto’s family, he started talking about how the stress and trauma police officers experience on the job can affect their mental health — and where they can turn for help.

“The stresses on first responders and the long-term stress and suicide rates are a problem, and this provides an opportunity for me to speak about it and generate more awareness and possibly get people the help they need to destigmatize it,” Carignan said.

Talking openly about how Lehto’s suicide has affected his fellow officers has been a critical piece of the healing process for his department, he said.

Jail superintendent Cunningham has brought a social services approach to his career in corrections. He started a community corrections center during his previous tenure at the Sullivan County Department of Corrections, and brought the same approach with him when he came to Merrimack County in 2014.

As a sentencing option, inmates are offered educational and mental health services, including medication-assisted treatment for substance use disorders; they can earn community release or work release with good behavior.

The jail also partners with Hero Pups, a Stratham nonprofit that raises service dogs for veterans; jail inmates volunteer to take care of the puppies as part of their training. “All the way around, it’s one of those things it’s just the right thing to do,” Cunningham said.

And these innovations are showing results, he said. The recidivism rate in Sullivan County used to be 54 percent; by 2014, it had dropped to 18 percent. And of the 100 inmates who have participated in the community corrections program in Merrimack County since it began last year, 38 have successfully completed it, he said.

Cunningham said he’s been able to accomplish all this because of the support of his “amazing” staff and backing from county commissioners.

The problems these four leaders have taken on are interwoven; not surprisingly, their efforts to address them often are as well.

When Laconia started its own ACERT team, Adams played a key role. And when Quiroga does training for police officers, she reminds them of the effects the trauma they witness in their work can have on their own mental health.

Quiroga stresses the importance of self-care for first responders, using an analogy of the oxygen masks on airplanes: “Put your own mask on before you help others,” she tells them.

If he had the president’s ear, Cunningham said, he would ask him to provide more support for the mental health system, and for successful programs like the ones here in New Hampshire.

What would Quiroga say to the president if she had the chance?

“Help me take care of the next generation,” she replied.

President Donald Trump notified Congress Friday evening that he intends in 30 days to fire the intelligence community inspector general, the official who alerted lawmakers to a whistleblower complaint last September that was at the center of allegations that led to the president’s impeachment.

WASHINGTON (Reuters) - President Donald Trump will meet with oil company executives at the White House on Friday afternoon to discuss a historic oil-price slump threatening their businesses, brought on by the coronavirus outbreak and a Saudi-Russia price war.

CONCORD — State officials on Wednesday reported “a handful” of long-term care residences with clusters of suspected COVID-19 cases — including the site of one of the state’s four deaths from the disease — and warned that the worst of the crisis lies ahead.