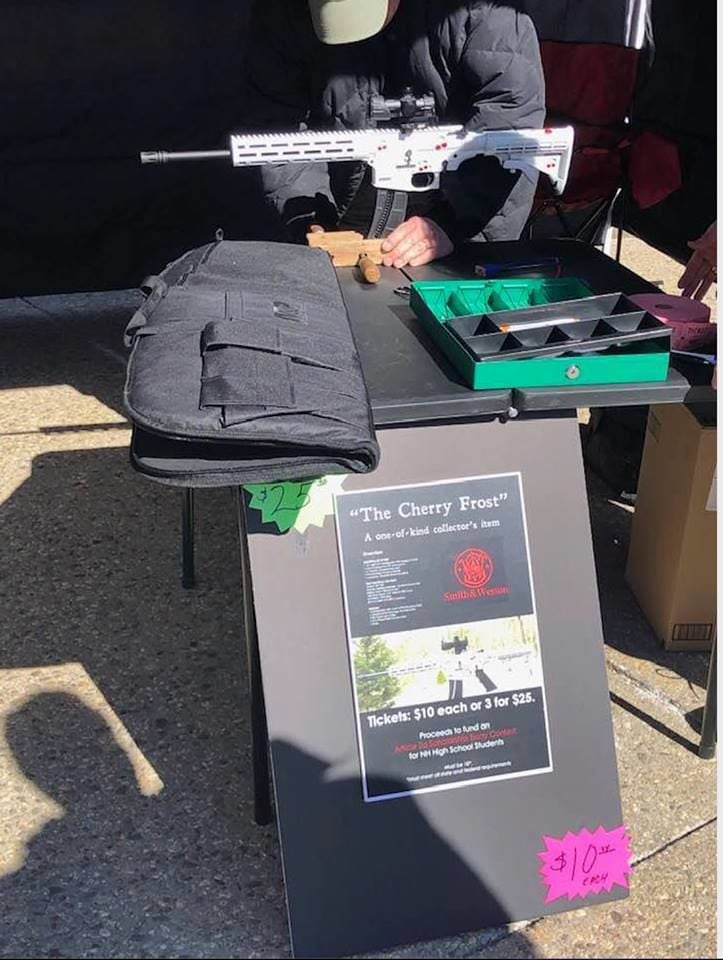 This picture posted on Facebook by former state Sen. Bob Clegg has been taken down by Facebook, but not before setting off outrage among those who see it as a threat to state Rep. Sherry Frost, D-Dover. 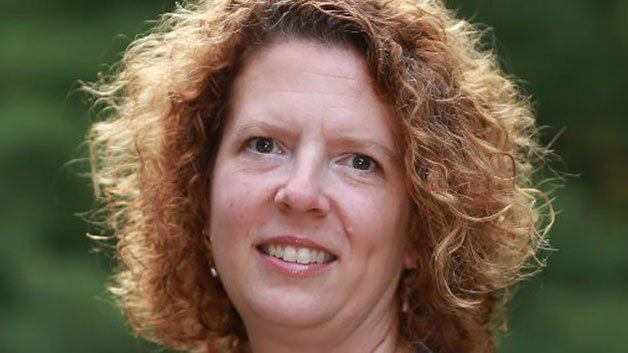 This picture posted on Facebook by former state Sen. Bob Clegg has been taken down by Facebook, but not before setting off outrage among those who see it as a threat to state Rep. Sherry Frost, D-Dover.

CONCORD — A poster to promote the raffle of a 22-caliber rifle called the Cherry Frost has Legislative Protective Services investigating the matter as a possible threat to state Rep. Sherry Frost, a vocal Democrat on gun control and other issues that have garnered national attention.

The Speaker of the House says the Department of Administrative Services is looking into whether the firearms raffle violated the terms of the permit for use of the State House grounds.

“The permit came from Department of Administrative Services, so it’s up to them, but in their boiler plate permit it states you cannot sell anything, and I suppose selling raffle tickets would be a violation of standard licensing,” said Shurtleff.

The controversy began with an event in front of the State House on Saturday to protest gun control legislation put forward by the Democratic majority in the state Legislature.

The Women’s Defense League of NH was holding its fifth annual Gun Rally with the theme “Hold the Line.” Former state senator Bob Clegg, now a lobbyist and president of ProGun NH, addressed the crowd.

Clegg also posted a picture of the gun painted white with red cherries on it, and the poster promoting raffle tickets on Facebook, with the line “One of a kind.”

Facebook has since taken the post down, according to Clegg, saying he was told it was “inappropriate content for the community, because it had a gun in the picture.”

Clegg maintains the name of the firearm and his Facebook post have nothing to do with the high-profile Democrat from Dover.

“Everything is not about her,” said Clegg on Wednesday. “There is cherry frost lipstick, cherry frost vodka, cherry frost slushies at 7/11. They are just looking to create a thing.”

Clegg said the gun was painted to make it more appealing to raffle ticket buyers.

“The new thing now is to paint guns whatever color you want,” said Clegg. “The whole thing is to dress the firearm up as a one-of-a-kind 22.”

Money raised by the raffle will be used to pay prizes in an essay contest for students about the Bill of Rights, said Clegg. “This is a sad attempt by the red flag people to silence the opposition,” he said.

Both sides in the gun law debate claim to have received threatening emails and social media content from the other side.

The investigation by protective services was initiated on a complaint from Rep. Timothy Horrigan, D-Durham.

Frost says she’s already been in contact with protective services and has herself contacted the FBI.

“My first instinct was that it felt very middle school. The difference in the name of the gun and my name is one letter. Do adults really think this is a coincidence?” she said in an interview on Wednesday.

She alluded to near-fatal attacks on lawmakers in recent years as a good reason to be concerned.

“In the age of Gabby Gifford and Steve Scalise, and the man who was just arrested a couple weeks ago with an arsenal and a hit list that included lawmakers, public officials are literally as well as figuratively targets, and I think in this environment it is not unreasonable to assume that if someone is naming a gun after me they are making a pretty clear statement about what they want.”

When asked why she thinks she would be targeted, Frost said, “Because I’m outspoken. Because I draw attention to these issues.”

In 2017 she had to defend herself in a legislative inquiry prompted by comments she made on Twitter that men telling her to calm down make her homicidal and that white, Christian men are a terrorist problem.

Her case was lumped in with an inquiry into Republican Rep. Robert Fisher of Laconia, who at the time was exposed as the creator of a misogynistic online forum.

The social media explosion over the Cherry Frost firearms raffle comes amid increasing tensions between gun control and gun rights advocates at the State House as several gun control measures are up for a vote, most of which are likely to be vetoed by Republican Gov. Chris Sununu.

CONCORD – Secretary of State Bill Gardner and a Windham activist have proposed a forensic probe aimed at explaining the wide discrepancy between votes from automated machine and hand recount of Nov. 3 general election ballots in that town.

CONCORD — Town and state officials urged a House committee to quickly embrace a Senate-passed bill (SB 43) to conduct an audit into the controversial results of Windham elections for the Legislature.

Teachers, those over 50, can soon sign up for vaccine

CONCORD — Teachers, school staff and anyone over 50 can start signing up this month to receive the COVID-19 vaccine, and all could get their first shots by the end of April, as the state accelerates its vaccination timetable.