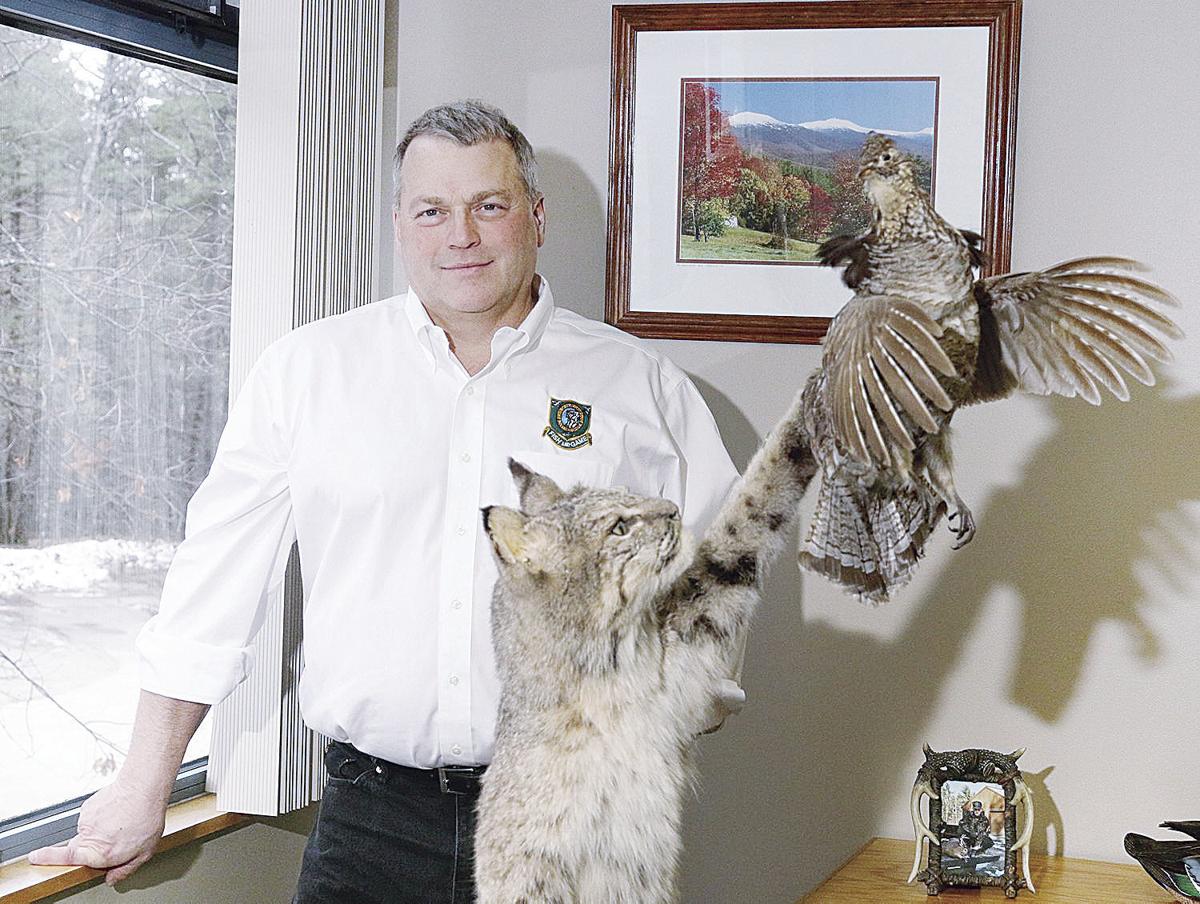 Outgoing Fish and Game Executive Director Glenn Normandeau fired back at gun advocates who maintain he’s been “anti-Second Amendment” during his long tenure. The Fish and Game Commission voted in secret not to recommend a third, four-year term for Normandeau.

CONCORD — Fish and Game Executive Director Glenn Normandeau lashed out upon learning the Fish and Game Commission held a private meeting last month and voted against recommending him for another term.

Normandeau, whose term expires in March, said he thought Gov. Chris Sununu was speaking for himself telling Normandeau recently the agency needed to go “in another direction.”

“However, I have to say that what went on last month, I found to be less than professional. In the past, and I was on two searches, my expectation would have been that I would have had an opportunity to hear from the commission what the issues were with me and an opportunity to respond to them,” Normandeau said during Wednesday’s commission meeting at the Owl Brook Hunter Education Center in Holderness.

On Thursday, Normandeau tried to call an end to the war of words.

“I don’t have any more to add. My remarks were directed at the Commission and I made my point. Not interested in carrying it on in the media,” Normandeau wrote in an email response to the Union Leader.

The process to replace Normandeau next year has begun with a search committee but it hasn’t met yet and no candidates have emerged.

“Glenn and I have maintained a great relationship for the last nine years, and I conveyed that to the Fish and Game Commission when they met to discuss Glenn’s reappointment,” Sununu said.

“It was conveyed to me following our meeting that the Commission unilaterally decided to go in a different direction, as laid out in statute, and we must respect their process. I wish Glenn nothing but the best and know he’ll bring the same energy and passion to his next endeavor that he did to the state of New Hampshire.”

Fish and Game is set up differently from most state government departments.

Among its other responsibilities, the commission plays a role in selecting an executive director. A governor can only make a nomination based on the recommendation of the commission.

The nominee must then win confirmation by the Executive Council.

Normandeau, in his third four-year term, is the second-longest serving director in the agency’s history.

The minutes of that commission meeting on Normandeau’s future have been sealed so it’s not clear if any on the 11-member panel wanted him to remain.

Normandeau came to the top administrative post in April 2008 after serving on the commission himself and leading a Seacoast marine contracting firm.

“As someone who was on the commission, I have always respected everyone,” Normandeau said at Wednesday’s meeting.

Commission Chairman Robert Phillipson from Cheshire County told Normandeau at the meeting the commissioners kept quiet about the secret vote at the governor’s request.

Phillipson could not be reached Thursday for further comment.

Last month, Phillipson told the Union Leader the job was not on the commission’s radar at all until Normandeau had approached Gov. Sununu to inquire about his reappointment.

Sununu contacted the commission to ask about a recommendation, and that prompted the members to consider the appointment, he said.

Other commissioners confirmed the search process for a replacement was underway but declined comment citing the confidentiality of personnel matters.

Prior to this week, Normandeau had confirmed going to the governor to discuss whether there was a chance he would be nominated for a fourth four-year term.

When the commission announced last month Normandeau would not be signed up for another term, Normandeau issued a positive statement about his past performance and remained largely silent.

This changed this week when he learned the commission had met with Sununu and then met privately as a group last month to take the secret vote against him.

During his tenure, Normandeau was a fierce defender of the agency.

Normandeau frequently went to public forums, including the Legislature, to warn that as fewer younger people were hunting and fishing than in past generations, the agency needed to find a more permanent, robust stream of money to support its operations.

As with predecessors, Normandeau faced his share of controversies, such as a proposed bobcat hunting season he cancelled in the face of public opposition in 2016.

Normandeau continued the agency’s pursuit of a public boat launch on the state-owned Wild Goose property on Lake Sunapee despite neighboring town boards and many property owners were dead set against it.

In the spring of 2018, Sununu said the state should move on and seek other public access points and the Fish and Game Commission weeks later ratified the governor’s wishes.

As some other governors have done, Sununu has nominated replacements for some commissioners who publicly opposed his office on issues such as the Wild Goose project.

Normandeau also backed up Fish and Game biologists who advocated for the euthanization of bears that had become a major nuisance in the Upper Valley.

When saving the bears became a viral cause on social media, Sununu in the spring of 2017 instructed Fish and Game officials to safely capture and relocate bears into the wild in the Great North Woods region.