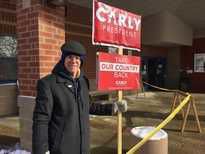 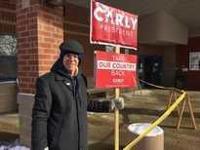 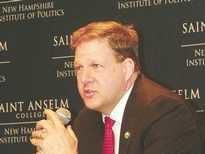 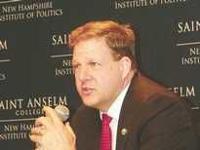 CONCORD — Gov. Chris Sununu lost the second of his three picks to join the state Site Evaluation Committee with former Republican state Rep. Michael Vose of Epping withdrawing his nomination Tuesday on the eve of a showdown vote on the Executive Council.

Sununu had been a vocal supporter of Vose’s candidacy as someone who vowed to oppose expensive subsidies for renewable energy and who would embrace the governor’s energy agenda that placed the most emphasis on lowering some of the highest electric rates in the country.

“After further consideration of the time and travel requirements involved, I withdraw my name from consideration in nomination as a full public member of the Site Evaluation Committee,” Vose said in a statement.

“I thank Governor Sununu for the honor of being considered for this opportunity to serve the citizens of our state. I remain committed to working to keep energy reliable and affordable for everyone.”

“Michael is a true public servant and a tireless advocate for New Hampshire’s ratepayers,” Sununu said in a statement. “I appreciate his consideration of this nomination.”

Critics maintained Vose was a strong supporter of Northern Pass and Sununu’s advocacy for him was in part driven by revenge against that panel.

Last February, the SEC rejected the high-wire transmission project to deliver Canadian hydropower down through New England, a project Sununu has lobbied for the state to approve.

“This was clearly an inappropriate choice,” said Councilor Andru Volinsky, D-Concord. “I spoke to Michael Vose. He was a climate change denier and someone who didn’t believe fracking had any negative impact on the environment.”

Vose’s pullout came as it was clear he would have lost a test vote on the council.

Today’s meeting is expected to be the last one when Republicans enjoy a 3-2 majority.

Councilor Joe Kenney, R-Wakefield, had said prior to the vote he received more than 40 emails in opposition to Vose and that Vose’s views for Northern Pass and against subsidies for the biomass industry were problematic.

“There’s been a lot of concern in Grafton and Coos Counties that Vose has leanings towards Northern Pass,” Kenney said recently. “He was very vocal against the biomass plants and was outspoken against Senate Bill 365.”

Last month, Sununu had gotten one of his two other nominees to the SEC through the council.

The panel voted unanimously to confirm George Kassas, a Salem international sales executive who co-founded Bireme Systems and had not expressed any past opinion about Northern Pass.

Greg Moore, state director of the fiscally-conservative Americans for Prosperity, said Vose “did his homework” and would have fought projects that didn’t do more to lower energy costs.

“Former Representative Vose was focused on delivering for ratepayers. He did his homework on the issue so the withdrawal of his nomination was not a good development when it came to furthering that mission,” Moore added.

“WE DID IT!” Messner tweeted.

“News just in! Michael Vose pulled himself out of the running for the Site Evaluation Committee. Thank you, everyone — people power works!”

“This is an important victory for pro-environmental forces and a taste of what Gov. Sununu will face in the next 2 years,” Drake tweeted.

But the New Hampshire Republican State Committee responded it’s consumers who will be the loser.

“(This is) More like a taste of what electric consumers will face the next two years: higher rates, wasteful subsidies and fear mongering from @NHDems,” the state GOP answered in its own tweet.