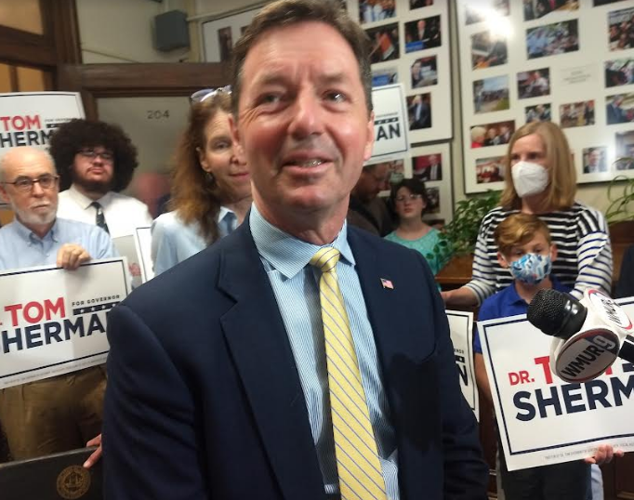 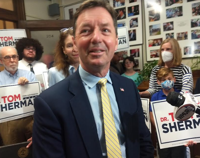 State Sen. Tom Sherman, D-Rye, said he’s built a record of bipartisan accomplishment in the Legislature and would bring that to the governor’s office if he wins it this fall. 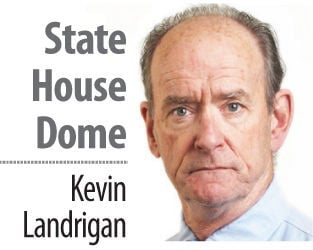 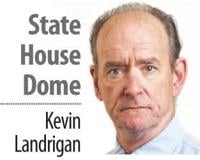 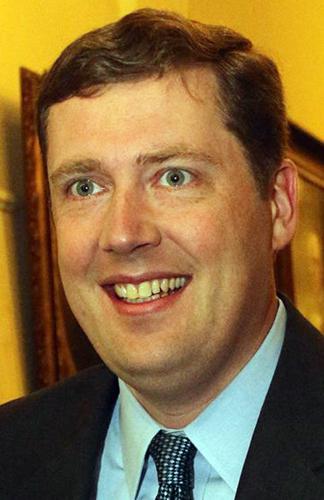 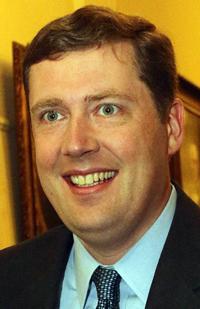 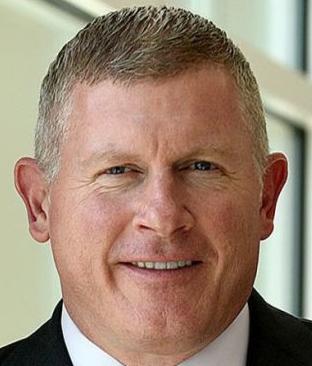 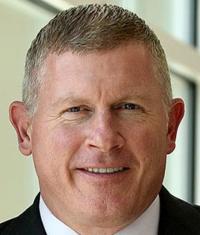 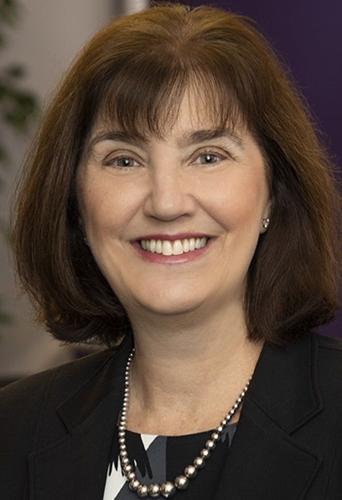 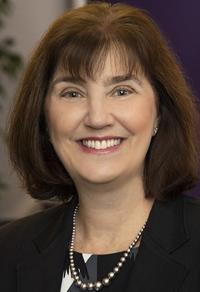 WHILE IT IS EARLY in the 2022 campaign season, Democratic candidate for governor Tom Sherman surely will get some notice for outraising Gov. Chris Sununu, according to the latest campaign finance reports.

That is one of the factors that makes Sherman a potentially strong opponent for Sununu.

Meanwhile, with other Democrats deciding to defer to him, Sherman also will benefit significantly from being the first Democratic gubernatorial candidate since 2014 who will not have to spend money on a primary fight.

“We’re building the resources we need to communicate with voters in the fall and traveling across the state talking to people about what’s keeping them up at night,” Sherman said.

Most impressive is the large number of donors Sherman has so far, compared to Sununu, who built his war chest largely by getting his biggest backers to write large checks.

First-term Executive Councilor Cinde Warmington, D-Concord, blew away all early records for her party with nearly $250,000 in cash on hand, including $107,000 raised since January.

Warmington has opened up a canyon-sized money lead over Democratic primary challenger and former Councilor Michael Cryans of Hanover, who had a balance of $34,000.

Democratic council candidate Kevin Cavanaugh of Manchester was in good shape with $62,500 on hand.

His opponent, Councilor Ted Gatsas, R-Manchester, has nearly twice that much, $111,406.

They have raised $157,000 to support Democratic candidates.

In the last election, business leaders and Sununu allies formed a late-breaking PAC, which spent more than $200,000 on ads backing GOP council hopefuls.

Redistricting of the state Senate will make it harder for state Democrats to flip that body, where Republicans have a 14-10 advantage.

Democrats will not be outspent, however.

The top two targeted races for Democrats are rematches for ex-Brookline Sen. Melanie Levesque and former Amherst Sen. Shannon Chandley, who are trying to win back seats they lost in 2020.

The state Senate Democratic Caucus will play a giant-sized role in the minority party’s upset bids, with $707,000 so far.

Republicans’ No. 1 target in the House is District 16, the seat Cavanaugh left to run for the council. Redistricting has made it much more GOP-leaning, and Democrats did not even field a candidate, though Democratic primary voters could still choose a nominee with write-in votes.

In the District 16 GOP primary, the two rivals come out of the box close in the battle for the bucks.

The GOP is far head in at least one race.

Hampton Falls businessman Lou Gargiulo is the only Republican running in District 24, which Sherman is leaving to run for the Senate.

Gargiulo already has raised $206,000, while his Democratic opponent, Rep. Debra Altschiller of Stratham, has $21,200 after only a few weeks of fundraising.

Safer Dem has pile of cash

Redistricting made the reelection prospects even better for one Senate Democrat, Sen. Lou D’Allesandro, D-Manchester.

His revised District 20 now includes only wards in his hometown after the GOP-heavy town of Goffstown was dropped.

Former Manchester mayoral candidate and school board member Rich Girard will be his Republican opponent.

D’Allesandro has one of the biggest campaign balances of all in the State House, with $252,000 in the bank.

The event at the New Hampshire Institute of Politics, which isn’t open to the public, will be broadcast live on Manchester cable TV and streamed online.

“As New Hampshire’s home for politics, we are looking forward to being the location for this important exchange with candidates who are competing in one of the most important races in the country,” said NHIOP Executive Director Neil Levesque.

She is running in District 5 against Councilor Dave Wheeler, R-Milford.

In these times of workforce shortages, Attorney General John Formella scored a significant recruiting success by luring Diane Murphy Quinlan to join his team as the new director of the charitable trust division.

Quinlan served for years as legal counsel for the Roman Catholic Diocese of Manchester.

Once again we approach the end of a month and a big surplus in state revenue collections.

June is one of the big months, so it’s a slight surprise that state taxes and fees were only $20 million over estimate for this month.

Nearly all of that surplus came from the state’s two business taxes, which brought in $19.6 million more than expected.

All the other big revenue months this year have been more than $50 million over forecast.

Fish and Game Executive Director Scott Mason is hard at work planning for renovation and replacement of its old fish hatchery system.

Until that happens, the agency has to deal with all kinds of challenges, including what happened recently at the Powder Mill Hatchery in New Durham, the state’s largest.

“One big problem is predators. We had a family of otters that got quite happy and fat, dining on 6,000 trout inside of a week there,” Mason told the Executive Council recently.

Roll Call: Seats up for grabs

The story likened this cycle to 2010, when former Congressman Frank Guinta avenged his past defeat to Democrat Carol Shea Porter in the 1st Congressional District and ex-Congressman Charles Bass beat Democratic incumbent Paul Hodes to regain the 2nd District seat.

“New Hampshire is one of the top states to watch for the height of a political wave that could be hitting the entire country in favor of Republicans; because, in the past, New Hampshire has gone with the national tide,” the story said.

Later this week, David Collins will end a long, distinguished career with the lobbying unit of the Rath, Young and Pignatelli (RYP) law firm. Collins had been president for RYP Granite Strategies.

Gina Powers, the group’s director of government relations, took over the top spot last January, and Collins stayed in an advisory role.

Collins has been with the firm since 1998.

State officials will host a fourth informational session Thursday on Zoom regarding plans to build a secure forensic hospital next to the existing New Hampshire Hospital.

The session begins at 6 p.m.

The current capital budget calls for building the 24-bed unit.

Kevin Landrigan is State House Bureau Chief for the New Hampshire Union Leader and Sunday News. Reach him at klandrigan@unionleader.com.