You are the owner of this article.
Edit Article Add New Article
You have permission to edit this article.
Edit
Home
News
Sports
Voices
NH Life
Opinion
Obituaries
Jobs
Autos
Homes
Classifieds
Announcements
Public Notices
Share This
SPONSORED BY
1 of 3 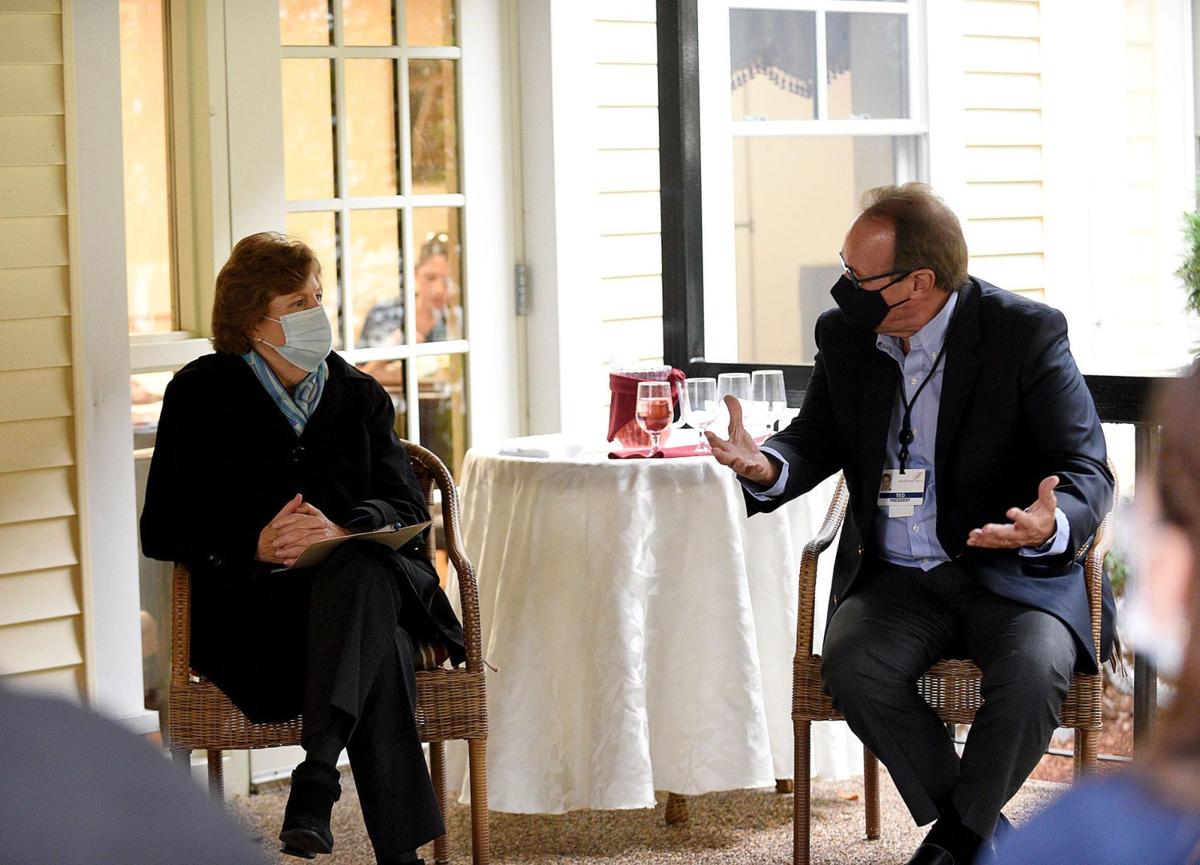 Above, Sen. Jeanne Shaheen (D-NH) speaks with Ted Lee, president of Hanover Hill Health Care, on the effects of COVID-19 on nursing homes during a visit to the Manchester facility on Friday. At left, Brendan Williams, of New Hampshire Health Care Association, speaks at Friday’s roundtable. 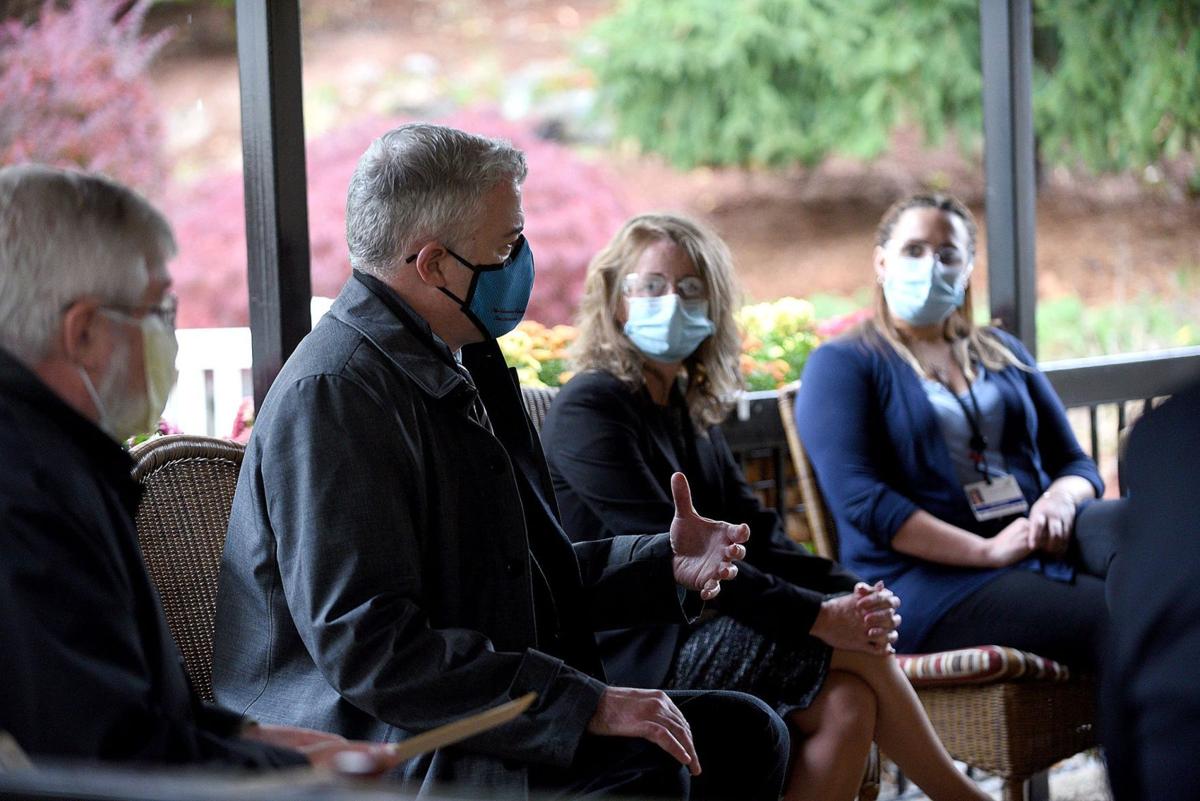 Brendan Williams of NH Health Care Association speaks at a meeting with Sen. Jeanne Shaheen (D-NH) on the effects of COVID-19 on nursing homes at Hanover Hill Health Care in Manchester on Oct. 16, 2020. 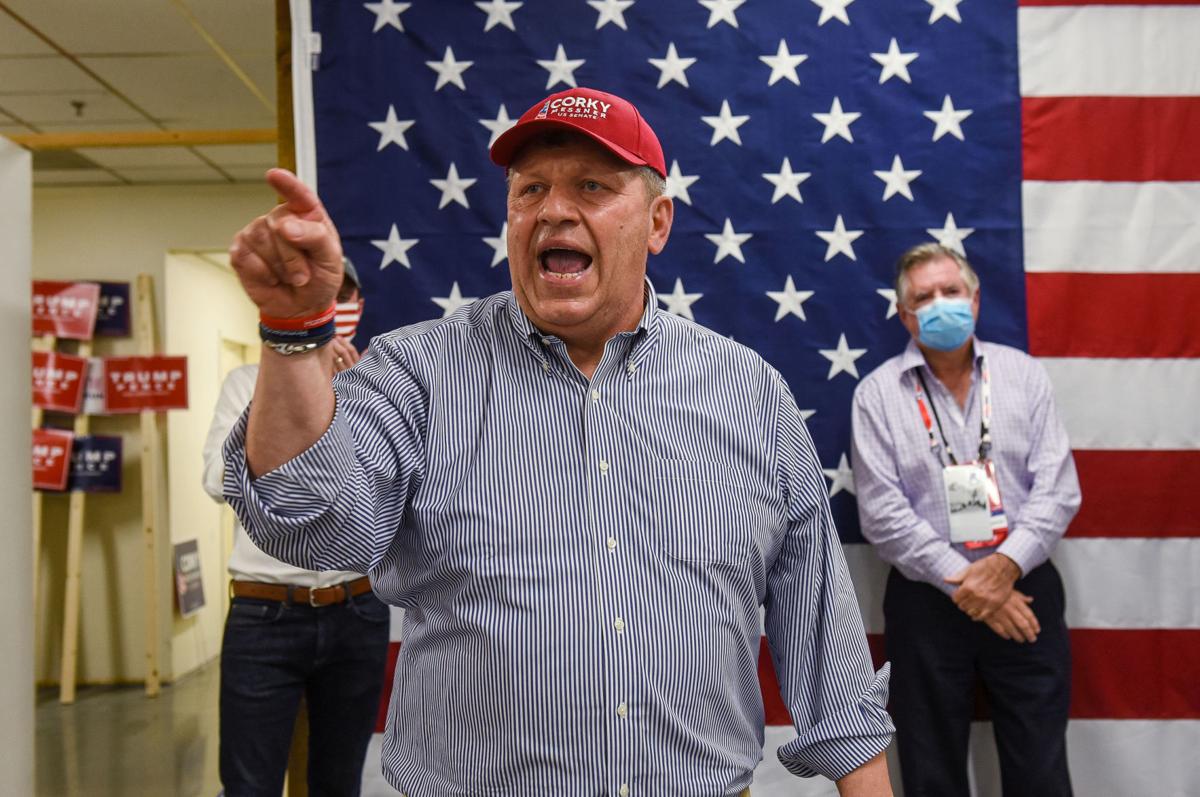 Corky Messner talks to volunteers at the Trump for President Campaign Headquarters in Manchester on Aug. 25, 2020.

The perception that nursing home work is dangerous because of the coronavirus, coupled with persistently low pay, has made it harder to hire caregivers for New Hampshire’s oldest and most vulnerable.

If just a few people quit, Cahoon said, that could mean an entire shift is gone.

“If I lose three or four staff, I can’t function,” Cahoon said.

A Merrimack facility closed over the summer because of a shortage of staff, he said. With too few staff, Cahoon explained, they could not bring in more residents — and lost too much revenue.

“Our association has heard of other homes that are on the brink of closing,” Cahoon said.

“We were in crisis before the pandemic hit,” said Tom Blonski, president and chief executive officer of Catholic Charities NH, which runs six long-term care facilities around the state. “I see this industry slowly dying on the vine.”

Blonski said nursing homes and assisted living facilities that accept Medicaid, the health insurance program for the poor and disabled, face particular challenges because Medicaid in New Hampshire reimburses nursing homes at one of the lowest rates in the country.

Stores and restaurants have has raised pay beyond what a Medicaid-accepting nursing home can afford to pay staff.

The money sent by the federal government directly to nursing homes could not be spent on staff, Shaheen said.

“The help from the CARES Act was not as helpful as it should have been,” she acknowledged.

Shaheen backs a bill sponsored by Sen. Bob Casey (D-Pa.) that would provide $20 billion for nursing homes across the country to pay staff, to be spent on staff and investments in facilities.

In a statement, Shaheen’s opponent, Republican Corky Messner, said he agreed nursing homes were in critical need of funding.

“The need is too great, so I will support any package, great or small, and work across party lines to build on those first-step aid packages to provide a steady stream of aid,” Messner said.

Williams told Shaheen on Friday that nursing homes will need more help in the months ahead.

He said he worried nursing homes and assisted living facilities will close, or be sold to owners who are more concerned with profits than care.

For Pat Ramsey, the owner of the Edgewood Centre assisted living facility in Portsmouth, the pandemic and ensuing financial problems feel like her life’s work has been wiped out.

“Thirty-five years of work has just gone down the tubes,” Ramsey said.

The only televised debate in the U.S. Senate race turned ugly Tuesday night, with both U.S. Sen. Jeanne Shaheen, D-NH, and Republican rival Bryant “Corky” Messner of Wolfeboro accusing each other of lying about their views on COVID-19, abortion rights and national security.

BRUSSELS - The NATO military alliance is considering a summit in March in Brussels to welcome a new U.S. president if Democrat candidate Joe Biden wins, diplomats and officials said, with a gathering in the first half of next year if Donald Trump is reelected.