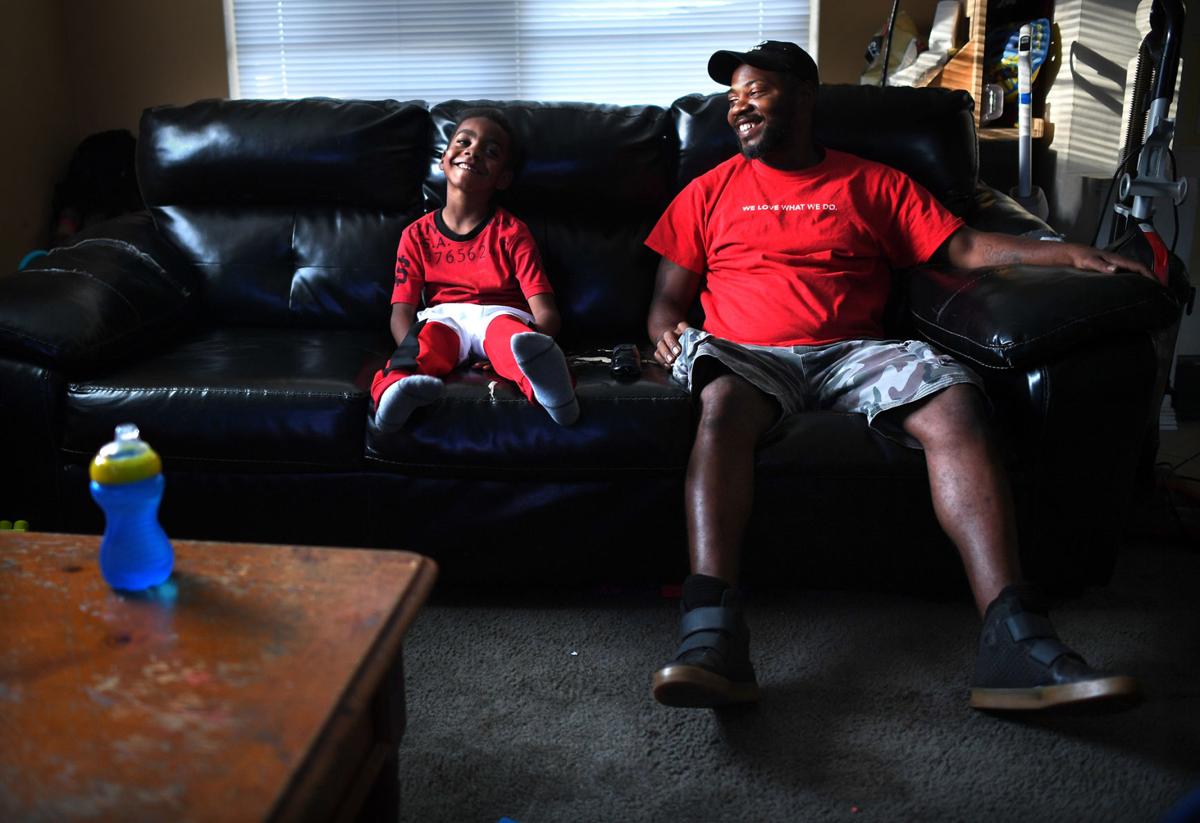 Curtis Bryant Jr., who could benefit from Amendment 4, spends time with his son, Curtis Bryant III, 6, at their home in Orlando, Fla. 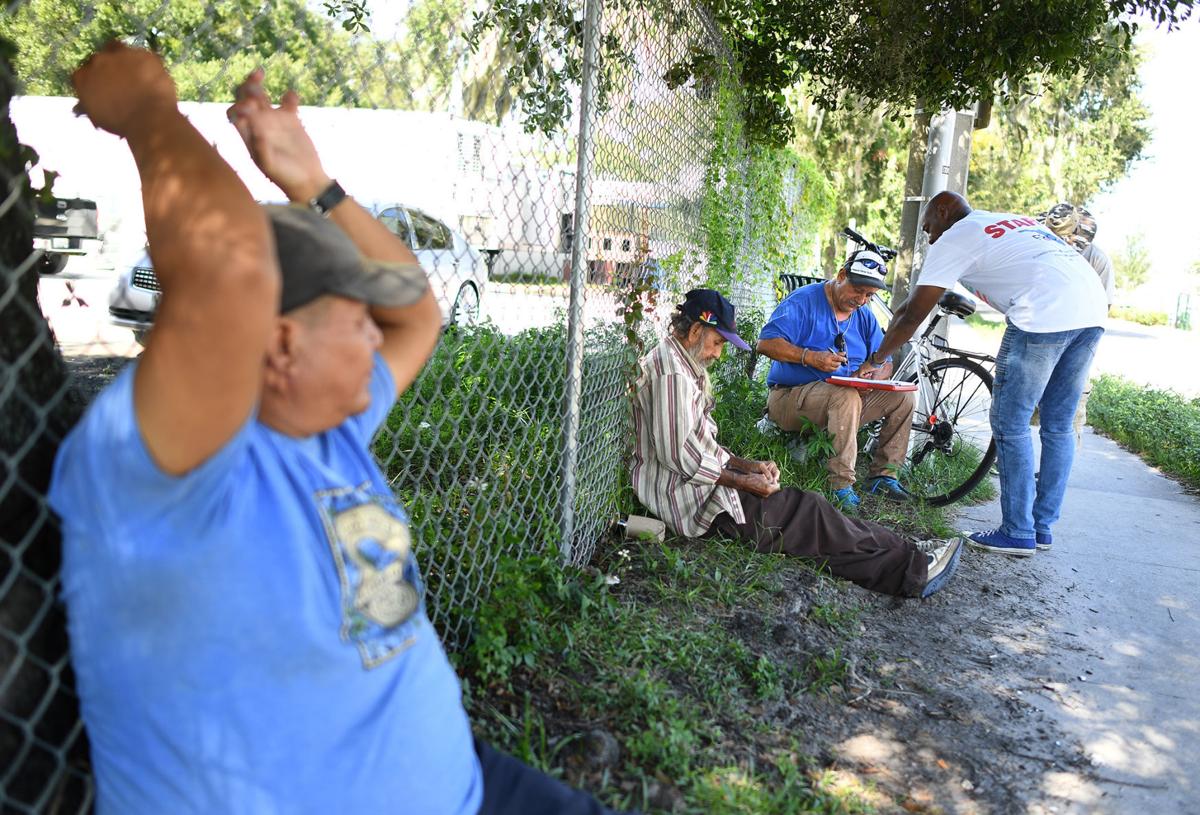 ORLANDO, Fla. — Curtis Bryant Jr. has an evening routine — he scrolls through the television channels, stopping briefly for headlines on a local station before flipping to the national news.

There’s the back-and-forth impeachment drama and all-too-familiar segments about people working full-time jobs yet struggling to make ends meet. And, since the mass shooting at the Pulse nightclub, a short drive from his home, he’s paid close attention to the fight over gun control.

Bryant, 38, says he is more engaged in social and political issues than ever before and that he’s counting down the days until next year’s elections.

“It’s something I never thought of before, when I was running them streets,” said Bryant, who served nearly a decade in prison for selling crack cocaine. “Voting is my voice. It’s a voice I’ve never used, but I’m ready.”

Bryant is among the roughly 1.4 million Floridians who had their voting rights restored last year by state voters through a ballot measure, known as Amendment 4, that cast a national spotlight on the disenfranchisement of felons, even long after they served their sentences.

But within months, the state’s Republican-controlled Legislature acted to limit the effect of the initiative — passing a measure to allow voting only by formerly incarcerated felons who have paid off all court-imposed fees, which in some cases amount to tens of thousands of dollars.

Voting rights advocates say the action undermined the will of the people and in effect created a “poll tax,” harking back to the Jim Crow-era laws that used voting fees as a way to suppress blacks from casting ballots.

“For far too many individuals, access to the ballot is determined by their ability to pay,” Danielle Lang, senior legal counsel at the nonpartisan Campaign Legal Center, said.

Last month, a federal judge issued a preliminary injunction, pausing the legislation until early next year. Activists fear that confusion over the state of the law could keep former felons like Bryant, who makes an hourly income that is just enough to cover monthly bills, from registering to vote.

And despite the uncertainty, one thing seems clear: The state has rejuvenated debate over who should be eligible to vote before the looming presidential race and competitive Senate contests nationwide.

While only Maine and Vermont allow felons still in prison to cast ballots, most states, including California, automatically restore people’s rights after they have left prison and complete probation or parole, which can take several years. Eight of those states require freed felons to pay all court fees before voting.

In New Hampshire, incarcerated felons lose the right to vote. “But the minute that they’re released from prison, …. they are then eligible to vote,” explained David Scanlan, deputy secretary of state.

And, he noted, “Anybody who’s in prison because of a misdemeanor or an offense that is less than a felony can vote by absentee ballot from prison.”

In addition, Scanlan said, if someone is convicted of a felony violation of election laws here, he can permanently lose the right to vote here. That’s what happened to a 77-year-old Atkinson man who was recently convicted of a felony after he admitted to casting ballots both in Florida and in New Hampshire in 2018.

Three states, Iowa, Kentucky and Virginia, do not allow those who have completed prison sentences to vote unless the governor personally intervenes in individual cases.

Iowa’s Republican Gov. Kim Reynolds recently announced her support for a ballot measure that would allow ex-felons the right to vote in her state. In Arizona, one of eight states requiring fee payments, lawmakers recently passed a measure allowing formerly incarcerated convicts to vote without having finished paying up if it’s their first felony offense.

Nationwide, 10 million people owe more than $50 billion in fines and fees related to criminal convictions, according to a report released in July by the Campaign Legal Center and Georgetown Law’s Civil Rights Clinic. A recent national report, a collaboration of nearly two dozen community-based organizations across the country, found that former felons and their families in 14 states on average owed $13,600 in court fees and fines.

“These financial obligations can be cruel and cynical,” said Leah Aden, deputy director of litigation for the NAACP Legal Defense and Educational Fund, one of several groups to file a lawsuit against the Florida legislation. “This practice disproportionately impacts black Floridians.”

Like Bryant, more than 4 in 10 people released from Florida prison since 2017 are black. Before Amendment 4 was approved, 10% of Florida’s adults — and nearly a quarter of the adult African American population — couldn’t vote. In Florida, felony convictions usually result in a minimum of about $698 in court costs and fees, Lang said, but can be much higher.

Beverlye Colson Neal, 72, president of the local NAACP chapter that includes Orlando, said members of her family were not allowed to vote until the federal Voting Rights Act of 1965 passed; and even then, states and counties found loopholes to suppress the black vote.

“There’s pain,” she said, alluding to when blacks were kept from voting.

For Bryant, who hopes to soon cast his first ballot, voting was once far from his mind.

Bryant was raised by his grandmother and after she died in the late 1990s, the teenager needed a quick way to support himself. He started selling crack cocaine on the streets of Orlando and, soon after his 18th birthday, was arrested and charged with possessing and selling drugs, a nonviolent felony.

He served his time at a state prison in rural Florida and not long after his release, Barack Obama won the 2008 presidential election. Bryant says that he and a friend drove 13 hours north to stand in frigid temperatures and watch the inauguration on the National Mall.

“The joy on people’s faces was something I envied,” he said. “It was clear they took part in history.”

That moment stayed with him. In 2009, he was hired by an events marketing company, where he now works in the warehouse, taking inventory of supplies. He supports a family of five, he says, on an $18-per-hour salary.

Primary latecomers Bloomberg and Patrick will need to catch fire

CONCORD — If history is a guide, the late entrance of a mega-billionaire and a former Bay State governor seeking the Democratic nomination is …

House, Senate get organized for 2021 session

Newly elected state lawmakers meet for the first time Wednesday in the same way their predecessors have done since the global pandemic hit New Hampshire —off the State House grounds in a big enough collegiate venue to accommodate its 424 members.