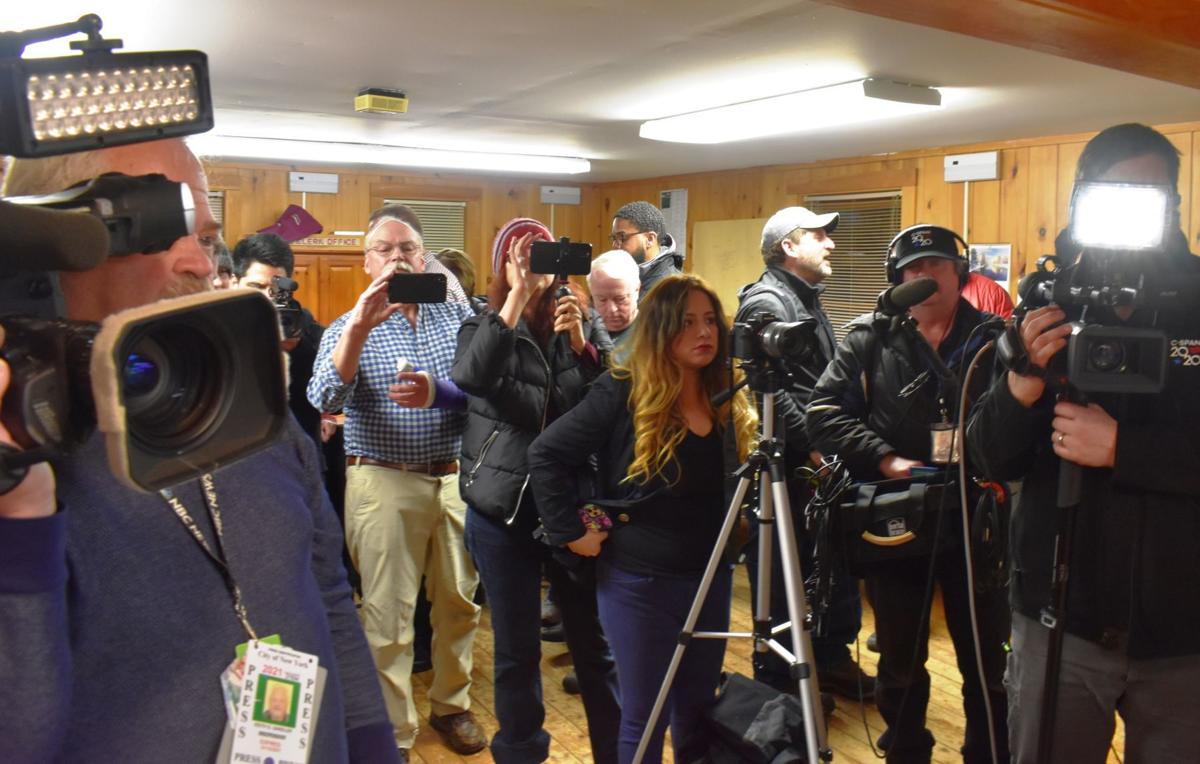 The media was well represented during the midnight presidential-primary vote in Hart’s Location. 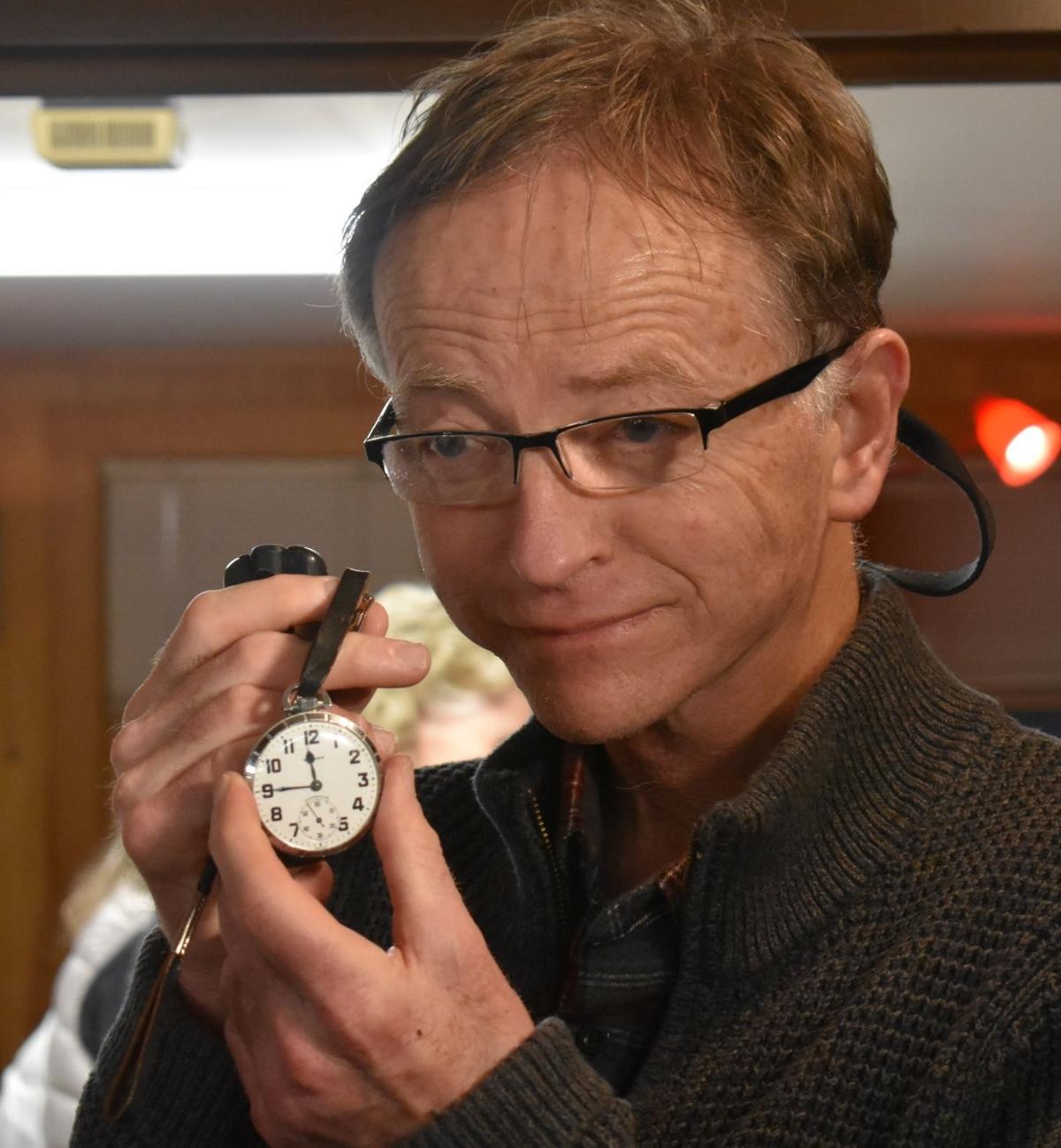 Tom Eastman, the official chronologist of the 2020 Hart’s Location presidential primary, shows that there’s only 15 minutes left before voters can cast ballots.

Bloomberg also received a write-in vote from a Dixville Republican.

In Millsfield, an unincorporated place southeast of Dixville, Klobuchar received two votes to one each for Sanders, former Vice President Joe Biden and Buttigieg. On the GOP ballot, Trump received 16 votes to one for former Massachusetts Gov. Bill Weld.

Mark Dindorf, who chairs the Harts’ Location Board of Selectmen and has been an elections official for more than 20 years, said 2020 was “the first time I recall having a couple satellite trucks here,” referring to the vehicles that book-ended the Town Hall, providing a live connection to various broadcast media.

Over that time, the primary has produced some interesting legacies, among them a law that allows communities with fewer than 100 people to open polls at midnight for presidential primaries and general elections and to close the polls as soon as all registered voters have exercised their franchise.

He said the “real story” of midnight voting is “mustering 100 percent of the electorate.”