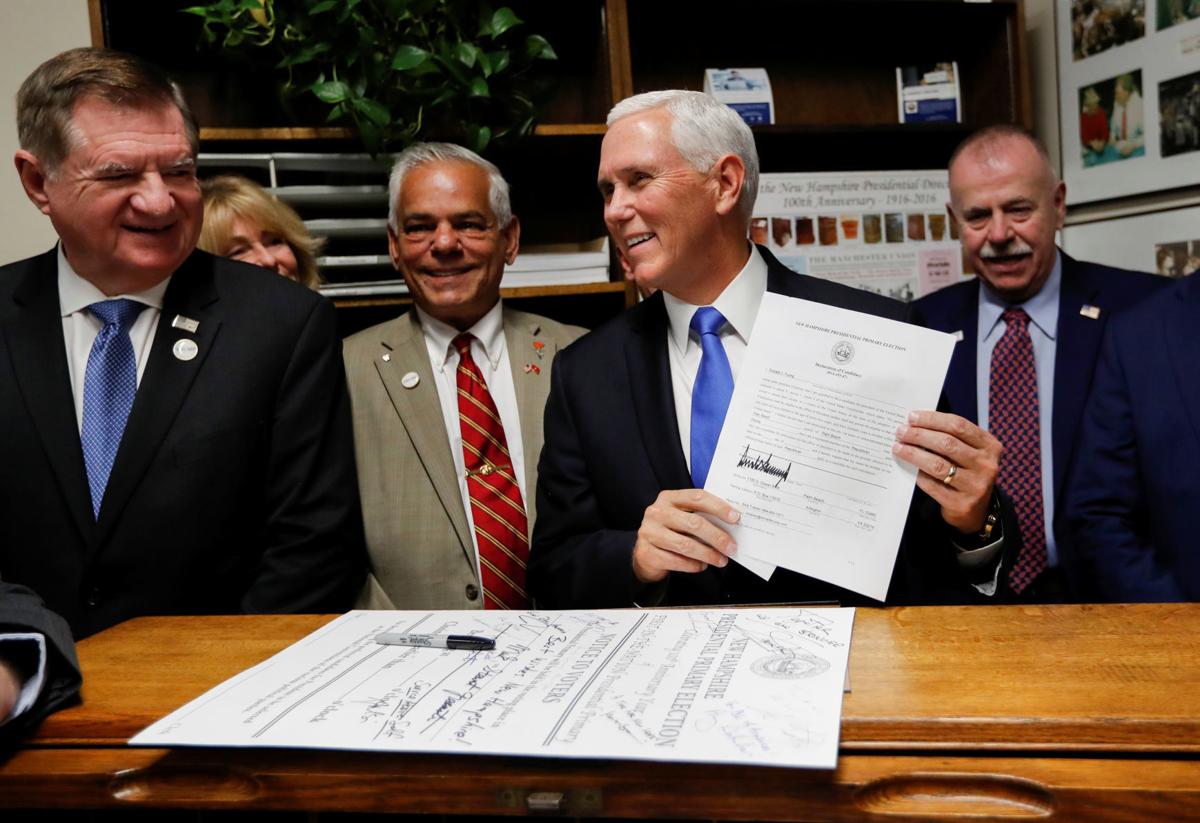 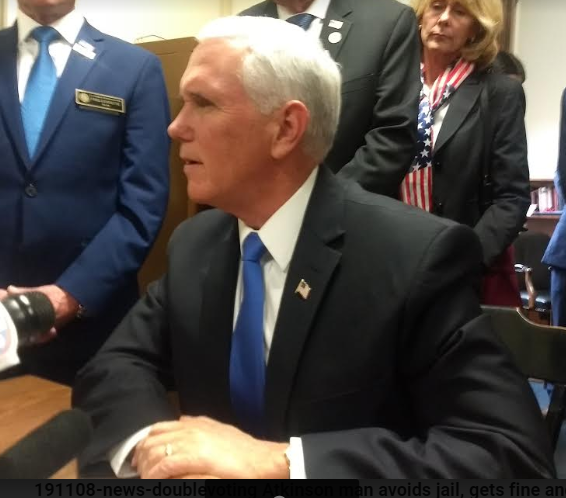 Vice President Mike Pence handles questions on impeachment and the state’s first-in-the-nation tradition after he signed up for President Trump to appear on the 2020 primary ballot.

Vice President Mike Pence handles questions on impeachment and the state’s first-in-the-nation tradition after he signed up for President Trump to appear on the 2020 primary ballot.

“In all of my discussions with President Zelensky, we focused exclusively on President Zelenskiy’s efforts to end corruption in Ukraine and also to solicit more European support,” Pence said.

Pence was in New Hampshire Thursday to file papers signed by Donald Trump to put the President’s name on the first-in-the-nation primary ballot. The vice president then took questions from New Hampshire political reporters.

As Pence was speaking in the Granite State, Jennifer Williams, one of his aides, was on Capitol Hill responding to a subpoena and appearing before a House committee hearing looking into whether to pursue impeachment charges against Trump.

Williams was one of the staffers listening in on the July call Trump had with Zelenskiy that is at the heart of the impeachment investigation.

“The American people have the transcript of the President’s call and they can see there was no quid pro quo and the President did nothing wrong,” Pence said in Concord.

“Look, what is going on in Washington, D.C., today is a disgrace. Behind closed doors there is a so-called impeachment inquiry that I think the American people know is a partisan impeachment, the latest effort by Democrats to try and overturn the results of the 2016 election,” Pence said.

On other subjects, Pence would not say whether he would campaign for former Attorney General Jeff Sessions, who is expected to seek his old U.S. Senate seat in Alabama.

The New York Times reported Wednesday that Trump called Sessions and warned he would oppose his Senate bid.

Trump was a harsh critic of Sessions as attorney general. He called Sessions one of his worst appointments after Sessions disqualified himself from the independent counsel’s investigation into Russian interference in the 2016 election.

“We will let the people of Alabama make that decision,” Pence said.

“Nothing Pence says today can erase the truth. In 2016, Trump promised the world to Granite Staters. In the three years since, he hasn’t delivered anything but a trail of broken promises,” Buckley wrote in a statement.

Pence refuted claims that senior officials believed he would support the 25th Amendment to remove Trump from office after the President fired FBI Director James Comey.

“I never heard of any discussion during my entire tenure as vice president of the 25th Amendment, and why would I?” Pence asked rhetorically.

He condemned the anonymous source.

Pence said he’s not taking sides when it comes to South Carolina’s decision to cancel its Republican primary in 2020.

“I think that’s a decision for every state to make. I know there is a long tradition when there is an incumbent President who is going to file that states decide not to go forward with the expense of a primary,” Pence said. “We respect that and we see it as an affirmation of the President’s record, his leadership and the overwhelming support President Trump has among Republicans and frankly all over this country.”

Former South Carolina Gov. Mark Sanford is among Republicans mounting a primary challenge to Trump. Sanford’s campaign has yet to say when he will turn in his candidacy papers.

Among the crowd of Trump-Pence supporters who turned out just after dawn Thursday to greet the vice president were the inner circle of Trump’s New Hampshire 2016 campaign, including former national campaign manager Corey Lewandowski of Windham, co-chairmen Steve Stepanek of Bristol and Fred Doucette of Salem and state Rep. Al Baldasaro, R-Londonderry, who was a campaign adviser on veterans issues.

“We look forward to going through the Granite State again and again as we carry our message forward,” Pence said. “The President wanted me to send you his regards.”

CONCORD — Democratic presidential candidate John Delaney reflected Monday on why he remained mired in the back of the pack after having campaigned here longer and more frequently than anyone else.

With candidates in Iowa and D.C., NH campaigns turn to volunteers to spread message

CONCORD — About 30 ardent supporters of Sen. Elizabeth Warren gathered in a low-ceilinged campaign office one evening last week to bone up on some of Warren’s policy proposals at a “night school.”