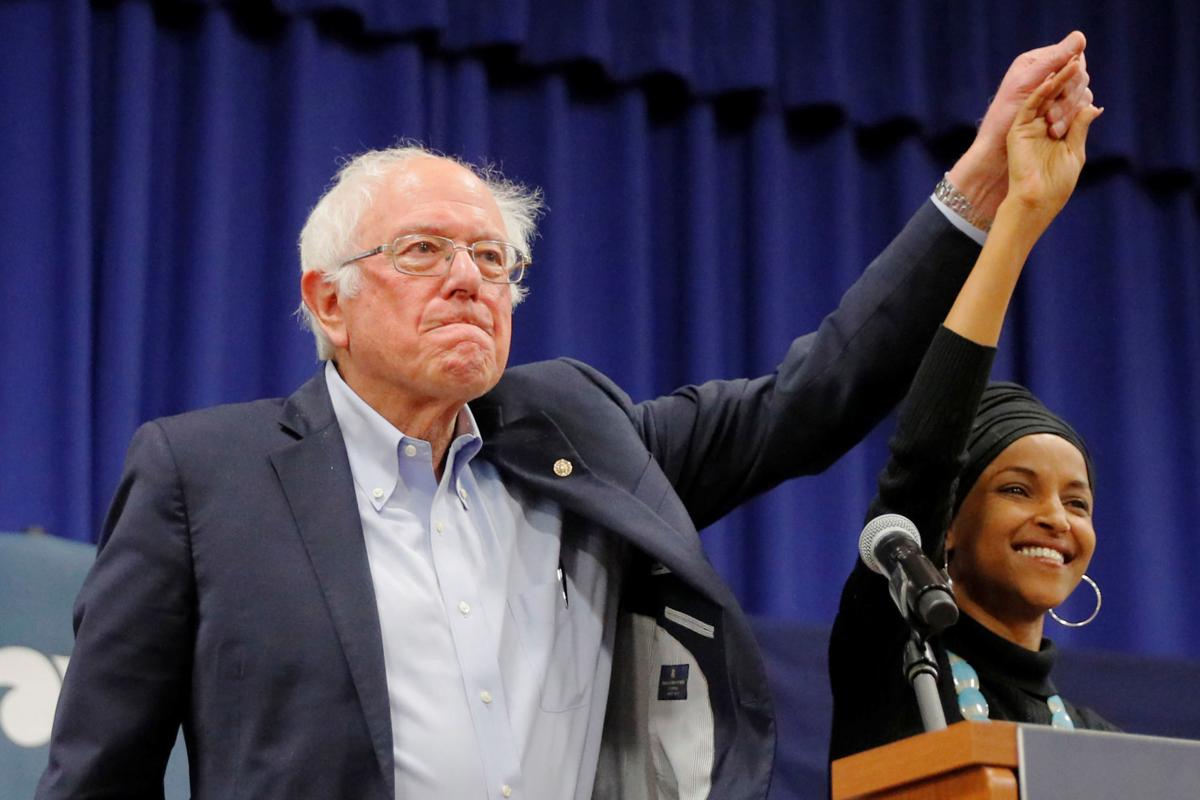 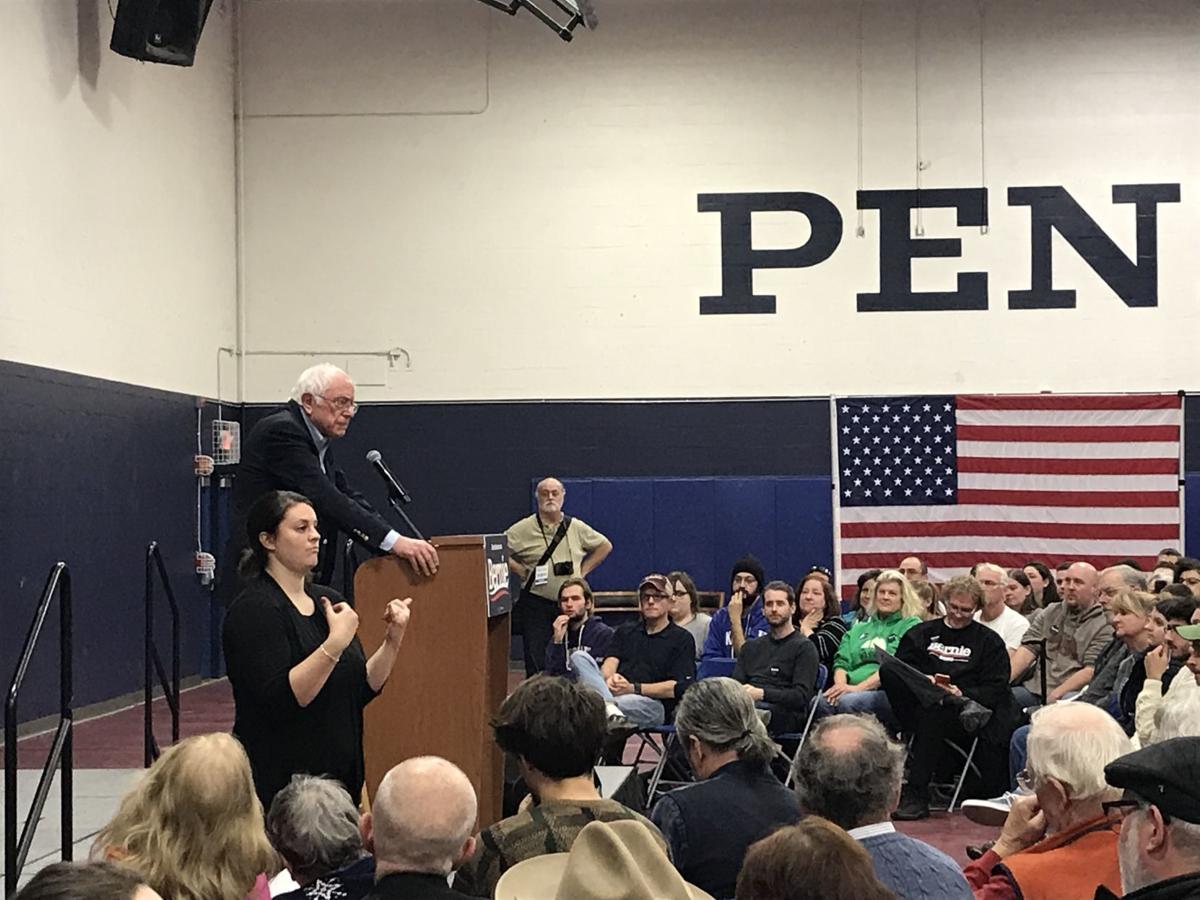 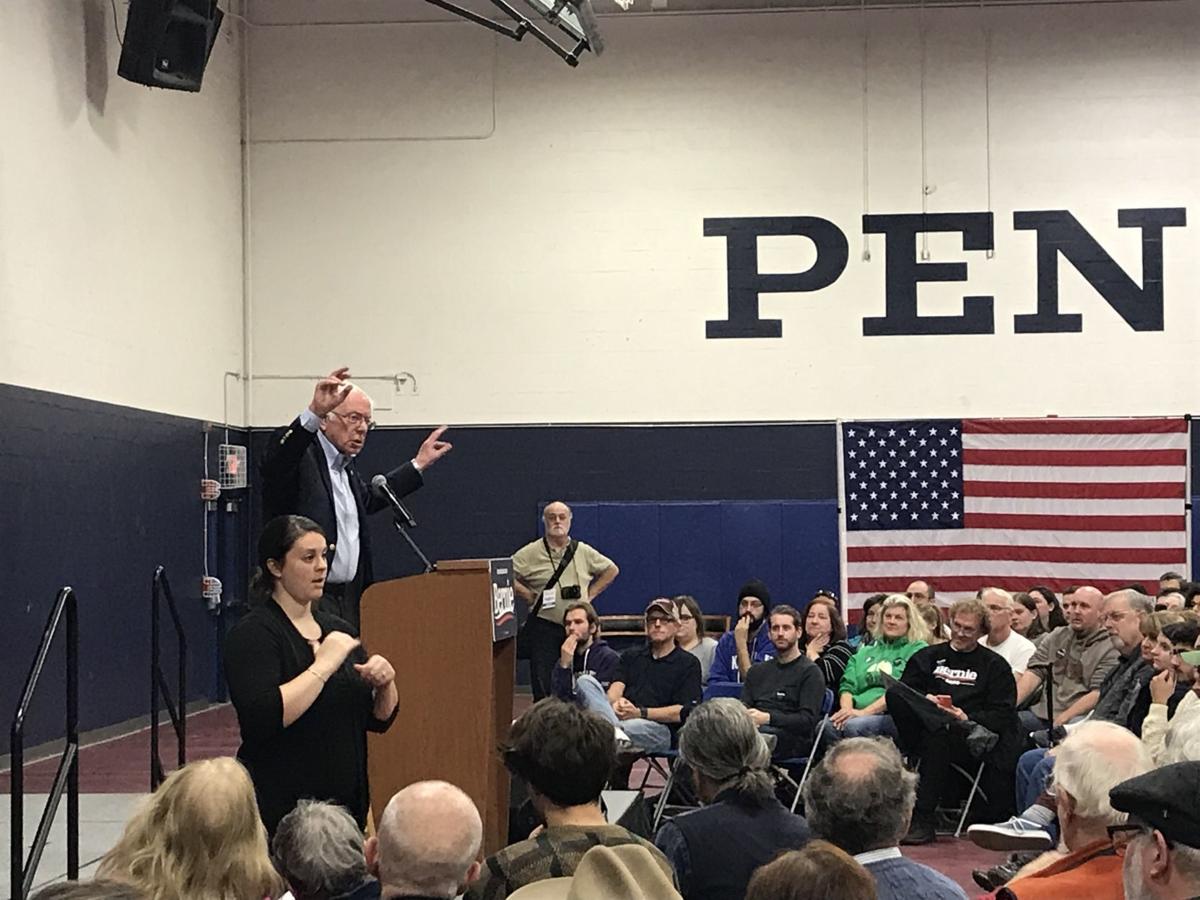 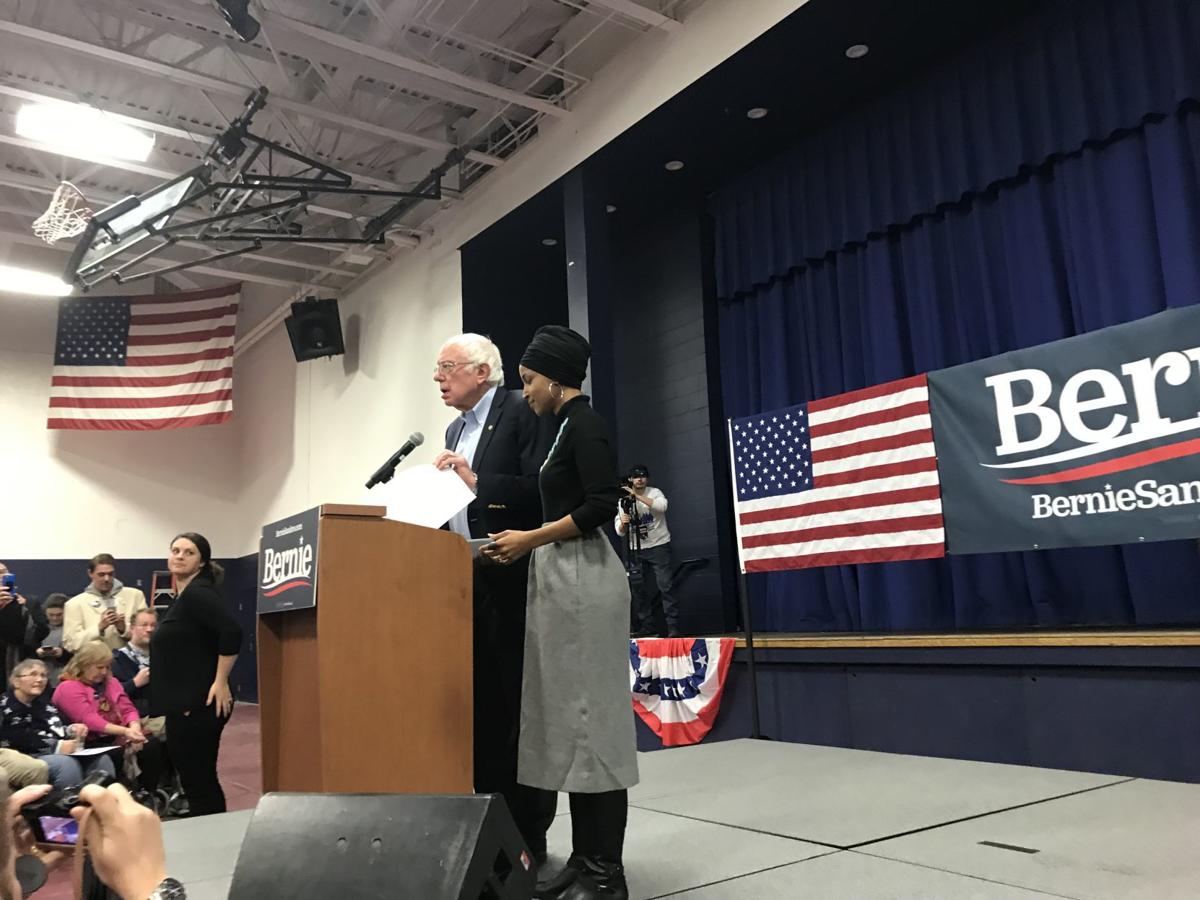 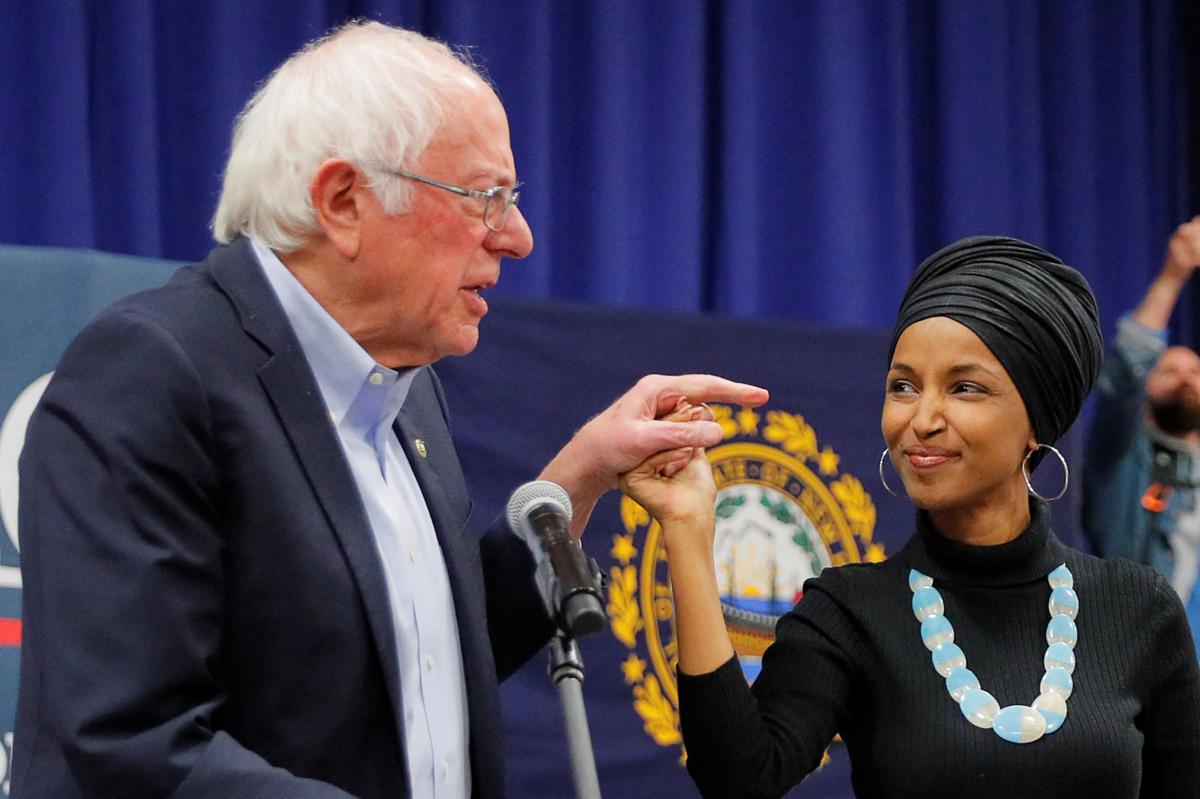 “I’m running for President to work with you and millions of Americans to transform this country, and create a government and an economy that works for all, not just the one percent,” the Vermont independent said at a rally Friday at the Southern New Hampshire University fieldhouse.

For the approximately 300 supporters in the gym, this familiar message was exactly what they came for, the message that has kept Sanders’ base of supporters strong amid the large field of candidates for the Democratic nomination for president, to run against President Donald Trump.

Supporter Lucy Wyman of Lancaster said she likes how Sanders’ message has been consistent through the years.

“The thing about Bernie is he’s always the same,” she said. “He’s just consistent. There’s no other candidate that compares to him in that regard.”

One new element on this swing through to New Hampshire was first-term Minnesota Congresswoman Ilhan Omar, one of the first two Muslim women elected to Congress. Omar, who endorsed Sanders in October, joined him for three campaign stops in New Hampshire on Friday.

Omar introduced Sanders with an energetic speech, playing with the “radical” label that has been applied to both her and Sanders.

“If believing 500,000 Americans should not be forced into medical bankruptcy every year is radical, then we’re proud to be radical,” Omar said.

“Being radical means you believe in the idea that politics can be a vehicle of bringing joy into people’s lives,” she said. “It’s because of my radical love for our country that we are here today.”

When he walked onto the stage, Sanders spoke about the need for ambitious policies.

“I wish I could tell you we could do a little bit of tinkering around the edges,” he said. “But if I told you that, it would not be true.”

He contrasted the presidential race and the money involved in winning it with New England’s town meeting tradition. “Billionaires do not control what happens: it’s one person, one vote,” he said.

Sanders promised to push for a $15 federal minimum wage, pledged to create 20 million jobs repairing infrastructure and said he would spend $16.7 trillion over 10 years to stave off the worst effects of climate change. He called for immigration reform that would give undocumented immigrants a path to full citizenship, for the ban of assault-style firearms and for billions of dollars of investment in renewable energy.

All of it is possible, Sanders told his supporters, if he is elected President.

“Brothers and sisters, there is nothing this campaign can’t accomplish,” Sanders said, “if we stand together and don’t allow Trump to divide us.”

GOFFSTOWN — Something Sen. Elizabeth Warren wanted to make clear here Thursday is that half-measures will not help American workers or fix a b…

“Who can defeat the President of the United States and not just in theory, but in reality?” said Kerry.

Buttigieg dials up some 'Straight Talk' for weekend bus tour

ROUTE 101 — On a gently swaying tour bus reeking of Buffalo wings, with a dozen reporters jostling for sound bites, Pete Buttigieg, the 37-yea…

DES MOINES, Iowa - The mystery of what presidential rivals Elizabeth Warren and Bernie Sanders said to each other in a heated exchange after Tuesday night's Democratic debate has been solved, with debate host CNN revealing that Warren accused Sanders of calling her a liar on national television.