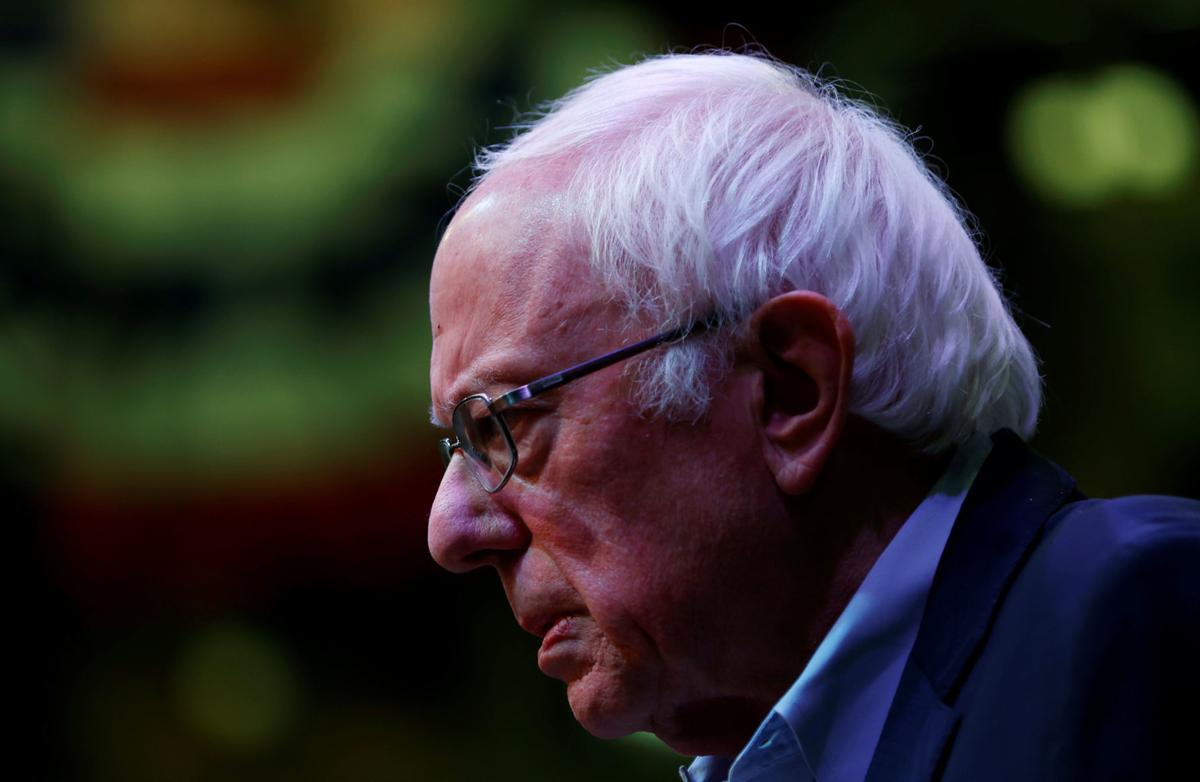 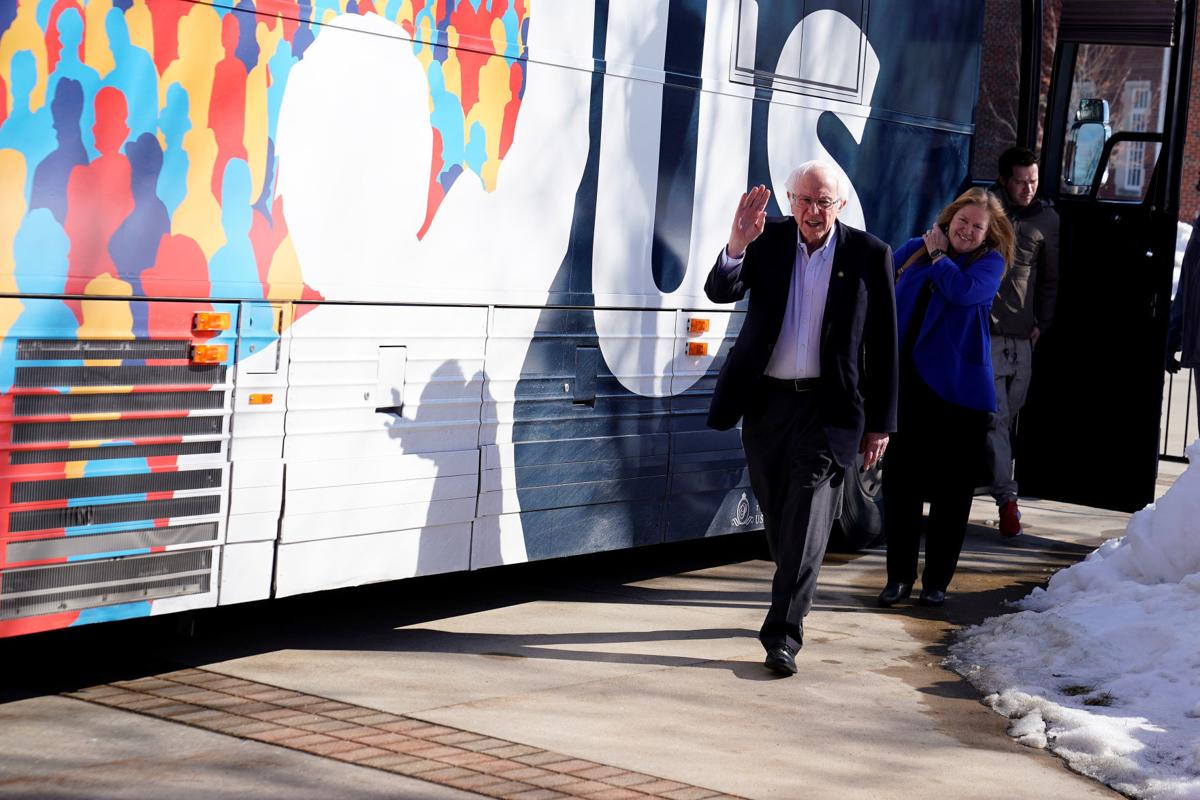 DES MOINES, Iowa — With Sen. Bernie Sanders gaining traction, his rivals for the presidential nomination and other top Democrats have begun aggressive efforts to slow the favorite of the party’s progressive wing, fearing he may become unstoppable and cost Democrats their shot at retaking the White House in November.

There are risks, however. The attacks may backfire by galvanizing Sanders’ fervent supporters, who embrace him precisely because he is an anti-establishment figure.

The result is that days before voting in the 2020 race kicks off with Monday’s Iowa caucuses, Democrats are turning their fire inward just as President Donald Trump is enduring an impeachment trial in the Senate.

Pete Buttigieg, the former mayor of South Bend, Ind., stokes anxiety about a Sanders victory in a plea for donations. Former Vice President Joe Biden throws shade in a new Iowa ad saying, “This isn’t the election to take a risk.” Third Way, a centrist Democratic group, sent a panicky memo to hundreds of Iowa Democrats warning against a Sanders nomination.

In one of the most assertive moves, a Democratic political action committee is airing a statewide TV spot questioning Sanders’ ability to beat Trump and raising the issue of his health by reminding viewers of the 78-year-old candidate’s heart attack in October.

“Iowa is a vital choke point,” said Mark Mellman, a veteran Democratic strategist who produced the ad but is not allied with any 2020 candidate. “If he wins Iowa, he wins New Hampshire, then very likely wins Nevada,” Mellman added, naming the first three states to vote. “He’d be very hard to stop at that point.”

The efforts come as a relief to some in the party who have nervously watched Sanders’ ascendance in recent weeks. But the Vermont independent and his allies immediately pushed back, seeing the attack from a business-friendly group like Third Way as an opening to reinforce Sanders’ core message.

“It’s no secret that our campaign is taking on the political establishment and the big-money interests, who are now running negative ads against us in Iowa,” Sanders said in a video released Tuesday. “The billionaire class is getting nervous and they should.”

Nina Turner, Sanders’ campaign co-chairman, responded on Twitter to the signs of a stop-Sanders movement: “We have always known this would be the play. Stay fierce & stay focused. Keep your eyes on the prize. First goal post is Iowa.”

Clear evidence of the potential for Sanders to be strengthened, not weakened: His campaign announced Wednesday it raised $1.3 million in a single day after the ad surfaced.

The mounting attacks come as Sanders has risen steadily in polls in Iowa and New Hampshire, which holds its primary eight days after Iowa’s caucuses. His gains have been largely at the expense of his ideological soulmate, Massachusetts Sen. Elizabeth Warren. Sanders has also opened a significant polling lead in delegate-rich California, although Biden remains the leader in national surveys.

Third Way’s attack on Sanders focused not on the group’s many policy disagreements with Sanders, but on the electability question that is on the mind of voters across the ideological spectrum. “If Bernie Sanders becomes the nominee, Trump’s odds of winning a second term go up dramatically, which is why Team Trump has labeled him their ‘ideal’ nominee,” its memo said.

The ad against Sanders was produced by a super PAC associated with the Democratic Majority for Israel, although the ad says nothing about his views on the Middle East. It features five Iowa voters who raised concerns about whether he could win — including one concerned about his health and another worried that his views were too far left to win swing states that cost Democrats the election in 2016.

“I like Bernie. I think he has great ideas. But Michigan, Pennsylvania, Iowa — they are just not going to vote for a socialist,” said one voter.

Sanders supporters point to a large number of surveys that show him outpolling Trump. And they offer their own theory about what it will take to beat him: Not a tack to the center to win back moderate Trump voters, but a progressive agenda to attract new ones.

For months Sanders’ rivals did not take him on directly, in part because they believed his chances of winning were remote. But while other candidates have waxed and waned in the polls, Sanders’ support has remained steady.

Rival candidates have trod carefully around Sanders because they would want the support of his energetic army should they win the nomination. Many Democrats believe that pro-Sanders voters’ turnout for Hillary Clinton in 2016 was diminished after their bitter primary fight, given a perception the contest was “rigged” against him.

Also inhibiting rivals: some of Sanders’ most ardent backers are notoriously vicious when they counterattack. After Warren wrestled with Sanders over a 2018 conversation — she claimed he said a woman couldn’t beat Trump; he called that a lie — she was brutally criticized on social media.

Biden put the focus on beating Trump in one of his closing television ads in Iowa. It makes the case that he is the best candidate to beat Trump and would best help down-ballot Democratic candidates. The screen fills with the words “This isn’t the election to take a risk,” with Trump in the background.

Rep. Ami Bera, D-Calif., co-chairman of House Democrats’ campaign committee, said he worried that having Sanders at the top of the ticket could hurt some of the many freshman Democrats whose victories in 2018 gave the party a House majority.

“For a lot of these vulnerable House members, it would make their reelection races exponentially more difficult and potentially put our House majority at risk,” Bera said.

Biden, asked Tuesday after a rally if he thought the party would unite behind Sanders if he was the nominee, said, “We have to. I’m not gonna make judgments now but I just think that it depends upon how we treat one another between now and the time we have a nominee.”

Warren has never wavered in her commitment to back whomever the party nominates. “Whoever the Democratic nominee is, I’m all in,” she recently told MSNBC.

LAS VEGAS -- The top six candidates competing for the Democratic nomination to take on President Donald Trump in November debated Wednesday night, with one quickly becoming the focus: Michael Bloomberg.