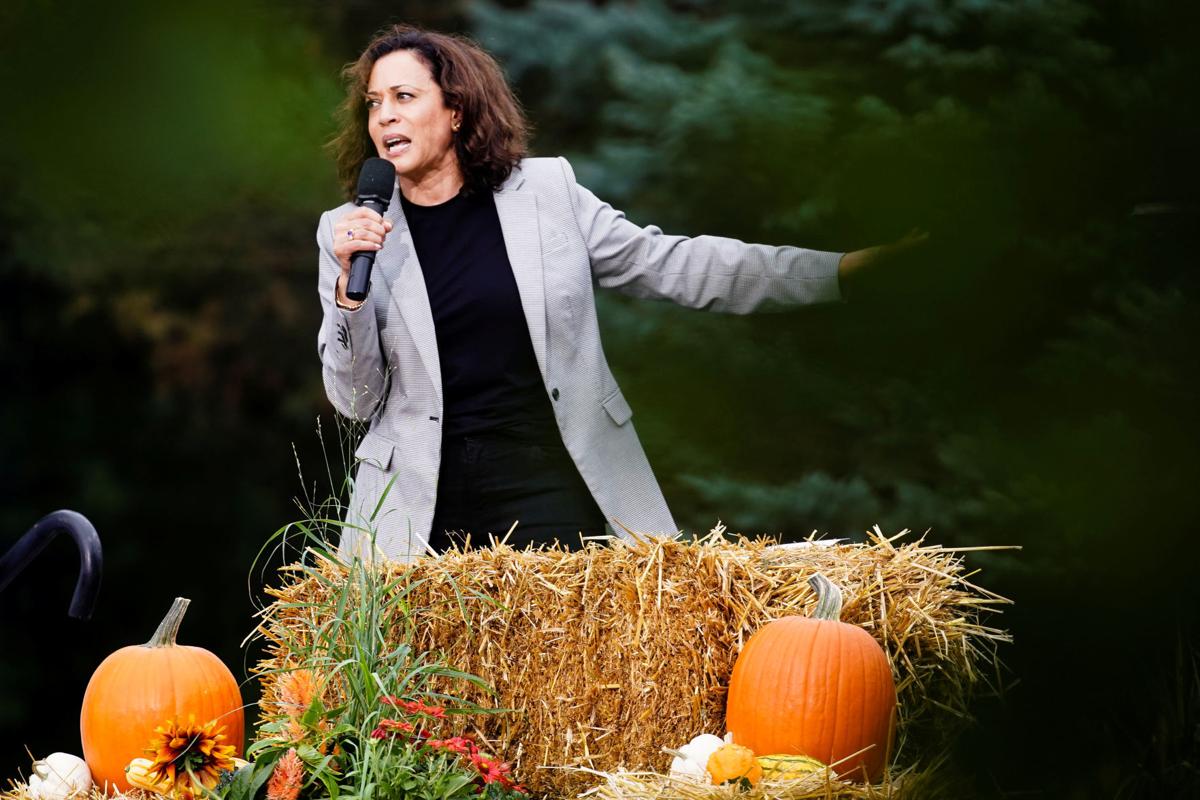 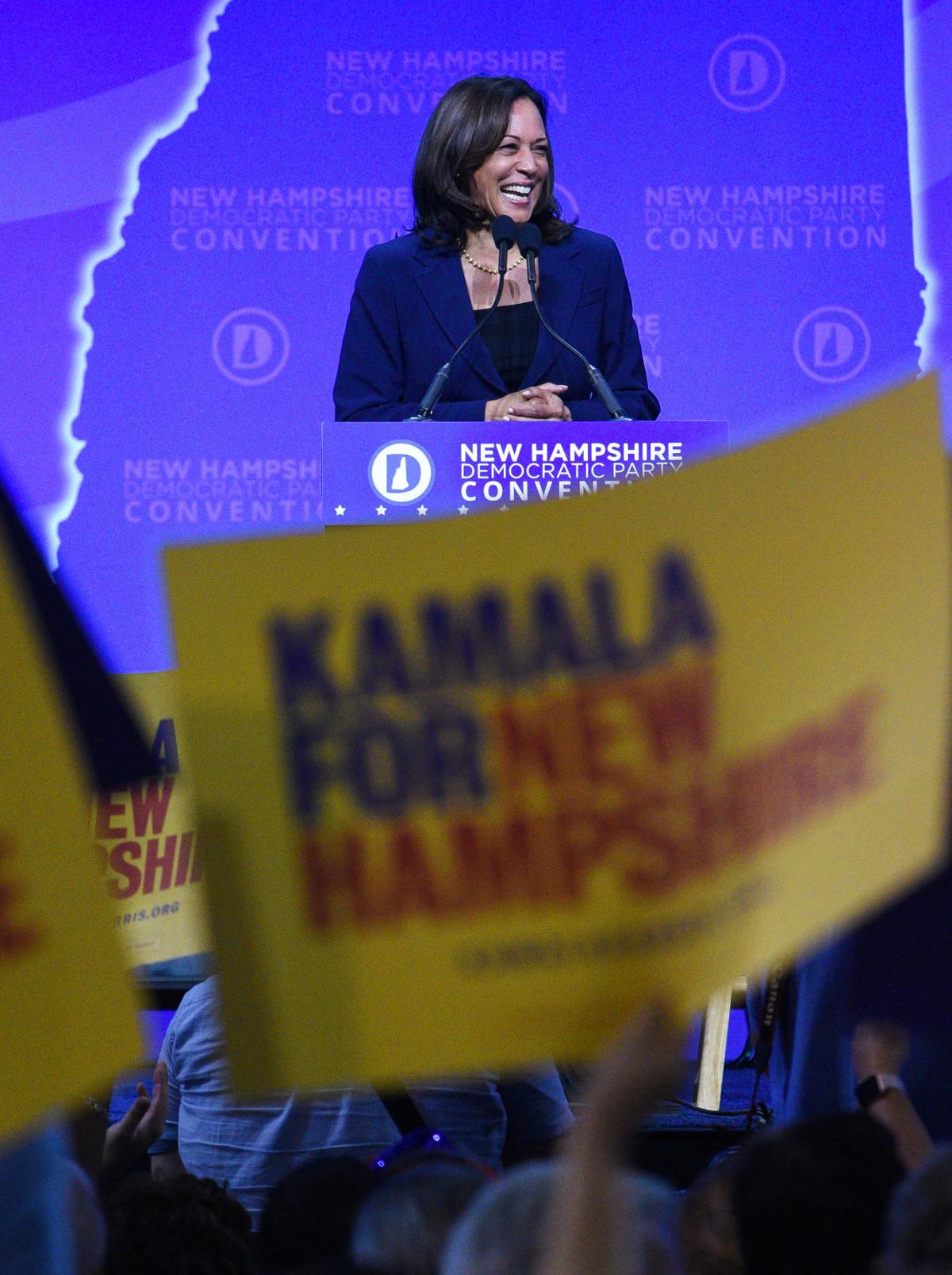 Had focused on Iowa

U.S. Sen Kamala Harris ended her 2020 presidential bid on Tuesday, abandoning a campaign that began with promise for a rising Democratic Party star but faltered as she struggled to raise money and make a compelling case for her candidacy.

Harris, 55, would have been the first woman and second black U.S. President if elected next November.

But her wavering views on how to solve the nation’s health care problems and whether to embrace her past as a prosecutor were among the missteps that dragged down the campaign after its launch last January.

“My campaign for President simply doesn’t have the financial resources we need to continue,” Harris said in an email to supporters on Tuesday.

“I’m not a billionaire,” she added in an apparent swipe at wealthy businessmen Tom Steyer and Michael Bloomberg, who are funding their own long-shot campaigns. “And as the campaign has gone on, it’s become harder and harder to raise the money we need to compete.”

Harris’ supporters in New Hampshire were surprised by the announcement Tuesday afternoon, though the New Hampshire campaign had laid off its field organizers, and was running with a skeleton staff in Manchester.

Ed Doyle, a Manchester teacher and staunch Harris supporter, said he valued the time he spent volunteering for the campaign. He thought Harris would be able to stay in the race longer, and was disappointed to see the Democratic slate get less diverse. He said he plans to start evaluating the remaining candidates later this month.

“There are other qualified candidates,” Doyle said. “Someone good will get nominated.”

Gray Chynoweth, a Manchester businessman and former candidate for executive council, had announced his endorsement of Harris in mid-November. For him, choosing another candidate to support would not feel like settling for a second choice.

“The best thing about this primary is there are so many great choices,” he said.

Harris’ withdrawal marked a sharp comedown for a candidate once portrayed as “the female Obama.”

Harris, a first-term senator from California and the state’s former attorney general, was considered a top-tier contender when she launched her quest for the presidency with a rally in Oakland that drew 20,000 people. A February rally in Portsmouth, N.H. attracted 1,500 people.

Her political advisers, including one of California’s most powerful consulting firms as well as veterans from Hillary Clinton’s 2016 presidential campaign, quickly arranged national television appearances, and her questioning of Trump administration appointees in U.S. Senate hearings cemented her image as smart and tough.

Harris posted her strongest showing in the Reuters/Ipsos public opinion poll after the first Democratic debate in June, during which she briefly shifted the conversation to race relations with a sharp critique of former Vice President Joe Biden’s record on racial integration in the 1970s.

But Harris could not maintain the momentum and was eclipsed by rivals in fundraising. She raised some $37 million — about $57,000 from New Hampshire donors, according to Federal Elecitons Commission records — just over half of what Sen. Bernie Sanders of Vermont has raised.

Her support among Democrats and independents nationally slipped from 10% in a June 28-July 2 poll to 2% in the latest Reuters/Ipsos poll that ran Nov. 20-22, falling from the third most popular candidate to sixth in that span.

She finished September with $9 million in cash, less than half of the nearly $26 million rival Massachusetts Senator Elizabeth Warren had on hand, according to campaign finance disclosures.

As Harris’ campaign was plagued with internal rivalries and public complaints by former staffers that her staff was being treated poorly, the candidate herself struggled to define who she was and why she would make a good president.

“She just hasn’t quite satisfactorily answered the ‘what makes you better than the other candidates’ question,’” said a longtime aide, who spoke on condition of anonymity.

Gil Duran, a former adviser who is now the opinion editor of the Sacramento Bee newspaper, said Harris was used to a California style of campaigning, where Democrats are elected fairly easily and splashy campaign events and slogans can carry the day.

“There’s not really a deep bench here,” Duran said. “But once you are on the national stage it becomes a lot more aggressive.”

Trying to straddle the divide between Democrats’ progressive and moderate wings, Harris instead failed to find her own identity, said Joel Payne, an African-American strategist who worked for Clinton in 2016.

“I think she probably ended up alienating both” camps, he said.

Biden did not answer when asked at a campaign event in Iowa on Tuesday if he would consider Harris as his No. 2 should he become the Democratic nominee.

Harris had qualified for the party’s next debate on Dec. 19 in Los Angeles. Other minority candidates still in the race have not yet met the polling and donor thresholds, meaning the stage could feature an all-white line-up.{/span}

DES MOINES, Iowa - The mystery of what presidential rivals Elizabeth Warren and Bernie Sanders said to each other in a heated exchange after Tuesday night's Democratic debate has been solved, with debate host CNN revealing that Warren accused Sanders of calling her a liar on national television.