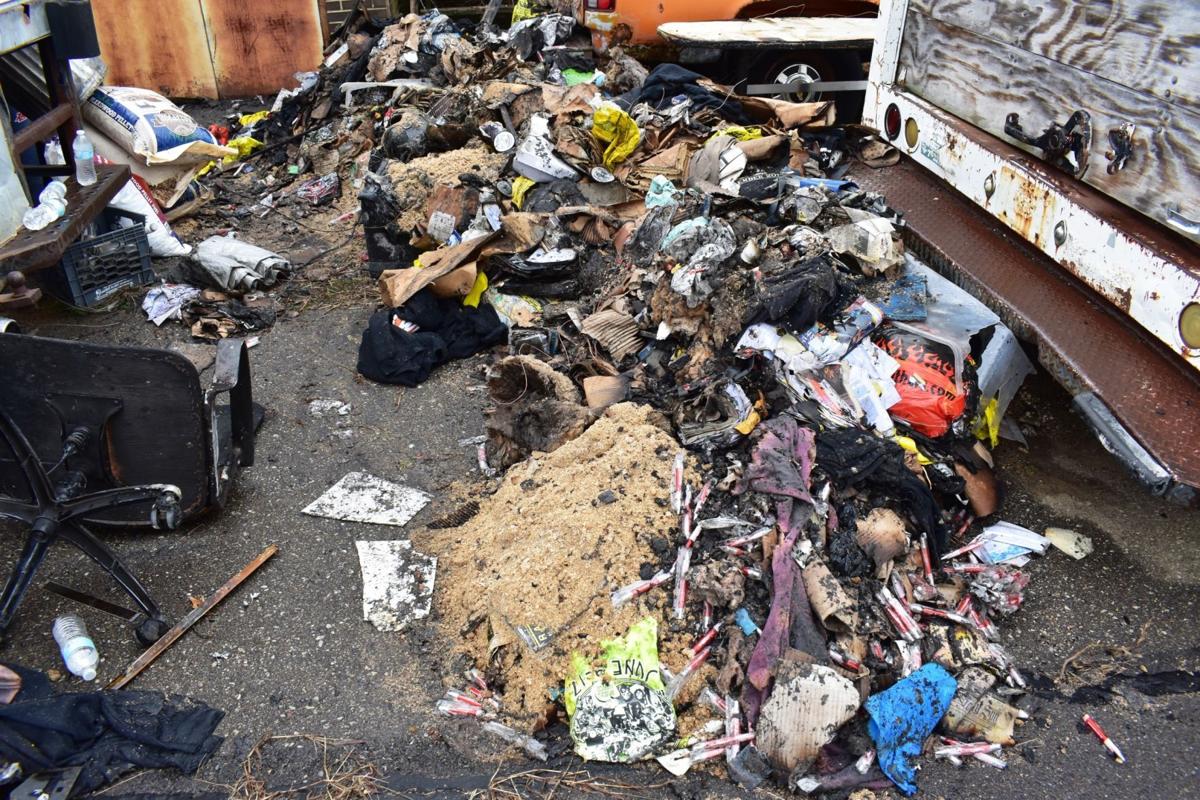 Debris lies outside the Laconia Motorcycle Week Association headquarters on Union Avenue in Laconia on Monday after it was struck by fire. 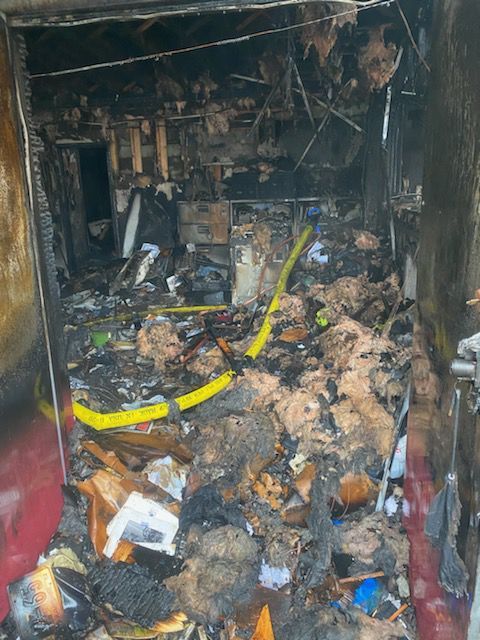 The interior of the Laconia Motorcycle Week Association headquarters on Union Avenue in Laconia on Christmas Day, soon after a fire was extinguished.

Debris lies outside the Laconia Motorcycle Week Association headquarters on Union Avenue in Laconia on Monday after it was struck by fire.

The interior of the Laconia Motorcycle Week Association headquarters on Union Avenue in Laconia on Christmas Day, soon after a fire was extinguished.

LACONIA – A Christmas Day fire gutted the first-floor headquarters of the Laconia Motorcycle Week Association and temporarily trapped a resident in a second-floor apartment.

“We lost all of our historical archives, memorabilia — of which we had an awful lot — all of our inventory, all of our stock, all of our office equipment and computers — pretty much everything, and most tragically, we lost our office cat, Ashland,” Charlie St. Clair, the association’s executive director since 1991, said Monday.

St. Clair estimated losses to be in “the hundreds of thousands of dollars.”

Reported at 9:53 a.m. Friday, the two-alarm fire at 1105 Union Avenue remains under investigation but is believed to be electrical, Laconia Fire Chief Kirk Beattie said.

The chief said because “there was a lot of storage and a lot of merchandise” on the first floor, the conditions made “for a very hot, very smoky fire.”

Beattie said a bystander alerted firefighters to the apartment resident trapped on the second floor, who was removed and later refused medical treatment. A firefighter suffered a minor knee injury and was treated at the scene, said Beattie.

St. Clair is well-known for his role with Laconia Motorcycle Week, which traces its roots to a Gypsy Tour stop a group of riders made in The Weirs section of Laconia during the summer of 1916.

Normally thrumming with activity, the association offices had slowed down during the coronavirus pandemic “but I’d be in there several times a day,” said St. Clair.

“And like I said, we had a lot of inventory and we had just received some shipments — shirts, sweatshirts, pins, patches — you name it” – which was lost in the fire, he said.

The association had planned to include many of the items in its centennial celebration in 2023, he said.

St. Clair said Ashland the office cat also appears to have been claimed by the fire.

“He was just a really beautiful cat. He was such a motorcycle-friendly cat. He loved everybody,” St. Clair said.

Gilmanton police continue to investigate what appears to be the accidental death of a man Tuesday afternoon.

Most New Hampshire prisons and jails are taking steps to deliver the coronavirus vaccine to inmates who meet the state’s Phase 1B requirements, officials said Tuesday.