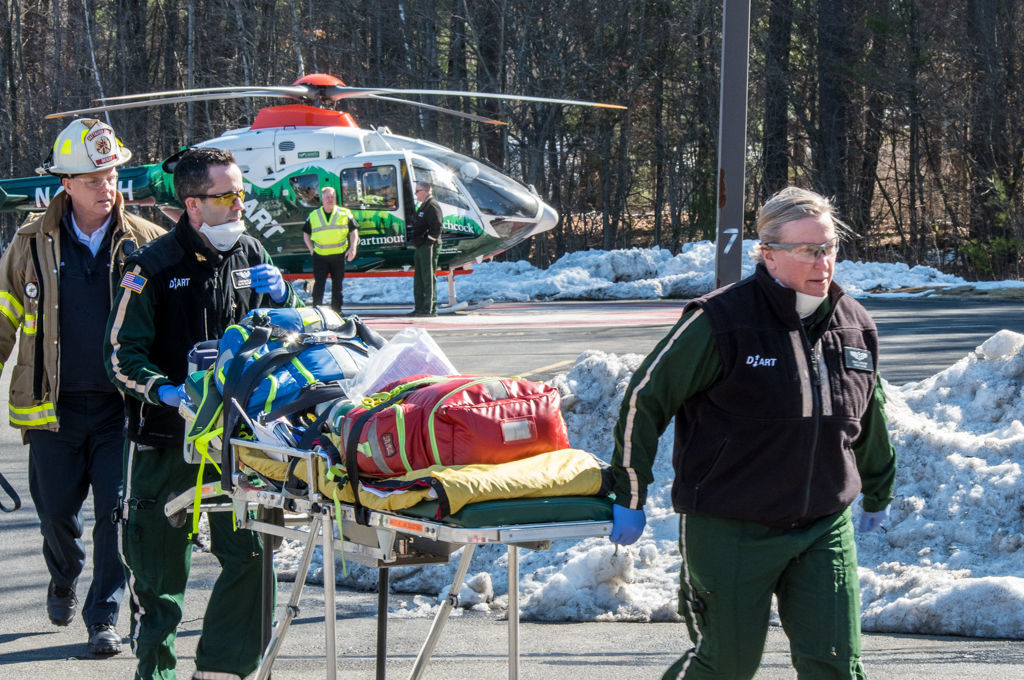 A construction worker was struck by a car Thursday and taken to Parkland Medical Center in serious condition. The flagger would later die from his injuries. 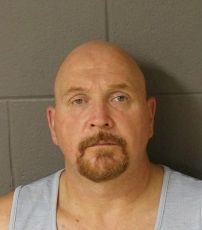 A Derry man accused of striking and killing a flagger in a construction zone Thursday admitted to officers that he took oxycodone and other prescription drugs earlier in the morning, according to a police affidavit.

Kevin M. Nagle, 49, of East Broadway, Apt. 2, is being held without bail in preventive detention at the Rockingham County jail on two counts of negligent homicide and one count of reckless conduct with a deadly weapon following the death of George R. Theriault, 73, of Manchester.

One of the negligent homicide charges alleges that he was under the influence of a drug or a combination of drugs at the time of the accident.

When questioned by police after the crash, Nagle reported that he took multiple prescription drugs, including oxycodone, celebrex, methylphenidate, and etodolac, Thursday morning, the affidavit said.

Derry police officer Charles Doherty noted in the affidavit that oxycodone is a narcotic that can cause drowsiness and may impair someone’s ability to drive.

Nagle has a history of substance abuse, according to an assessment interview report from the Rockingham County House of Corrections.

Officers were called to the area of 122 East Broadway in Derry just before 9:30 a.m. for a report of a pedestrian hit by a vehicle.

A construction zone was set up on the westbound portion of East Broadway for a road repair job and was marked with traffic cones with traffic being allowed only in the eastbound lane, he said.

Witnesses told police that Theriault was in the roadway wearing high visibility clothing with a stop/slow paddle. They reported that there was no traffic driving eastbound and that Theriault was waving for traffic from the westbound lane to travel through the construction zone.

Witnesses reported that a couple of vehicles in front of Nagle’s black 1998 Toyota 4Runner moved over to the opposite side of the roadway to pass through the construction zone, but when it came time for Nagle to begin to shift into the other lane he continued straight and drove into Theriault, who was thrown into the air and landed on the sidewalk.

After striking Theriault, Nagle allegedly continued to drive without braking and almost hit Michael Hackett, who was working in the construction zone. Hackett told police that he was able to move out of the way to avoid being struck.

Hackett told police he saw Nagle pull onto Hoodkroft Drive and got out of his SUV.

When questioned about the accident, Doherty said Nagle told him that he saw Theriault standing in the roadway with his road sign and high visibility gear.

“Kevin Nagle said he was driving straight and a vehicle that was passing him from the eastbound lane swerved over to his lane a little, causing him to have to continue to drive straight. Kevin Nagle said he could not move over to avoid colliding with (Theriault) and struck him as he stood in the roadway. Kevin Nagle did not know he almost struck another pedestrian and then pulled off on Hoodkroft Dr.,” Doherty wrote in the affidavit.

While interacting with Nagle, Doherty reported that he had “pinpoint pupils,” which indicated possible prescription or recreational drug use. He also wrote that Nagle was swaying, unsteady, and had slurred speech. Police also allege that a field sobriety test indicated that he was impaired.

A traffic controller at a construction site near Hoodkroft Country Club died Thursday after he was struck by an SUV.

In New Hampshire’s third fatal climbing fall in a week, a hiker plunged to his death Saturday evening from Arethusa Falls in Livermore.

A resident of a Colebrook apartment building died after being unable to escape a fire Sunday morning, according to the state Fire Marshal’s Office.

Manchester toddler on mend after third-degree burns from grease fire

MANCHESTER — Seventeen-month-old Easton Rosen is in good spirits after undergoing a surgery Friday at Shriners Hospitals for Children in Boston after receiving third-degree burns on his head during a kitchen grease fire last week, but is scheduled to have more surgeries this week.

A kayaker was struck by a boat while paddling Saturday on Lake Winnipesaukee in Gilford, New Hampshire Marine Patrol said.