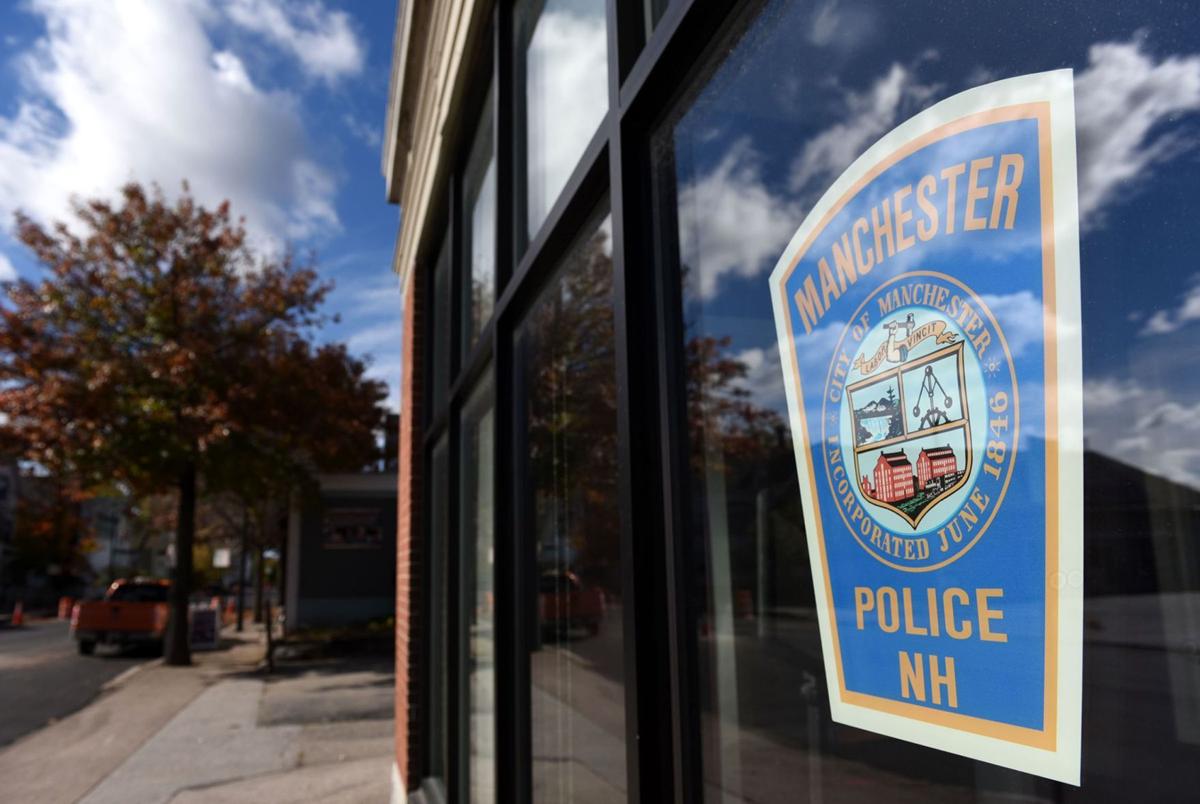 Manchester city government has been in a standoff with the Manchester Police Patrolman’s Association union and fired officer Aaron Brown.

Arbitrator ruled he should be rehired

Below are excerpts of a Manchester Police Department internal affairs interview with Aaron Brown on March 16, 2018, about a month before he was fired.

Much of the interview focused on a May 2017 text exchange between Brown and his wife, when he was working on a joint drug case with the FBI in Dorchester, Mass. He wrote in two texts: “I got this new fancy gun. Take out parking tickets no problem. FYI ‘Parking tickets’ = black fella.”

The following transcript is contained in Brown’s arbitration proceedings:

Brown: If it occurred, yeah, absolutely. But that’s my point to her (his wife).

Patterson: Having been to Dorchester, right? It’s not a hundred percent Black. So, why would you just say “I got this new fancy gun” and “take out parking tickets no problem.” Why not “Don’t worry, honey, I’ll be able to protect myself.” “Don’t worry honey, we’ve got this. All the guys here are good.” “Don’t worry honey, we’re all set.” You specifically use the phrase “parking ticket no problem.” And that it’s a “black fella.” Somebody on the outside looks at this and reviews this and says “Hmm, that looks like racial profiling to me.” This is the definition of racial profiling, talking about a specific race and singling out that specific race. Correct?

McCabe: It’s a yes or no question.

Patterson: So you use that term “parking ticket” in a negative connotation. True?

Patterson: About Black people. So you do have prejudice leanings?

Patterson: OK. And there’s another one where you mention — talking about parking tickets again. This is on the 22nd of August of 8:40 in the evening. Your wife says, “What are you doing at work tonight?” You say, “The usual. Currently putting the stalk on a parking ticket, like the big jungle cat that I am.” ... So, it appears to us, in reading this, that you have a problem with Black people.

Brown: I wouldn’t say I have a problem with Black people.

Brown: No, not in the least.

Patterson: You just call them parking tickets, because why?

Patterson: Where have you heard that?

Brown: In and amongst other law enforcement realms.

Patterson: OK. Not that I would have, but I’ve been in law enforcement for 20 years and I’ve never heard that....

Patterson: So can you explain this then? All right, so this is Oct. 2nd in the evening. This is your wife: “Just heard (REDACTED) make (REDACTED) pinkie promise to call a female dog a female dog and not a bitch. I’m guessing we can thank (REDACTED) for that one too.” (Brown reply): “Yup, I suspect that’s the case. Little s---face. Should go down there and slap the black off him.” What does that refer to?

Patterson: “Slap the black off him,” means to straighten him out?

McCabe: ... How do you explain the “black”? Where’s the black come into play? What does that refer to if he’s White?

Brown: He is. Yeah, he’s — he is White. His dad’s White. His mom is — She’s not Black. I don’t know if she’s like Spanish or something, but definitely not Black.

McCabe: So he is mixed race?

Brown: He might — Yeah, he could be. Could be mixed race.

McCabe: So what does the term “slap the black off of him” mean, then? If you’re saying he’s not Black, why do you — where’s the Black come into play?

Patterson: But you did. It’s right here.

Brown: Yeah, it’s written there, but I’m trying to think what else I would have been saying, like the bag off him or “slap” something — I don’t know — I don’t know why I would put “black” talking about him....

Patterson: But taken in context with the rest of these, do you see why we have a concern with this?

Patterson: That it appears that you have some definite racist, prejudicial leanings, and that we have concerns with that?

Patterson: OK. And the fact that, you know— do you feel that this is proper or — or good for somebody that’s working in your position, in our field, to have this kind of --

Brown: Well, I guess, what — what my point of view is: We’re all allowed to have our views on things. Now I don’t go out and specifically target, you know, people of minority, and I think all my activity would supposed that, if you look at all of your arrests --

Patterson: OK. So if we did a run on all of your arrests --

Patterson: — we wouldn’t find a high proportion of minority arrests --

Patterson — or dealings with --

Brown: Not even close.

Paterson — or assaults or --

Patterson — anything of that nature?

Brown: Not in the least.

Patterson: So, you don’t think that you’ve allowed, you know — obviously what your personal feelings are — you haven’t allowed that to affect your job performance --

Brown: No not in the least.

Patterson: — in any way shape or form? 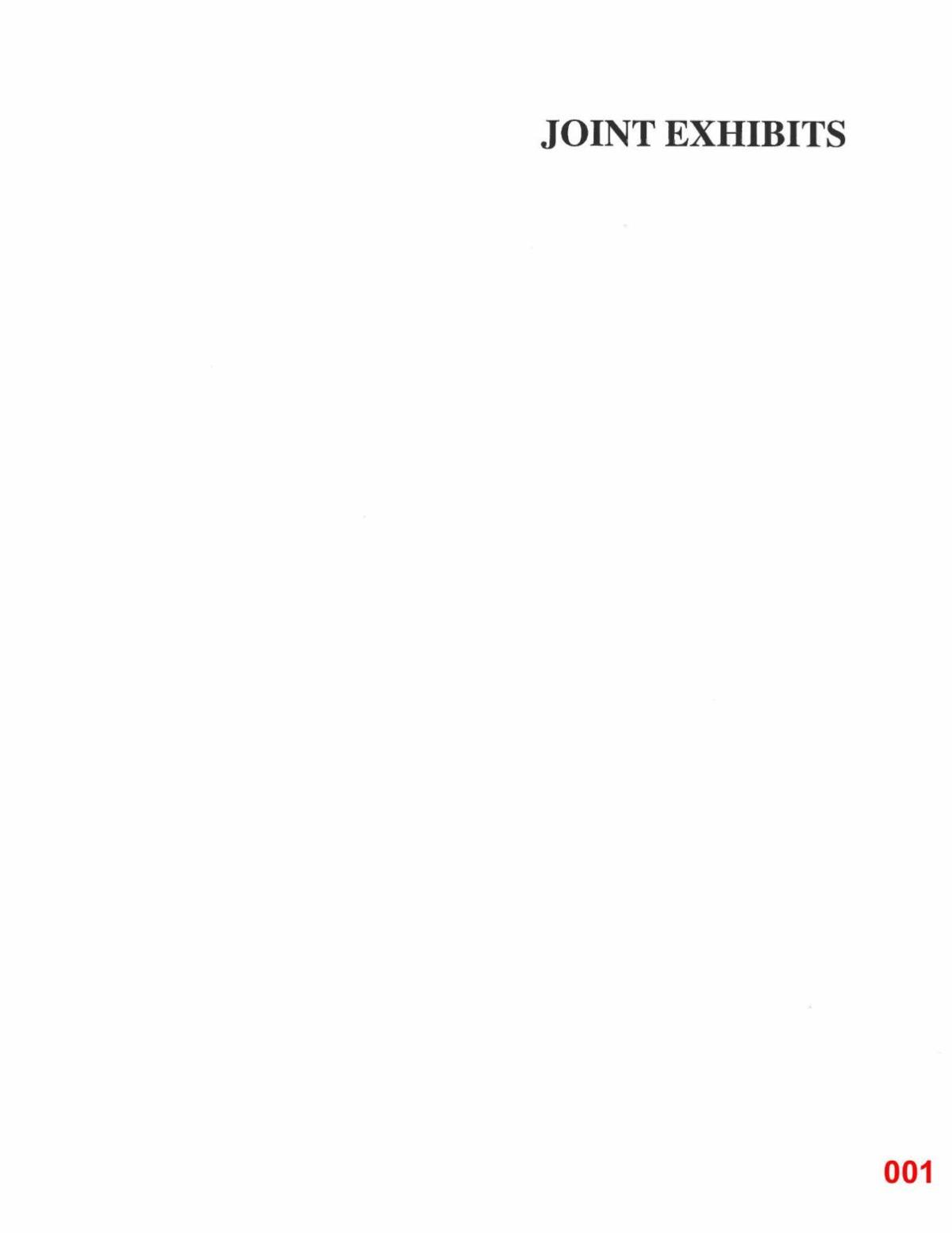 Despite admitting to making derogatory comments about African Americans, fired Manchester police officer Aaron Brown insisted to internal affairs investigators he is not a racist, according to almost 600 pages of personnel documents released by the city.

Brown called Black men “parking tickets,” saying he heard others in law enforcement use the term, according to the files. He admitted to making comments that referenced insulting stereotypes, such as African Americans liking fried chicken. And he texted his wife that he should “slap the black off” a mixed-race neighborhood kid bothering his children.

“(I) might be prejudiced but definitely not racist,” Brown told investigators in a March 2018 interview. “I think I like to either mock or make fun of the stereotypical norms for other races.”

The files also show that under an arbitrator’s award, Brown continues to accumulate pay of $1,540 for every week that the city refuses to rehire him.

His back pay and benefits amount to about $139,600 so far, based on amounts outlined in the document.

The documents released Monday amount to 597 pages in PDF format.

The files were released in response to Right-to-Know requests by the New Hampshire Union Leader and the ACLU-New Hampshire for information about Brown’s termination. Some pages are heavily redacted and others are completely redacted.

The city is in a standoff with the Manchester Police Patrolman’s Association union and Brown.

Brown, a 13-year MPD veteran, was fired in April 2018 but later ordered returned to his job by an arbitrator who has determined that racist comments he sent to his wife on a department-issued cellphone were not sufficient to justify his termination.

The city has refused to rehire Brown. A telephone message left with one of his lawyers, Mark Morrissette of Manchester, was not returned Tuesday.

A leader in Black Lives Matter-Manchester said heavy redactions to the file paint an incomplete picture. But Ronelle Tshiela, co-founder of BLM-Manchester, said the file shows that substantial reforms are needed, and police unions are an obstacle to holding problem cops accountable.

“It’s hard for us to think about how we can repair relationships with the police force when things like this are allowed to happen,” said Tshiela, a member of Gov. Chris Sununu’s commission on police accountability.

“It’s discouraging, it’s extremely disappointing, and it’s disgusting we even have to talk about it,” she said.

Files first to be released

The release of portions of the Brown file is the first following a New Hampshire Supreme Court ruling earlier this year overturning a long-standing precedent that public employee personnel files were exempt from disclosure.

Rice’s office spent weeks with Brown’s lawyers determining what portions of the file should be public and what should be redacted. For example, former Police Chief Nick Willard cited eight reasons for firing Brown in an April 11, 2018, termination letter. Only two of those were not blacked out.

Stipulation 7 stated that Brown joked about shooting Blacks, whom he called “parking tickets,” in a text to his wife.

Stipulation 8 quoted another Brown text to his wife — that he was stalking a “parking ticket ... like the big jungle cat that I am.”

During his interview with an internal affairs investigator, Brown said he didn’t know the significance of the term “parking tickets” for Blacks. But he said he heard it used “in and amongst other law enforcement realms.”

Brown was working on a joint drug investigation with the FBI in Dorchester, Mass., when he used the term in texts with his wife.

Meanwhile, portions of the file favorable to Brown were only lightly redacted. For example, his two officer-of-the-month citations and 11 generally positive employee performance reviews were nearly untouched.

“Detective Brown has not only proven to be highly effective in affecting arrests but has also cultivated several confidential sources of information due to his ability to communicate and establish a rapport with individuals who possess valuable information,” read a 2017 review.

It also noted that he had been exonerated of wrongdoing that year. Those details were redacted.

Also redacted was previous information that has been public. For example, files that the Union Leader has obtained from an outside prosecutor and a state labor board say Brown also was fired for intentionally damaging property during warrant-authorized searches.

Brown also was one of two officers accused of coercing a Manchester woman into sex. The city has paid $45,000 to settle the claims. Information about both those incidents was redacted.

The file also contains heavily redacted interviews with eight of Brown’s coworkers. All said they were unaware of the term “parking tickets” as a reference to Black men.

Two said Brown used the term “Negro” to refer to Blacks on occasion.

“He’d say stuff jokingly regarding black people in that he would refer to them as Negros,” another officer said. One detective said Brown was usually in a good mood when he entered the room. “He would walk in and say ‘What’s up my n-----s or ‘What’s up homeys.’”

The detective believed the remarks were a joke and not racially motivated.

An arbitrator consistently has ruled that Brown did not deserve to be fired for the text messages he exchanged with his wife and should only be suspended for 30 days without pay.

Two former police chiefs — Willard and Carlo Capano — and Mayor Joyce Craig have said Brown has no business being a police officer. In a recent letter to state officials who certify police officers, his lawyer — John Krupski — has said the city illegally fired Brown.

FARMINGTON, Maine — A Wilton man was pinned in his overturned pickup truck Monday afternoon after a collision with a tractor-trailer on Routes 2 and 4, according to police Patrolman Jesse Clement.

The Attorney General’s Office has released the names of six state troopers involved in the fatal shooting of a Vermont man in Claremont last month.

Neighbor of fatal fire victim: Smoking, oxygen could be factors in death

The Manchester woman who died in an early-morning fire was a heavy smoker who had suffered serious burns in the past when her cigarette ignited her oxygen supply, a grief-stricken neighbor said Monday.