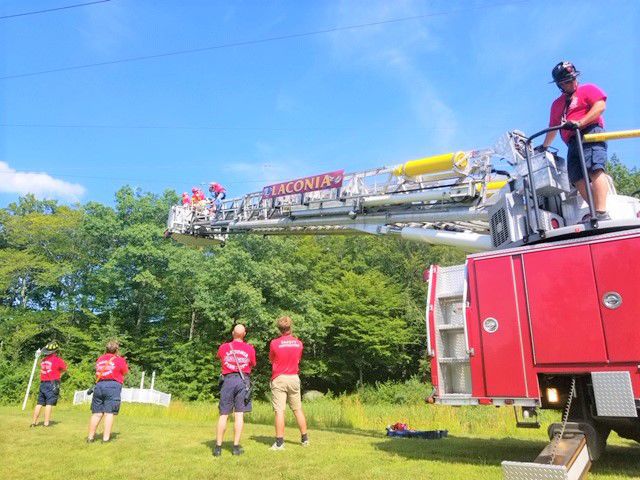 Laconia firefighters used a ladder truck to help a teen down from a zipline Sunday. 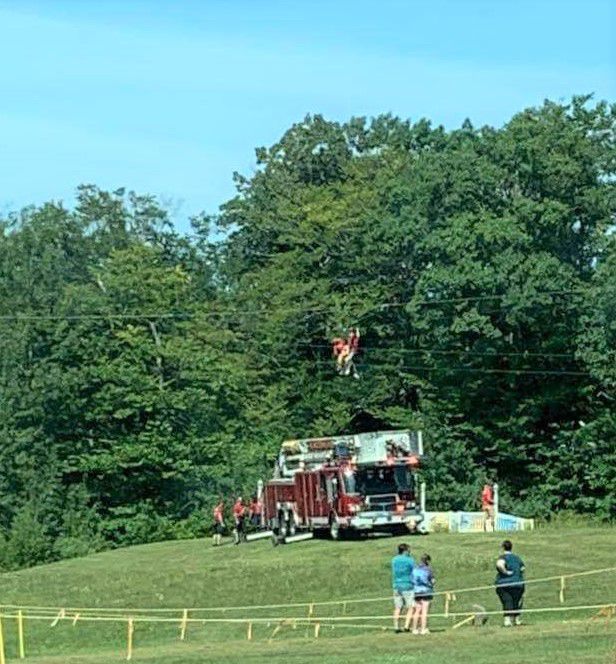 Laconia firefighters use a ladder truck to rescue a girl stranded on a zipline at a Weirs attraction Sunday.

LACONIA — The fire department deployed its ladder truck to rescue a teenager who became stranded on a zipline suspended 40 feet in the air over a pond at a popular Weirs attraction Sunday afternoon.

When the girl was unable to reach the landing platform at Monkey Trunks’ Weirs Beach Zipline Tour and Adventure Course, two employees also wearing helmets and harnesses on the zipline made their way out to her.

Unable to get the girl to the platform, they remained with her as another employee called for emergency assistance.

Firefighters responded to 379 Endicott St. North at 2:43 p.m. Lt. Lisa Baldini, with the first engine on scene from the Weirs station, reported three people were suspended on a zipline some 40 feet off the ground above a pond.

Additional personnel and equipment were requested from the Central station, which brought the ladder truck, an ambulance, the rescue truck and six additional firefighters who arrived on scene at 2:53 p.m.

The patron and one of the employees were evaluated by medical personnel at the scene, but did not need to be taken to the hospital, according to a news release issued by the department.