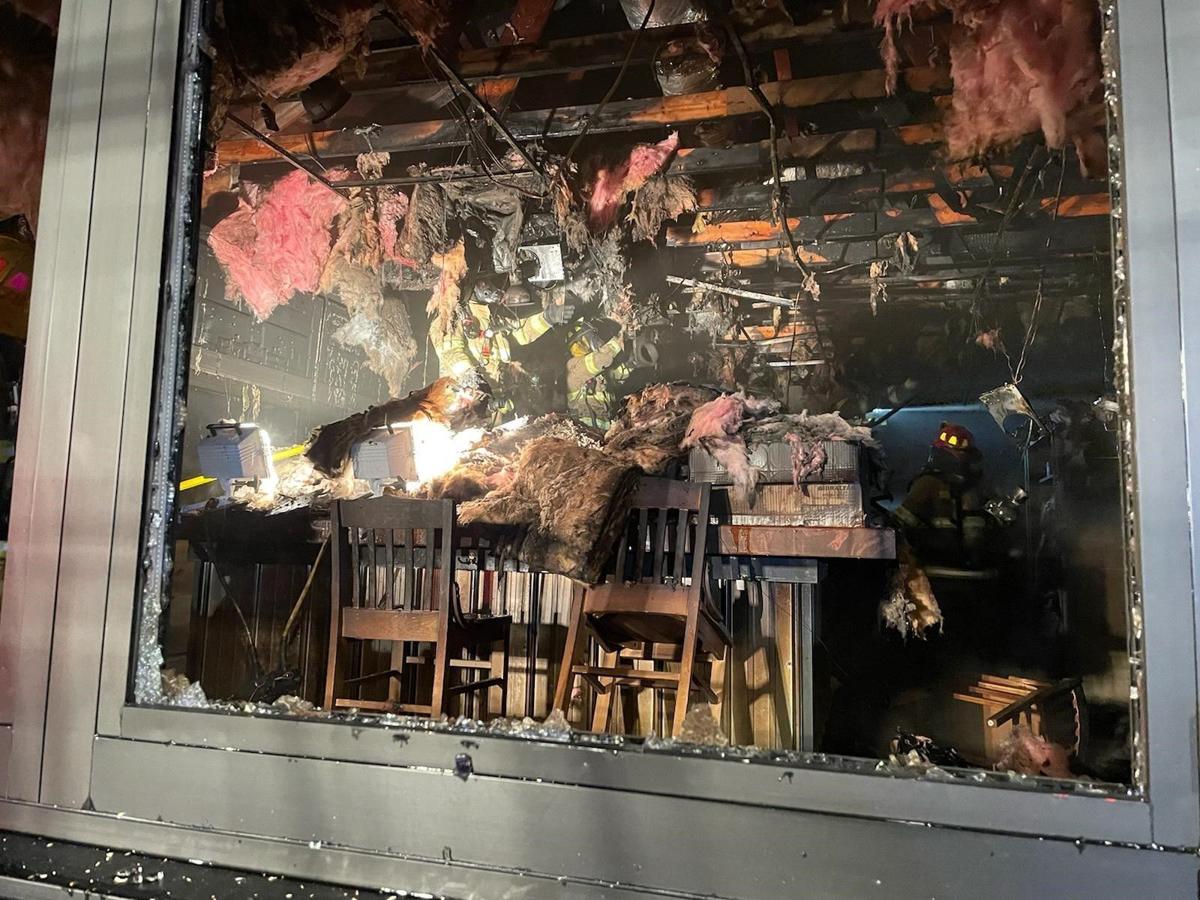 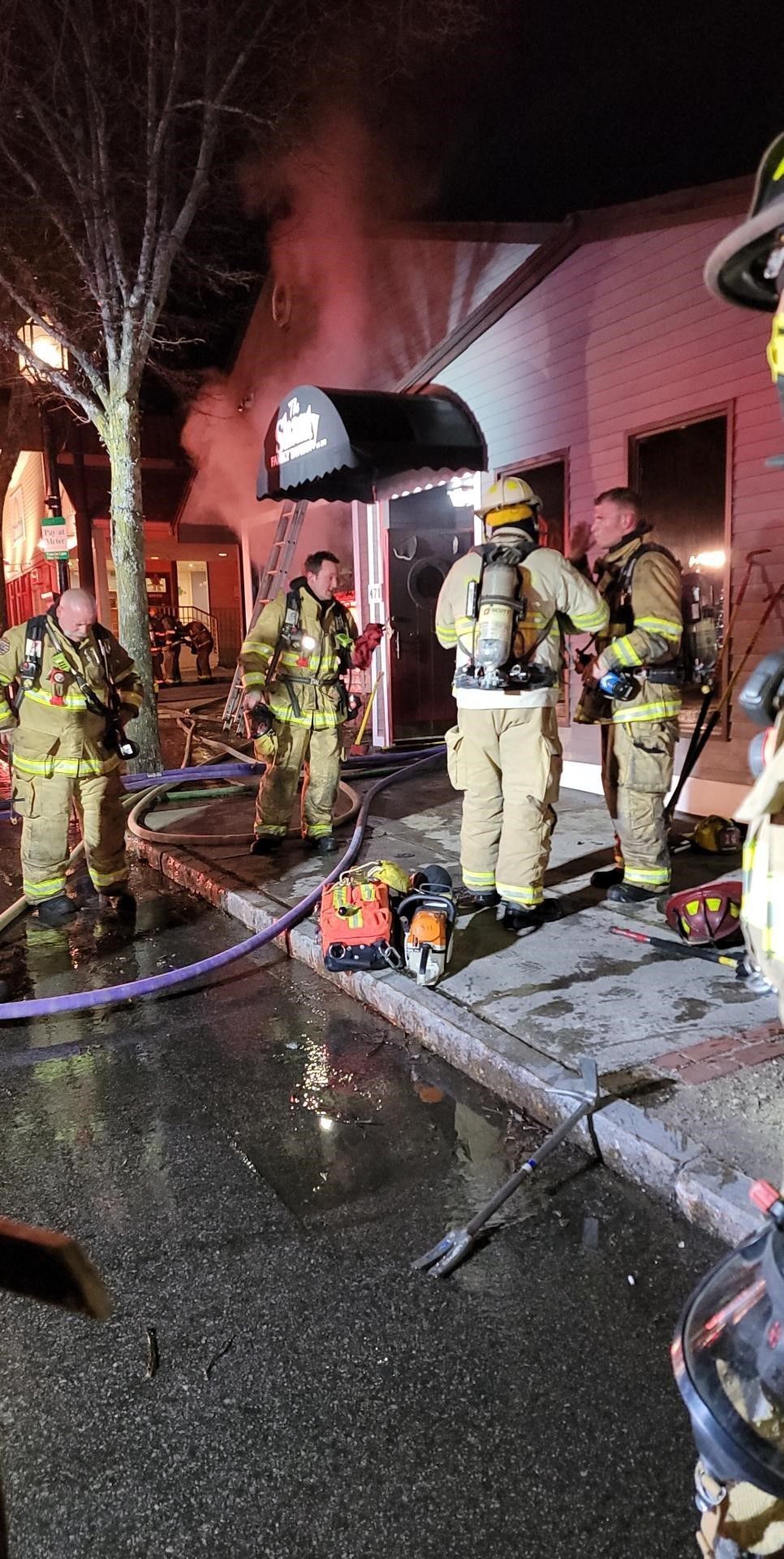 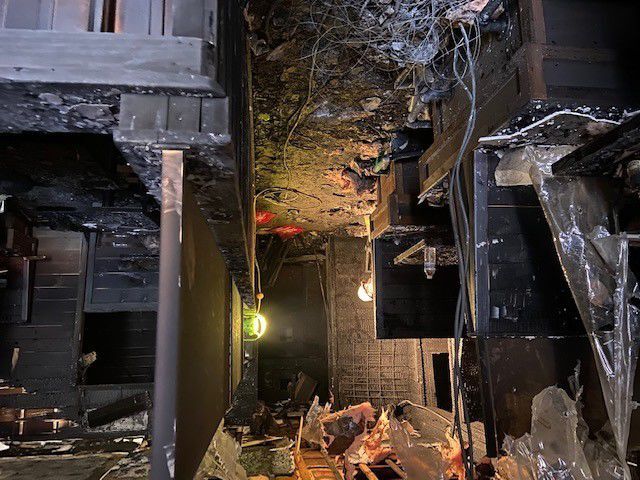 Officials say a fire caused significant damage to a tavern in downtown Dover on Saturday night.

Dover firefighters responded to a 911 call from a passerby around 11:30 p.m. Saturday reporting smoke coming from the roof, sides and the front door of The Shanty Family Tavern at 471 Central Ave.

Upon arrival fire crews reported heavy smoke coming from the back of the building. The plate glass windows at the front of the restaurant were stained with smoke from the interior and extremely hot to the touch, fire officials said.

“Crews made their way through the front door, where they met with high heat, heavy smoke and fire,” said Dover Fire Chief Paul Haas in a statement.

Haas said firefighters were able to knock down the blaze using multiple hose lines. Crews spent an hour searching for and extinguishing remaining pockets of fire in the ceiling and walls throughout the interior of the restaurant.

Haas said officials believe the fire was burning unnoticed for some time before smoke became visible on the outside. The restaurant suffered significant damage in the blaze, Haas said.

A Facebook post indicates the tavern had been closed recently for renovations, but ownership announced on Feb. 28 the restaurant would be “opening soon.”

The cause of the fire is under investigation by Dover Fire and Rescue’s Fire Investigation Team, with assistance from the New Hampshire Fire Marshal’s Office.

No injuries were reported.

A 14-year-old passenger suffered life-threatening injuries when the car she was riding in slid in Friday’s snowstorm and collided with a truck in East Kingston, police said.

WASHINGTON — President Joe Biden faced increased pressure on Friday to stem gun violence amid a rash of mass shootings across the United States, but he faces an uphill battle to significantly change the country’s permissive firearms laws.

A Concord family made a narrow escape from a fire early Friday morning, in their apartment just off Fisherville Road.

Two people died early Thursday morning after their cars collided head-on in the southbound lane of the F.E. Everett Turnpike in Merrimack.