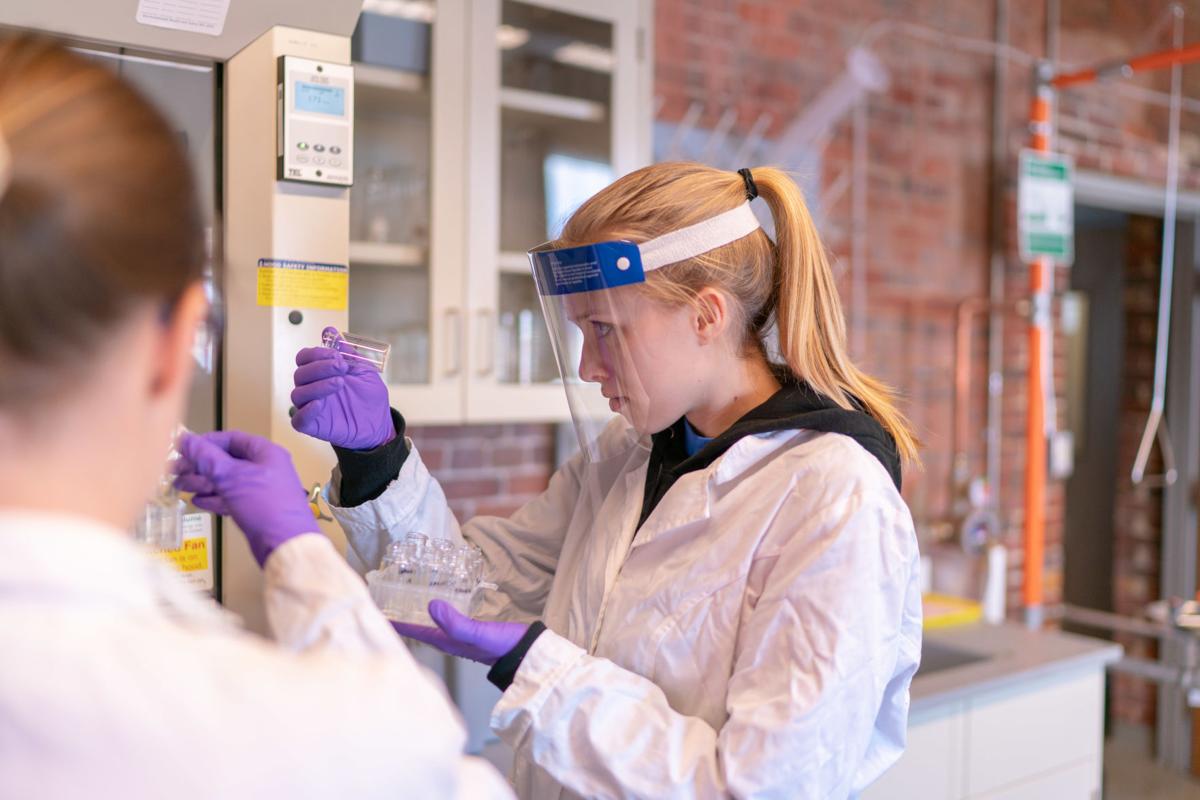 UNH Manchester biotech master’s student Sydney Rollins serves as co-lead on the Novel Methods of Antibiotic Discovery in Space project, one of five experiments chosen by NASA to be sent to the International Space Station in 2022. 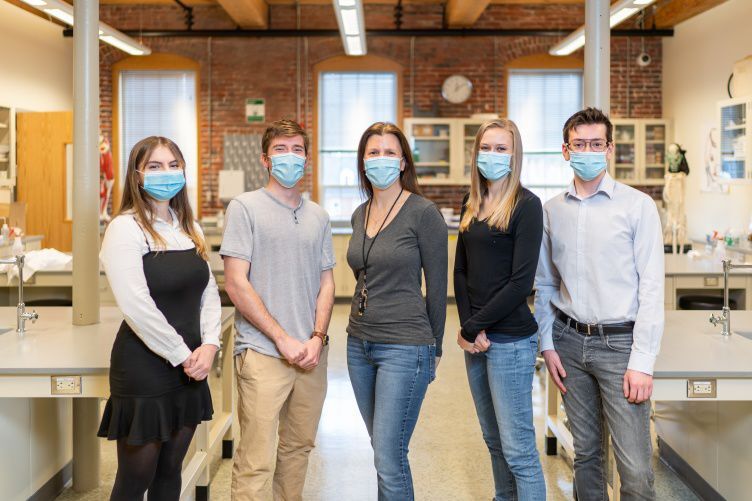 UNH Manchester biotech master’s student Sydney Rollins serves as co-lead on the Novel Methods of Antibiotic Discovery in Space project, one of five experiments chosen by NASA to be sent to the International Space Station in 2022.

With a little help from NASA, a team of University of New Hampshire at Manchester students is preparing to send into space an experiment that started in a Queen City classroom.

To celebrate 20 years of continuous human presence on the International Space Station, NASA is sending five student projects to the space station as part of its Student Payload Opportunity with Citizen Science (SPOCS) program.

One of the five experiments selected by NASA to make the voyage is the Novel Methods of Antibiotic Discovery in Space project, research on the mutation of soil bacteria conducted by a team of UNH Manchester students and their faculty advisor, biology lecturer Suzanne Cooke.

“You can start as a freshman in a Small World Initiative class, and then you can send something off to space with NASA,” said biotech master’s student Sydney Rollins, who serves as co-lead on the project.

The experiment is expected to launch to the space station sometime in 2022.

The project examines how soil bacteria evolve or mutate in space at a faster rate than that observed on Earth and how this affects the production of antibiotic compounds. Cooke believes the results of this experiment could benefit both space exploration and humankind.

“This research could lead to the development of novel antibiotic compounds,” said Cooke. “It could lead to changes in space travel, affect how people live in space for extended periods of time and interact with their environments and help deal with the issue of antibiotic resistance in space.”

Rollins, Raymond Miller, Irma Vrevic and Thomas Gerton make up the original Team Cooke, which has since expanded.

The team will send unknown soil bacteria to the space station for approximately 30 to 45 days without any interaction or observation from the station crew. The experiment will examine if there are more antibiotic-producing bacteria in space versus Earth by comparing a sample sent to space against a control sample that will stay on Earth.

Miller, a pre-M.D./Ph.D. student in the biological sciences program, said this will expand the limited body of knowledge surrounding bacterial resistance in space.

“Antibiotic resistance is one of the top health crises the world will face in the coming decades,” Miller said. “Learning how Earth bacteria change in space not only helps prepare for long-term space exploration, but it could also lead to the discovery of novel chemicals that could be used as new antibiotics.”

“I fell in love with the research,” said Rollins, a biological sciences alumna now pursuing her master’s degree in biotechnology. “We’re applying the skills we’ve learned in our coursework and research projects to our NoMADS experiment, which we hope will contribute to the medical treatment of astronauts as space travel grows.”

Vrevic, a biological sciences major, said she is proud of what the team has accomplished.

“I never imagined having an opportunity to work on something like this,” Vrevic said. “The most rewarding part of the experiment so far has been having the experience to work with others and see it grow into something that will contribute to science and humanity.”

Team Cooke plans to allow middle school students in the Manchester area to submit proposals about which soil the team should use and then assemble a team of middle schoolers who will participate in microbiology experiments.

“The biggest thing is being able to reach out to inner-city school students that may not come from … advantaged backgrounds … introducing them to a really successful way of building their scientific knowledge. You’re able to show that they’re able to go into science fields,” Miller said.

“Research is not inaccessible, anyone can do it,” Rollins said.

Researchers at the University of New Hampshire are studying seedless table grapes with the hope of finding varieties that grow well in the state.

American culture has been projected overseas in various ways: Elvis, blue jeans, Coca-Cola, MTV, Hollywood films. Now, in a program announced Wednesday by the U.S. Department of State, this pantheon will include video games.

Amazon's livestreaming service Twitch announced Wednesday that it will enforce its conduct policy on extreme behavior that happens outside of its platform. That includes deadly violence, membership in a hate group, terrorism, threats of mass violence, nonconsensual sexual activity, exploitat…

After missing 2020 because of pandemic, UFO Festival to land in Roswell in July 2021

The town of Roswell is gearing up to be one of the first in the area to bring back destination festivals since the pandemic with its UFO Festival July 2-4.