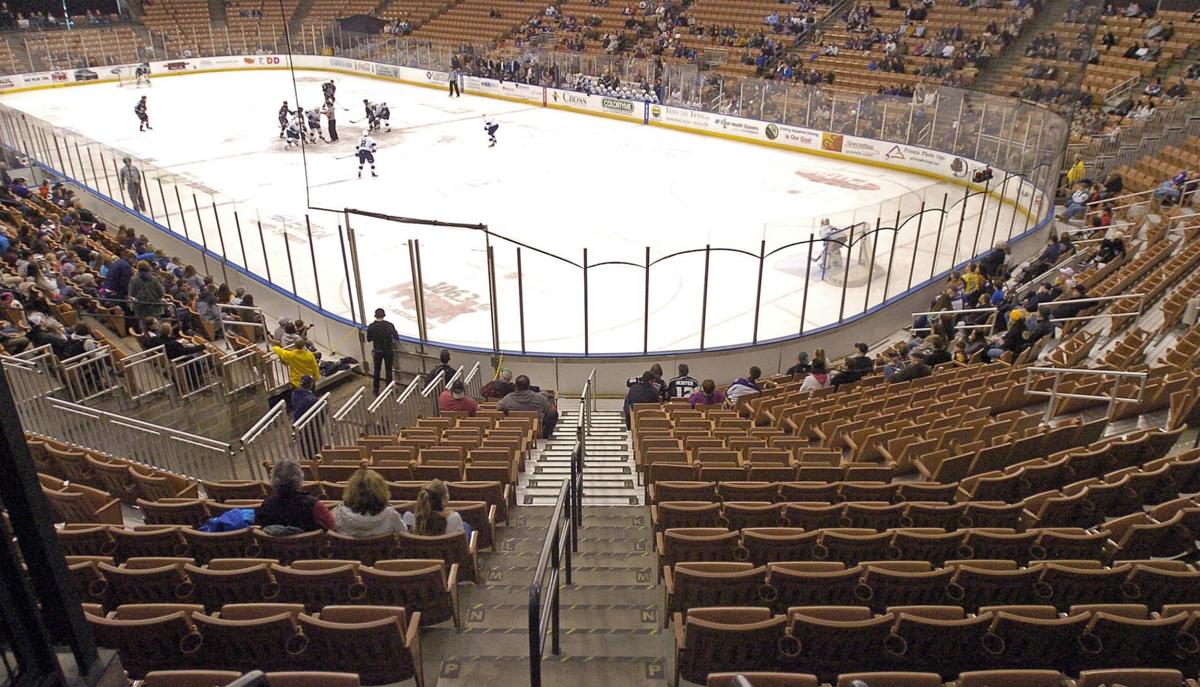 The Manchester Monarchs averaged 2,409 fans per game this season, down from 4,622 in the team’s first season in the East Coast Hockey League in 2015-16. 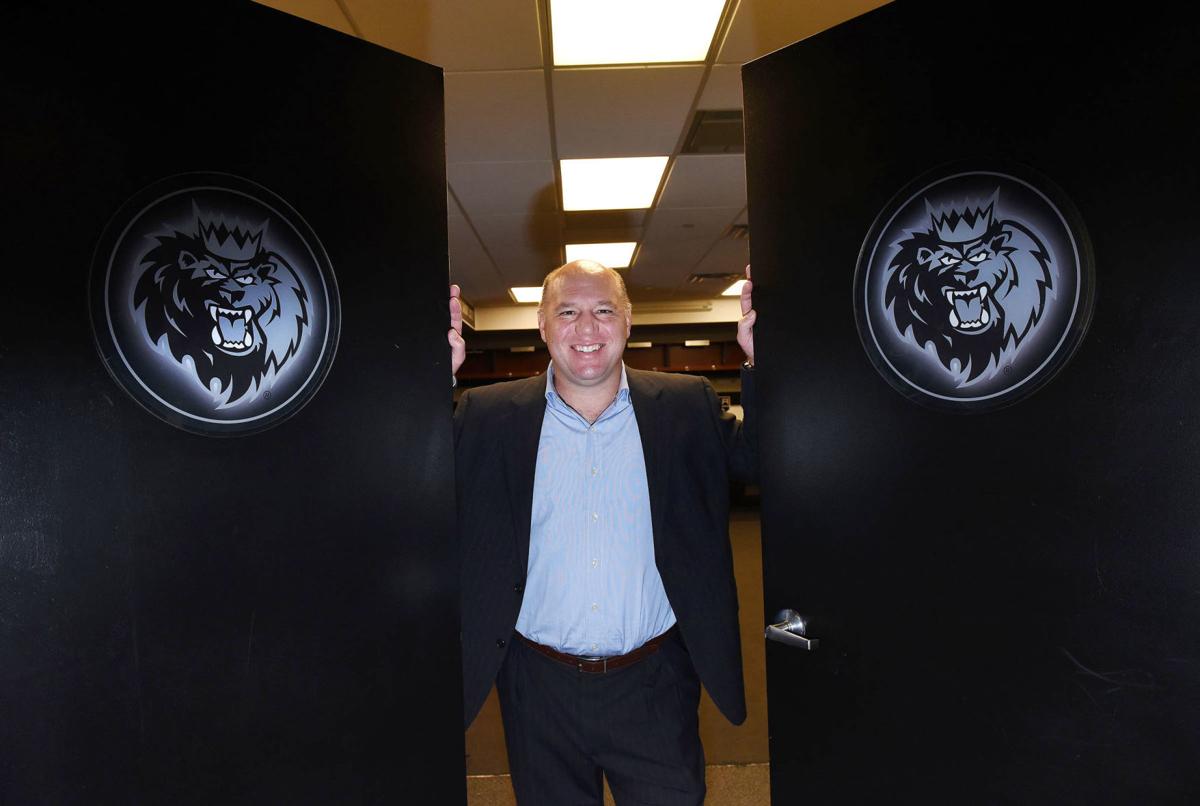 Brian Cheek, CEO of the Manchester Monarchs, stands in the team’s locker room after he and friends bought the team in 2016.

Meanwhile, the Manchester Monarchs hockey team that plays at the arena ranks next to the bottom in league attendance as it hits the finish line for the regular season this weekend.

The team in January announced it was up for sale after less than three years in the hands of its current owners. And this week the team confirmed it was talking with potential buyers.

“With our broker, the Sports Advisory Group, we are conducting diligence on several interested parties, and exercising careful consideration to identify the right next owner of the team,” Brian Cheek, CEO of the Monarchs, said in a statement.

Cheek, through a spokesman, initially agreed to an interview with the New Hampshire Union Leader but later canceled it. He also declined to answer written questions submitted, including whether the Monarchs would play next season in Manchester.

The Monarchs averaged 4,622 fans per game during their first year in the ECHL in 2015-16. Cheek and his ownership group bought the team in 2016.

Through Thursday, the team averaged 2,409 per game this season — about 2,000 less than the league average of 4,398 and 48 percent fewer than during the last season before the current owners bought the Monarchs.

The Monarchs, when part of the higher-caliber American Hockey League, drew a league-best 9,141 fans per game during the 2003-04 season.

Jeff Eisenberg, who presided over that success as the team’s president from 2000 to 2010, now owns a Manchester advertising agency.

“Running a sports team can sometimes be more than it appears when you don’t have a lot of experience doing it,” Eisenberg said.

Pollstar ranked SNHU Arena as the third highest in ticket sales among U.S. arenas with fewer than 15,000 seats during the November-January quarter, but those numbers excluded arena sports tenants. Sold-out concerts included the Dave Matthews Band, Chris Young and Panic! At The Disco.

“It was a busy first couple of months here at the arena,” Senior General Manager Tim Bechert said in a statement.

“At this time, I have nothing to report,” Bechert said in an interview. “We are focused on the team’s push to make the playoffs.”

In his statement, Cheek said, “We are grateful for the support of our loyal fan-base and community partners and we are looking forward to this weekend as we finish the regular season on home ice and secure a spot for a long playoff run.”

Mike Skelton, president and CEO of the Greater Manchester Chamber of Commerce, said the team has been active through the chamber organization.

“We’ve worked with them on a lot of marketing initiatives,” Skelton said.

“I continue to believe the city and our region in general is a strong market for minor league hockey,” he said.

RICHMOND, Va. -- Thousands of armed gun-rights activists filled the streets around Virginia's capitol building on Monday to protest a package of gun-control legislation making its way through the newly Democratic-controlled state legislature.