This billboard, part of a national project by the artists collaborative For Freedoms, is the creation of 5-year-old Sika Bigio-Gottesman. Her dad grew up in Nashua and her grandfather is former State Sen. David Gottesman. 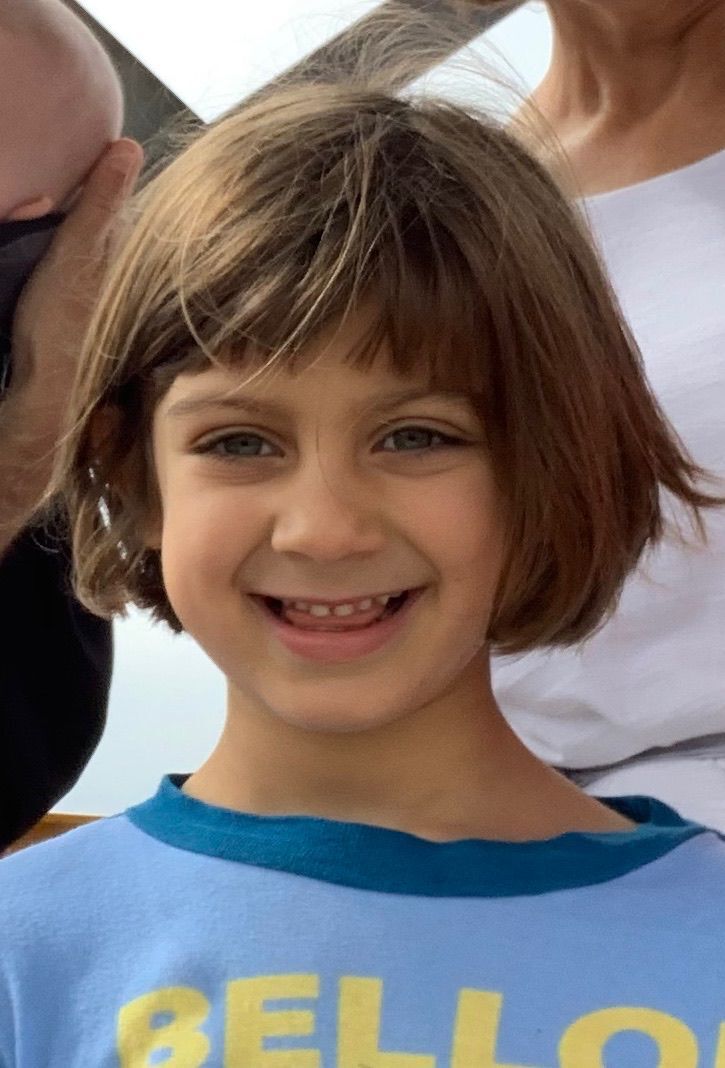 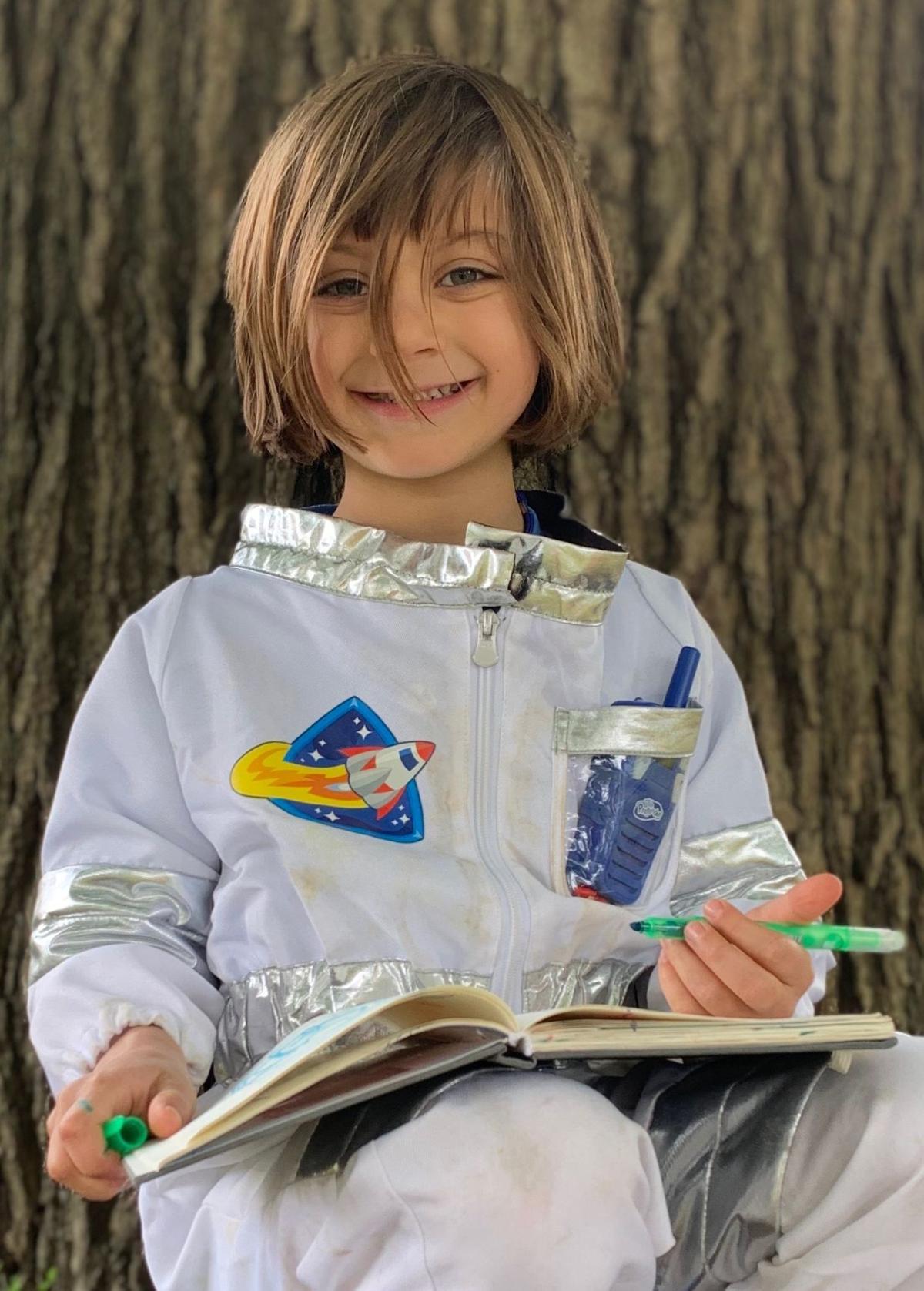 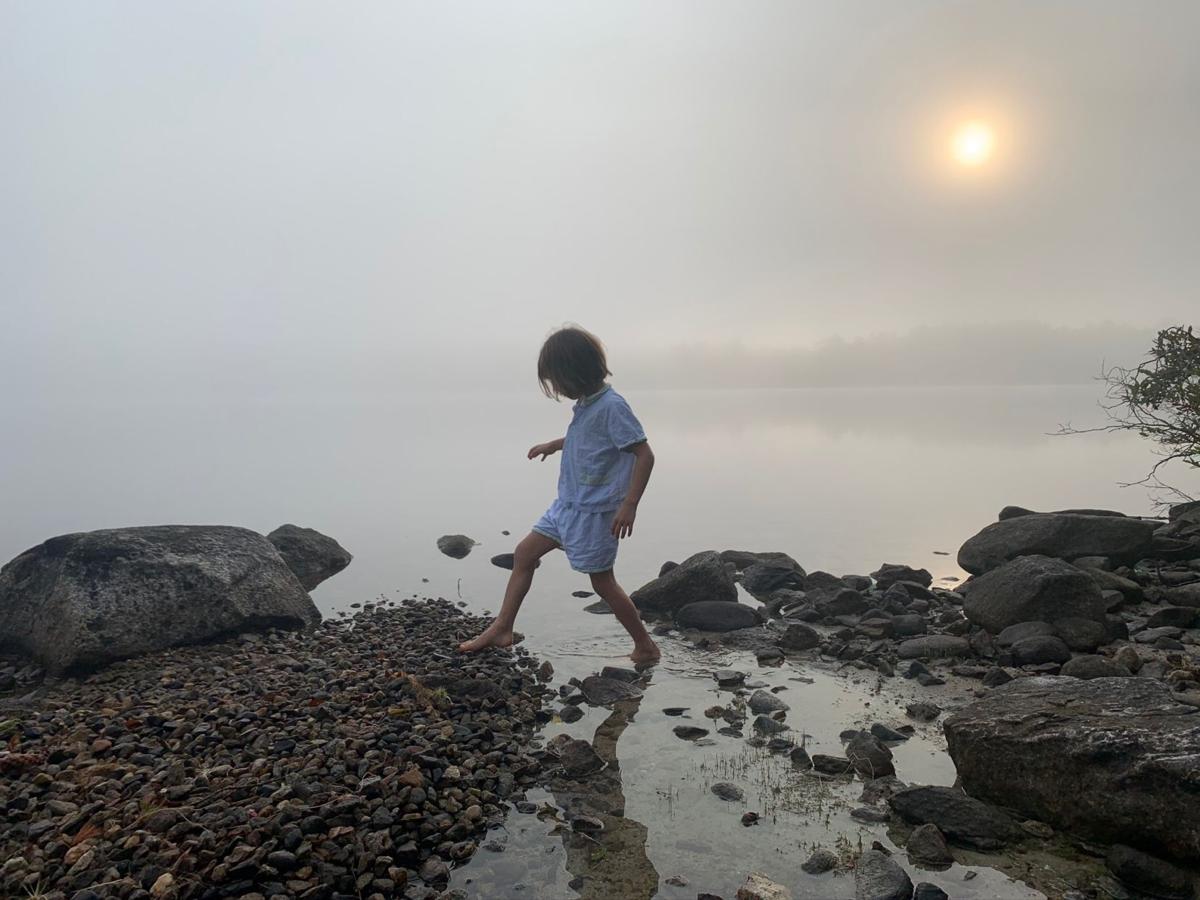 Artist Eric Gottesman captured this photo of his 5-year-old daughter, Sika, on a foggy morning.

This billboard, part of a national project by the artists collaborative For Freedoms, is the creation of 5-year-old Sika Bigio-Gottesman. Her dad grew up in Nashua and her grandfather is former State Sen. David Gottesman.

Artist Eric Gottesman captured this photo of his 5-year-old daughter, Sika, on a foggy morning.

A new billboard on Route 3 in Hooksett features a simple line drawing of a person lying in bed and a question written in a child’s hand: “How late would it be right now if this was all a dream?”

The artist who created it is a 5-year-old girl.

And if her question makes you wonder what it means, that’s just what the billboard’s sponsors had in mind, according to Eric Gottesman.

A Nashua-born artist who now lives in Connecticut, Gottesman is the co-founder of For Freedoms, an artist-led organization that encourages civic engagement, public discourse and direct action. For Freedoms was behind the popular “We Are For Freedoms” exhibit at the Currier Museum of Art last fall and winter, which featured a re-imagining of Norman Rockwell’s iconic “Four Freedom” paintings.

“We’re really trying to think about all the things that have been happening, from the pandemic to the murder of George Floyd to the wildfires,” he said. “And really thinking about what we all need at this moment as we move toward the election and after the election: How we might all try to heal as a country.”

For Freedoms commissioned 50 artists and activists to produce billboards for every state; Gottesman created two that will be displayed in Minneapolis, where Floyd was killed by a police officer.

Many of the billboards pose questions for this difficult time. In Mississippi, the artist asks, “If I stay as I am, how will I become what I want to be?” In Massachusetts, it’s “What are you for?” And in Vermont: “Have you mailed in your ballot?”

When it came to New Hampshire’s billboard, he turned to his daughter, Sika. And what the child came up with, like all art, is open to interpretation by those who see it, Gottesman said.

“Her question is poetic so it means a lot of things,” he said. “She’s an incredibly smart kid.”

For Freedoms is modeling its new civic engagement project after the Wide Awakes youth movement that sprang up in 1860 around the country, including here in New Hampshire, Gottesman said. He thinks Sika’s billboard idea came out of the conversations they’ve had about the work he’s been doing.

“I think it’s a combination of her as a 5-year-old really testing out what the world is around her and also inspired by these conversations we’ve been having about the past and the future,” he said.

“I think she’s thinking these stories about history seem so abstract and unreal, but she’s also getting to see firsthand through our work as a community of artists what these historical movements might look like today.”

Sika shared her own interpretation of the question she posed: “I meant like when we would wake up from our own past … and see new things,” she said in a phone interview.

After the pandemic hit, Gottesman came with his family to New Hampshire for about six months to be closer to his parents. His father is former state senator David Gottesman; his mother, Jean, has always been active in civic life here as well, he said.

The Hooksett billboard will remain up for a month, right through the election, and Gottesman said that was intentional. “Part of the timing of this is to really open a space for different kinds of questions in public discourse than the ones that we hear in this very fraught political environment right now,” he said.

As for his little girl’s message, he said he hopes her question leads people to ask some of their own. “I hope it has a kind of chain reaction,” he said.

WASHINGTON - The U.S. Department of Justice on Wednesday will announce legal action involving an opioid manufacturer, the department said in a statement as officials have sought to stem the decades-long public health crisis involving painkiller addiction.

The Salvation Army is considering applications for its Christmas assistance program in Manchester through Dec. 3.