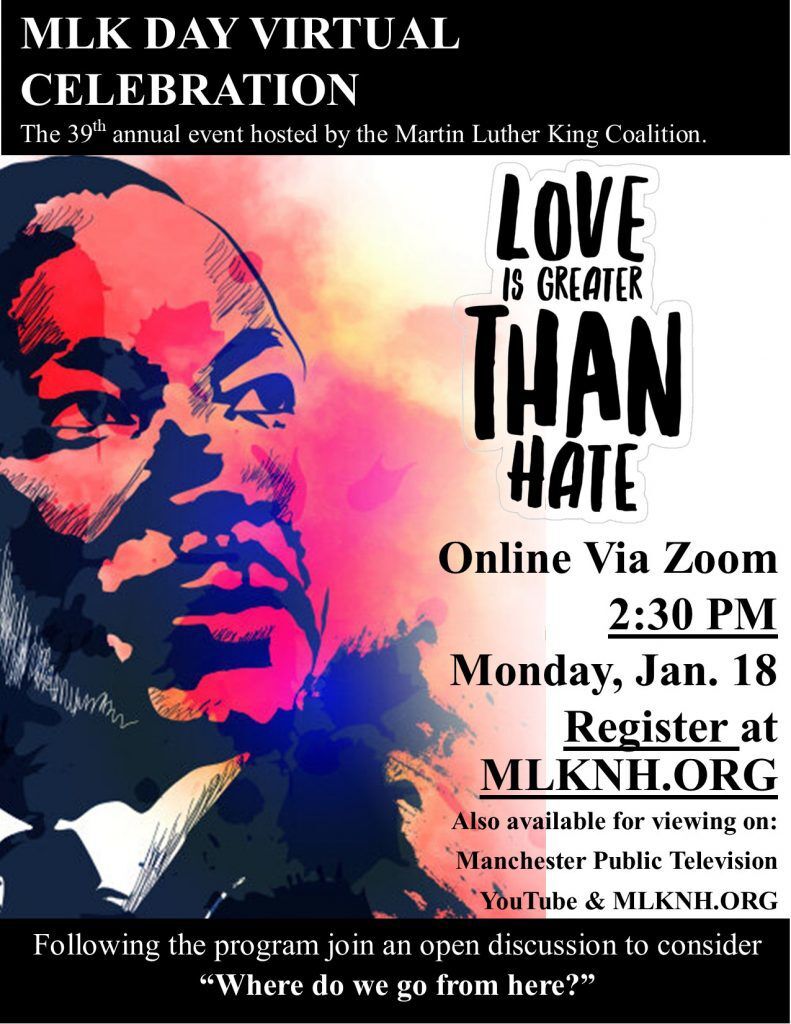 A poster for the 39th annual MLK Day event, which took place virtually this year because of COVID-19. 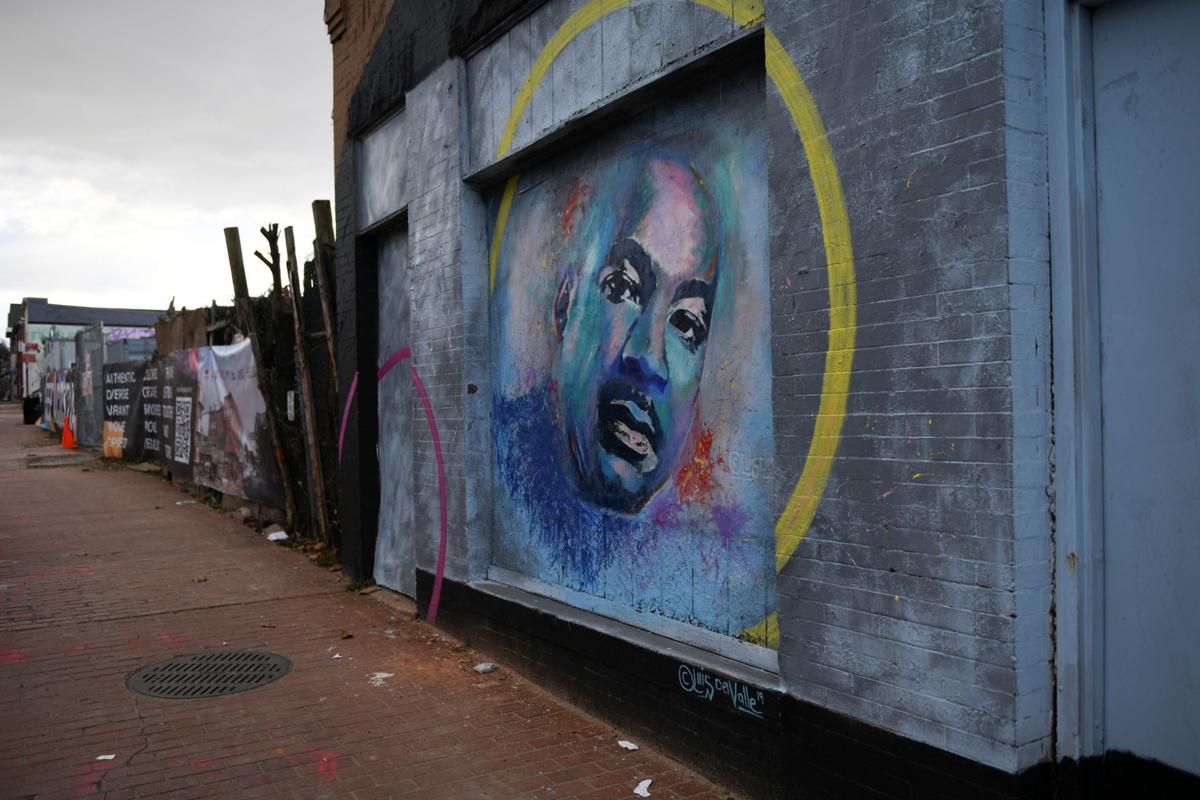 A mural of Martin Luther King Jr. is seen Monday during the celebration of MLK Community Service Day in Washington D.C.

A poster for the 39th annual MLK Day event, which took place virtually this year because of COVID-19.

A mural of Martin Luther King Jr. is seen Monday during the celebration of MLK Community Service Day in Washington D.C.

Unlike previous years, the event took place virtually due to the pandemic.

“Since our last celebration, we have seen many heart-wrenching events, from the killings of George Floyd, Ahmaud Arbery, Breonna Taylor and others to the storming of the Capitol building in Washington, D.C.,” he said. “The words of healing and the philosophy of Dr. King are needed more today than ever.”

King advocated for more than the equality of Black people, McKim said of the civil rights leader assassinated in 1968.

“If you read his writings and listen to his speeches you know he was striving for something much, much bigger: life,” McKim said. “Abundant, harmonious, joyous life for everyone regardless of your race, creed, religion or color.”

The program featured a theme of “Love is Greater than Hate” taken from King’s famous speech. McKim led a virtual choir in the singing of “Lift Every Voice and Sing” — often called “The Black National Anthem” — written as a poem by NAACP leader James Weldon Johnson.

Eleven guests, including U.S. Sens. Jeanne Shaheen and Maggie Hassan and Reps. Chris Pappas and Annie Kuster, read excerpts on video from the “Where do we go from here?” speech King gave at a Southern Christian Leadership Conference convention.

King recognized setbacks would occur in the fight for equality.

“And I must confess, my friends, that the road ahead will not always be smooth,” King said. “There will still be rocky places of frustration and meandering points of bewilderment. There will be inevitable setbacks here and there. And there will be those moments when the buoyancy of hope will be transformed into the fatigue of despair.”

Nearly 100 people took part in a Zoom discussion of King’s words from the speech.

Rabbi Beth Davidson, of Temple Adath Yeshurun in Manchester, spoke in a video of the challenges of COVID-19 and prejudices of the past year.

“2020 may have just ended, but I fear that prejudice against and denigration of people of color will not end unless and until we take up the charge to be the change,” she said.

She encouraged participants to look to people in the past for inspiration, including King, and to carry out their work.

To see the video, go to https://www.youtube.com/watch?v=zODbUJPveYs&t=1670s

The only person ordered jailed in connection with unrest on South Willow Street in Manchester last June — an 18-year-old Black man — filed papers Wednesday to withdraw his plea bargain, citing disparities between his sentence and those of Whites who participated alongside him.

Hillsborough County, which operates the Valley Street jail in Manchester, has agreed to pay $1 million to settle a lawsuit brought by Fern Ornelas, who was rendered paralyzed in 2013 from injuries sustained at the jail or at Elliot Hospital and who died six years later.

She bought ammunition, camping gear, a water purifier and boxes of canned food. Then, Tyler's mother started wearing a holstered pistol around the house, convinced that 10 days of unrest and mass power outages were coming.

WASHINGTON - When a Defense Department civilian employee reports a sexual assault by a civilian colleague, the incident is excluded from a Pentagon database. This information gap needs to be filled, says a new federal watchdog report.